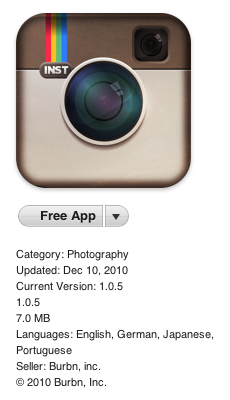 The Instagram developers have been pretty busy recently. The service – which is actually “only” an iPhone app for now – skyrocketed to 100,000 users in its first week and rumor has it 1 million people signed up in the first month. That’s quite an achievement, right? There’s more: the developers quickly released updates to improve the performances of the app and fix bugs and also got Twitter to officially support pictures shared through Instagram on Twitter.com inline media viewer.

Put simply: Instagram is doing great. And with today’s update, we bet it’ll be doing even better. 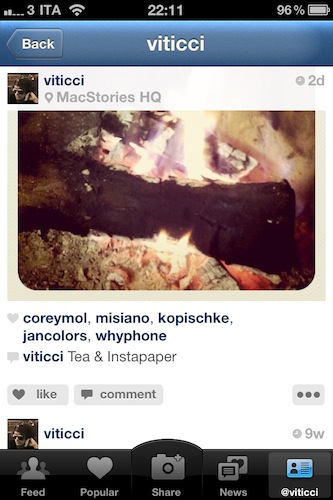 Instagram 1.0.5, released in the App Store a few minutes ago, comes with the usual bug fixes and overall performance improvements, especially in the camera interface. But the update doesn’t stop at optimizations and squashing bugs. Instagram now lets you share pictures on your preferred social networks even after you posted them: to do that, open your profile, tap on photos and hit the “…” button to share again. Posterous is now part of the supported social networks.

The followers / following list has been optimized for better performances, you can now tap on mentions in comments to open users’ profiles and you can also edit your sharing settings without posting a photo.