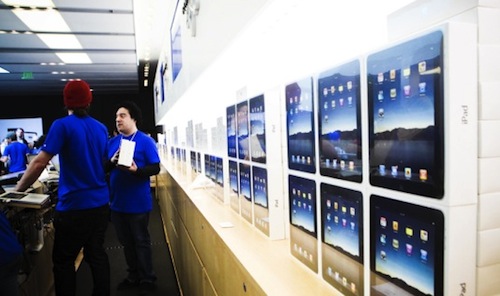 Everyone goes shopping on Black Friday (well, unless you prefer to check out online deals), and Apple Stores are no exception to this trend. With some pretty decent discounts set up for the day after Thanksgiving, we knew Apple was going to sell a whole bunch of iPads and new MacBook Airs on that day – but we may have the actual numbers here.

Most notable in our observations,” he writes, “we noticed that the iPad is gaining traction (driven by lower price vs. the Mac) among demographics in which the Mac has historically not been successful. The bottom line is that Apple’s addressable market is expanding with the iPad.

Munster also states the iPad is “becoming the Mac of the masses”. An interesting statement looking forward.