Everybody’s loving iOS 4.2 for iPad: it brought multitasking to the tablet, folders, AirPlay (sort of) and, ehm, AirPrint. Limitations aside, iOS 4.2 was needed. We have already talked about this. As more users upgrade to the new OS every day though, more issues Apple didn’t discover in the early developer betas and GM seeds start to appear.

First off, Richard Gaywood at TUAW reports of an annoying bug with shift-drag capitalization that doesn’t allow the OS to pick up the right characters when sliding your finger from the shift button to the desired characters:

You can watch a video of the issue below. 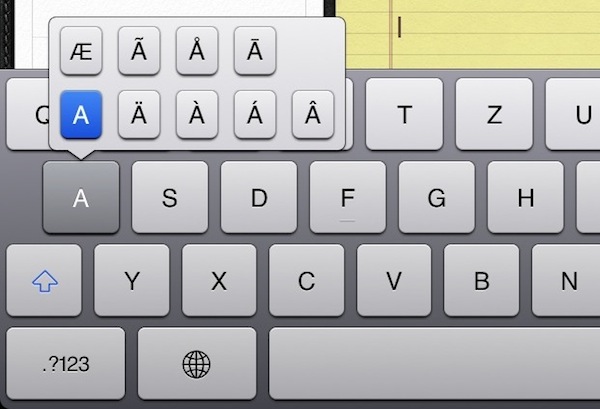 As you can guess this is not really useful as you can reach that character anyway by simply pressing the default key. Either a bug or a design decision, we’re hoping for a fix in a future version of iOS.