Ever since I bought my iPad I’ve wanted to be able to actually work with it. To write articles with it. First came Evernote, but I ditched for Simplenote. I was an avid Simplenote user on the iPhone, and when the iPad version came out I immediately made the switch. Simplenote is a very popular app, and it’s no surprise to see it used by many professionals out there. It’s simple, reliable and fast.

Then there’s Dropbox, the cloud-based storage solution everyone loves and would like to see implemented by default on Mac OS X. Dropbox allows you store and edit files no matter what device you’re on, so what’s stopping developers from creating note-taking applications based on it? That’s exactly what Second Gear are doing with their new iPad and iPhone app, Elements.

Elements is a Dropbox based text editor. It allows you to edit, view and share plain text documents on your iPhone and iPad (and iPod Touch), have the documents auto-saved every 60 seconds or stored offline for future synchronization. Plus, it looks great. 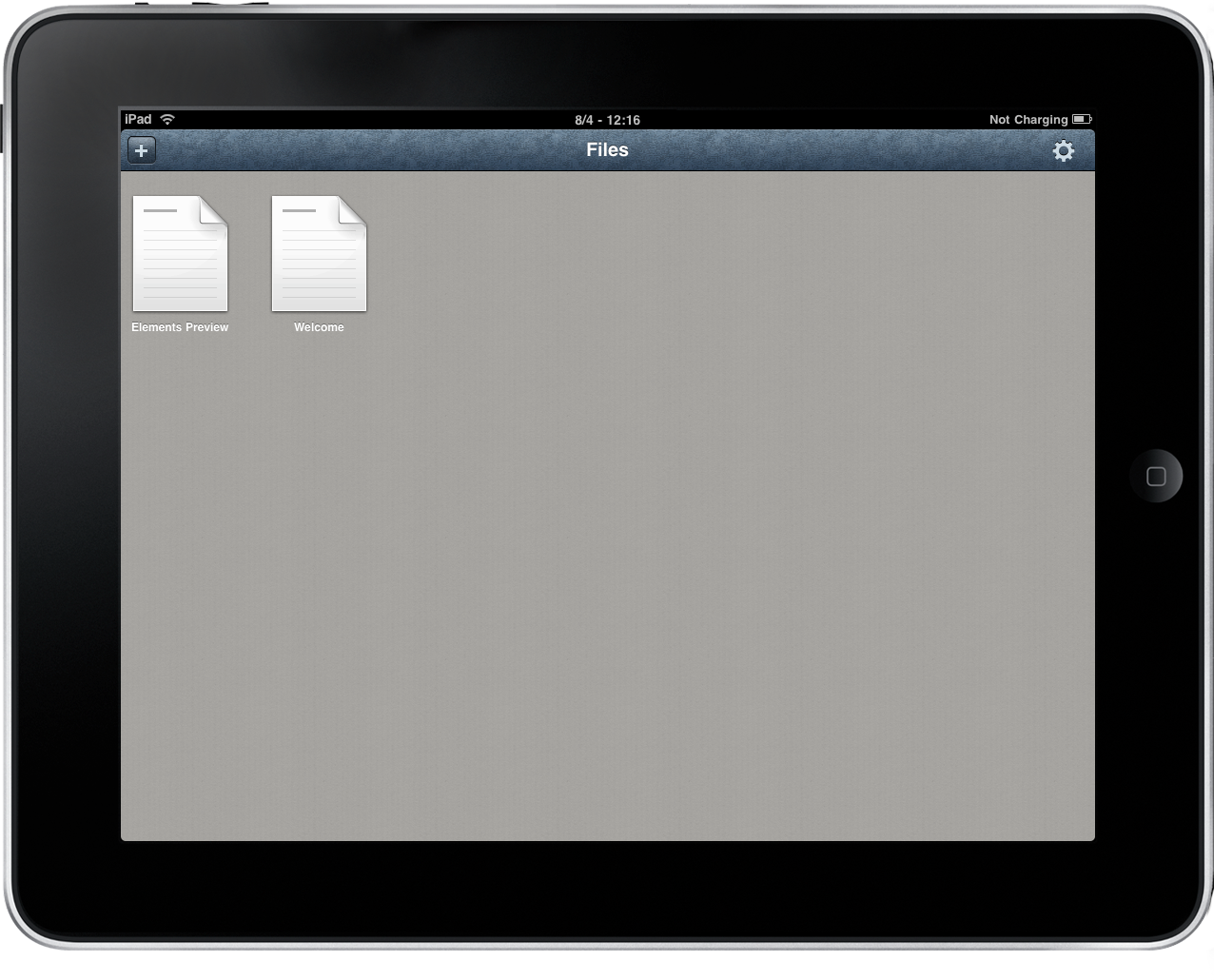 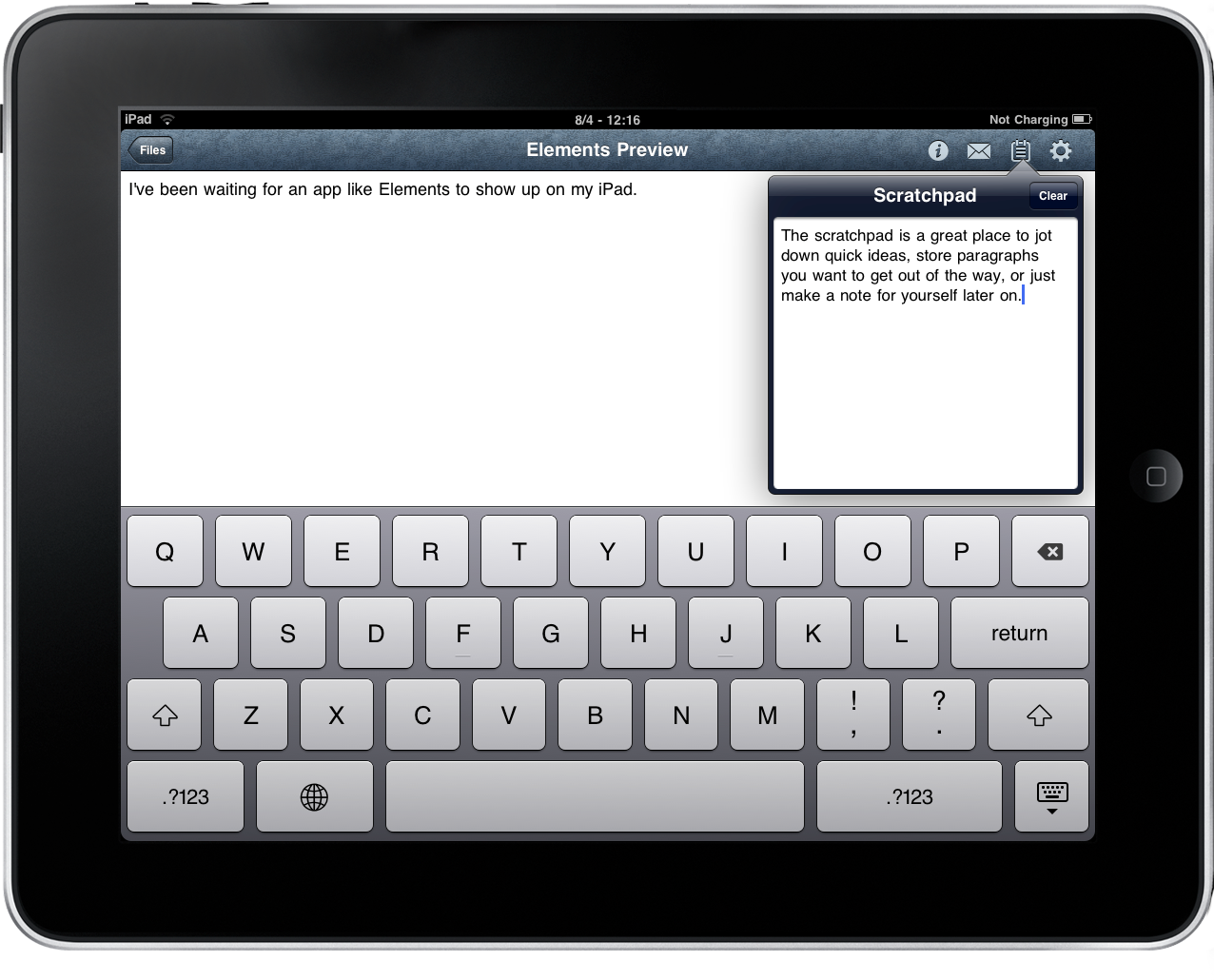 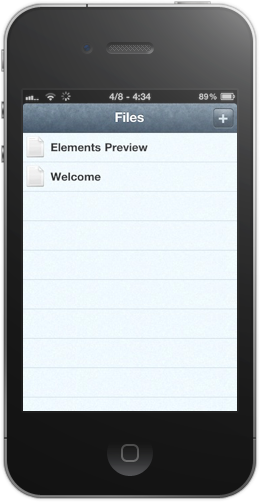 Among all the features of the app (which I’m not going to spoil here, I want to save them for our review) let me just mention this: the Scratchpad. Say you’re writing a note and as you’re writing you think of something else. Perhaps something you’d like to keep in mind for a conclusion paragraph, or a link, or a quote. Hit a button, the Scratchpad appears as a popover, write down what you have in mind and go back to your main note. Later, you’ll be able to retrieve what you jotted down and implement it. It’s a huge time saver.

Elements is currently in beta stage and will be available soon in the App Store. To stay updated about the status of the app, make sure to follow @secondgear on Twitter. With Elements landing soon on your iPads and iPhones, and a major new version of Simplenote on its way, too, it’s going to be an interesting fight. But the fact that Elements relies on your existing Dropbox account is a huge win for Second Gear already.