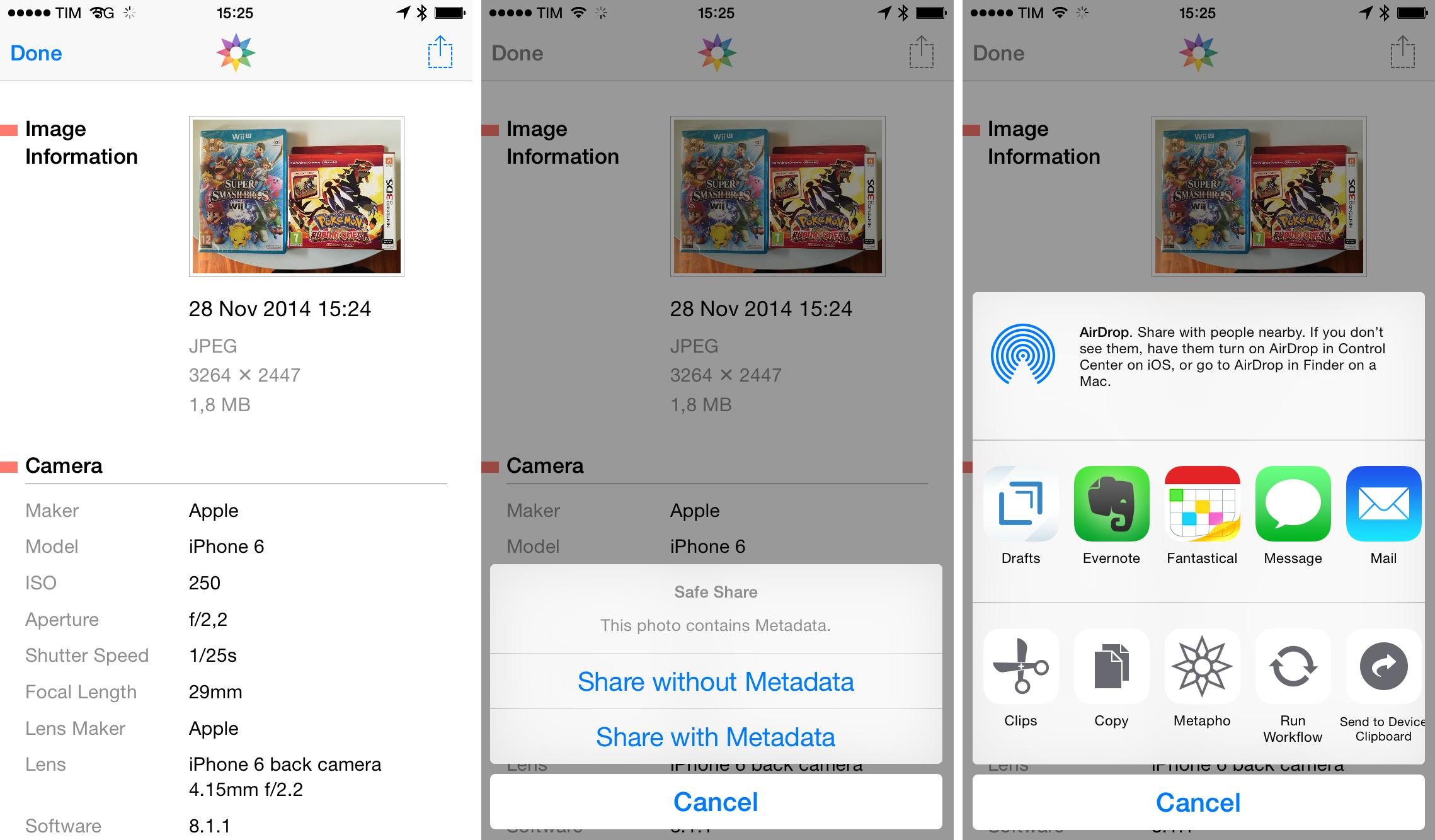 I often want to share photos without revealing the extra bits of information contained inside them – generally, I just don’t want people to know the location where a picture was taken. I’ve talked about how to remove metadata from iPhone photos before, but Metapho (an app that I briefly mentioned in September) now lets you easily share photos without metadata thanks to iOS 8’s extensions.

In its 1.0 version, Metapho let you remove metadata from photos using an iOS 8 photo editing extension: you had to open an individual photo, hit the Edit button, select Metapho, and the extension would save an edit for the original file without metadata. That was handy, but couldn’t help much if, for instance, you wanted to keep your personal copy with metadata intact (case in point) and just share (not store!) a metadata-free version of a photo with the rest of the world.1

Metapho 1.1, released earlier this week, adds a new way to share photos without metadata through an action extension that removes extra information and brings up a second share sheet for just-in-time sharing.

Any time you’re viewing a photo you want to share without associated metadata, bring up the system share sheet and tap the Metapho action extension. Metapho will scan the image for metadata and offer you to share it without metadata; tap the share icon in the extension, and Metapho will pass a version of the image without metadata to any other iOS extension and without creating a duplicate in your library. 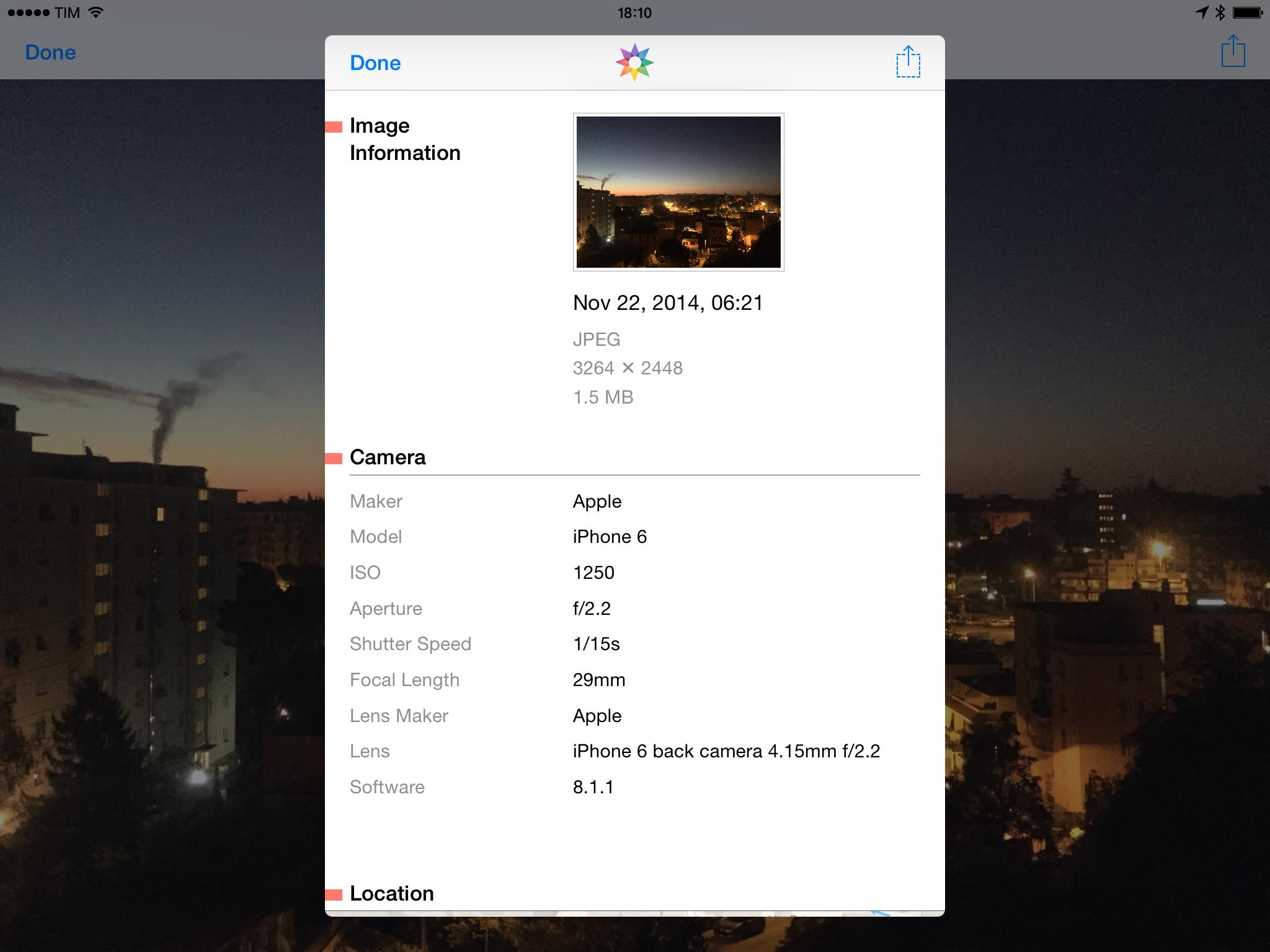 A photo received over iMessage, cleaned up by Metapho without leaving the Messages app.

This makes for a more convenient solution any time you want to share a photo quickly and safely. Perhaps you want to tweet a photo your parents sent you over iMessage, or maybe you just want to share a photo without editing it first – in any case, using an action extension that shows a second share sheet makes more sense than duplicating files or, worse, not removing metadata at all.2

Metapho had already become a must-have for me with its 1.0 debut, but the action extension makes it even better as it’s faster and ubiquitous. Metapho is a free download from the App Store, but the ability to remove metadata and Safe Share require a $1.99 In-App Purchase.