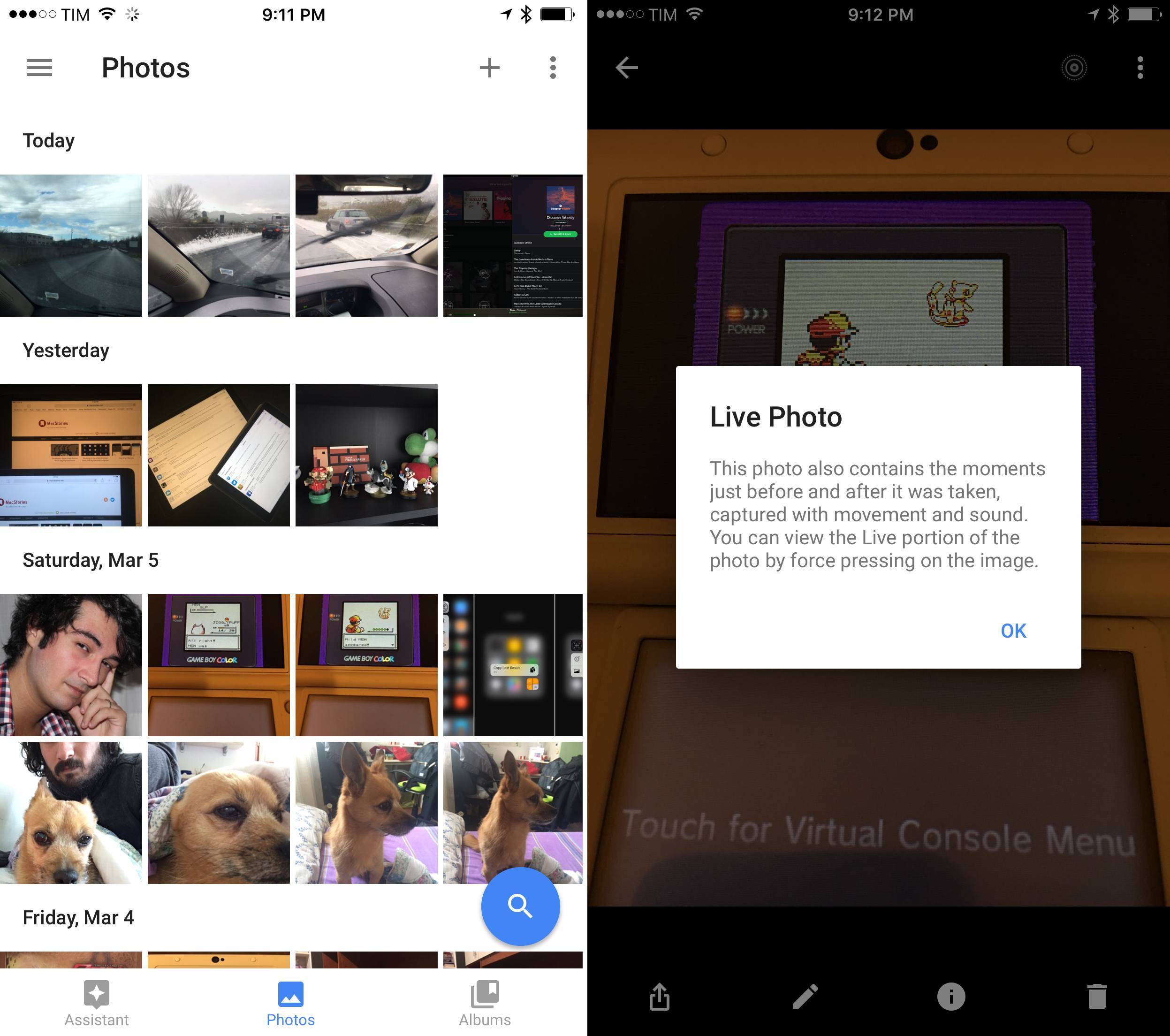 With an update released today, Google has brought support for Live Photos to their Google Photos app for iOS, also adding Split View for iPad Pro users (a feature that is still surprisingly absent from the company’s suite of productivity apps).

Live Photos integration works as expected: on an iPhone 6s, you can press on a photo inside the app to watch its Live portion. Google advertises this ability with an indicator in the top right corner. Unfortunately, you can’t deep press on a photo from the main grid view – doing so will bring up the traditional long-tap menu to select photos.

After uploading a few hundred Live Photos to the service, I opened the Google Photos website on my MacBook Air and noticed that Google hasn’t extended the integration to the web yet – you can’t click & hold on the desktop to view Live Photos in your web browser.1 However, if you download a Live Photo from Google Photos on the web, you’ll end up with a .zip file containing the photo and a separate .mov file for the video inside the photo. Hopefully, Google will roll out proper Live Photo previews on the web soon.

Finally, Google boasts improved navigation in today’s update so “you can spend less time flipping hamburger menus”. I’ve seen this type of change in a bunch of apps lately, and it’s funny how many are going back to the original tab bar-based design that is the platform’s standard. Everything old is new again, I guess.