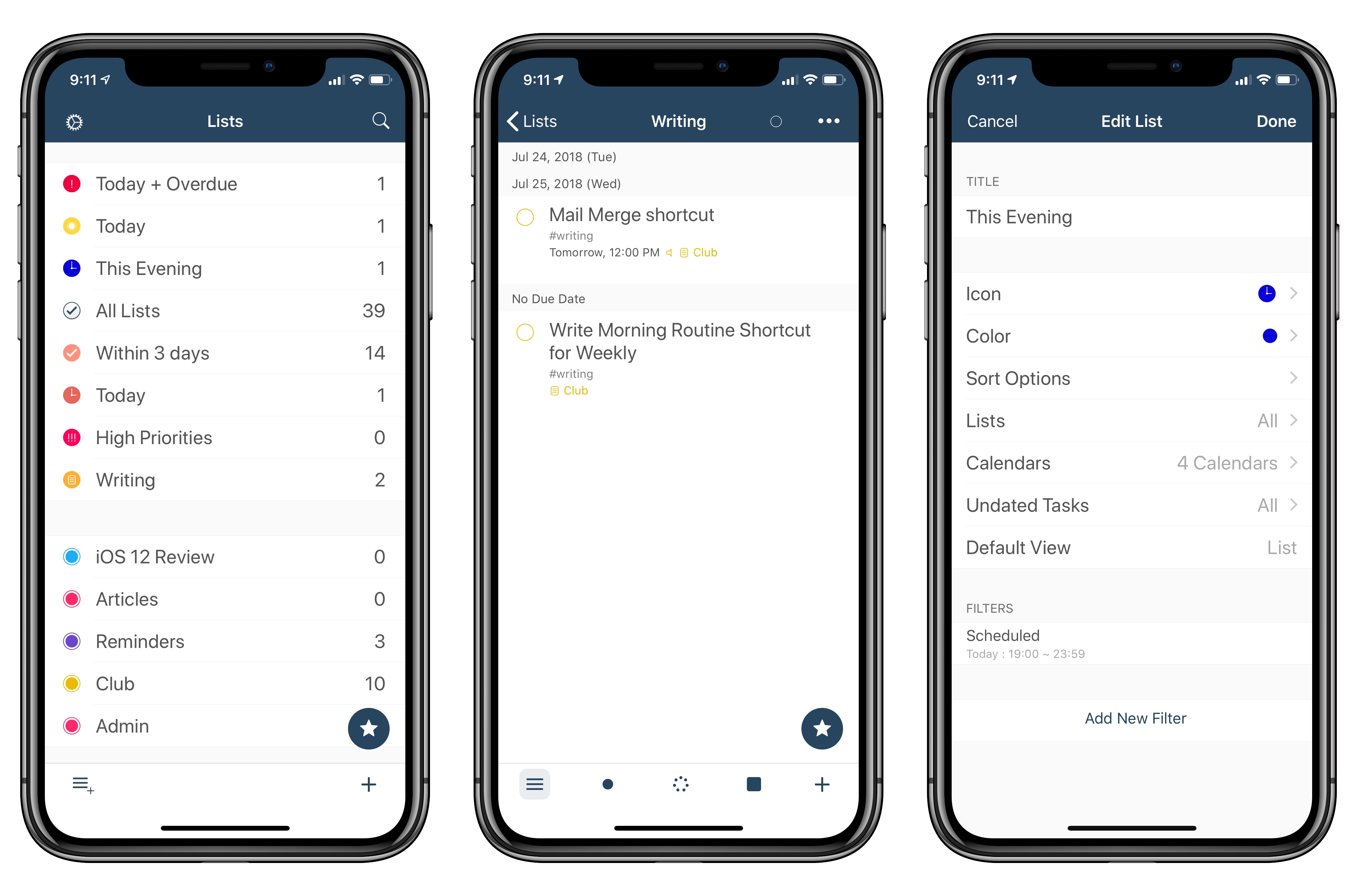 I’ve been playing around with GoodTask, a Reminders client for iOS, as part of my experiments with Shortcuts and Reminders for this year’s iOS review. GoodTask is a powerful utility that extends Reminders in ways that I’d love for Apple to consider whenever they decide to update their own Reminders app. GoodTask has grown a lot since its debut four years ago; I recommend reading Tim’s review of version 3.0 to get an idea of its capabilities. The app has got a bit of a learning curve, but it’s much more powerful than Reminders while retaining its key advantages (such as Siri integration and immediate background sync between every Apple device).

Today’s update to GoodTask brings a couple of features that I suggested to its developer a while back. The first one is a quick action to reopen a web link (or URL scheme) contained in a reminder, if any. This makes it easier to use GoodTask as a repository for links saved from Safari (perhaps through the Shortcuts extension). I like the way GoodTask automatically extracts URLs from the Notes field of a reminder, and this quick action speeds up the process of reopening links a lot.

The second feature is a change to the ‘Scheduled’ filter for smart lists, one of the best ideas in GoodTask. Smart Lists are liked saved searches for reminders: they let you create custom lists (which you can only view in GoodTask) to manage a subset of reminders based on specific filtering criteria. For example, you can create smart lists for reminders with a specific tag (another GoodTask-only option), items that are overdue, or reminders that are due within 3 days and have a high priority. In the latest version of the app, you can create smart lists for reminders that are due between specific start and end times of the day. Essentially, I wanted to replicate Things’ fantastic Today/This Evening feature in GoodTask. With smart lists in version 3.9.1 of the app, I can now use the ‘Scheduled’ filter to show me reminders due today (between 6 AM and 7 PM) and in the evening (between 7 PM and 11:59 PM). It’s not quite as elegant as Things’ native feature, but it lets me have a similar scheduling setup in GoodTask as well.

I’ll have more to share about GoodTask over the summer as I continue to experiment with Reminders and Shortcuts in iOS 12. In the meantime, if you’re looking for a great alternative to the Reminders app on iOS, you should take GoodTask for a spin.