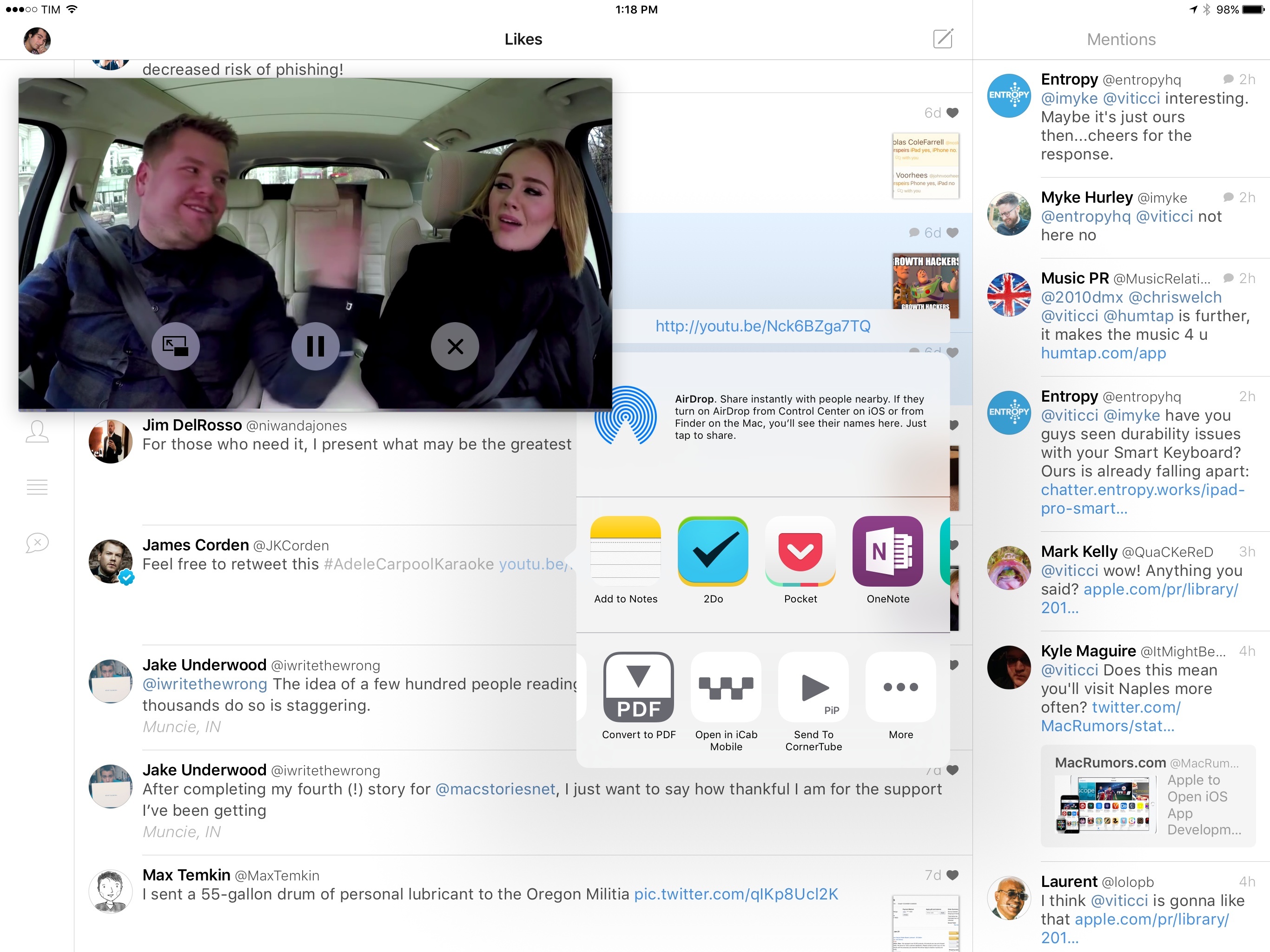 Last week, I wrote about PipTube, a simple utility to watch YouTube videos with Picture in Picture on iOS and send YouTube links to the iOS video player with a widget. Coincidentally, Tiny Whale – developers of Lean and Lively, among other apps – has been working on a similar idea, released today on the App Store: CornerTube.

Like PipTube, CornerTube loads YouTube videos not with the mobile YouTube website, but with the native iOS media player, which supports Picture in Picture by default. And like PipTube, CornerTube lets you send a copied YouTube link to the app with a widget that you can pin to iOS’ Notification Center. However, what differentiates CornerTube is support for search and an action extension to start watching YouTube videos without having to invoke the widget at all.

Inside the app, a search bar allows you to look for any YouTube video (even those with ads) and tap a result to start watching. More impressively, though, you can use CornerTube’s action extension to forward a YouTube link to CornerTube’s video player from any iOS app. Thanks to the iOS share sheet, you’ll be able to send YouTube videos from your Twitter client, Safari, an RSS reader, and any other iOS app that can share links with extensions.

In my experience, CornerTube’s extension has so far been the easiest option I’ve tried to open YouTube videos with Picture in Picture: without having to open Notification Center, I can hold a link in Tweetbot (no need to copy it), open it in CornerTube, then tap the Picture in Picture button to continue watching the video.

At this point, there are plenty of third-party apps to watch YouTube videos with Picture in Picture. From full-fledged clients like YouPlayer and ProTube to single-purpose utilities such as PipTube and CornerTube, the iOS developer community has delivered on a native iOS integration that YouTube has failed to acknowledge and support. If you’ve been looking for a YouTube utility with search and an action extension to watch videos with Picture in Picture, CornerTube is $1.99 on the App Store.