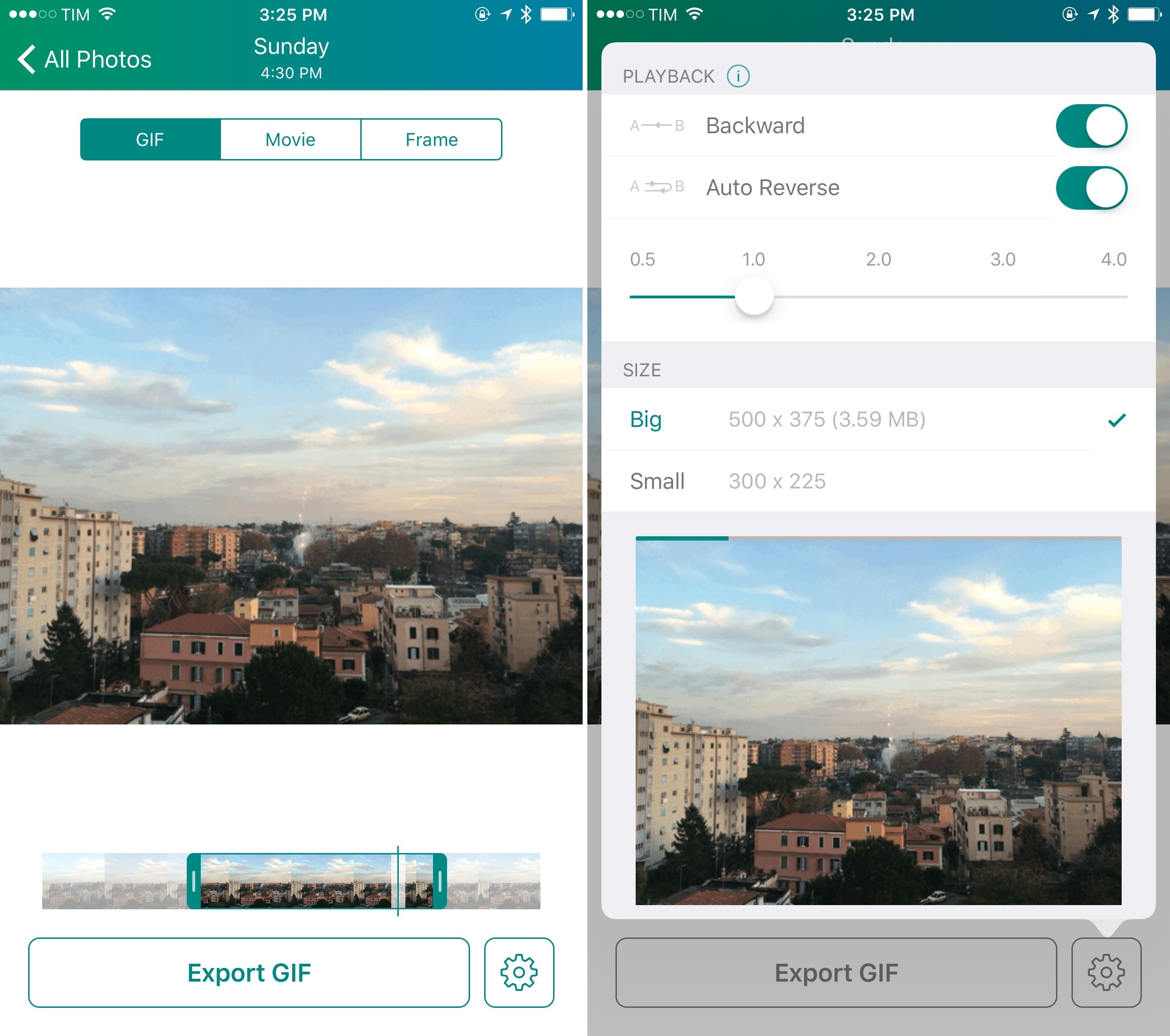 Developed by Tiny Whale (the same studio behind Lean), Lively was one of the first utilities to enable exporting of Live Photos to GIF shortly after the iPhone 6s was released. Today, Tiny Whale has launched Lively 2.0 with new options for video trimming and GIF generation, and it’s a lot of fun.

After selecting a Live Photo (which can now be picked from any album), you’ll be presented with three tabs at the top to export the video part as GIF, movie, or as a frame. The latter is useful if iOS assigns the static frame of a Live Photo to a moment that isn’t exactly the one you’d wish to keep as a picture in your library; with Lively, you can scrub through frames, pick one, and save it with the same metadata of the original Live Photo.

The big addition in Lively 2.0 is the ability to trim the video inside a Live Photo. Combined with Lively’s options for GIF playback, this allows you to create animations that reverse automatically and loop seamlessly. At the bottom of the preview, grab the handles to trim the video and adjust the GIF’s animation, then tap the gear icon to open the Playback settings. In this screen, you can set a GIF to play backward and auto-reverse, with speed controls from 0.5 to 4.0. Effectively, this allows Lively to create Boomerang-like animations that work with Live Photos, can be exported as GIFs, and don’t require a separate app to shoot animated pictures. With some creativity and thanks to video trimming controls, you’ll be able to loop a Live Photo as a GIF back and forth, achieving interesting forward/rewind effects. I know I’ve spent too much time playing with this and sharing reversed GIFs with my friends.

Lively 2.0 is a solid update to a handy Live Photo companion. The app now has an unlimited export (with watermarks) for free users, and custom sharing for Twitter and Tumblr lets you share your creations with fewer size limitations. If you’re into Live Photos, I recommend taking Lively 2.0 for a spin and then unlocking the watermark-free export for $1.99.