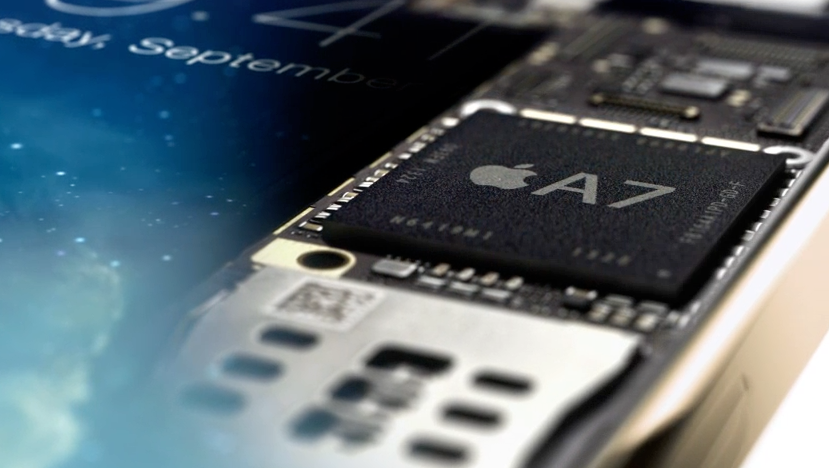 Traditionally, Apple likes to pride itself upon the tight integration of hardware and software they achieve in their products. As a company that builds devices and creates the software that runs on them, Apple can control fundamental aspects of the user experience such as Siri being based on a dedicated noise-reduction technology and iOS not recognizing accidental touches on the iPad mini’s smaller bezels, as well as subtle details such as OS X stopping a Mac’s fans when Dictation is active or quickly muting an iPad’s volume if you hold the volume button down for a few seconds.

The “interplay” of Apple’s hardware and software is nothing new, but I believe it was more apparent than ever today with the iPhone 5s, iOS 7, the A7 and M7 chips, and Touch ID. END_OF_DOCUMENT_TOKEN_TO_BE_REPLACED

Rich Mogull has a solid Q&A over at TidBITS about today’s iPhone 5s and Touch ID announcements. Rich does a good job at explaining what fingerprint scanning is, its limitations, and why it won’t be available in third-party apps right away.

But the real reason is that using fingerprints creates better security through improved usability. Most people, if they use a passcode at all, stick with a simple four-digit passcode, which is easy for an attacker to circumvent with physical possession of your iPhone. Longer passphrases, like the obscure 16-character one I use, are far more secure, but a real pain to enter repeatedly. A fingerprint reader, if properly implemented, provides the security of a long passphrase, with more convenience than even a short passcode.

Touch ID isn’t a panacea for the modern world’s security problems, but it’s an important addition to the system that combines advanced technology with good usability.

Modojo’s John Gaudiosi has posted a preview of Infinity Blade III, which was announced at Apple’s iPhone event earlier today. Infinity Blade III is a major new entry in Chair’s popular game franchise that takes advantage of Apple’s new hardware and that will be released alongside iOS 7 on the App Store on September 18th at $6.99.

Modojo’s preview includes a description of the new game modes and characters:

According to Donald Mustard, creative director at Chair Entertainment, the studio’s goal heading into this third game was to create the ultimate Infinity Blade experience. Infinity Blade 3 provides a universe that’s over eight times larger than that of the first game, thanks to eight huge castles spread throughout the world map. In addition, there’s a huge allotment of side quests, new multiplayer Clash Mobs and different events that players can participate in that make the world even bigger.

Modojo was also able to produce a series of interviews with the Chair development team. The interviews, linked below, include exclusive footage of Infinity Blade III’s gameplay and menus and reveal more details on the game’s creation process. They’re absolutely worth a look if you want to know more about Infinity Blade III.

END_OF_DOCUMENT_TOKEN_TO_BE_REPLACED

Apple has now posted the video of its keynote held earlier today in Cupertino. The video can be streamed here, and a higher quality version should be made available in a few hours through iTunes (on the Apple Keynotes podcast). To avoid streaming errors, Safari is recommended for the best viewing experience.

Our iPhone 5s and 5c overviews are available here and here, respectively.

Update 10:50 PM EDT: Today’s keynote video can now be downloaded in standard definition through the Apple Keynotes podcast on iTunes. 720p and 1080p versions will likely be released tomorrow.

At a keynote held today in Cupertino, Apple’s Senior Vice President of Worldwide Marketing Phil Schiller officially introduced the iPhone 5s, the successor to last year’s iPhone 5 and the major new entry in the iPhone line-up. Schiller referred to it as the “most forward-thinking phone anyone has ever made”.

As widely expected, the iPhone 5s has the same industrial design of the iPhone 5, with an anodized aluminum back and diamond cut chamfered edges and glass inlays, 4-inch Retina display, and Lightning connector. However, the iPhone 5s comes with a visible change in the Home button: through a brand new system called Touch ID, a sensor available under the Home button will allow iOS to recognize a user’s fingerprint for authorization and security purposes. END_OF_DOCUMENT_TOKEN_TO_BE_REPLACED 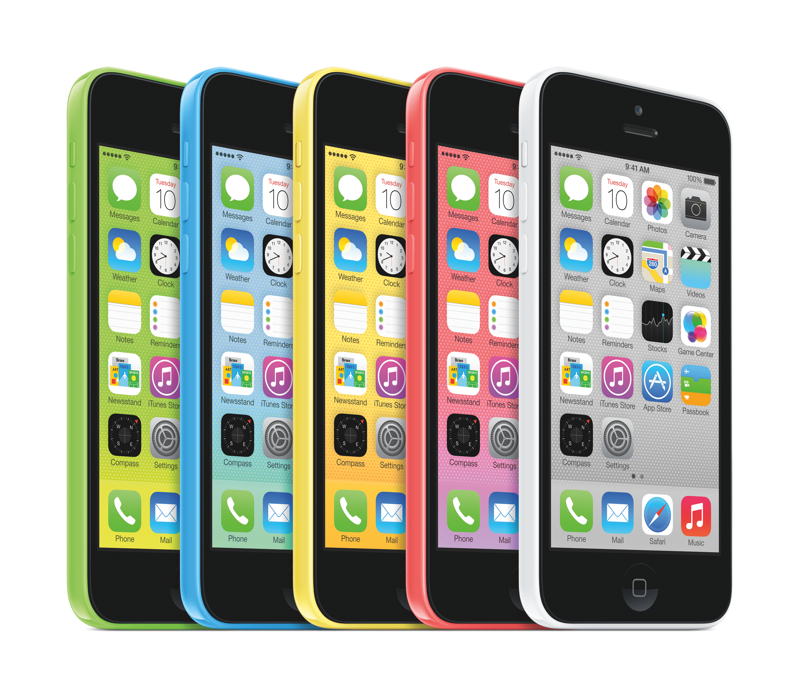 END_OF_DOCUMENT_TOKEN_TO_BE_REPLACED

As widely expected, Apple has today confirmed the official release date of iOS 7 at a media event held on the company’s campus in Cupertino. iOS 7 will be released on Wednesday, September 18th, for the iPhone, iPad, and iPod touch.

iOS 7 is a major rethinking of Apple’s mobile operating system that sports a redesigned user interface with a focus on clarity and deference, and new features such as Control Center, new Multitasking, improved Notification Center and Siri, iTunes Radio, AirDrop, and more. iOS 7 was first announced at Apple’s WWDC earlier this year, where Apple also confirmed that the update would include over 1500 new APIs for developers to create apps with.

Apple hasn’t announced a Golden Master seed of iOS 7 yet, but it will presumably be released to developers today. Typically the last developer release before a public launch, the GM seed will allow developers to make final preparations to their iOS 7-ready apps and submit them to the App Store. 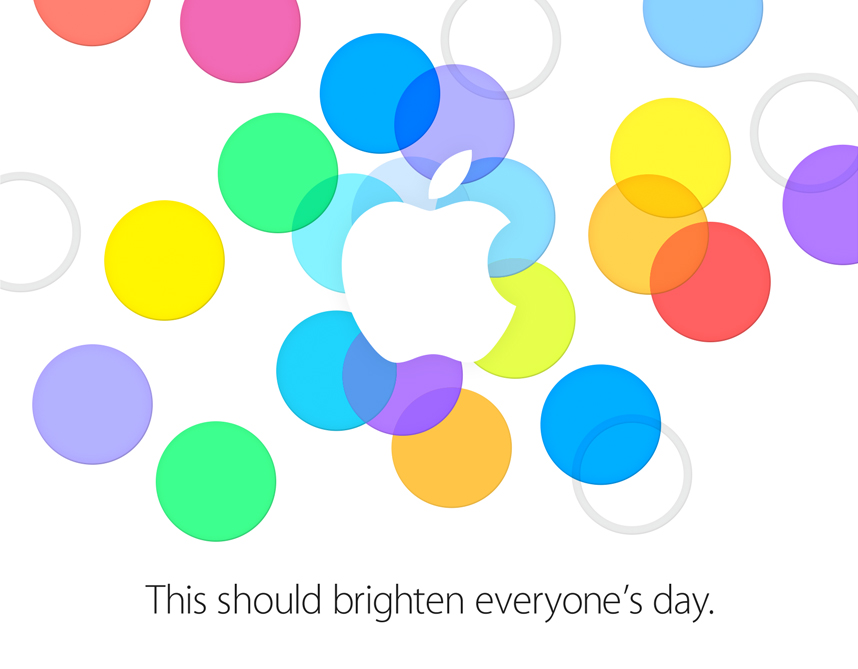 As first reported by The Loop’s Jim Dalrymple, Apple has today sent invitations to selected members of the press for a September 10th media event on Apple’s campus in Cupertino. The date of the event was also reported by AllThingsD’s Ina Fried last month.

According to speculation from the past few months, Apple’s event will focus on the introduction of new iPhone models, namely the successor to the iPhone 5 (so far unofficially called the “iPhone 5S”) and a possible new lower-price entry in the iPhone line – the “iPhone 5C”. Our Cody Fink shared his thoughts on the possibility of an entry-level iPhone back in July; as for the iPhone 5S, recent rumors have suggested that the device may include a fingerprint sensor, improved camera, and a golden color option.

Apple’s new major iOS update, iOS 7, is also expected to make its formal debut at the media event. Originally announced at Apple’s developer conference in June, iOS 7 has seen six beta releases for registered developers throughout the summer with changes and improvements to the redesign and new features that Apple unveiled in June. Typically, Apple releases “golden master” builds of iOS updates at its September media event, so an iOS 7 GM is to be expected on September 10, with Apple asking developers to start submitting iOS 7 apps to the App Store shortly after. Other software releases that may make an appearance on September 10 include OS X Mavericks, a new version of iTunes with iTunes Radio support, redesigned Apple apps (such as iWork) for iOS 7, and a new version of iCloud.com with an iOS 7-matching redesign.

As shared by Tim Bradshaw, the event’s invitation reads “This should brighten everyone’s day”, possibly hinting at the new iOS 7 and (rumored) iPhone 5C colors.