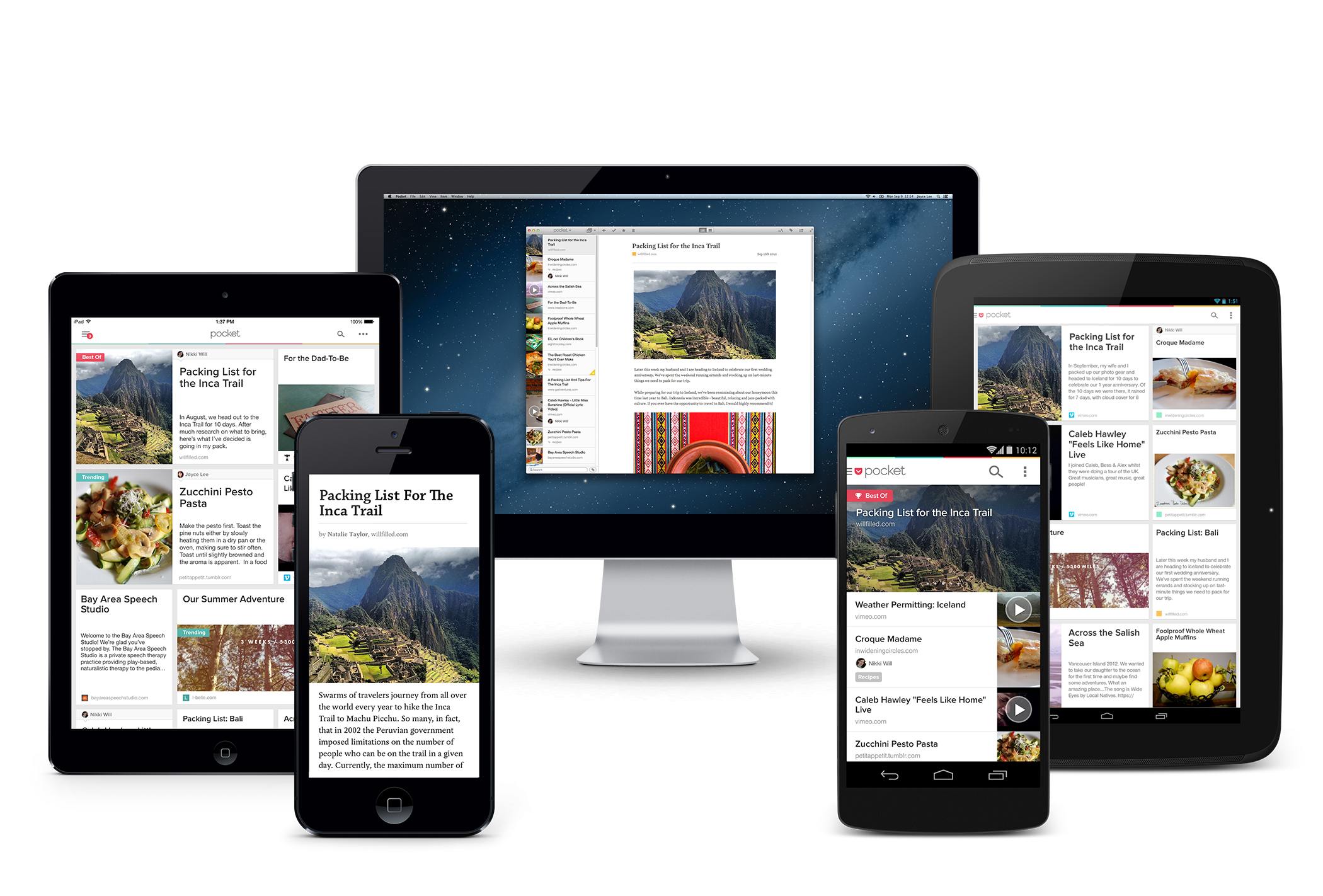 Mozilla Corporation announced today that it has acquired read-it-later service Pocket. Saving stripped down, ad-free versions of articles from the web for reading later has been around for a long time. Pocket and Instapaper were two of the first and have shared a similar trajectory. Both started out as web services that evolved into apps. Most recently, both have been sold to larger companies.

Instapaper was sold by developer Marco Arment to Betaworks in 2013 and then to Pinterest in 2016. Today, Pocket took a similar path by being acquired by Mozilla, maker of the Firefox web browser.

Pocket says that it:

will continue on as a wholly-owned, independent subsidiary of Mozilla Corporation. We’ll be staying in our office, and our name will still be on the wall. Our team isn’t changing and our existing roadmap has been reinforced and is clearer than ever. In fact, we have a few major updates up our sleeves that we are really excited to get into your hands in the coming months.

For its part, Mozilla says:

Pocket will join Mozilla’s product portfolio as a new product line alongside the Firefox web browsers with a focus on promoting the discovery and accessibility of high quality web content.

The evolution of read-it-later services is interesting. If the acquisitions of these services by bigger corporations is an indication of anything, it’s that they are features more than standalone products. As Casey Newton of The Verge highlights, Pocket’s recommendation engine is likely what interests Mozilla, which has launched what it dubs its ‘Context Graph’ initiative that uses browser activity to enhance web discovery. What that means for Pocket’s long-term viability as a standalone app and service remains to be seen, but for now, it remains a separate product.

Interesting announcement from Pocket today: the company has launched an open Explore section to browse and search for the best content saved on Pocket:

For the first time, we are opening up Pocket’s understanding of what’s good and worthwhile on the Internet, and making it easy for anyone to search and discover the best of the best on any topic. No Pocket account necessary.
[…]
When you first visit Pocket Explore, you’ll be greeted with a question: What interests you?

While Google is great at helping to answer a question, and Pinterest is a great place to search around an idea or thing to do, never before has there been a specific and intentional place to go when you want to satisfy a curiosity or surface the best content around a specific topic you care about.

I switched to Pocket late last year, and their recommendations have been, by far, the best article recommendations I’ve ever been given by a read-later service of this kind. There’s no shortage of great articles and longform stories nowadays, but being able to browse the best options in a single place seems convenient. Potentially, this could also become a better research tool than Google for specific topics.

It’s nice to see Pocket is continuing to add new features exclusive to Premium subscribers. In the 6.2 update released today, Pocket has introduced 7 new fonts (including two of my favorites – Whitney and Ideal Sans), plus controls for line height and margin width. There’s also a new Auto Dark Mode setting (which could be a nice companion to Night Shift on iOS 9.3).

I’ve been trying Pocket again because of Recommendations (you can follow mine, too), and I had already bought a Premium subscription last year, but I haven’t found much utility in the permanent archival and auto-tagging functionalities. More typographic controls is something I deeply appreciate, and I hope we’ll see more Premium features this year. 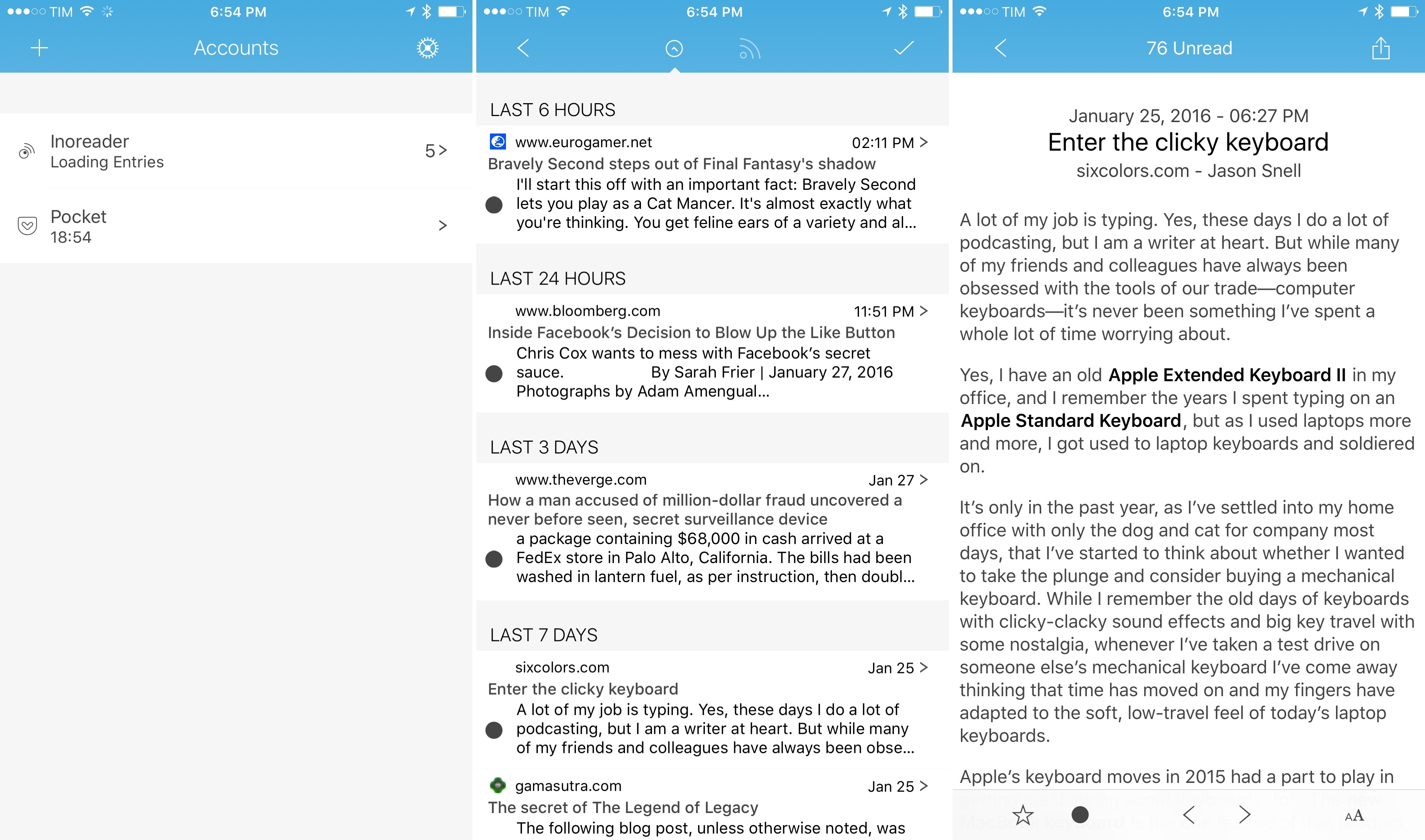 END_OF_DOCUMENT_TOKEN_TO_BE_REPLACED

Pocket wants to build a save button for the Internet, and with over 2 billion items saved to the service the company is now turning to personalization as a way to entice users to save more to get more out of it.

Today, Pocket founder Nate Weiner has announced a public beta of Pocket for iOS, Android, and the web, featuring a new Recommendations feature to receive new items similar to what has been saved in the main list.

END_OF_DOCUMENT_TOKEN_TO_BE_REPLACED

If I had any previous complaint about Pocket, it’s that their website felt too much like a tablet app and wasn’t easy to use on the desktop. Following Pocket’s iOS 7 update, they’ve redesigned their website making it significantly easier to use. Everything has been unified into a single cohesive toolbar, it’s faster, and it’s visually more appealing. If you’re at the office or on the go, Pocket on the web is now just as great as its native iOS and Mac apps. 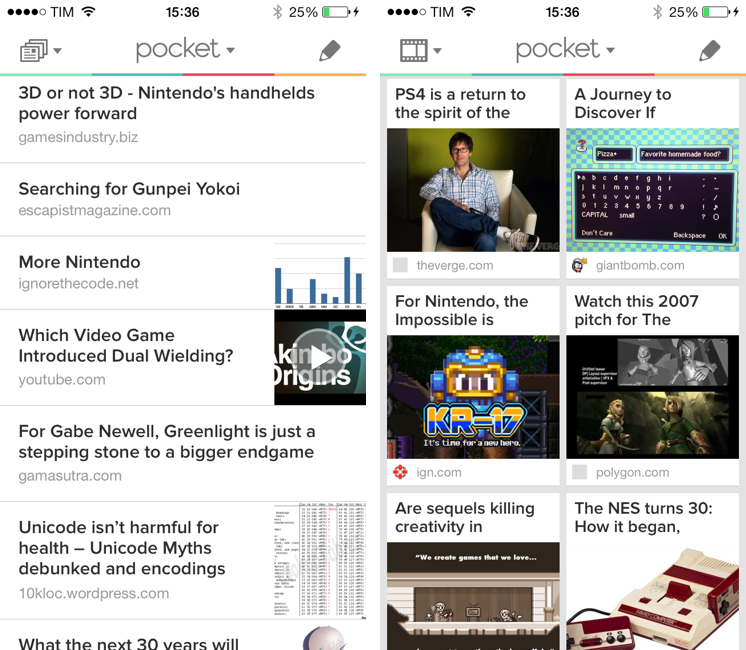 When Read It Later relaunched as Pocket last year, I was intrigued by the service’s focus on allowing users to “save everything for later”. In the months that followed, Pocket received a native Mac app, better browser extensions, deeper integration with iOS apps thanks to a new SDK, and started expanding to more devices and OSes, following Nate Weiner’s original strategy to bring Pocket to as many platforms as possible. Today, Pocket is updating its iOS app to take advantage of iOS 7 and ensuring that content is always available on an iPhone or iPad, even if the app isn’t running. The new Pocket is a good example of developers using the new iOS 7 APIs to enhance existing apps. END_OF_DOCUMENT_TOKEN_TO_BE_REPLACED 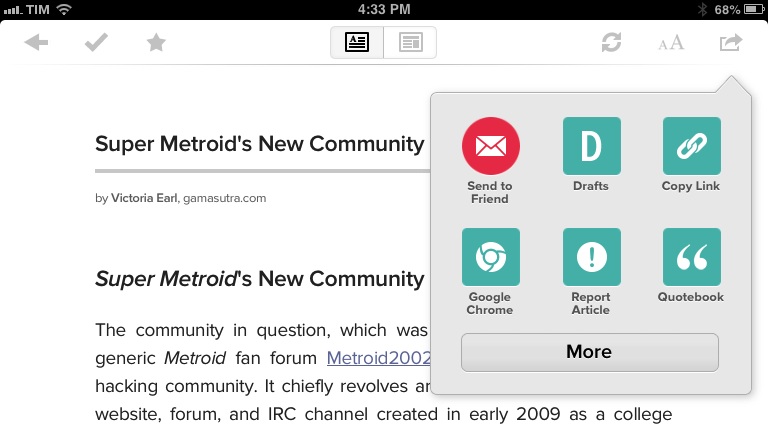 I don’t like it when third-party apps or services force me to share links to articles or webpages using their own custom shortened links. I understand the appeal of personalized short domains – after all, we tweet mcstr.net links with the @macstoriesnet account – as they can provide analytics to track clicks, can save characters, and, at least in theory, they “look cool”. However, I’ve been long considering the idea of dropping our mcstr.net links, but I think the issue is worse (and more annoying) for apps and services that don’t tweet links to their own content (like we do) but that override others’ links with different domains. An example is Pocket, which gives you the clean, original URL when you choose the “Copy Link” action from the sharing menu, but that instead returns pocket.co links when sending text to Drafts (which I do often). I’ve grown tired of this practice (in Pocket and other services), and I’ve put together a workflow based on a Python script that allows me to easily resolve short links without having to open the browser and tap on multiple menus. END_OF_DOCUMENT_TOKEN_TO_BE_REPLACED

After an update that added support for Quotebook, Pocket for iOS has been updated today to let users send text to Agile Tortoise’s Drafts.

In the current implementation, the app will send an article’s title and shortened URL if no text is selected; if there is a text selection, Pocket will send quoted text and shortened URL to Drafts. I like it, but I wish there was a setting to send the shared link with its original, non-shortened URL.

I’m very glad Pocket added Drafts integration. In this way, you can tweak my Evernote workflows to, say, append bits of text to a single note.