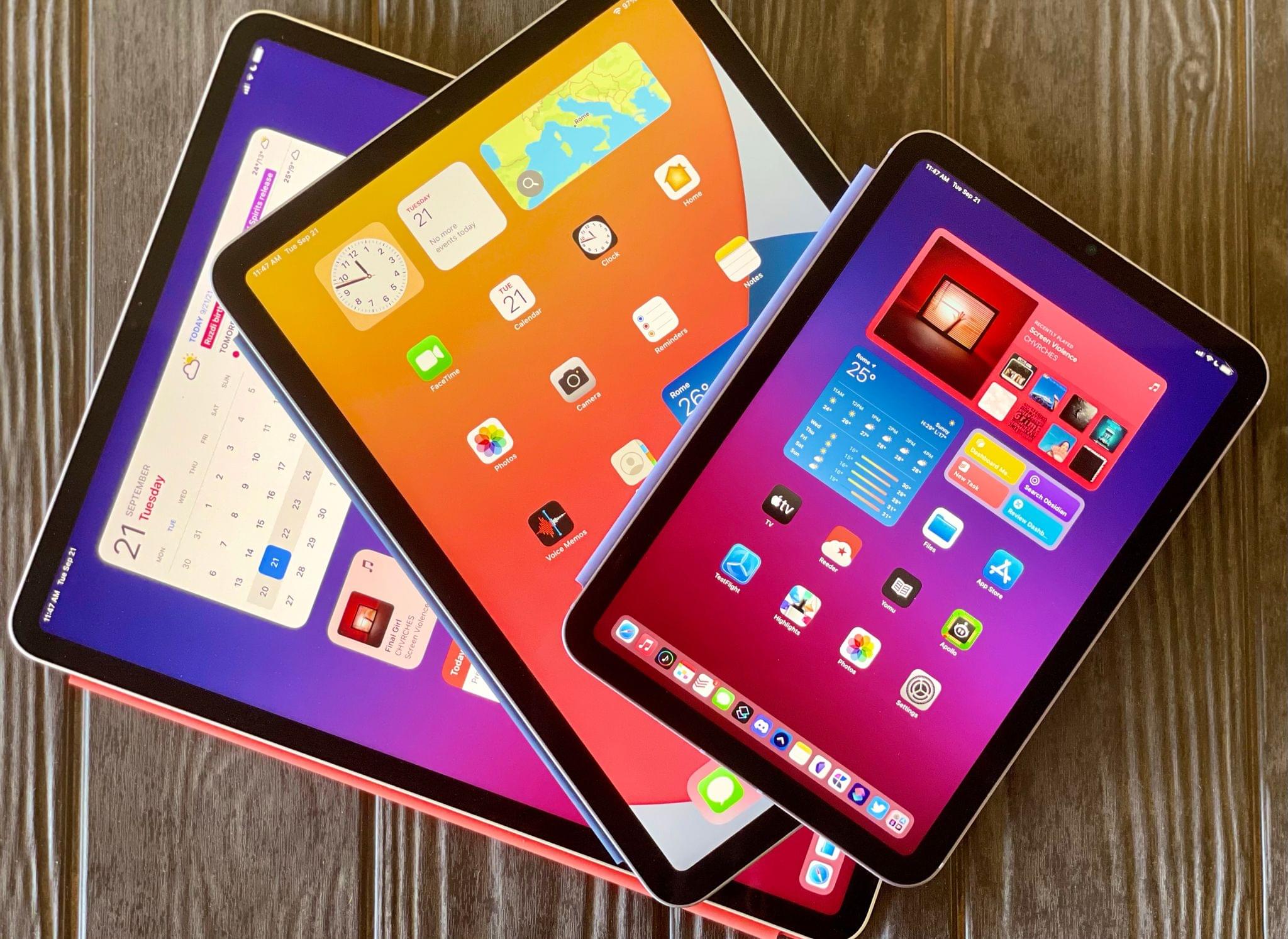 For the past week1, I’ve been using Apple’s sixth-generation iPad mini, which is officially launching this Friday. I’ll cut right to the chase: I’ve been waiting for this kind of iPad mini refresh for years, and the device absolutely delivers on all fronts. The new iPad mini fulfills my longstanding dream of an iPad Pro/Air-like device in a diminutive form factor, providing a highly portable experience unlike anything else in Apple’s lineup.

The iPad mini was already in a class of its own; with this redesign, Apple has made the best small iPad I’ve ever tried – one that is a joy to use on a daily basis. Whether you’re looking for a companion device to your iPad Pro or a portable iPad to complement your Mac experience, this little iPad is worth the price of admission.

The new iPad mini was the missing piece to my iPad workflow; now that I have it, I want to use it as much as possible. 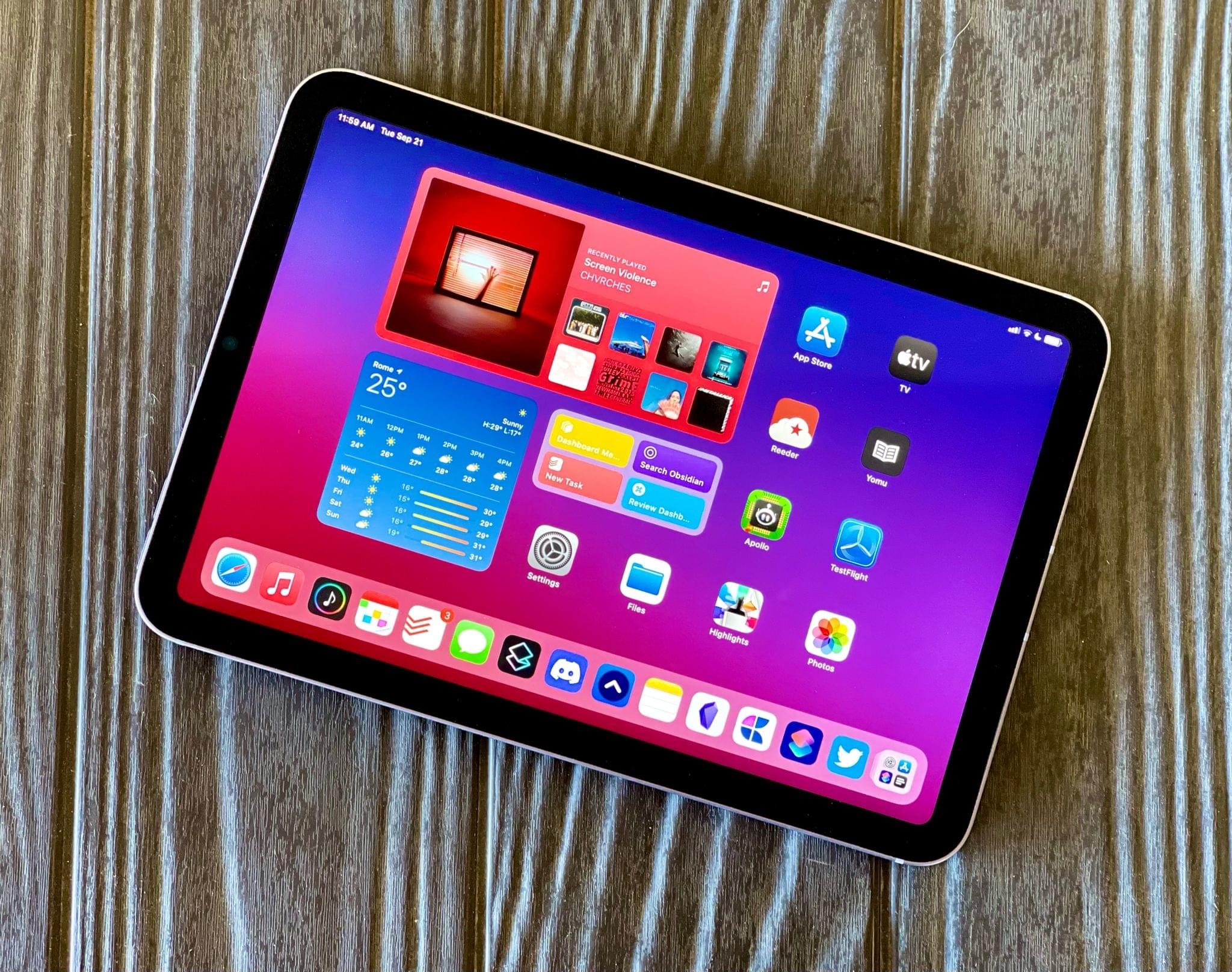 Later today at 5:30 PM CEST (11:30 AM Eastern) I will be live for Club MacStories+ Discord members to do a live unboxing of the new iPad mini, talk about my review, and answer questions from members in the Discord server.

To join the Club MacStories+ Discord, sign up for a Club MacStories+ or Club Premier plan; if you’re an existing Club MacStories member, you can upgrade your account on our Plans page. Once you’ve joined, visit the Account page to connect your Discord account and join our server.

Instructions on how to watch the live stream will be provided in the #announcements channel on Discord. See you later!

END_OF_DOCUMENT_TOKEN_TO_BE_REPLACED 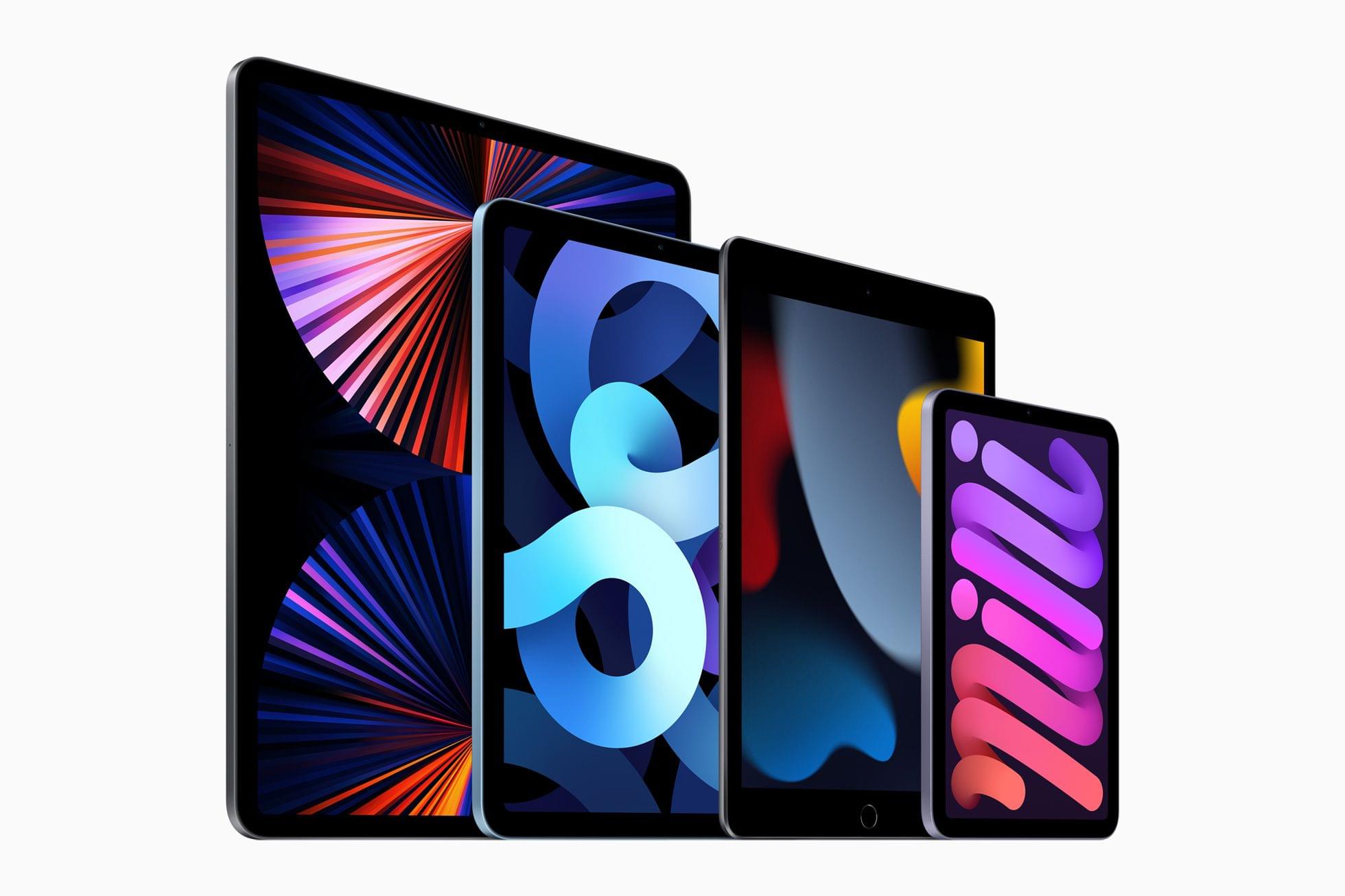 At today’s Apple event, the company unveiled updates to the iPad mini and the 10.2” iPad. The 10.2” version continues to serve as Apple’s entry-level iPad at the lowest price point of any iPad, while the mini takes a more pro-like turn compared to its predecessor. 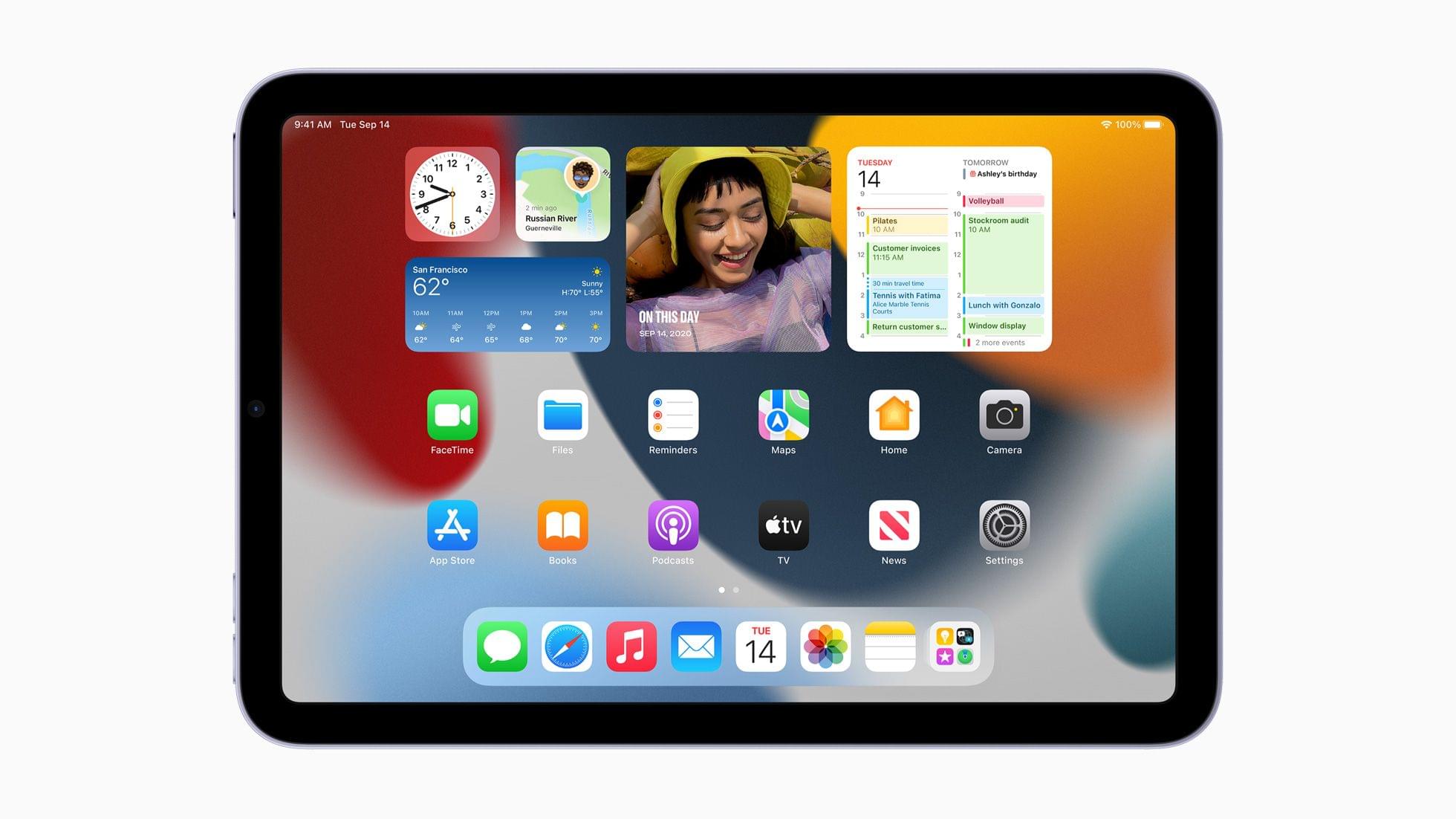 The new iPad mini was my favorite announcement of today’s Apple event. In the 18 months since I wrote The Mighty mini: Adapting Apple’s Diminutive Tablet to Work and Play, I’ve heard from many MacStories readers who have the same affection for Apple’s most portable tablet that I do. However, the trouble was that that iPad, which was released about 2.5 years ago, came with a lot of compromises compared with any other iPad you could buy until today.

END_OF_DOCUMENT_TOKEN_TO_BE_REPLACED 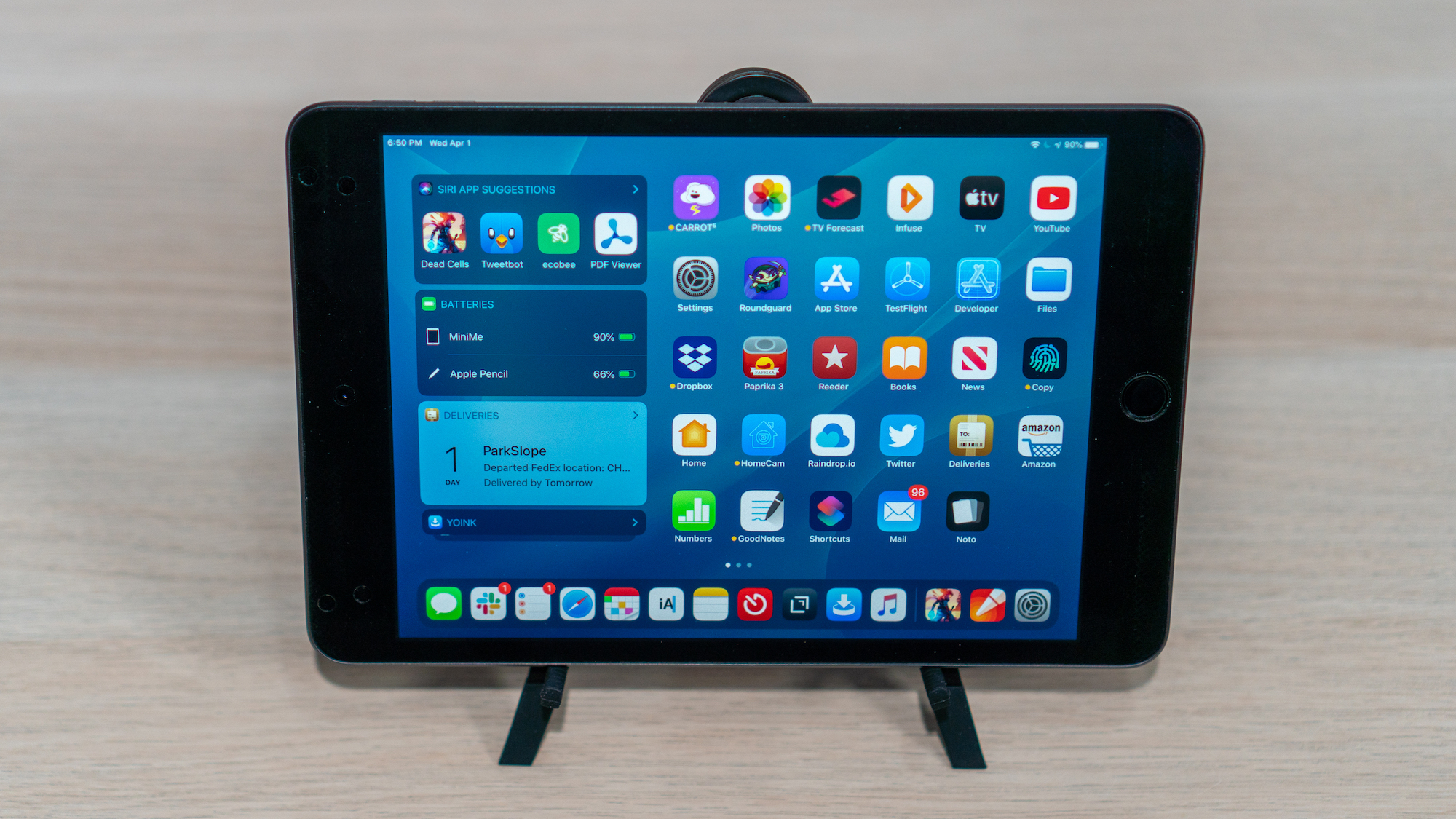 Make no mistake, whether it’s a Mac, iPhone, or an iPad, I prefer big screens. I think most people do. A big, bright screen makes reading easier, and a larger canvas for the apps you use is rarely a downside.

Still, there’s a reason we carry mobile phones when a tablet, laptop, or desktop could accomplish the same tasks: portability. Smaller is often better, even as the compromises start to pile up when you shrink a device.

Portability is why foldable phones have captured the imaginations of so many people. They promise the portability of a traditional smartphone with a screen that’s closer to a tablet’s. 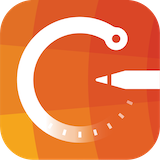 Just over one year ago, in March 2019, Apple released two new iPads: a 10.5-inch iPad Air and the first new iPad mini in over three years. The 5th-generation mini was a big surprise, largely because the mini hadn’t been updated in so long, leading many people to write it off as dead.

Perhaps an even bigger surprise, however, was the mini’s hardware. The design didn’t change, but the 5th-generation mini upgraded the device to an A12 processor, the same chip in the then-current iPhone XR and XS. The update also added a Retina laminated screen with True Tone, P3 color support, and the highest pixel density of any iPad. The mini doesn’t support ProMotion, it only supports the first-generation Apple Pencil, and still relies on Touch ID for security. Still, in terms of raw horsepower, the mini is more similar to the 10.5-inch iPad Air than it is different, allowing it to hold its own in Apple’s iPad lineup despite its diminutive size.

The previous fall, I had ordered a 2018 12.9-inch iPad Pro and fell in love with it for writing and other tasks. As much as I enjoy the iPad Pro’s big display, though, it’s not suited for every task. For example, the size of the iPad Pro makes it awkward for reading in bed. Also, although I love to play games on my iPad Pro with a connected controller, that only works well if the iPad is sitting on a table.

When the mini was introduced, I immediately wondered whether Apple’s smallest tablet could be the perfect complement to its largest iPad Pro: a powerful but tiny device that could work well where the Pro doesn’t. I also figured the mini could be a great ‘downtime’ device for activities like games, reading, chatting with friends, and watching TV, movies, and other video content. So, I sold some old gear I no longer used and bought a mini with 256GB of storage, so I’d have plenty of space for games and locally-downloaded video.

The plan was for my new mini to serve almost exclusively as my downtime iPad. What’s happened in practice during the past year is very different than I anticipated originally. My use of the mini has expanded far beyond what I’d expected, despite the compromises that come along with its small size. The iPad Pro remains the device I rely on for most of my needs, but as we approached the iPad’s first decade, the time felt right to consider how far the mini has come and how this unassuming device fits so neatly into the spaces between the other devices I use.

END_OF_DOCUMENT_TOKEN_TO_BE_REPLACED

Jason Snell, in his review of the new iPad mini:

I’ve always preferred using a Kindle to read books, but I have to admit that the iPad mini is a pretty great size if you’re primarily planning on using it to read books, newspaper apps, and websites. The screen may feel a bit cramped when using productivity apps, but switching to the iPad mini from the 12.9-inch iPad Pro was like going from a coffee-table book to a trade paperback. Reading from apps while holding the iPad mini in vertical orientation in one hand was easy and pleasant.

However, the increased screen density of this device means you’ll probably need to crank up the default text size in your apps and in the Text Size setting in the Display & Brightness section of the Settings app. As on previous iPad minis, everything’s just a bit smaller, and unless your eyes are particularly keen (and young) you’ll need to slide that text size up a notch or two in order to get it back into comfortable territory.

While the 12.9” iPad Pro is my main work iPad, in December I bought a base model of the 11” version that I use exclusively as a media device to read books and articles, watch videos via Plex and YouTube, and play iOS games. I love the design and gesture-driven UI of the new iPad Pros, but I’m also intrigued by the extreme portability of the new iPad mini. I don’t plan on switching because I value the design and better screen of the Pro, but I definitely want to go to an Apple Store and play with the new mini for a bit. As someone who used to work on an iPad mini years ago, I’m glad Apple brought this product back. 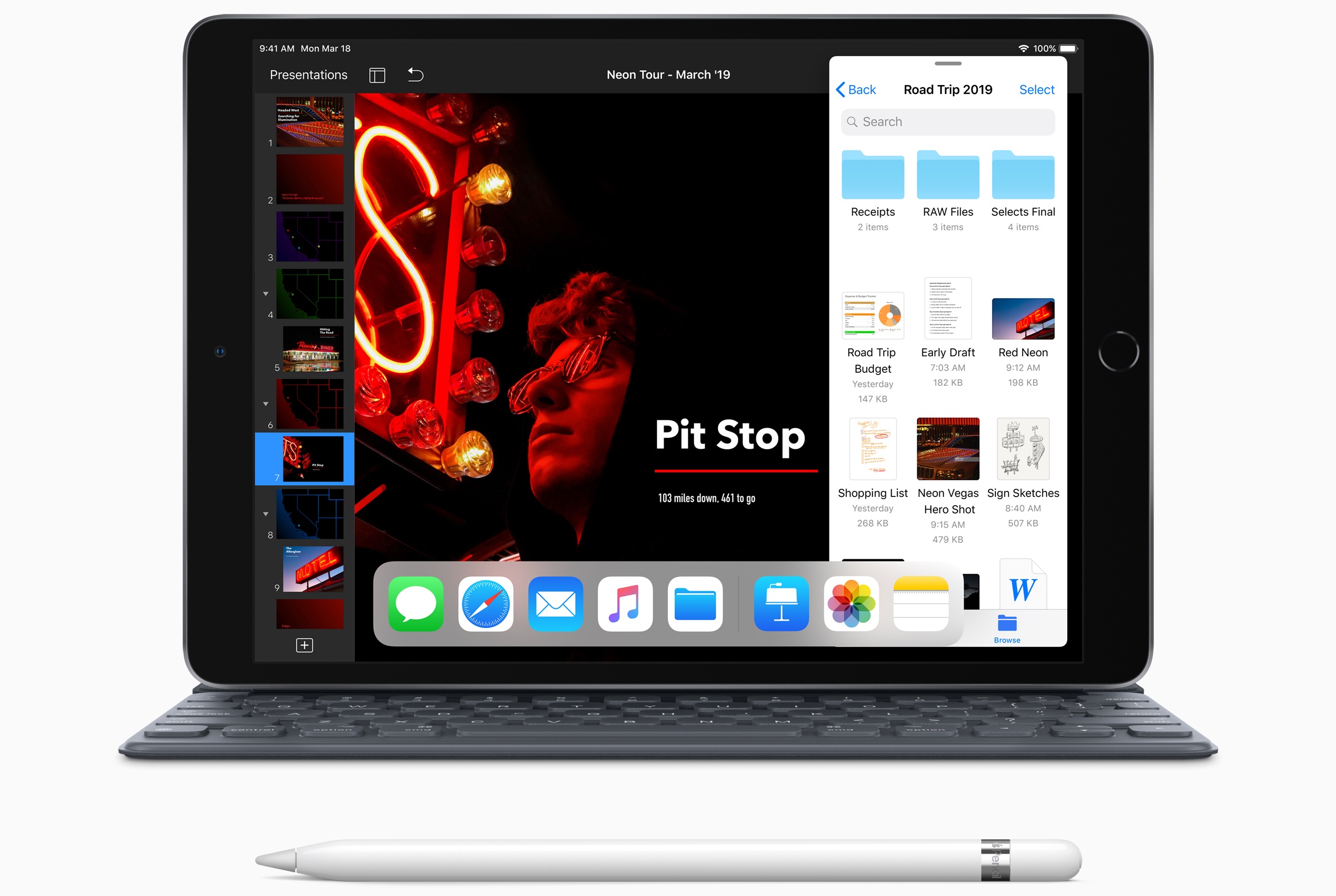 END_OF_DOCUMENT_TOKEN_TO_BE_REPLACED

I’ve been testing iOS on old devices for six years, and I’ve never seen a release that has actually improved performance on old devices. At best, updates like iOS 6, iOS 9, and iOS 10 didn’t make things much worse; at worst, updates like iOS 7 and iOS 8 made old devices feel like old devices. Anyone using an older device can safely upgrade to iOS 12 without worrying about speed, and that’s a big deal. You’ll notice an improvement most of the time, even on newer devices (my iPad Air 2, which had started to feel its age running iOS 11, feels great with iOS 12).

As I noted in my review, I was hoping someone would run actual measurements for different system features on older devices running multiple versions of iOS. Cunningham did exactly that, going all the way back to iOS 10 on the iPhone 5S.

The scientists at DisplayMate have tested the latest iPad mini’s display and found it to be some of Apple’s best work yet:

First of all, the colors and color accuracy of the iPad mini 4 now match all of the recent full size iPads and also the recent iPhones (5 and 6 including S and Plus). So across the entire mobile iOS product line you’ll now see color matched photos and screen images. The mini 4 is an excellent super size upgrade to the iPhone 6(S) and Plus and now truly qualifies as a small version of the iPad Air 2.

A big update from the iPad mini 3.

The original iPad mini has quietly disappeared from Apple’s web site, and is no longer available to purchase new from the Apple Store.

Apple’s discontinuation of the iPad mini leaves the remaining iPads as a completely 64-bit family, all using either A7 and A8X processors rather than the iPad mini’s aging A5.

The oldest iPad you can buy has a Retina display.

Considering the massive change that multitasking is going to be for 10-inch iPad users, I wonder how quickly Apple will phase out the iPad Air in favor of the split view-enabled iPad Air 2.