Apple has announced that it does not expect to meet its revenue projections for the March quarter as a result of the COVID-19 virus outbreak in China, which the company says has resulted in a slower return to normal conditions than expected at the time of its Q1 2020 earnings call held on January 28th. Apple cited two factors that will reduce revenue for the current quarter:

The first is that worldwide iPhone supply will be temporarily constrained. While our iPhone manufacturing partner sites are located outside the Hubei province — and while all of these facilities have reopened — they are ramping up more slowly than we had anticipated. The health and well-being of every person who helps make these products possible is our paramount priority, and we are working in close consultation with our suppliers and public health experts as this ramp continues. These iPhone supply shortages will temporarily affect revenues worldwide.

The second is that demand for our products within China has been affected. All of our stores in China and many of our partner stores have been closed. Additionally, stores that are open have been operating at reduced hours and with very low customer traffic. We are gradually reopening our retail stores and will continue to do so as steadily and safely as we can. Our corporate offices and contact centers in China are open, and our online stores have remained open throughout.

Although Apple has not provided revised March quarter revenue guidance, the company said that customer demand for its products and services outside of China has been strong and in line with its expectations.

Apple also announced in its press release that it is more than doubling its donation to support China’s public health effort.

You may remember Scotty Allen and his excellent YouTube channel Strange Parts (one of the best recent additions to my subscription list) for a video he shared in September about adding a headphone jack to the iPhone 7. After modding his iPhone with a custom case and backlit logo, Allen is back with the “ultimate” upgrade: after many failed attempts, he was able to replace his iPhone’s built-in storage, expanding it to 128 GB (up from 16 GB).

As with his headphone jack video, this is not a process that most people can try: it involves soldering, obtaining a compatible iPhone flash storage unit, and a device to manipulate data directly on the chip. However, this is a fascinating look into the world of spare iPhone parts available in Shenzhen, and I highly recommend watching the video below. 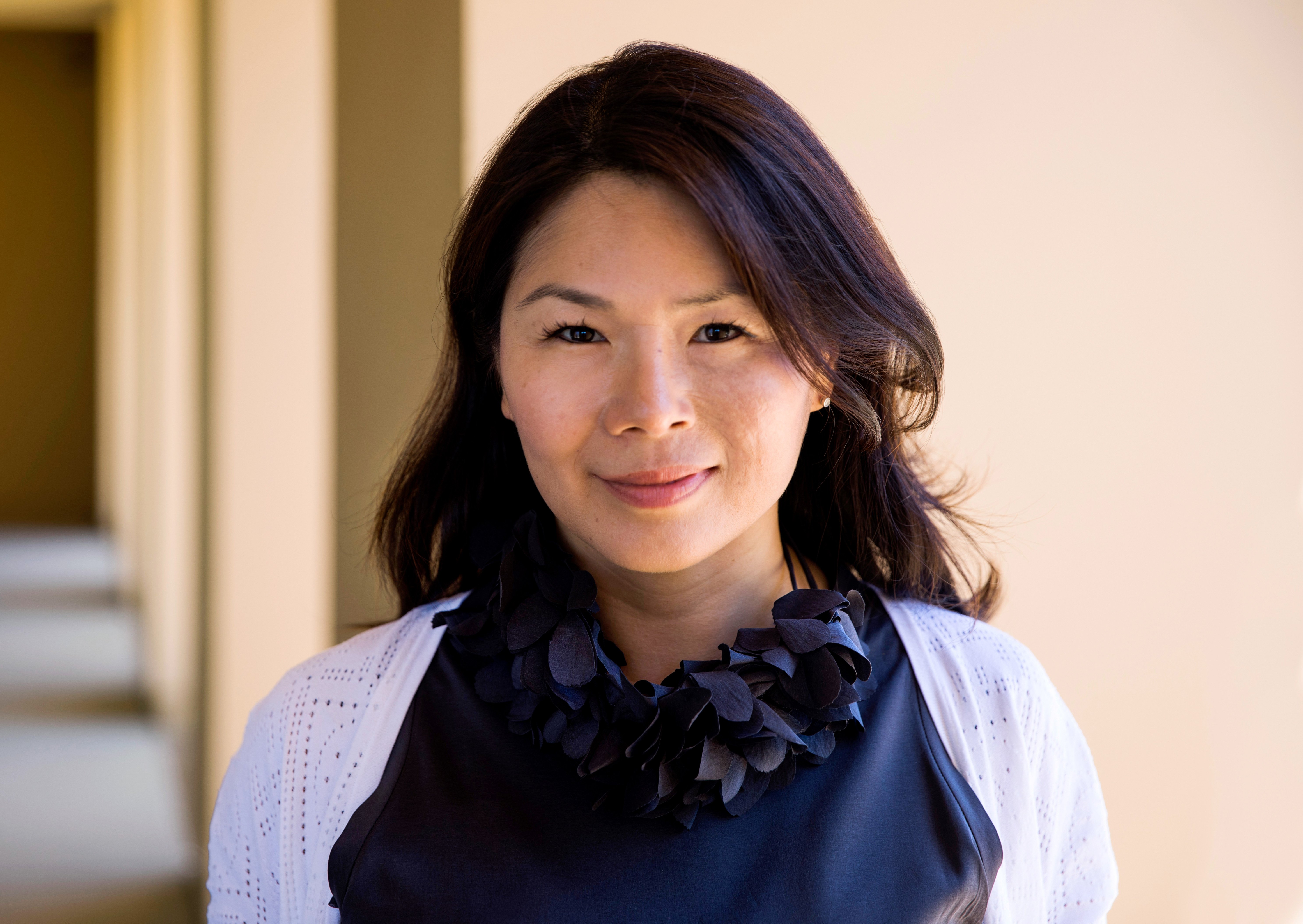 Apple CEO, Tim Cook, had this to say about the appointment:

“Apple is strongly committed to invest and grow in China, and we are thrilled that Isabel will be bringing her experience and leadership to our China team,” said Tim Cook, Apple’s CEO. “She has dedicated a great deal of her time in recent years to delivering innovation for the benefit of Apple customers in China, and we look forward to making even greater contributions under her leadership.”

Ge Mahe, who will start in her new position later this summer in Shanghai, added:

“I’m honored to have this opportunity to represent Apple in China and work more closely with our incredibly talented team,” said Isabel Ge Mahe. “Everyone at Apple is proud of the contributions we make to the communities where we do business, and I am looking forward to deepening our team’s connections with customers, government and businesses in China to advance innovation and sustainability.”

As Ge Mahe’s appointment underscores, China is an important market for Apple. The country accounted for 29% of Apple’s revenue in the March 2015 quarter according to Recode. Since then, however, revenues generated in China have slipped as the iPhone has lost market share to other mobile phone manufacturers.

David Barboza of The New York Times has an in-depth look at Zhengzhou, a Chinese city of six million residents with a Foxconn factory that can build 500,000 iPhones a day. Apple’s presence in Zhengzhou is so large that it’s called ‘iPhone City.’

The scale of Foxconn’s factory is immense:

[Workers] file steadily into dozens of factory sites, spread out across 2.2 square miles. At the peak, some 350,000 workers assemble, test and package iPhones — up to 350 a minute.

Based on extensive research that included over 100 interviews and the review of confidential Chinese government records regarding incentives received by Foxconn, The New York Times breaks down iPhone City’s stakeholders concluding that:

As China and the United States both brandish a new form of economic nationalism, they risk disrupting the system, without necessarily achieving their goals.

iPhone City is a complex system that developed over several years and involves economic incentives provided to Foxconn by local and national Chinese governments, intricate tax strategies that lower Apple’s costs, and a state recruited and trained labor force. We’ve had peeks at the enormity of Foxconn’s iPhone factory in the past, but Barboza goes further, with an excellent explanation of how interconnected each piece is.

It may not have made the front page headlines, but Apple just concluded a significant week-long tour of India and China. Tim Cook has made numerous trips to China in recent years, but this was the first time that Cook visited India on an official trip as CEO of Apple. The trip also comes at a crucial time for the company as it begins to make big strategic moves to attract more Indian consumers, and at a time when Apple’s growth in China last quarter screeched to a halt after a period of huge growth.

END_OF_DOCUMENT_TOKEN_TO_BE_REPLACED

Apple today announced an update to GarageBand that celebrates the rich history of Chinese music with new instruments and extensive Chinese language localization throughout the app. Building on GarageBand’s extensive collection of sounds, this update adds traditional Chinese instruments — the pipa, erhu and Chinese percussion — along with 300 Apple-created Chinese musical loops, giving users the power to tap into their creativity and make beautiful Chinese-inspired music right on their iOS device or Mac. GarageBand for iOS users also get two new Chinese templates for Live Loops, and new sharing options to popular Chinese social networks, so they can easily share their music creations with friends and followers across QQ and Youku.

There’s also a video of Tim Cook and Chinese musician JJ Lin making some music with these new Chinese instruments in GarageBand.

There’s no doubt that this is a very nice update to GarageBand which will be appreciated by many millions of users in China and around the world. But what I find even more interesting is that Apple took the time to publicize the update in a press release. It’s yet another example of Apple’s strong efforts in courting Chinese users and the Chinese government as the region becomes even more important to Apple’s future.

END_OF_DOCUMENT_TOKEN_TO_BE_REPLACED

Apple Pay today launched in China, where Apple has partnered with China UnionPay which operates the Chinese inter-bank network (in a role analogous to that of Visa and Mastercard). Jennifer Bailey, vice president of Apple Pay, told Reuters that Apple Pay supports 19 of China’s biggest lenders, which means that 80 percent China’s credit and debit cards are eligible for Apple Pay at launch. Bailey also noted that Apple Pay is currently accepted at about one-third of all locations that accept the supported cards.

Unsurprisingly, Bailey thinks that “China could be our largest Apple Pay market”. That is no surprise, in the other Apple Pay markets there is either a shortage of locations which support Apple Pay (United States) or shortage of financial institutions which support Apple Pay (Australia, Canada). The UK is the only country that has a high level of retail location acceptance and financial institution support – but the population of China far exceeds that of the UK.

Apple’s approach is to not compete with banks and UnionPay, said Bailey.

“China UnionPay and our Apple Pay solution has a huge advantage, given the footprint of China UnionPay,” she said. “Its merchant acceptance network far exceeds what any of the other mobile platforms have today.”

For a full list of the supported financial institutions in China, view this page on Apple’s website. Apple Pay is available in China at retail locations, as well as in iOS apps.

Apple today announced a partnership with China UnionPay, which will see Apple Pay available to Chinese customers as soon as early 2016. China UnionPay operates the Chinese inter-bank network and develops the UnionPay Card network – and its role in China is somewhat analagous to that of Visa and Mastercard.

Apple says that it is working with China UnionPay to launch Apple Pay with 15 of China’s leading banks, but provides no firm date apart from saying it will available as “soon as early 2016”. According to Apple, the service needs to go through “tests and certification required by Chinese regulators”. At this stage it is unclear which 15 banks will be supported.

China UnionPay cards are issued by over 165 financial institutions and can be used at more than 26 million merchants, 1.9 million ATMs and to date over 5 billion UnionPay cards have been issued. Today’s announcement will likely make China the fifth country to support Apple Pay, with Spain, Singapore and Hong Kong also getting limited support for Apple Pay sometime in 2016.

“Apple Pay has revolutionized the way millions of people pay every day with their iPhone, Apple Watch and iPad,” said Eddy Cue, Apple’s senior vice president of Internet Software and Services. “China is an extremely important market for Apple and with China UnionPay and support from 15 of China’s leading banks, users will soon have a convenient, private and secure payment experience.”

Today’s Apple Pay announcement is a big deal after a rather lackluster year for the service outside of the US. After launching in the US on October 20, 2014, Apple Pay finally expanded beyond the US in July this year when it lauched in the UK. But the UK launch was a bit of a shambles with just eight banks supporting the service at launch and just one of the “big four” – worsened by one of the banks delaying their support by a couple of weeks at the last minute. Then in late October this year Apple announced a partnership with American Express to bring Apple Pay to Australia and Canada, which it did in mid-November. Apple was unable, or perhaps unwilling, to make a deal with local banks – with numerous reports which say there was a deadlock between Apple and the banks over how much Apple should be paid from each transaction made using Apple Pay. The same limited, American Express only, Apple Pay support will roll out to Spain, Canada and Hong Kong starting in 2016.