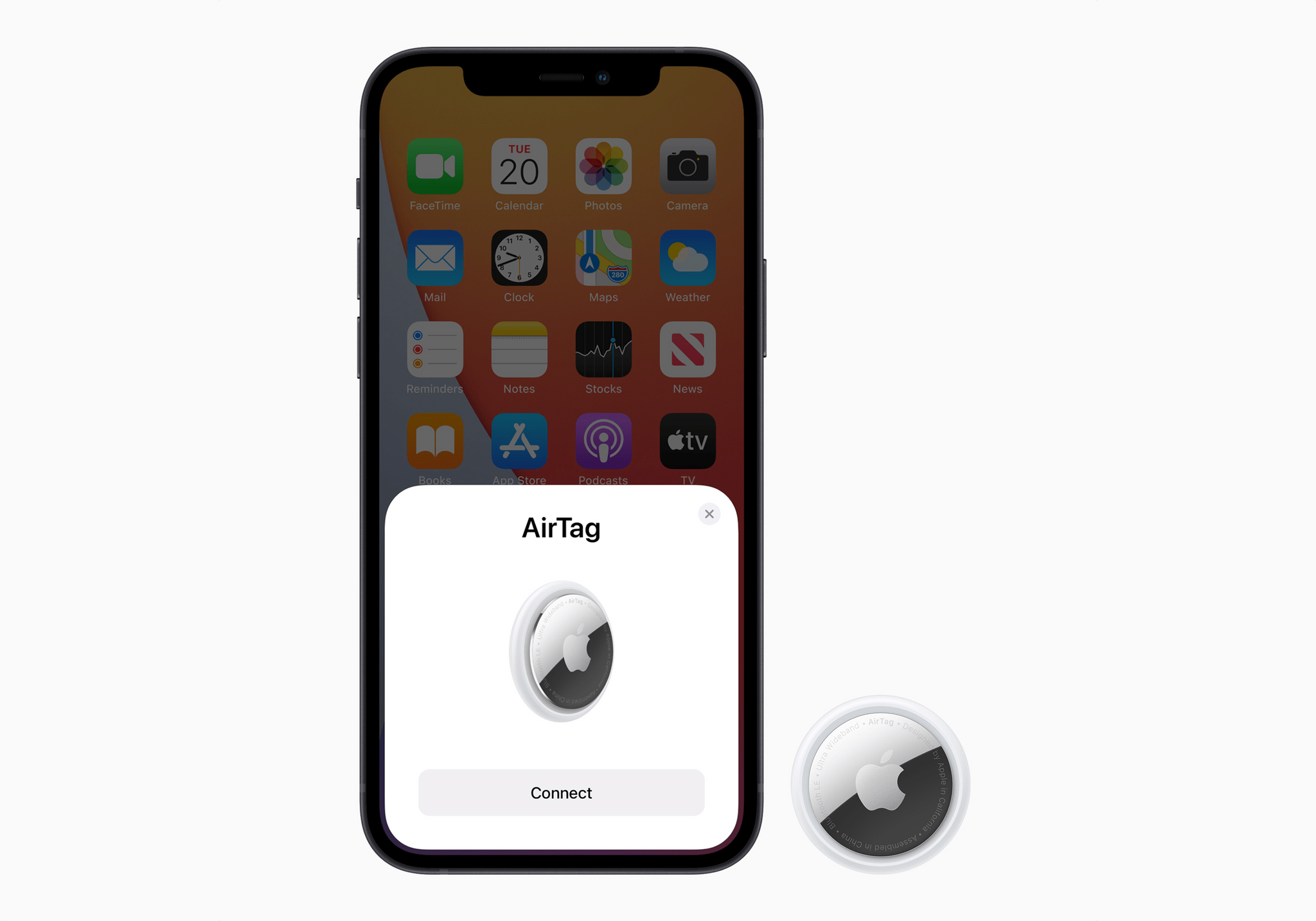 Apple has released a statement about its efforts to prevent unwanted tracking using AirTags. The company’s statement outlines its cooperation with law enforcement to apprehend people who have misused AirTags and details the steps it is taking to improve AirTags and the Find My network, including:

It’s good to see Apple open up about the steps it’s taking to address the misuse of AirTags. As I said last month:

This is also a topic where some added transparency about what Apple is doing to address concerns about stalking would help observers decide whether it’s enough instead of having only anecdotal news reports to go on.

Today’s statement is exactly the sort of increased transparency I was hoping we’d see from Apple. I’ll leave it to people with expertise in personal safety to comment on whether these steps go far enough. I’m just glad that those experts’ opinions can now be based on facts instead of speculation.

First spotted by 9to5Mac, Apple has expanded its Personal Safety Guide that serves as a hub for information about device and data access when your safety is at risk. New details in the guide cover AirTags, which have received a lot of attention as stories have surfaced of their use to stalk people, but the guide is broader than that, covering a wide range of topics. As Apple explains at the beginning of the guide:

This user guide is a personal safety resource for anyone who is concerned about or experiencing technology-enabled abuse, stalking, or harassment. It can help you sever digital ties with those you no longer want to be connected to and outlines the personal safety features that are built into Apple devices.

In addition to accessing the Personal Safety Guide on Apple’s website, it’s available as a downloadable PDF.

Regarding AirTags and other Find My accessories, Apple’s guide explains what the device’s alerts mean, providing users with the context necessary to know how to respond. The guide also offers suggestions of what to do if an unknown device is following them.

The problem of AirTags being used to stalk people has been in the news ever since they were released last spring, but a recent story in The New York Times has brought the issue to the forefront again. AirTags are fantastic when used as intended to keep track of your keys, luggage, and other personal items, but stalking is a serious problem that Apple should do everything it can to prevent.

Apple is also in a unique position given the vast size of its Find Me network. That puts the company in a different league than competitors like Tile, which carries greater responsibility with it.

In a story on Peer Reviewed, Matt VanOrmer puts a finger on something I’ve been wondering for a while: Are AirTags contributing to the problem of stalking or merely making us more aware of it because of the unique stalking countermeasures built into the device? It’s a classic causation/correlation question that is worth reflecting on. As VanOrmer explains:

I think the increase in news stories about AirTag stalking situations are less indicative of AirTags causing more stalking, and more indicative of how frequently stalkings already occur — with AirTags’ anti-stalking features simply bringing more of these horrible situations to light. These stories may be a classic example of the Baader-Meinhof phenomenon (AKA the “Frequency Illusion”) — in which increased awareness of creeps using AirTags to stalk women creates the illusion that it is happening more often, or even that AirTags are responsible for this illusory increase in incidence.

As VanOrmer rightly points out, Apple should do everything it can to prevent AirTags from being used to track people, which includes improving the tools available to Android users for whom Apple has made an app that is generally viewed as insufficient. This is also a topic where some added transparency about what Apple is doing to address concerns about stalking would help observers decide whether it’s enough instead of having only anecdotal news reports to go on. However, given the wide-reaching impact of the Find My network, which affects people who aren’t even Apple customers, I think a third-party audit of how Apple is handling the security and privacy implications of AirTags is warranted. 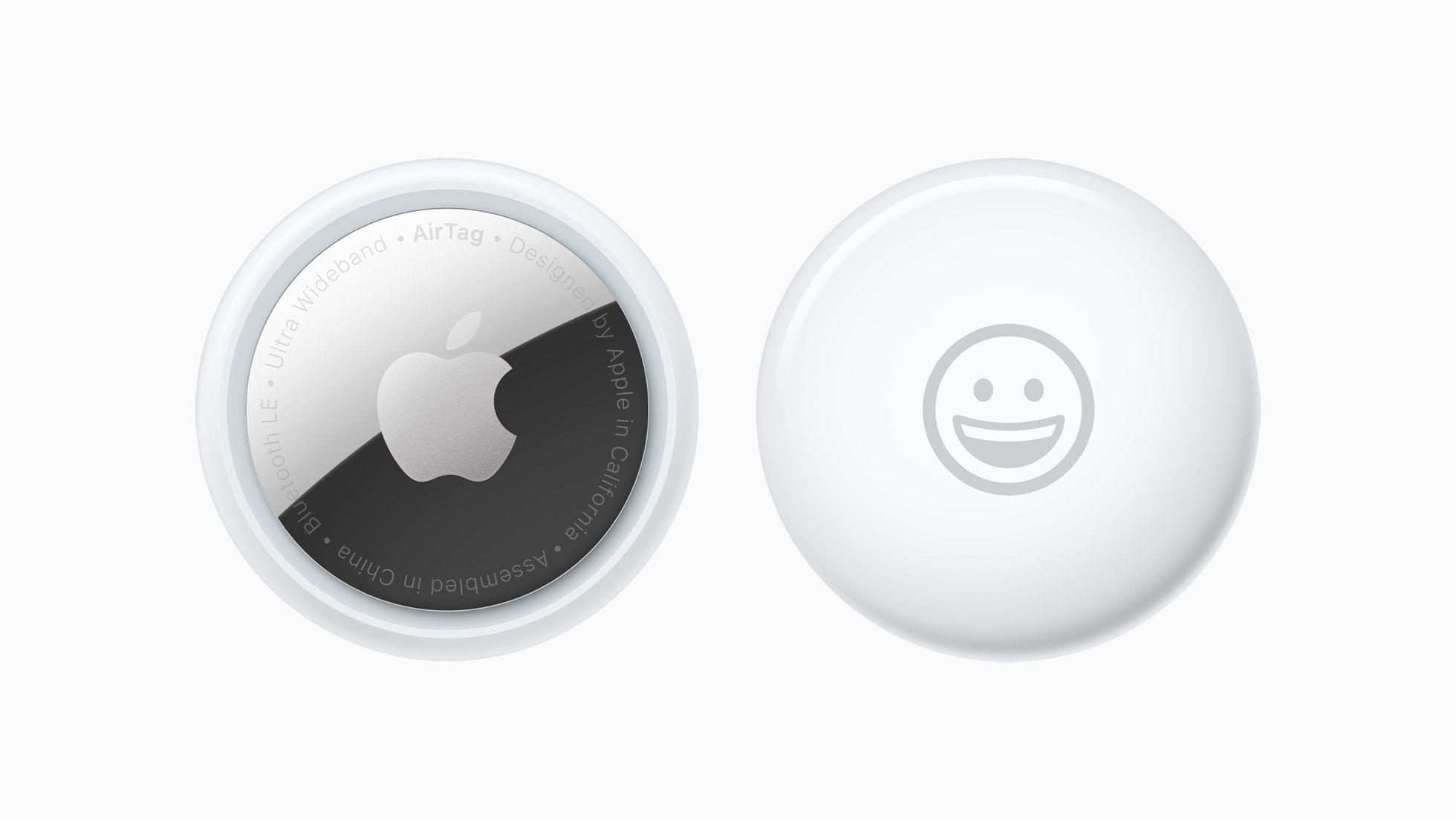 CNET reports that Apple is adjusting the time within which they sound an alert when separated from their owners and adding ways to alert people when AirTags and third-party Find My network-enabled items are nearby.

Initially, AirTags were set to play a sound three days after they were separated from their owners. Now, the device will play a warning beep somewhere between 8 and 24 hours. Apple is also creating an Android app to allow owners of Android phones and devices to know if an AirTag or Find My network device is planted on them.

AirTags launched last month with numerous privacy protections baked into the device and related software, noting at the time that they expected to make adjustments along the way. With a few weeks of real-world use by customers and investigations by The Washington Post and others, today’s changes are a positive step toward ensuring that AirTags can only be used for their intended purpose: tracking belongings, not people.

The latest changes are being rolled out now and will be applied to AirTags when they are near an iPhone. Apple told CNET that it will have more details on the planned Android app later this year. 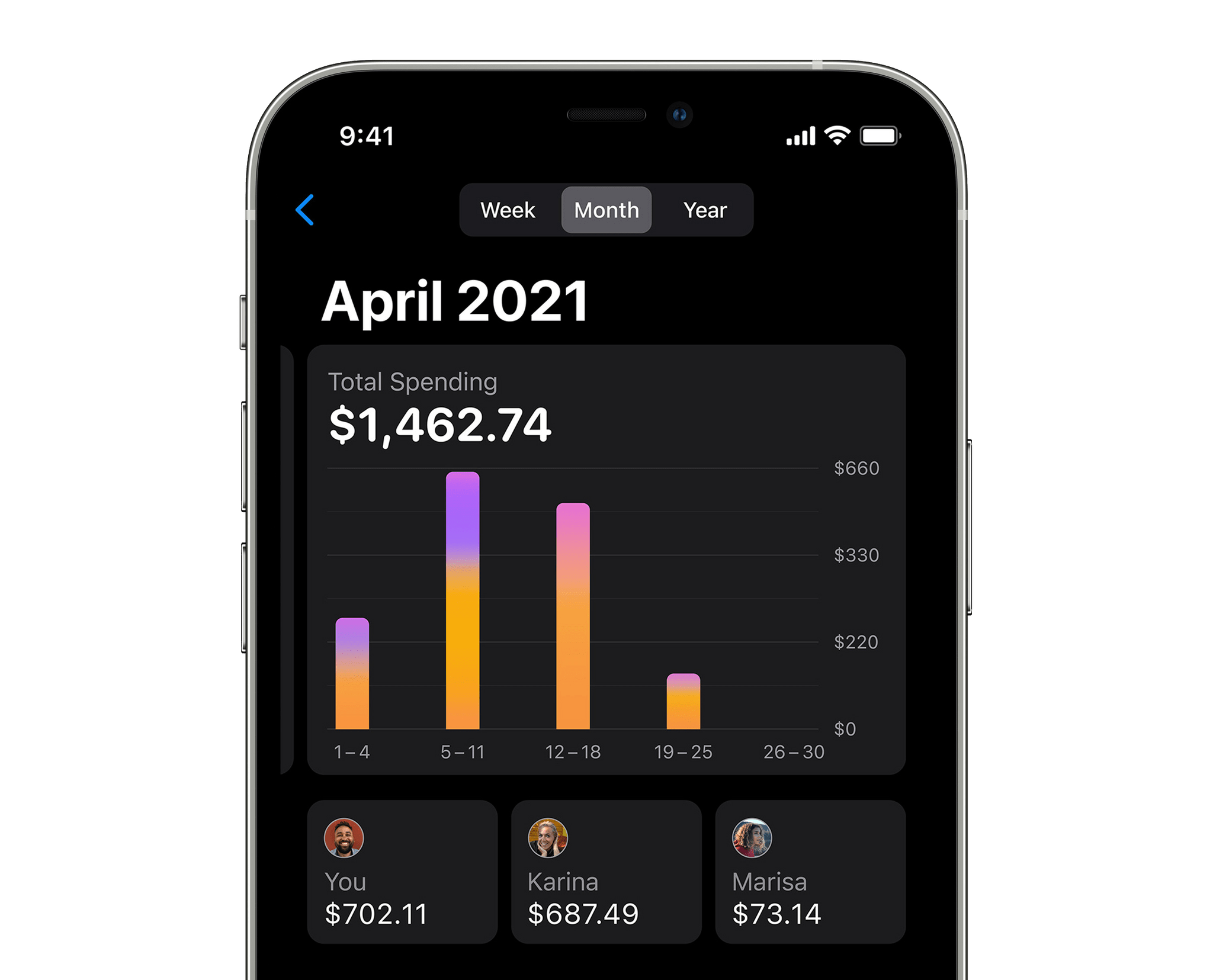 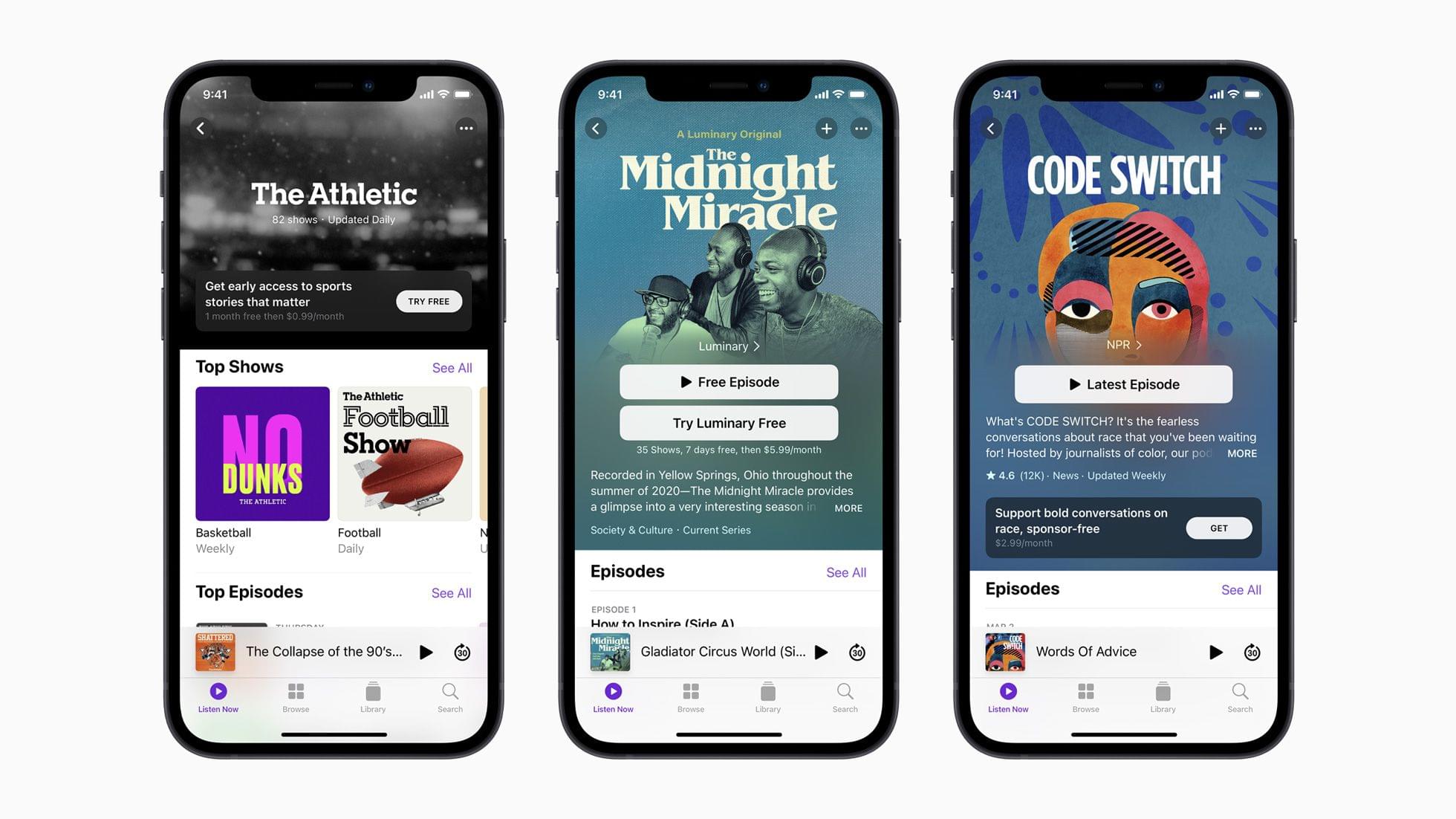 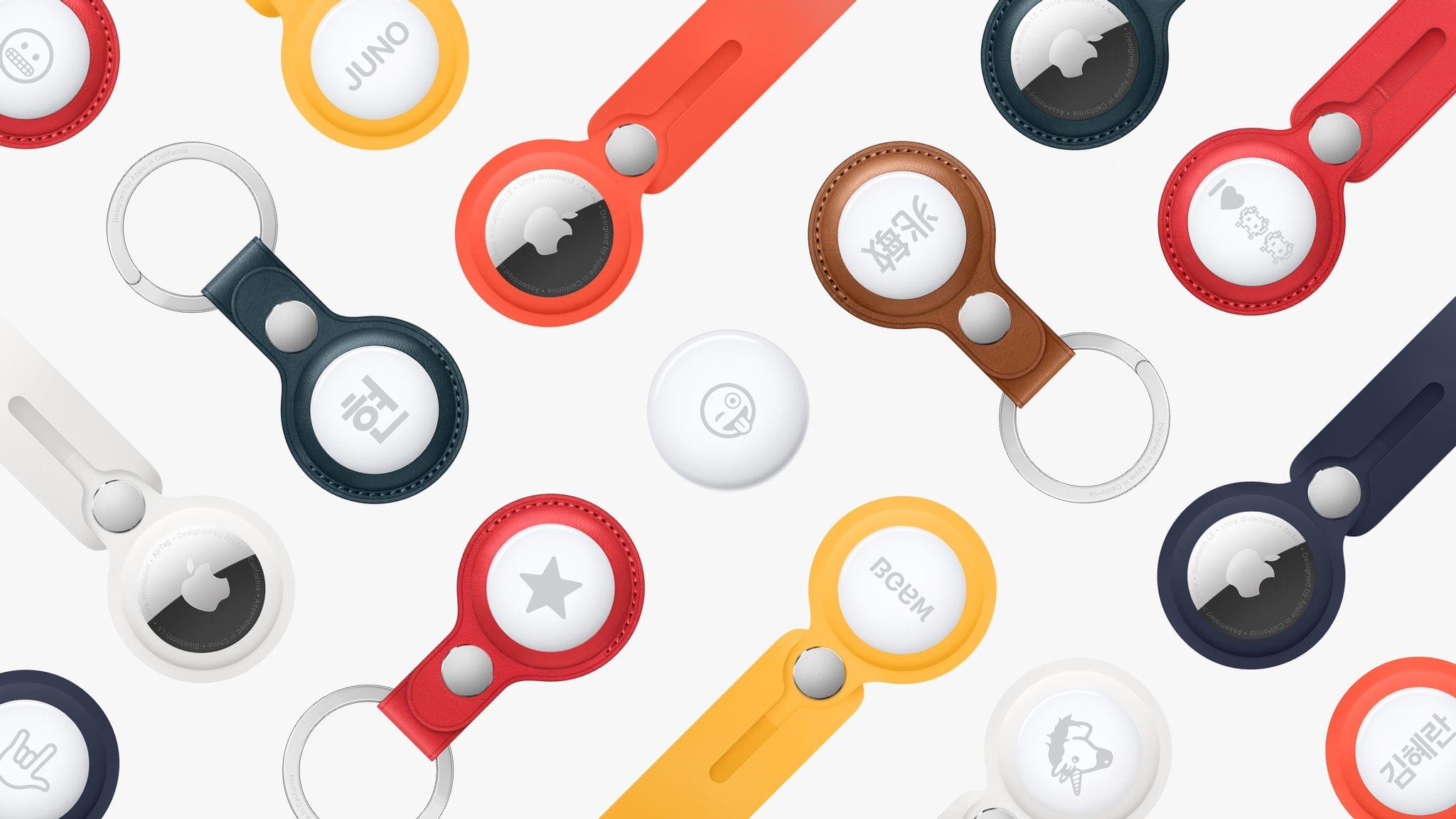 AirTags, which Apple announced on Tuesday, will go on sale tomorrow, April 23rd with deliveries beginning a week later on April 30th. Apple provided the tiny item-tracking device to several YouTubers and reviewers, and embargoes have lifted.

Here’s a rundown of the early reviews of AirTags along with coverage of the new purple iPhone 12:

The precision finding feature enabled by the U1 chip works as a solid example of utility-driven augmented reality, popping up a virtual arrow and other visual identifiers on the screen to make finding a tag quicker.

Panzarino also digs into all the privacy edge cases that Apple has accounted for in his review and shows off some of Apple’s AirTag accessories and what an AirTag looks like disassembled.

Dieter Bohn at The Verge tested AirTags by giving one to a colleague and tracking him down using the Find My network:

After a half-hour of walking around, I finally found him. He was standing on a street corner with no foot traffic whatsoever, which meant that the intermittent signals I got detailing his location came from a couple of iPhones in cars that were driving by.

As Bohn and other reviewers note, however, both sides of the AirTags are prone to scratching:

Here’s the scuffs and scratches on an AirTag after a few hours of handling. I don’t think we did anything excessive here either. I mean it’s not a huge deal that this happens but it’s still pretty weird! pic.twitter.com/kkD2A6OhCn

The Verge has a short story and gallery of photos featuring the new purple iPhone 12.

Several video reviews were also released today highlighting the AirTags and the purple iPhone 12, which are embedded after the break.

END_OF_DOCUMENT_TOKEN_TO_BE_REPLACED

Michael Grothaus at Fast Company interviewed Kaiann Drance, Apple’s vice president of worldwide iPhone product marketing and Ron Huang, a senior director of sensing and connectivity, about AirTags. The focus of the story is the privacy features built into AirTags, and it includes this interesting nugget not covered during Apple’s event on Tuesday:

AirTags also have a unique security feature called Pairing Lock, which protects against people who may find your lost item and snatch the AirTag from it to use as their own. Huang likens Pairing Lock to the iPhone’s Activation Lock. “It means that if you lose your AirTag, somebody can’t just pick up your AirTag, re-pair it with their phone, and continue using it,” he says. “This has been really impactful for the iPhone and we think it will be for AirTag as well.”

I’ve seen a lot of questions raised online about exactly how AirTags work and their privacy features, and this Fast Company story is a great place to start to learn more.

At today’s event in Cupertino, Apple unveiled AirTag, a small disk that can be used to keep track of personal items. The disk, which runs on a replaceable CR2032 battery, is a glossy white plastic on one side and metal on the other. The device uses Apple’s U1 chip technology combined with the iPhone’s camera, accelerometer, gyroscope, and ARKit to locate missing items.