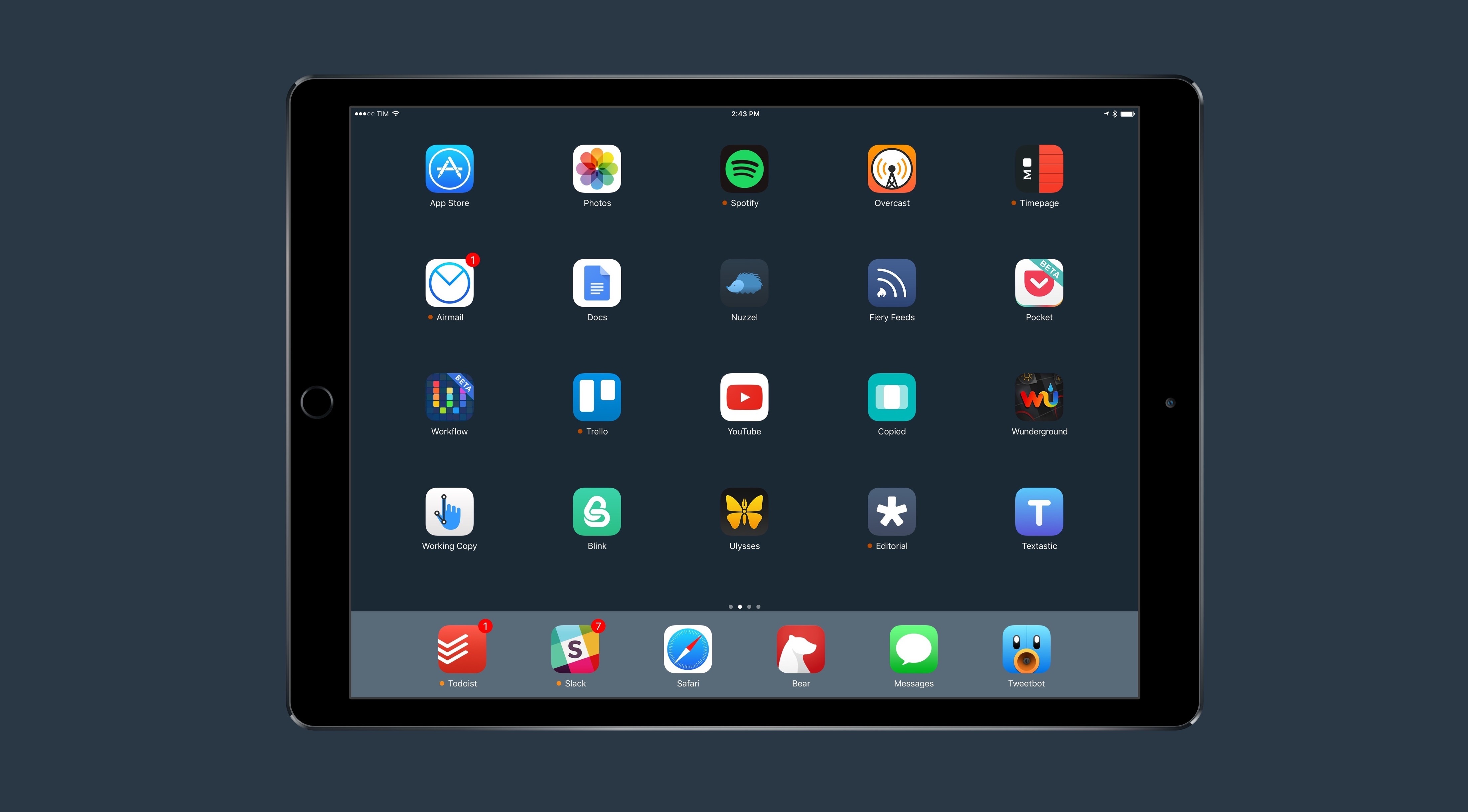 There’s no doubt in mind now: the iPad Pro is the best computer I’ve ever owned not only because it’s powerful, but because iOS apps unlock a different kind of productivity on the big screen. More than any other iPad before, the iPad Pro is the strongest argument in favor of iOS for as a primary computing platform.

A year after its launch, the 12.9-inch iPad Pro holds up well and I’m not desperately longing for a hardware refresh. However, if Apple can make this iPad lighter and faster, add the True Tone display and better camera from the 9.7-inch iPad Pro, and make the speakers even louder and richer, I’d welcome such upgrade – though I feel like Apple has bigger plans for the Spring.

Where I’d like to see the company bring deeper updates is iOS and the iPad accessory department.

The iPad’s multitasking UI needs a visual overhaul and integration with external keyboards. It’s also time for a system-wide drag & drop framework that can provide a suitable alternative to the clipboard and extensions. There should be support for in-app split views (like Safari’s) in more Apple apps, too. Hopefully, Apple had the time to measure the response to iOS 9, and they’re working on a proper follow-up for 2017.

On the accessory front, the Smart Connector has yet to prove its worth with third-party companies. In over a year, I’ve only seen a couple of non-Apple accessories that take advantage of the connector on the back of the iPad Pro, and both were made by Logitech. It’s not clear why no one else was able to release Smart Connector-enabled accessories since November 2015, and I feel like there’s a lot of wasted potential for external inputs that could benefit from the easy pairing and charge provided by Smart Connector.

What I do on the iPad Pro today can’t be done on a Mac.

My first year with the iPad Pro has been a success. By embracing new ways to work and manage my time, I was able to optimize my workflow on a computer that can transform into a laptop, a book, a videogame console, and a focused writing machine. I’ve had fun working on the iPad Pro, but, more importantly, I’ve accomplished more thanks to the power of modern iOS apps. What I do on the iPad Pro today can’t be done on a Mac.

With its 12.9-inch display, the iPad Pro epitomizes the platform’s ultimate goal: to give you a canvas of possibilities and the freedom to take it anywhere.

There’s never been a better time to be an iPad user. I’m excited for what’s next.