Yesterday during their Peek Performance keynote event, Apple unveiled the Mac Studio and Apple Studio Display. The former is an all-new computer joining the Mac lineup, with specs that are blowing away Apple’s previous offerings due to the introduction of a new top-of-the-line M-series chip: the M1 Ultra. The Apple Studio Display marks Apple’s true return to the consumer display market after a near decade-long hiatus.

As we entered the Mac-focused section of the keynote, Apple SVP of Hardware Technologies Johny Srouji took the screen to tell us that the M1 Max chip has been hiding a secret the whole time. Each M1 Max can actually be connected to another M1 Max using Apple’s custom-built ‘UltraFusion’ packaging architecture. This connection instantly doubles nearly all of the chip’s capabilities, but doesn’t come with the usual trade-offs of connecting two chips using a motherboard as the middleman. Instead, the UltraFusion architecture allows the combined M1 Max chips to operate as a single entity, and Apple has dubbed this joined-together chip the M1 Ultra. The M1 Ultra includes a 20-core CPU (16 high-performance cores and 4 high-efficiency cores) and 32-core Neural Engine for all models. The base model includes a 48-core GPU, but can be specced up to 64 cores. Apple’s reported graphics measurements for the chip are pretty astounding, including the claim that it matches the performance of the highest-end PC GPU available while using 200W less power. Apple’s CPU claims for the chip are similarly explosive and early benchmarks seem to back these up. The only area where the chip doesn’t seem to have significantly improved over other Apple silicon models is in single-threaded performance, but that’s to be expected since it’s still based on Apple’s standard M1 chip architecture, and increasing core counts does little for single-threaded operations. A chip is only as impressive as the machines it powers, and Apple didn’t leave us hanging on that front. The Mac Studio is Apple’s latest addition to the Mac lineup, and it has some extremely impressive specs of its own.

Design-wise, the Mac Studio looks essentially like a tall Mac mini. Its case is made from Apple’s familiar silver aluminum, and features an Apple logo on the top, fan holes and the words ‘Mac Studio’ on the bottom, exhaust holes on the back, and I/O ports on the front and back. A single indicator light on the front shows the machine’s current status.

On the interior, the entire top half of the machine is essentially just a fan. This makes up the cooling system which draws air in from the fan holes in the bottom and exhausts it out through the holes in the back. The system should keep the Mac Studio running cool whether you choose its baseline model with an M1 Max chip, or spend an extra $1,400 to upgrade to the M1 Ultra. 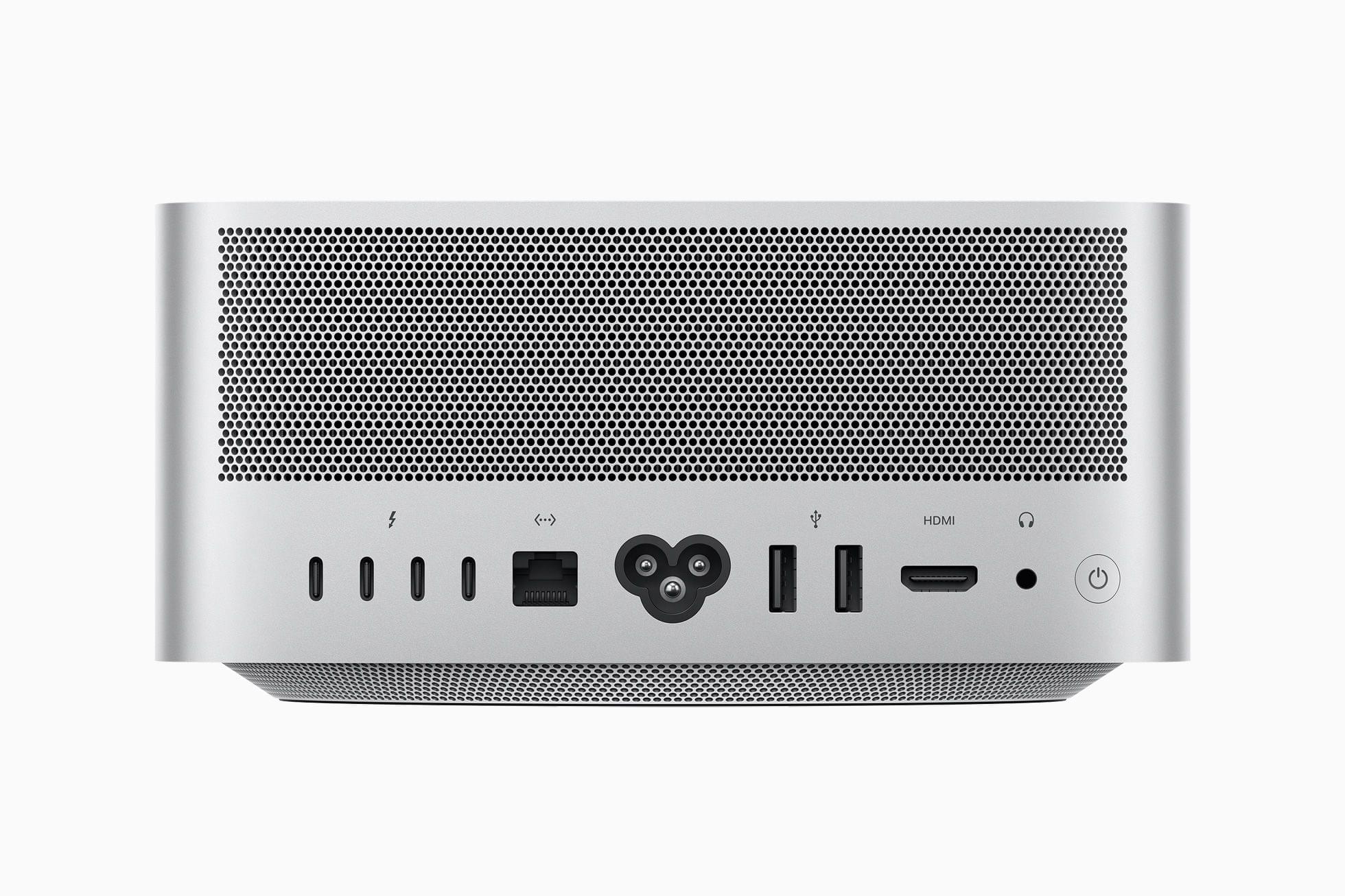 For I/O, the Mac Studio includes four Thunderbolt 4 ports, a 10Gbit Ethernet port, a proprietary port for the new power cable, two USB-A ports, an HDMI port, and a 3.5mm headphone jack on the back. If you choose the M1 Max model then you’ll find two USB-C ports on the front as well, but if you upgrade to the M1 Ultra then these two ports will be Thunderbolt 4 instead. Both models also include a front-facing SDXC card slot.

A headless computer wouldn’t be complete without a display though, and for the first time in years Apple has finally come through (at least in a reasonably affordable way) on this front. The Apple Studio Display is a 27-inch 5K Retina display with a built-in camera, microphone array, and speaker system. The display itself features 14.7 million pixels, 600 nits of brightness, P3 wide color, and support for more than a billion colors. If any of those numbers sound familiar, that’s because it’s the same excellent display that has long been proven out in Apple’s 5K iMac.

The new Studio Display packages an internal Apple A13 Bionic chip to power its advanced features such as Center Stage and Spatial Audio. The built-in 12MP Ultra Wide camera is the best camera Apple has ever put in Mac-focused hardware, and this will be the first time that Center Stage can be used on a Mac. The A13 also leverages the Studio Display’s six-speaker sound system to enable Spatial Audio. This is the best sound system ever included on Mac-focused hardware, and is joined by a three-microphone array for improved audio quality during calls or voice recording. 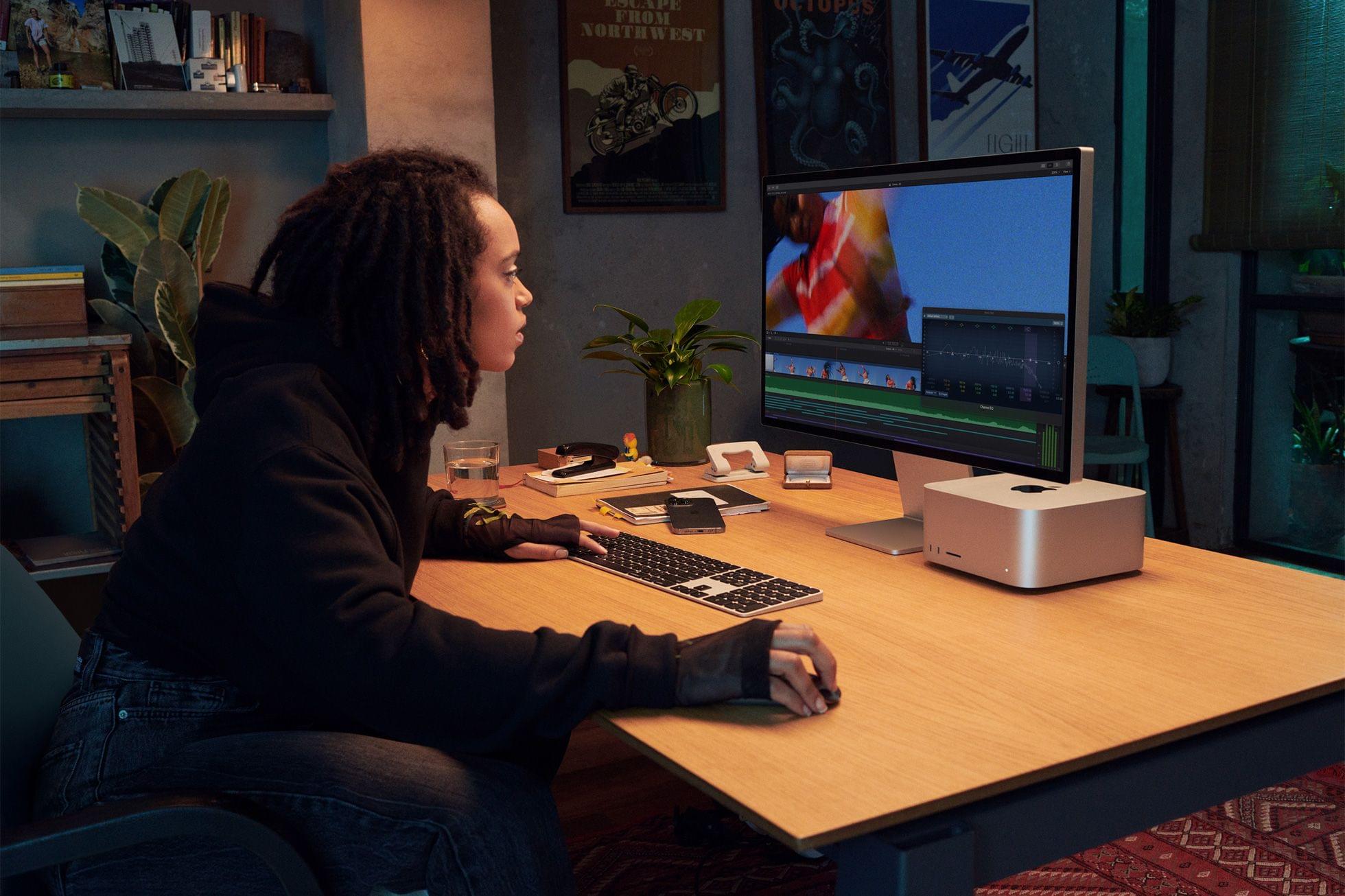 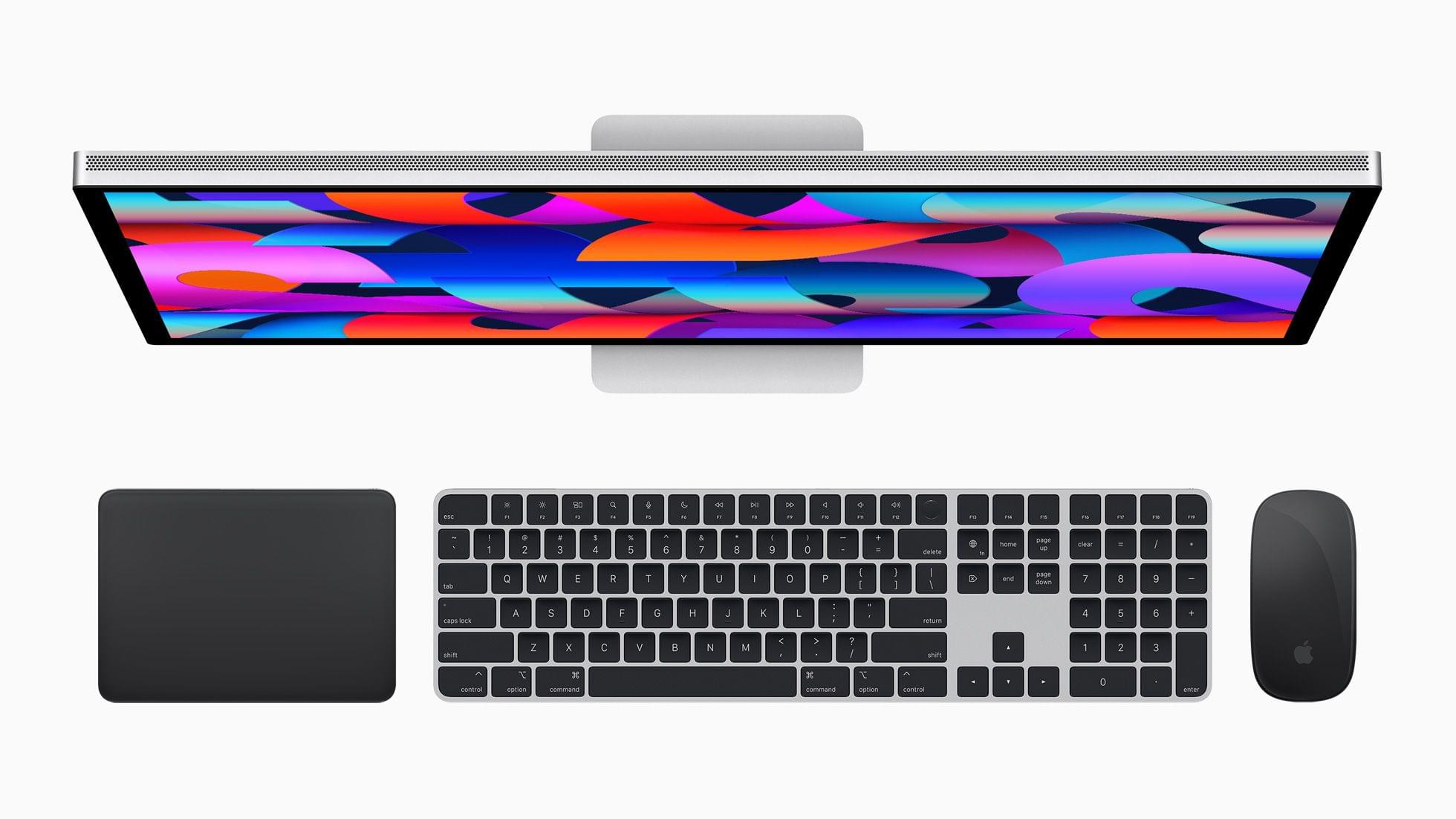 The Mac Studio and Apple Studio Display are already available to order on Apple’s store, and will begin arriving to customers on March 18. The Mac Studio starts at $1,999, and the Studio Display starts at $1,599. Alongside these products, Apple has also released new Magic Keyboard, Magic Trackpad, and Magic Mouse peripherals with black finishes, which are all available for order today.

You can follow all of our ‘Peek Performance’ Apple event coverage through our event hub, or subscribe to the dedicated RSS feed.