Yesterday Apple gave us a sneak peek at some features coming in the next major iteration of OS X, Lion. For those who missed it, Lion will be available starting next summer, and more previews will likely be shown in January (when the Mac App Store will open), at the WWDC ‘11 or, perhaps, at another Lion-focused event. We don’t know yet.

Yesterday’s preview, however, was built around a simple concept: Apple brought OS X to the iPhone and iPad and created a new mobile operating system called iOS from it; now the best features experimented on those devices are coming back to where it all started, the Mac. 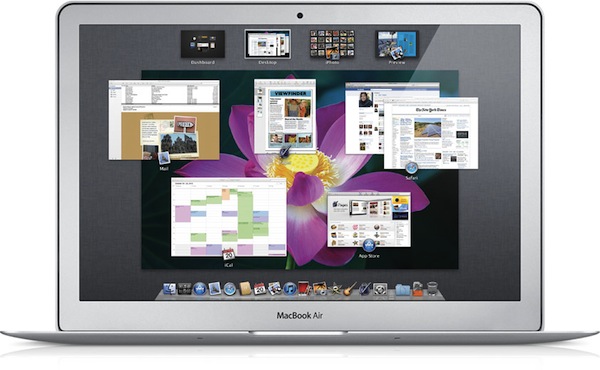 Mac OS X Lion was described by Steve Jobs as “OS X meets iPad” because, in the “circle of virtue” he showed, the tablet and the computer sat next to each other. OS X was brought to the iPhone, it got bigger and better on the iPad, now it’s time to focus again on the original OS. I don’t think Apple is simply bringing some of the features introduced in iOS to the Mac: Apple’s Lion will be an actual lion for the company because, from what we’ve seen so far, it’s a first step towards a complete re-imagination of desktop computing as we know it.

Take Launchpad for example. At first sight, it might look like a simple and terrible-to-use for geeks layer above the usual Dock and Stacks. A minimal interface with big icons and fullscreen to access your most used applications and create iOS-like folders to organize them. To resemble iOS even more, the Launchpad has even got “pages” to divide your apps by category or usage. The Lauchpad, though, is more than just the iPad’s Springboard made bigger to run on the Mac. It’s a preview of what Apple is seeking to implement in the future of OS X: a Finder-less, filesystem-less computer. Like it or not, that’s what it is: the Launchpad doesn’t force you to navigate to your /Applications directory, it doesn’t over-complicate the UI with scrollbars (which are gone, by the way) and navigation arrows. Launchpad is stored somewhere on your filesystem: you just don’t see it. It’s a new level of abstraction that I’m sure most OS X users will find handy and attractive. In fact, I let 3 friends of mine (they’re definitely not geeks or tinkerers) watch the Lion video last night and they were impressed by what they saw about Launchpad. Its ease and accessibility will be huge among regular Mac users.

Launchpad is the result of OS X evolution and streamlining on mobile devices, and pay attention to this difference: there’s a thin line that divides “iOS coming to the Mac” and “Mac evolved and inspired by iOS”, but it’s there.

Fullscreen and Mission Control might be an even better example. iPhone and iPad users don’t have to manage windows and resizing of apps because on iOS the device becomes the app you’re using. You’ve opened Instapaper? That means you’re reading. Simple. iOS and the lack of visible windows on screen introduced a new concept - or maybe they just brought a very old one back to life - of focused computing: you see one app at a time, that app is what your device is doing. On the Mac, of course, Apple had to take a different approach: bigger screens allow people to run and see multiple apps at a time, plus OS X users are used to having multiple windows on screen. It’s useful sometimes. But is it absolutely necessary? No. The multitude of existing Mac apps aimed at letting you focus on a single app at a time proves that. So let’s bring fullscreen back to the Mac. Let’s introduce a new fullscreen UI in iLife ‘11. Let’s re-imagine the way OS X plays with fullscreen’d apps and launch a new window management in Lion.

Thus Mission Control: if there’s more real screen estate, then where’s the need of having 3 separate window management utilities? Mission Control unifies Exposè, Spaces and Dashboard in a single UI and then again, regular and new OS X users will love that. Apple never really pushed Exposè and Spaces (in fact, they’re seen as features for “power users”), so here’s their chance to bring a useful, beautiful and fast window management system to the Mac by taking inspiration of what they’ve done on iOS. Of course we can’t judge just yet on the real usefulness and reliability of the system, but it looks promising.

Then there’s the Mac App Store. I’ve already expressed my first thoughts on it and, summing up, it’s pretty clear that Apple wants to change the way you discover and install apps on your Mac. Period.

At a wider level, Apple wants to change the way you think of your Mac. We have not seen enough to get the big picture at this point, but reading between the lines we have felt the excitement of Steve Jobs about the new face of OS X. Inspired by the iOS, the result of years of experimentations and tests started from OS X itself. Coming back to the Mac sounds like a natural fit.