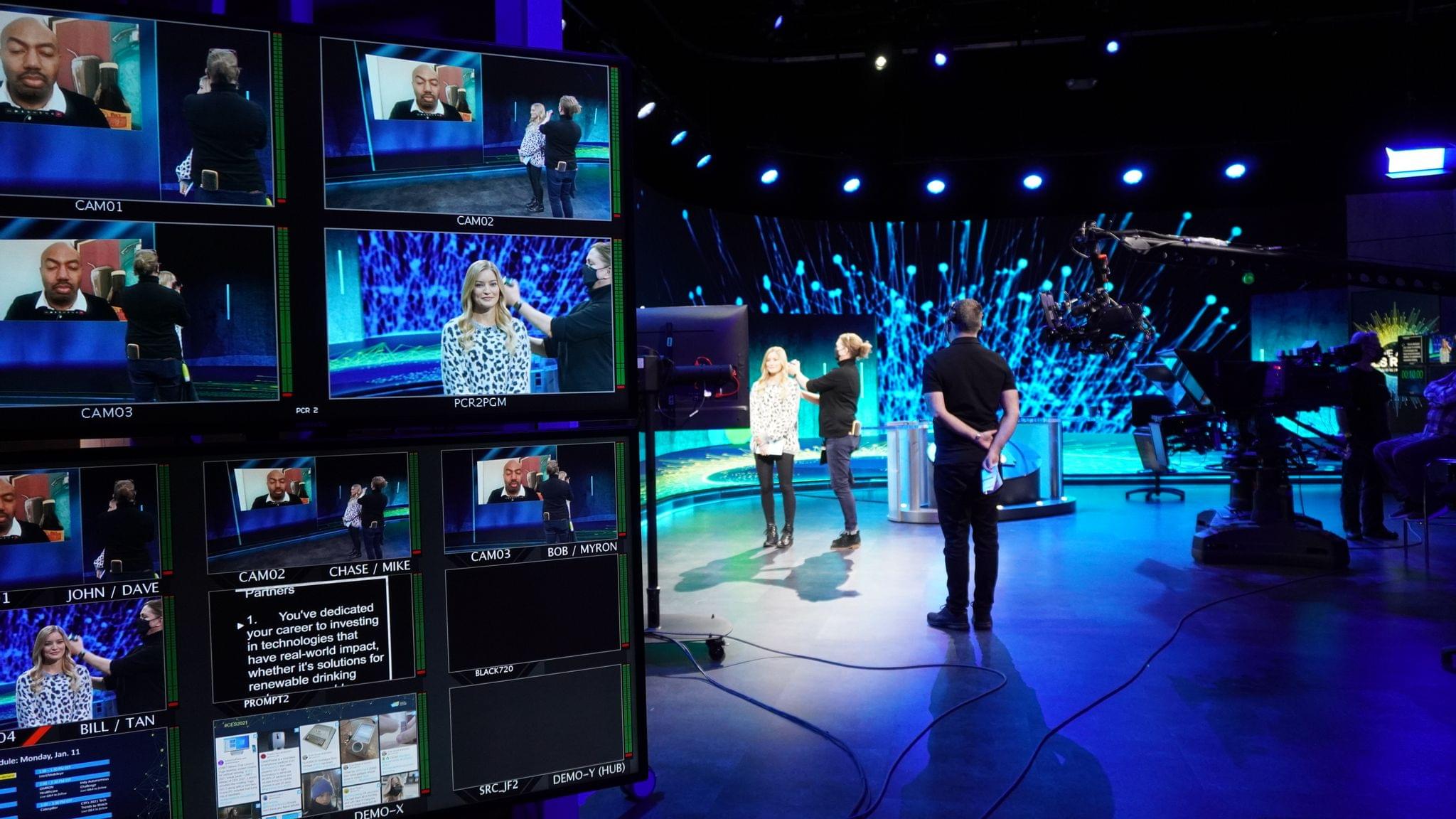 My coverage of CES has always been virtual. This year the show itself is virtual too, which left me wondering whether there would be much to cover. Although there are fewer vendors participating than in the past, the event continues to provide a steady stream of news about new products planned for the coming months.

Some of what is announced each year will never see the light of day, and other gadgets will never look as good as they did in the hands of expert marketers. Still, CES always provides a useful snapshot of tech industry hardware trends, a handful of unexpected gems, like last year’s Eve Cam that I reviewed over the summer and Samsung’s T7 external SSD, which ended up powering my Big Sur beta testing, plus a healthy dose of the truly strange.

After pouring over hundreds of headlines and press releases, I’ve compiled a roundup of some of this week’s most intriguing announcements. Feel free to skip around to the categories that you find most interesting using the table of contents below.

Compared to some years, the display and home theater announcements have been evolutionary, not revolutionary, in 2021. That has been as true of LG as it is of other manufacturers’ products. However, unlike the others, LG has put together a compelling narrative around gaming, the availability of smaller OLED TVs, and its introduction of OLED to computer displays.

This week, LG introduced updates to its OLED TVs, which the company says will include better luminosity, HDMI 2.1 support, an update to its webOS UI that has garnered mixed reviews, and other improvements. LG is also building Google’s Stadia game streaming service into its TVs, along with a Twitch app according to Engadget, and a mode called Game Optimizer that adjusts the display for the genre of a game played. The Verge reports that LG’s TVs will support Nvidia’s GeForce Now gaming service and include HDMI 2.1 ports too, which should make the TVs popular with current-generation game console owners.

LG is releasing smaller OLED TVs that promise to fit in more places in people’s homes. The company will offer a 42-inch model later this year and plans even smaller models in the 20-30 inch range.

LG is bringing OLED to its computer displays with the LG UltraFine OLED Pro, a new 31.5-inch display. Here are the details compiled by The Verge:

The UltraFine OLED Pro is a 31.5-inch 4K display, according to Engadget, and LG says the display has individual dimming for its more than 8 million pixels. The monitor covers 99 percent of the DCI-P3 and Adobe RGB color spectrum and has a 1,000,000:1 contrast ratio, according to LG’s video. And the display has a good number of ports, including one USB-C port with 90-watt power delivery, two DisplayPorts, three USB-A ports, one HDMI port, and a 3.5mm headphone jack.

There’s no word yet on when the display will be available or how much it will cost, but it’s sure to be expensive. 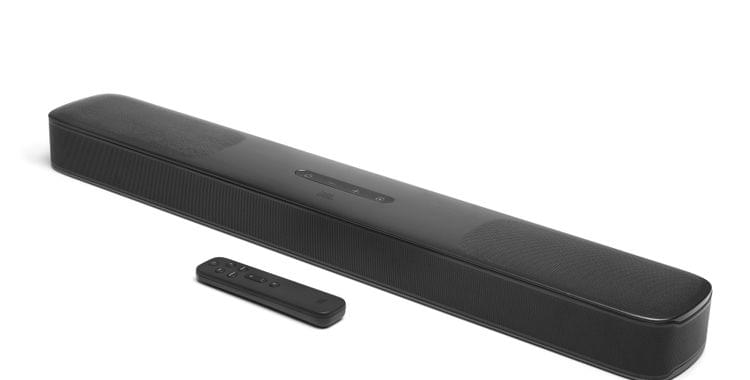 All-in-one TV audio solutions continue to improve and provide big sound in a single package. Some of the more attractive solutions shown off at CES are from Samsung, which has added to the convenience of its soundbars by adding AirPlay 2, Amazon’s Alexa smart assistant, and other technologies to its products.

Harman parent company Samsung announced two new soundbars of its own that occupy the high-end of the market at $900 and $1,800. Engadet says both systems support AirPlay 2, Alexa, Dolby Atmos, HDMI eARC, and DTS:X. Both speakers systems also use microphones to tune playback to the acoustics of your room. The primary difference between the soundbars seems to be that the memorably-named HW-Q950A supports 11.4.1 channel surround sound, while the HW-Q950T is limited to 9.4.1 channel sound.

Also worth mentioning is a new service from Sony called Bravia Core, which the company says streams movies at ‘near-lossless’ quality, rivaling 4K Blu-Ray disks. That sounds great, except that the service requires a lot of bandwidth (80MB/sec) and appears to be limited to Sony Bravia TVs and Sony movies. 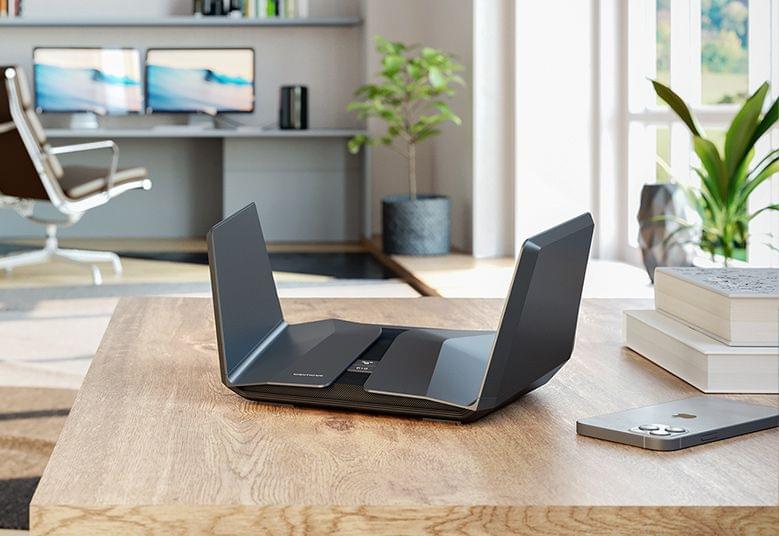 Wi-Fi 6E is coming even though Wi-Fi 6 is still young, expensive, and not supported by that many devices yet. Wi-Fi 6E promises impressive speed bumps compared to past standards, but being an early adopter will cost you. The Netgear Nighthawk RAXE500 router will set you back $600. The Verge reports that Netgear claims greater than gigabit throughput on mobile devices. Linksys announced an update to its Wi-Fi mesh networking system, too, that supports Wi-Fi 6E and costs $450 for one node, $850 for two, and $1200 for three. TP-Link showed off a Wi-Fi 6E router as well that looks like some sort of spider-bot from a sci-fi movie, along with other Wi-Fi 6E products. I’ll be keeping my eye on Wi-Fi 6E. However, it will undoubtedly be a while before enough devices support it, and the price is affordable enough for most people (myself included) to replace existing Wi-Fi systems with it.

After living with Apple’s M1 Macs for a month, it’s hard to get excited about other computers, but there were a couple of notable releases that went beyond the typical spec bumps seen each year. 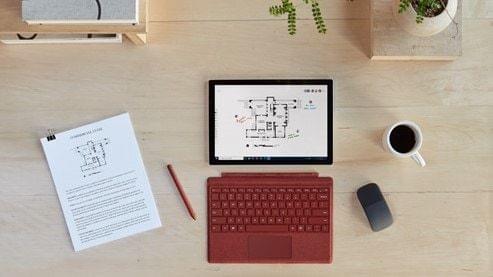 Microsoft introduced the Surface Pro 7+, which includes LTE, a bigger battery, and a removable SSD. The company says the device, which offers a variety of different Intel processors, gets up to 15 hours of battery life, and has a removable SSD that permits users to expand storage.

Lenovo also showed off its new ThinkPad X12 Detachable, a lightweight, business-focused laptop with a removable screen. The X12, which runs Windows and has a kickstand, weighs just 2.5 pounds.

The Apple product accessory that I’m most excited about is Kensington’s StudioDock for the iPad Pro and 11” iPad Air. The dock, which is also a stand and requires an external power source, provides a terrific array of I/O in an integrated package. The supported iPads attach magnetically to the device, which bears a resemblance to the Pro Display XDR’s stand. The base of the stand includes Qi chargers for an iPhone and AirPods, and there’s an optional Apple Watch charger that attaches to the iPad’s USB-C port.

On the back of the StudioDock is a Gigabit Ethernet jack, three USB-A ports, and an HDMI 2.0 port for connecting an external display. The sides of the dock include a 3.5mm headphone jack, SD card reader, and USB-C connector for charging only. Although Thunderbolt 4 support would be better and undoubtedly raise the price significantly, the StudioDock looks like a terrific solution for most use cases. There is no word from Kensington on pricing or availability yet. 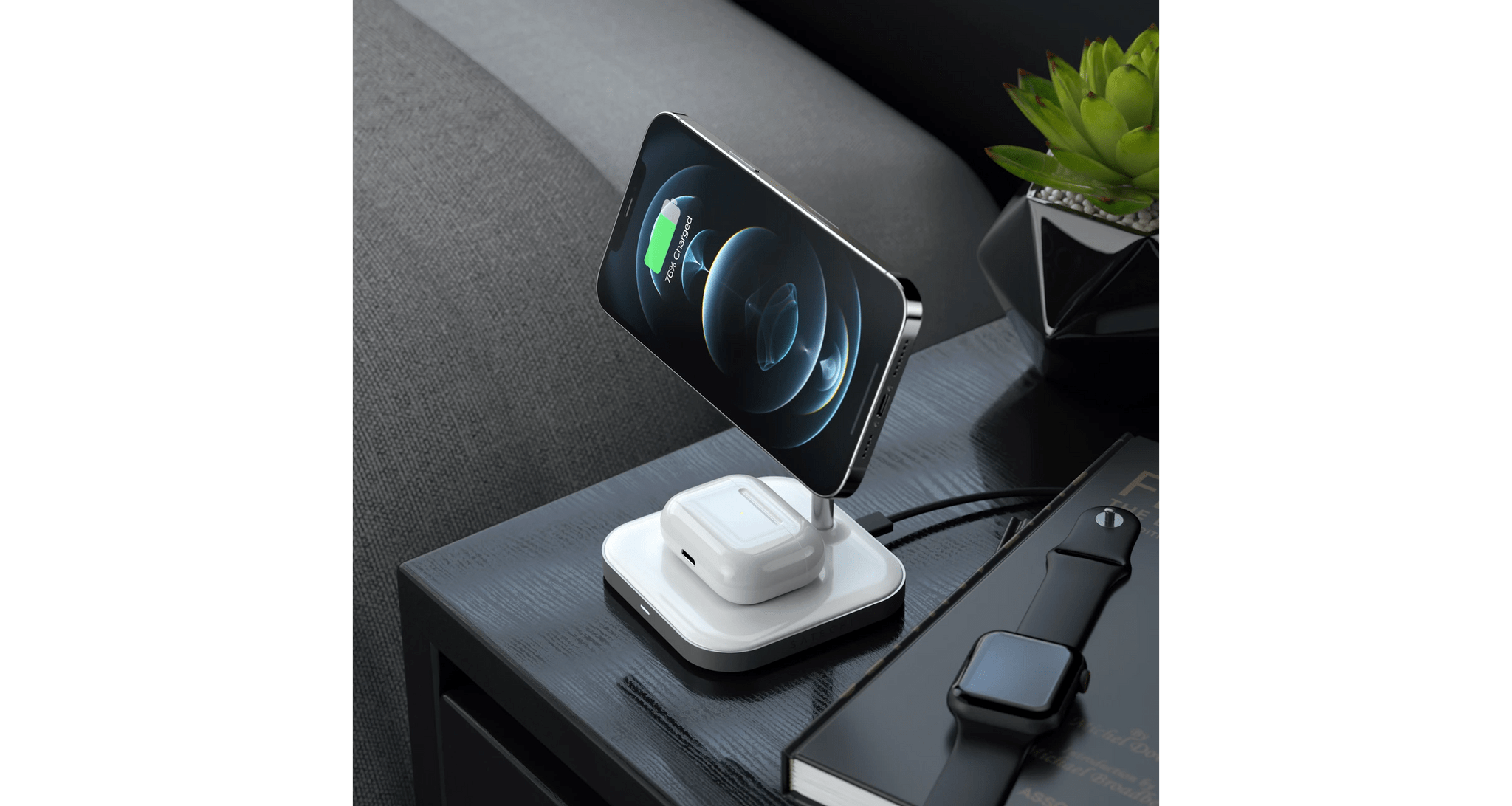 Satechi has one of the more affordable MagSafe-compatible options coming in mid-February. At $60, it’s 2-in-1 iPhone and AirPods charger is less expensive than other third-party stands I’ve seen, but like other non-Apple chargers, it only charges at 7.5W. A compatible iPhone can be connected magnetically in either landscape or portrait orientations. 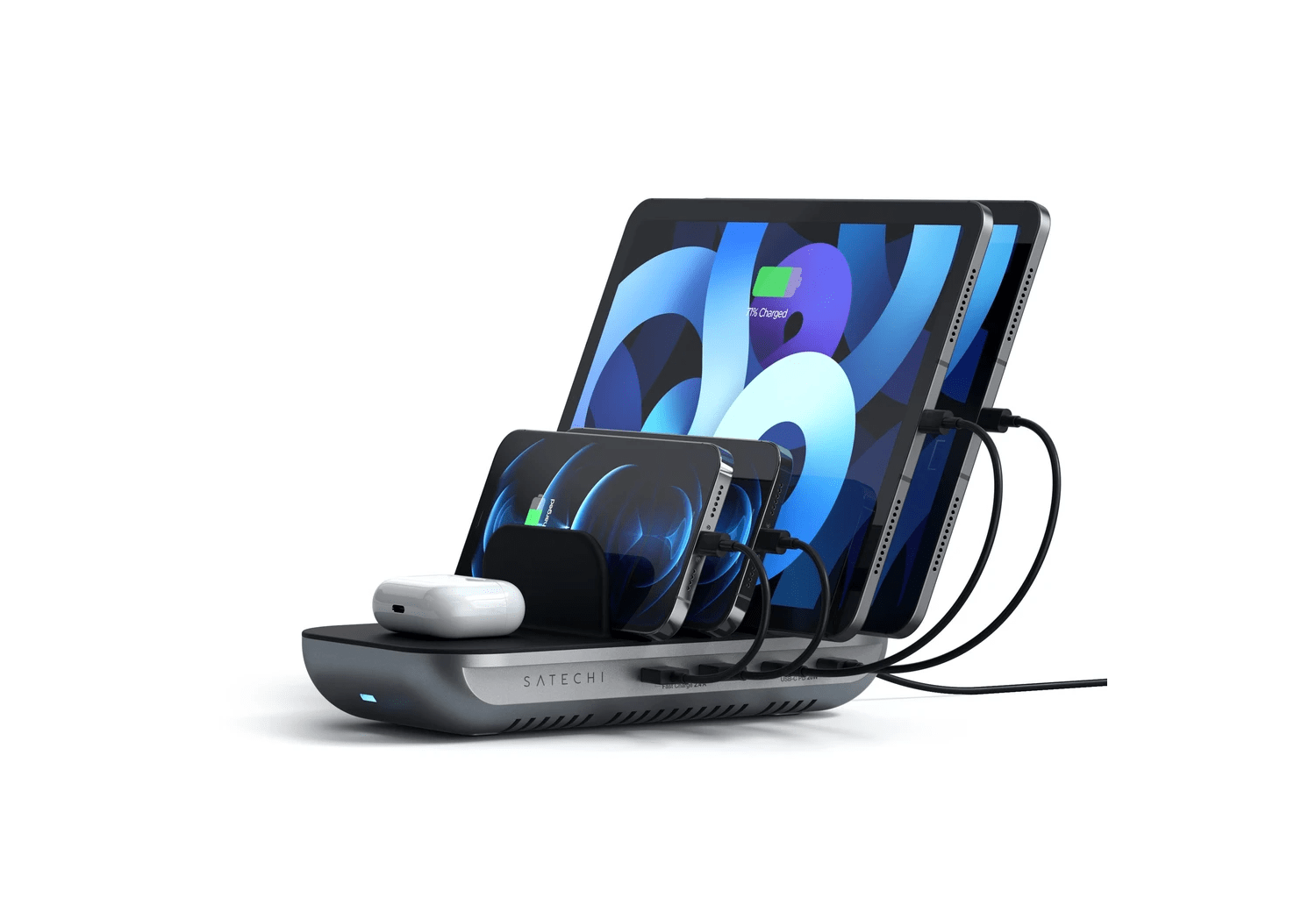 Satechi also announced its Dock5 Multi-Device Charging Station, which ships on January 22nd and is available for pre-order now for $60. The charging station can accommodate five devices and includes two USB-C PD ports, two USB-A ports, and a Qi charging pad. The device looks a little like a barge for your household’s iPhones and iPads, but it also looks far nicer than the tangle of charging cables on my kitchen counter, which is why I’m seriously considering pre-ordering one for myself.

Anker showed off stands and other charging solutions that work with the iPhone’s MagSafe feature too, but like Satechi’s product, they max out at 7.5W of charging power compared to Apple’s own 15W charger. Of the stands and chargers, the one that I found most interesting is the new 10,000mAh battery that can be attached to the iPhone’s MagSafe connector, charging at up to 7.5W. MacRumors reports that the battery will be available in February. 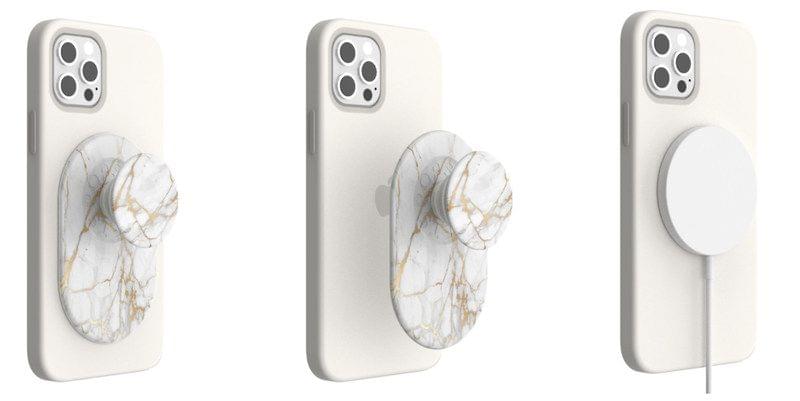 PopSockets showed off a new MagSafe-compatible version of its product. It remains to be seen whether the magnets in the accessory will be sufficient to keep it attached to an iPhone in everyday use, but I’m interested to hear how users like it. 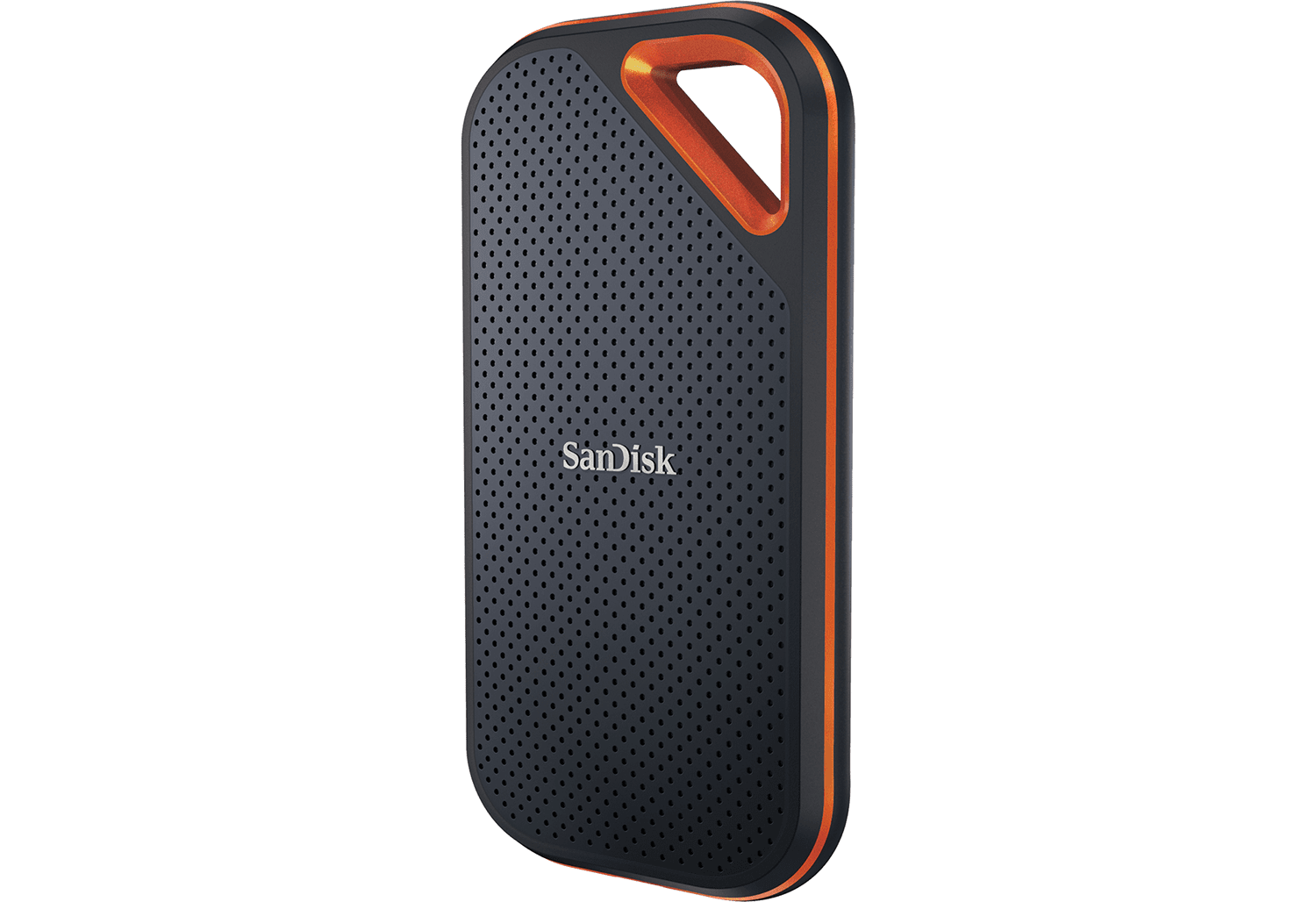 Western Digital announced updates to its line of portable SSDs. The fastest is an NVMe SSD that features impressive 2000MB/sec read/write speeds. The 4TB model will be available later in Q1 2021 for $750. Other models with generally slower speeds were also introduced at lower price points.

CES has seen the debut of many AirPods Pro imitators and alternatives, but Sennheiser is going a different route with its new, high-end IE-300 model. The in-ear headphones include a cord that wraps around the back of your neck. The headphones promise audiophile sound quality for $300.

Not a lot caught my eye in the home automation category this year. Lutron added a HomeKit-compatible outdoor smart plug with a IP-65 rating for $80. The product looks nice, but iHome has offered a similar plug that I’ve been using with my holiday lights since 2017. Also, Arlo has expanded its smart doorbell lineup with a model that uses proximity sensing to ring the bell without visitors having to touch the doorbell, which strikes me as something that may confuse visitors. 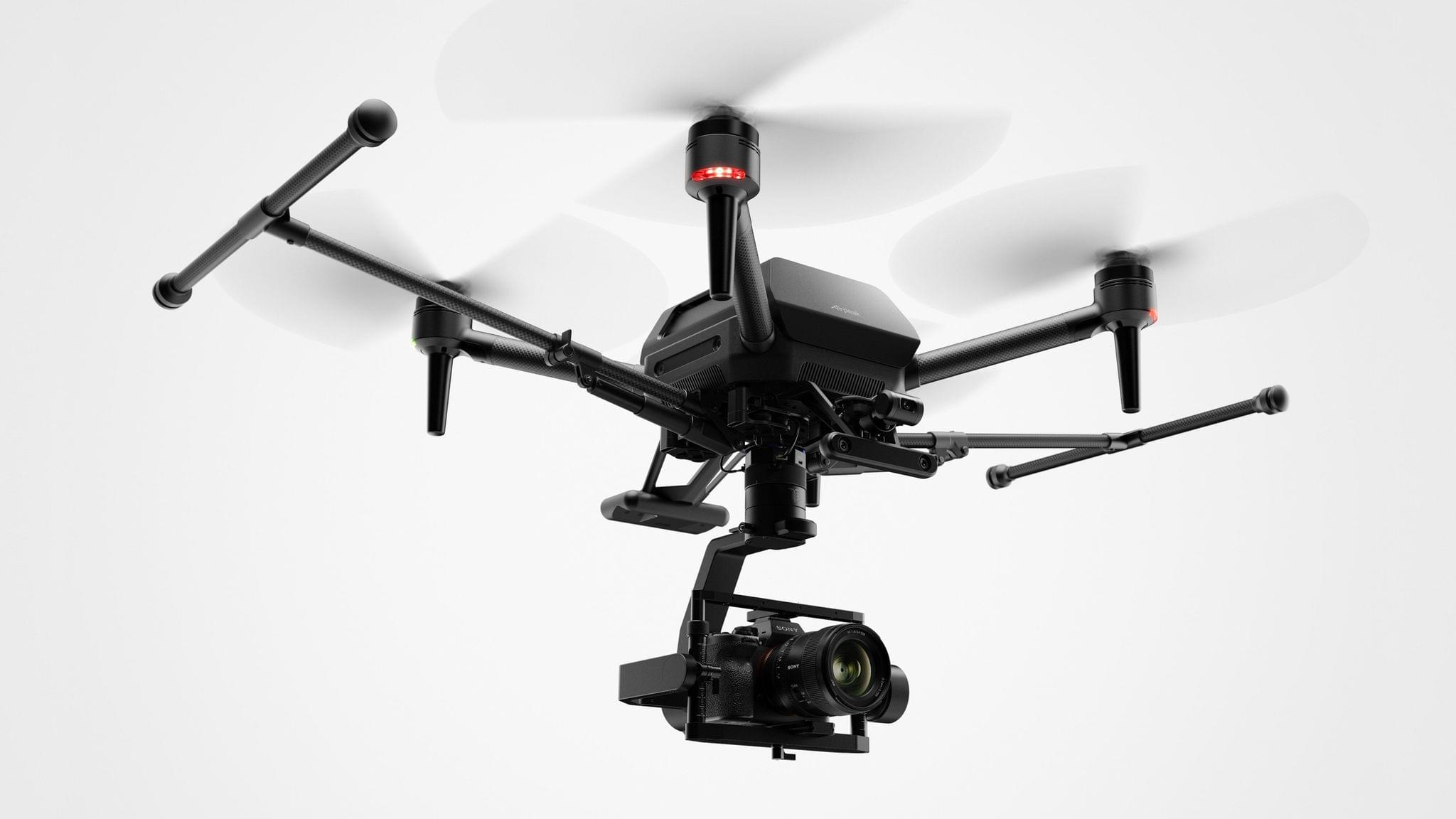 Sony showed off its Airpeak drone that the company says is coming in the spring and can transport a full-sized, interchangeable-lens digital camera. This drone looks amazing, but I’m sure it will be expensive, and I can’t imagine attaching a $3,500 camera to any drone. 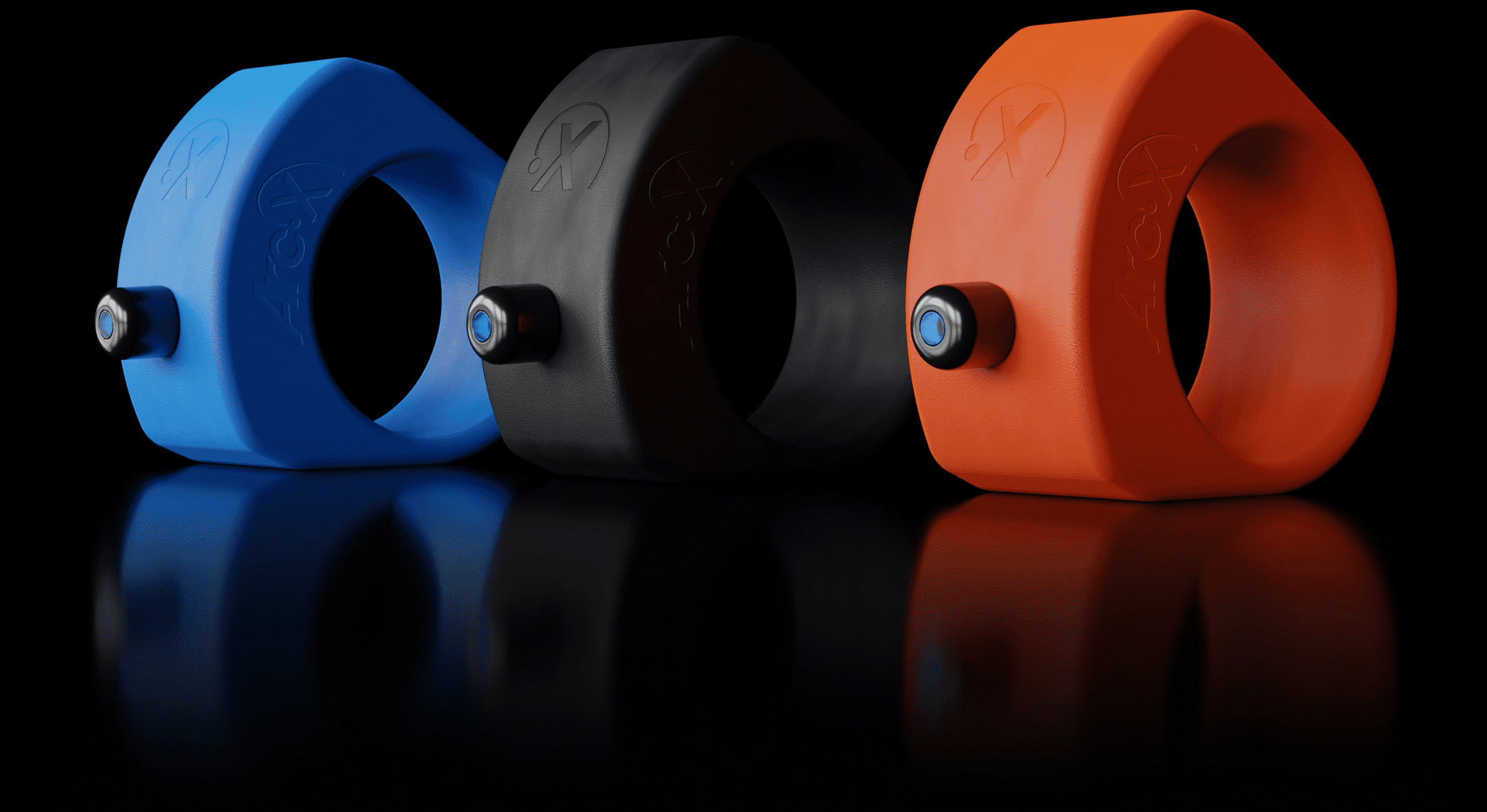 The idea of a tiny joystick connected to a ring that controls your iPhone or Apple Watch using Bluetooth is intriguing, but the ArcX is awfully chunky and looks a little like something someone 3D printed in their basement.

I was concerned that weird-CES might fall by the wayside when the trade show went digital-only, but my fears were unfounded. There is still plenty of ‘weird’ at CES.

Pods seem to be a trend. There is no shortage of coffee makers that use pods, but now you can get a pod-based soft-serve ice cream machine. Pods are also at the heart of Yves-Saint Laurent’s new $300 custom lipstick-making machine.

Robots are big again this year, and it’s almost as though their creators got together when they were coming up with their names. Samsung debuted Bot Handy, a helpful robot that features a robotic arm that it can use to pour a glass of wine and completing other chores. CES also saw an update to Reachy, a legless, open-source robot that can be yours for a mere $17,000 and can be controlled using a VR headset. 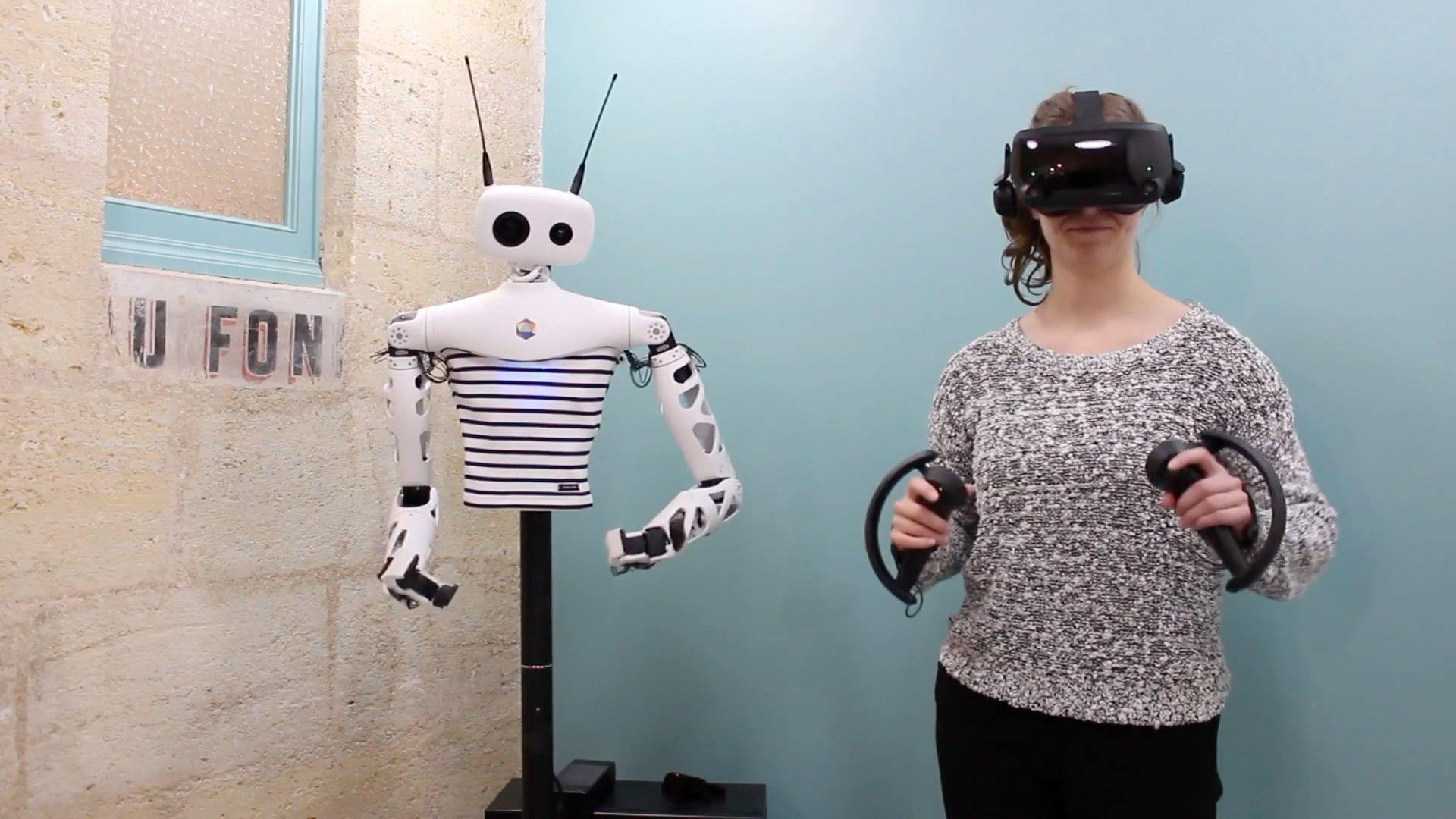 Finally, Chamberlain is testing the depths of dog owners’ devotion to their pets with the $3,000 myQ Pet Portal, a gadget that The Verge aptly describes as an automatic garage door for your pooch. Pre-orders are already open, but you’ve still got time to save up before they ship.

That’s it for this year. CES didn’t disappoint, even though the overall volume of announcements was noticeably thinner than in past years. Although there are always excesses and gadgets that nobody really needs, this year’s CES shows there are also plenty of meaningful incremental improvements to the sorts of devices people use every day.