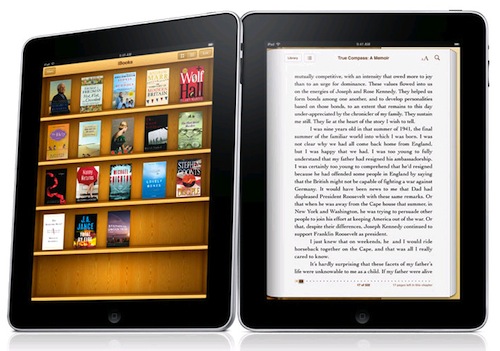 For a couple of years now, Apple has been boasting about how many millions of iTunes IDs are linked to credit cards. Recent rumblings suggest that the company is seeking to expand the footprint of its financial services, too. It’s clear that Apple is tired of seeing companies make money on content served to iOS devices without using its system or cutting it in for a piece of the action. The current 30-percent cut of all content purchases would seem to be an impediment to getting partners to embrace Apple’s system; on the other hand, Apple’s the gatekeeper to its platform and if other companies don’t want to play ball with Apple, they’ll be on the outside looking in.

That’s exactly the point. You have to look at this whole Sony / Apple / everyone else story in two separate ways: the business perspective and consumers’ expectations. Apple does business, and it wants publishers selling content on its iOS platform to pay the fee all developers pay. The fee is 30 percent. Whether or not Apple will ease this fee and allow for lower revenue cut on ebook content is unclear, but it’s a possibility. Maybe tomorrow’s event won’t just be about The Daily, who knows.

The fact that several bloggers and pundits are raging about Apple “putting its hands on every kind of subscription” is widely exaggerated: this PR mess took place in regards to ebooks, not, say, a premium Skype account you can purchase on the web. I don’t think Apple wants a cut on everything. I believe they saw Sony implementing its own ebook store, so they rejected the app. Sony ran to the press, and Apple issued a statement clarifying a perhaps longstanding position that from now on, developers who are offering additional purchasable items inside their apps will also need to enable in-app purchases as an “option”.

Or, look at it this way: “You want to sell stuff in your app? You’re doing it your own way? Fine, but starting tomorrow you’d better find a way to offer our in-app purchases, too. Why? Because people like them, and if they like them and they use them we get our 30% cut. The way we see it, everyone’s happy.”

Again, that’s business. From a user’s perspective, being able to buy anything you want with your iTunes account is incredibly more convenient than having to remember dozens of different accounts and passwords for external stores and paywalls. This is why everyone’s so excited about the rumored “iTunes subscriptions”, which will allow publishers to automatically bill users, and users to get automatic updates without triggering a manual purchase. And if in-app purchases are popular among users, think about the possibilities of automatic, recurring subscriptions happening in the background. The convenience of a single, integrated system applies to apps, ebooks, magazines, newspapers – all kinds of media Apple wants to sell.

So maybe Sony and Amazon are pissed off at Apple right now and they will remove their apps for good. Maybe they won’t – we know a very few details about this new Apple policy and we don’t want to speculate. But here’s a suggestion: why not going where the users are, and enabling what the users love for a greater adoption rate? Does it really make sense to have your own store for users our of the native iOS environment, rather than accepting Apple’s 30% for millions of iOS devices ready to install your apps?