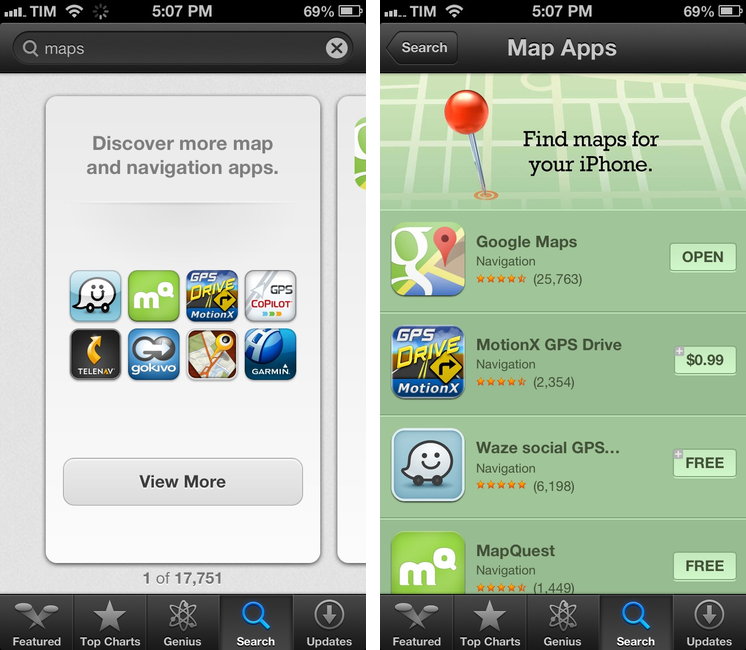 Marco Tabini has a good overview of how the App Store (both for iOS and OS X) could use some improvements now that the 1 million app milestone is in sight. I particularly agree with his points on curation:

Given the sheer volume of apps on the App Stores, Apple’s role in curating them is becoming more and more important. The company’s notoriously tight grip on its distribution channels is often the source of much controversy, but there’s no denying that, by and large, it promotes all apps on an even field: In any given week, the latest release from a giant like, say, Electronic Arts could share the “Editor’s Pick” spot with an app written by an equally talented—but much more wallet-impaired—team of independent developers.

App Store curation is a topic I have been covering on MacStories for the past year, so Marco’s observations resonate with me. Looking back at my Four Years of App Store article from May 2012, it’s clear that the App Store team has done a very good job in increasing “human curation” with custom sections and weekly features, but there’s still lots of work to be done. So, with the one-million app mark approaching, I thought this could be a good time to offer some suggestions for improvements (you’ve probably already seen a lot of these as tweets in my Twitter timeline).

The App Store app is slow and buggy. Things have gotten better since the release of iOS 6 last year (September 19, 2012), but the Updates & Purchased section still leads to frequent crashes and/or “blank screens” whenever the App Store tells you to install updates…that don’t show up at all. The Purchased section was a great addition back in the days of iOS 4.3, but it’s never been fast enough. It was slow with iOS 5, and iOS 6 made it more prone to crashes and glitches. This needs to be fixed.

The Chomp acquisition was supposed to make search more accurate and personal at the same time, but it hasn’t happened yet. Cards interface aside, I’d be willing to avoid Chomp speculation altogether to focus on the real problem at hand: basic search doesn’t give you the right search results. This isn’t about getting the results you want – it’s about using a ranking algorithm that, for instance, doesn’t put Tiny Tower at #3 for “twitter” search results (Tweetbot is #28, currently behind some Instagram-like photo editing apps).

App Store search should be able to show newly released apps in its results right away. If I read of a new “Mailbox app” on Twitter, I shouldn’t be asking for the “direct link” to get the app because I know search results don’t work for new apps. I don’t care if the App Store is based on WebObjects and therefore results take a while to be cached in the system – as a user, I should be able to search for a new app and find it immediately. I’ll go one step further: between two apps with “Mailbox” in the name, imagine if the App Store could query Twitter and find the one that’s been talked about and put it under a “What’s Hot Right Now” section. If only Apple and Twitter had some sort of partnership that could grant access to that data…

The App Store team in charge of curation has been doing great work with handpicked sections, app and game collections, rebranded categories, weekly (relaunched) Editor’s Choice and App of the Week initiatives, and – let’s not forget this – international versions of all of the above. Still, curation is not enough if users can’t find out about it. There’s only so much space Apple can use on the front page to link to sections, and that space is often occupied by two Editor’s Choice picks in the same week or a section being featured again (e.g. Valentine’s Day section coming up once a year). I believe this is why Apple has been moving its curation efforts to App Collections (which aggregate every custom section to date) and new Category pages featuring specific sections that don’t go on the front page.

The one area that’s obviously lacking any sort of curation and increased discovery is search. Apple has been collecting hundreds of apps for common activities such as “news”, “writing”, or “doing taxes”, and yet these sections don’t show up in search at all. Imagine being a new iOS user looking for some apps for “work” (a section Apple currently maintains) or “multiplayer games”: the iOS 6 App Store search wouldn’t show anything besides obscurely ranked search results.1

I understand how balancing regular search results with custom sections can be a hard problem, but I also find it difficult to think traditional search results are the only way to approach a catalague of almost one million apps. More importantly, Apple has already experimented with sections in search results: on the iOS 6 App Store, look for “maps”. The first result will be a link to the custom section Apple created for third-party maps; it is a simple, obvious solution to a common problem that doesn’t compromise the primary old-way nature of the search results. Wouldn’t it make sense to start testing other sections within this system?2

The App Store has grown to the point where a structure built in 2008 can’t hold the weight of one million apps anymore, search being the most notable example. Of course, there are several other points that I haven’t touched upon in more detail here – such as the lack of trials and paid upgrades, the Mac App Store, the problems with rip-offs and scammers, or the lack of a wish list on iOS devices.

I believe the work Apple has been doing with curation and categories is the right path to follow, and I hope we’ll be seeing more of that in other areas of the App Store.