Over the years I’ve had to mess with many OS X installations, backups, failures and restores. That’s just the usual life of a OS X geek in a place where people are scared of leaving their Windows PCs, but really would like to get a Mac. In fact, I’m quite proud of all those friends of mine I’ve managed to convince to get on the other side, but I’m even more proud of them because now they’re teaching the basics to someone else. This is the usual chain of events in a life of a standard OS X geek.

Having to deal with installations and restores, I’ve come to the point where I know exactly which apps to install depending on what that user needs, and how. A good friend of mine was so used to Firefox I had to bet (I’m serious) that he would like Safari more if only he gave it a chance. But that’s not the main story here. Over the years I created some sort of personal list of the first apps I install on a fresh new Mac every single time, right after the Network preferences are set up and ready to go. This list, which by no means used to exist on a physical side, is now embedded below for future reference (either mine, or my friends’) and you, who may find a couple of hidden gems in there.

It’s not a huge roundup, and it’s not for every one. These are not my favorite apps: these are first 25 Mac applications I install every time I have a fresh OS to play with, and they’re pretty great. You can call them my must-haves.

This is pretty obvious, isn’t it? I’ve been jumping around from Chrome to Safari and Firefox for a few months, but Chrome is the browser I always come back to. It’s fast, a major new version is released every six weeks and it’s got state-of-the-art support for Google services, including sync for…well, everything. And yes, you can install extensions. If you haven’t, give Chrome a try. It might surprise you. Download.

The 1.0 version of TotalFinder came out two days ago, I reviewed it here. Put shortly: it’s the Finder with tabs and dual-panel, but it’s the Finder. No 3rd party app. TotalFinder plugs into the Finder, and it’s easy to uninstall. Must-have, must-have. Download. 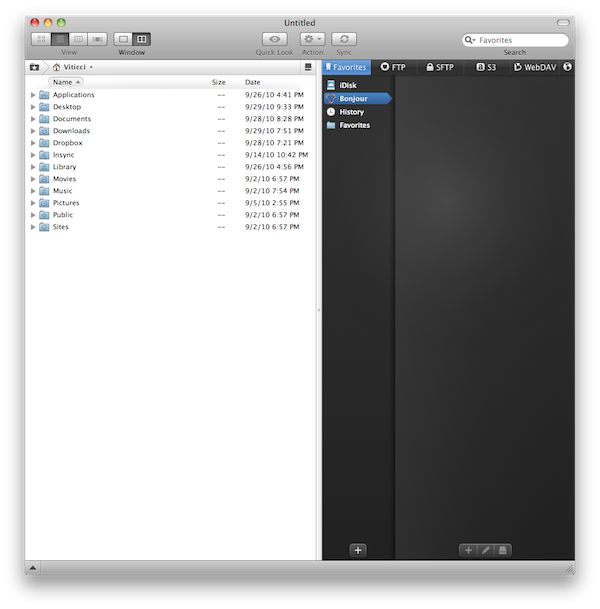 Panic’s Transmit is the best FTP app for Mac. It’s also one of the best file managers out there, so go read my review if you missed it. It takes a while to delve deep into all the features of Transmit, but once you master it you’ll realize this has to win an Apple Design Award next year. Such a great piece of software. Download. 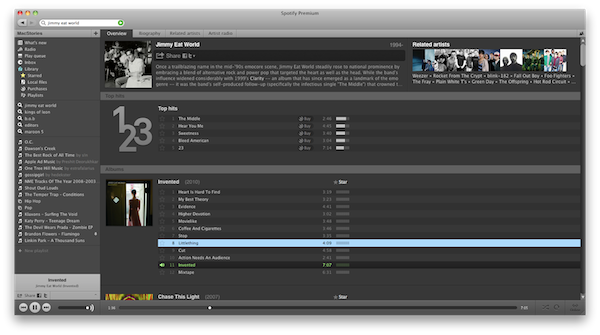 Spotify is an online music service that lets you stream any kind of music to any kind of device. All my music is on Spotify; I have a Premium account that allows me to listen to unreleased albums and exclusive premieres, not to mention offline caching and no-ads. The Mac app has got a sexy UI and it’s stable. Considering how much I love Spotify and listening to music while I’m at my Mac, Spotify is always one of the first apps to land in the dock. Download.

I know, I know: Tweetie 1.x is an obsolete app which lacks many of the latest Twitter features, such as native retweets or real-time stream. Still, I think that no one has ever managed to come up with a better desktop client than the original Tweetie and for this reason, from many standpoints, Loren Brichter’s app still makes Echofon & Co. eat the dust. Download.

Where would I be without my daily dose of OmniFocus, I don’t know. Since I first tried OF, I haven’t really been able to completely switch to another app. I’ve been running my GTD setup on OF for months now, and haven’t looked back. I’ve also covered OmniFocus many times in the past. Download.

This one’s useful for bloggers; iPhone Screentaker is a simple utility by German developer Fabian Kreiser which lets you create beautiful iPad and iPhone screenshots by simply importing the screenshot you took on the device. It generates those beautiful images you see in MacStories’ reviews. Download.

This will need an in-depth review (I’ve been working on it for months now), but for now let’s just say that DEVONthink has become my go-to app to store any kind of file and information. It’s Yojimbo on steroids, with an iOS app coming out soon and jaw-dropping search functionalities. It’s complex and complicated, but it’s one hell of a Mac app. Download.

Another great FTP client for Mac, but I use this only for its great Bonjour support and killer Rackspace Cloud Sites integration. Overall, it’s a rock solid app with an impressive amount of features. Download. 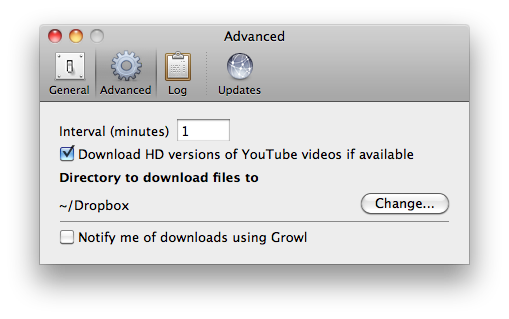 With MobileDL you can initiate remote downloads by simply pasting URLs in Simplenote. If you leave MobileDL running on your Mac, in fact, the app will constantly check for links in a special Simplenote note, and start pulling a file from the internet if a valid link is found. Huge time saver. Download.

Do I really have to explain why I install Dropbox as soon as I can launch Safari on a new Mac? Ok, fine: if I don’t, my life would be over. Sort of. I have passwords, documents, mockups, songs and all sorts of bad things in there. Dropbox keeps my Mac alive, and I can keep on doing bad things as far as that sync goes. Download. 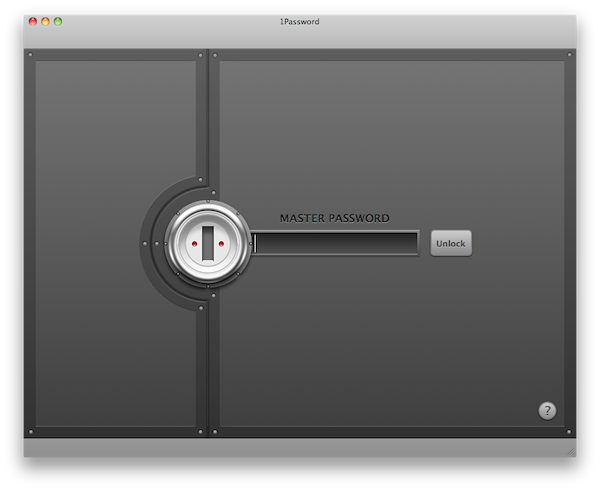 Just like Dropbox, this is an essential tool to get my Mac up and running. As a matter of fact, 1Password’s database lives inside Dropbox, which makes it some sort of little child right?

Anyway, I mainly store (you guess) passwords in 1Password, and highly rely on the browser extension support AgileWeb Solutions provide. The Chrome extension is pretty damn good, surely better than the Firefox one. 1Password is the app to buy, period. Get the hell outta here and go buy it now. Then come back to this post. (see? that’s how I get when talking with users who haven’t got 1P installed on their Macs. Sorry, folks.) Download.

Hyperspaces takes over your Mac’s default Spaces settings and allows you to deeply customize the way you want to switch between them. You can assign keyboard shortcuts, pick up a different wallpaper for each space, choose a desktop label and more. Download.

Here’s another service I seriously depend on. CloudApp lets you share screenshots, links and most any kind of file by returning a short URL you can paste and share on your social network of choice. The Mac app runs up there in the menubar and it’s so seamlessly integrated with OS X you’ll think it comes from Apple. Nope, the Linebreak guys are just great. And I can’t wait for the official iPhone app to arrive. (Have you seen those ticci.me links I’ve been sharing recently? They run on CloudApp, but shhh) Download.

The best clipboard manager for OS X. It only needs a keyboard shortcut to show up as a contextual menu anytime you need it, and it can also store images and snippets in its Library. Some apps don’t need words to be described, you just need to try them and see how perfectly they fit in your workflow. Clipmenu is one of those apps. It’s a free download.

The best firewall and network monitoring tool for OS X. I don’t really have much to add here, besides go download it right now.

This is just a desktop-side client, which doesn’t do anything but let you use the iOS iTeleport app to connect to your Mac. It runs in the menubar, and you can even access your computer over-the-air using a Google login. Nice. Make sure that sharing options are turned on in System Preferences before writing a review in the App Store saying the developers “stole your money”. iTeleport is, in my opinion, the best VNC app currently available in the App Store. Download. 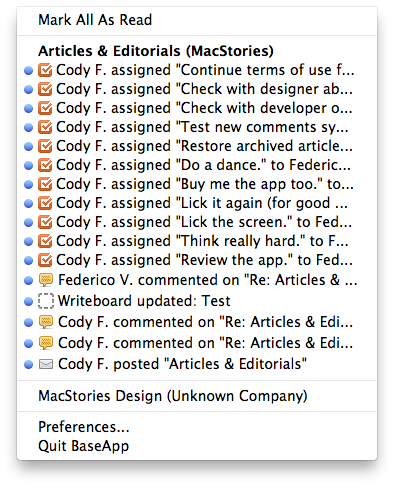 Basecamp users, this is the app for you. Base is developed by Linebreak and Made By Elephant, it runs in the menubar and it constantly check for updates in your Basecamp accounts. Multiple projects are supported, the app is fast and lightweight. Recommended. Our review here. Download.

Graphs and additional info about your system in your menubar, that’s what iStat Menus. Cleverly crafted by the masters over at Bjango, iStat Menus is packed with features - hundreds of options to choose from to customize the utilities you’ll see in the menubar. Go download it.

Another app I’ve reviewed recently, Alfred is an all-in-one launcher for Mac that can quickly open applications, search the web, explore your file system, play music from iTunes and more. Lightweight and minimal, I use this instead of Spotlight. Download.

How am I supposed to open those sneaky .rar files otherwise? The Unarchiver is free, works well and it’s supported across all kind of OS X versions. I’d even like to have an iPad version, for God’s sake. Download. 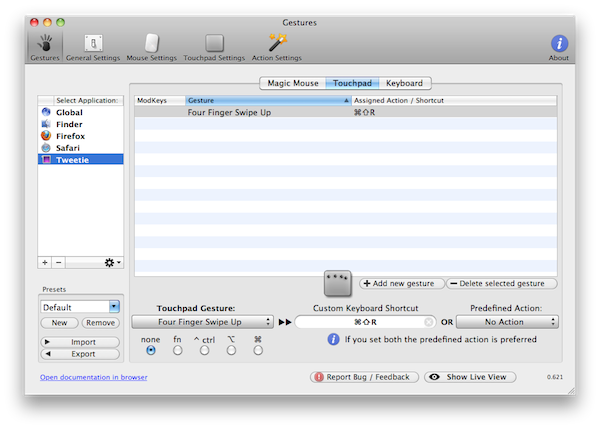 This application lets you assign custom gestures to any other application on your Mac. Let me just say this: three-finger swipe up to refresh Tweetie. You get the hang of it. Download.

Skype is the world leading communication tool used by million of people every single day. It’s text, it’s voice and it’s video. Oh, and it’s also free. The Mac app is, of course, a must - but it’s not as good as the Windows counterpart. Skype on Windows lets you video-chat with 9 more people simultaneously, and it’s got better support and faster updates. If you’re that type of user who’s running Parallels in a dedicated window all the time, download Skype for Windows. Also: where the heck is the iPad app? 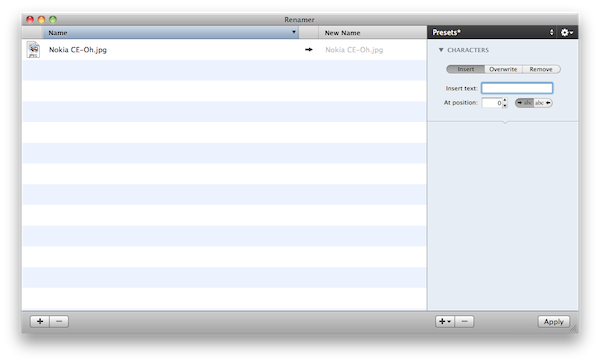 I’ve been using Renamer more more than a year now. Renamer is an app to, ehm, rename files; what’s great is that it brings dead-simple batch renaming to the Mac, with many options to customize the way you want to change a file’s name. I use it to rename screenshots for MacStories posts, with Characters option set to -> abc. Again, an iOS version would be very welcome here. Download.

Ok, maybe you don’t need a maintenance tool amongst your first downloads, but it’s never too early to start worrying you know? You never know, your Spotify cache could grow up to 15GB overnight and you’d need CleanMyMac to easily get rid of it. In all seriousness, though, what’s great about CMM is that it makes it easy for everyone to get rid of unwanted and old files eating up the space of a Mac. Download.