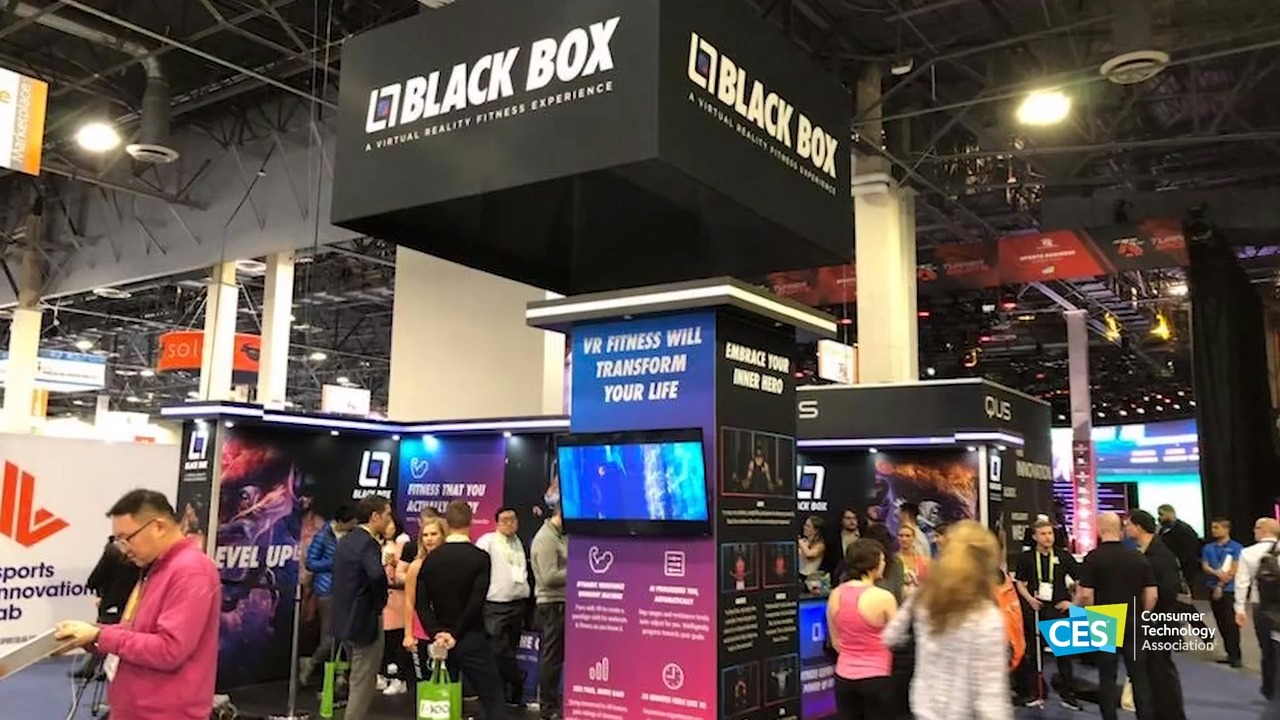 Apple may not be exhibiting at CES, but its presence is felt nonetheless. More than ever, Apple’s technologies like HomeKit and AirPlay are showing up in third-party hardware. What’s different this year is the first appearance of Apple video content on third-party devices in what is undoubtedly the first step in the company’s emerging video strategy, which breaks from the traditionally tight integration between Apple hardware and software.

As in past years, the MacStories team is sifting through the hundreds of press releases to find the announcements that are most relevant to our readers. CES has only just begun, and we’ve already seen a long list of product announcements that affect iOS and Mac users. Below are the highlights of those early announcements. We’ll follow up with another roundup later this week collecting additional products showcased at CES.

It’s worth noting that CES announcements rarely indicate the countries in which new products will be available, so it’s worth keeping an eye out for additional details if you see something that interests you. 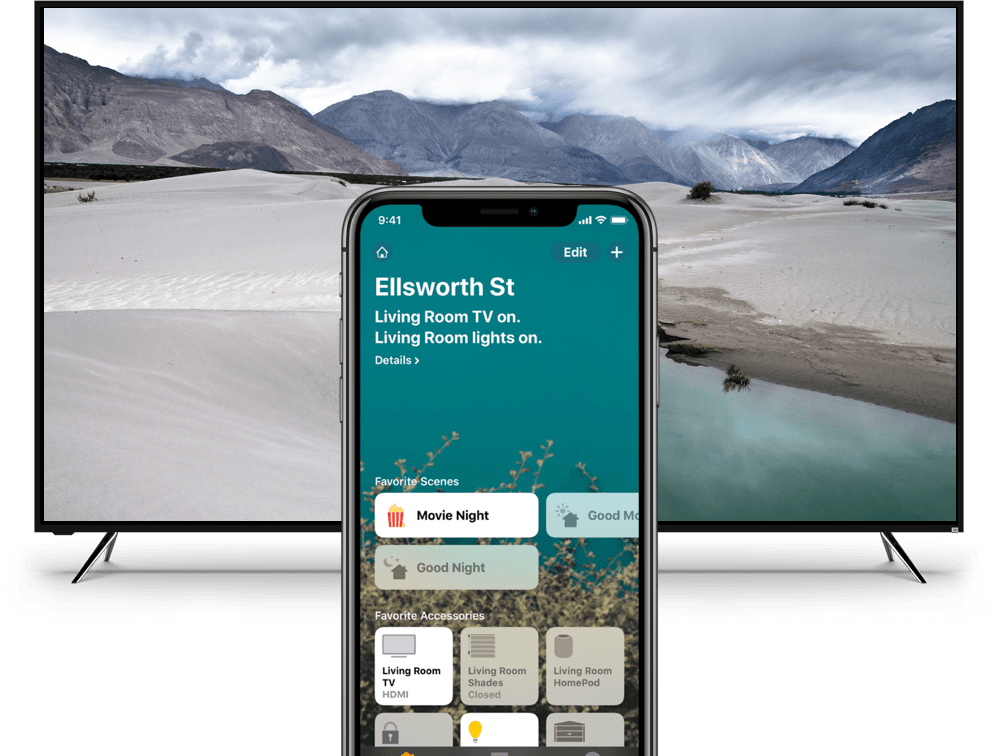 As we reported last weekend, Samsung announced that its 2019 TVs will include AirPlay 2 support and an iTunes Movies and TV Shows app. The same functionality will be added to some of Samsung’s 2018 TVs through a firmware update. The news from Samsung was followed by an update to Apple’s AirPlay webpage indicating that more TV manufacturers would add AirPlay 2 support and previewing future AirPlay features.

On Monday, three more TV manufacturers, Vizio, LG, and Sony, announced upcoming AirPlay 2 and HomeKit support, which will allow compatible TVs to stream video from iOS devices and Macs and be controlled from Apple’s Home app and with Siri. AirPlay 2 support will also enable compatible TVs to act as speakers for audio content.

The four TV manufacturers collectively control 75% of the US smart TV market. Although most existing TVs won’t be updated to work with AirPlay, the market share of the participants means that the majority of new TVs sold in the US will be capable of playing video and audio streaming from iOS devices and Macs.

The main difference between Samsung’s announcement over the weekend and those of Vizio, LG, and Sony is that the iTunes app is a Samsung exclusive for now and only Samsung and Vizio plan to update older-model TVs with AirPlay support. Also, The Verge reports that Samsung has made no promises regarding support for HomeKit functionality.

Just like last year, CES is teeming with new HomeKit accessories. The announcements feel a little different this year though. Part of that is the control from the Home app that HomeKit-enabled TVs will enjoy for the first time. However, there have also been notable announcements by companies like Arlo and Netatmo that passed over HomeKit integration initially but are now adopting the feature. Add to that a long list of new HomeKit products from other companies including doorbells, which disappeared from Apple’s HomeKit accessory webpage last summer, and more than ever, HomeKit feels like a robust, healthy platform that most device manufacturers want to support.

Netatmo began to embrace HomeKit when it added security devices to its lineup. This week, the company introduced the Smart Video Doorbell that will allow users to monitor who is at their door and communicate with them remotely when the product is released later this year. Unlike Amazon’s Ring, which is subscription-based and only supports Alexa, Netatmo’s device records video to a microSD card, Dropbox, or FTP server without the added cost of a subscription. 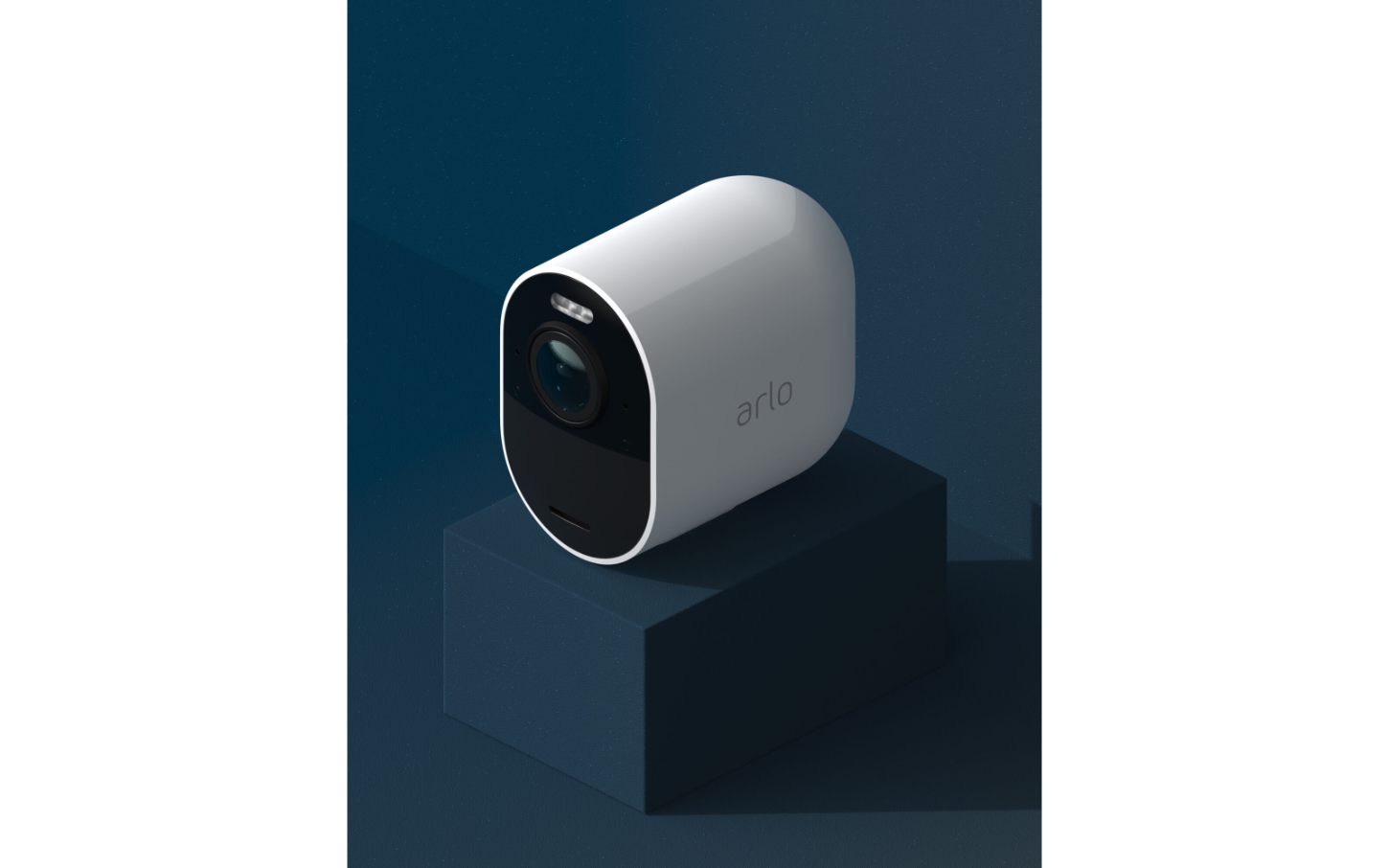 In another sign of growing acceptance of HomeKit among accessory makers, Belkin, which added HomeKit support to its line of Wemo plugs using a bridge last year, is adding native HomeKit support to light switches. Expected in spring or summer, the switches will retail for $39.99 for single pole and $49.99 for 3-way switches.

A wide range of other HomeKit-enabled devices have been announced at CES too: 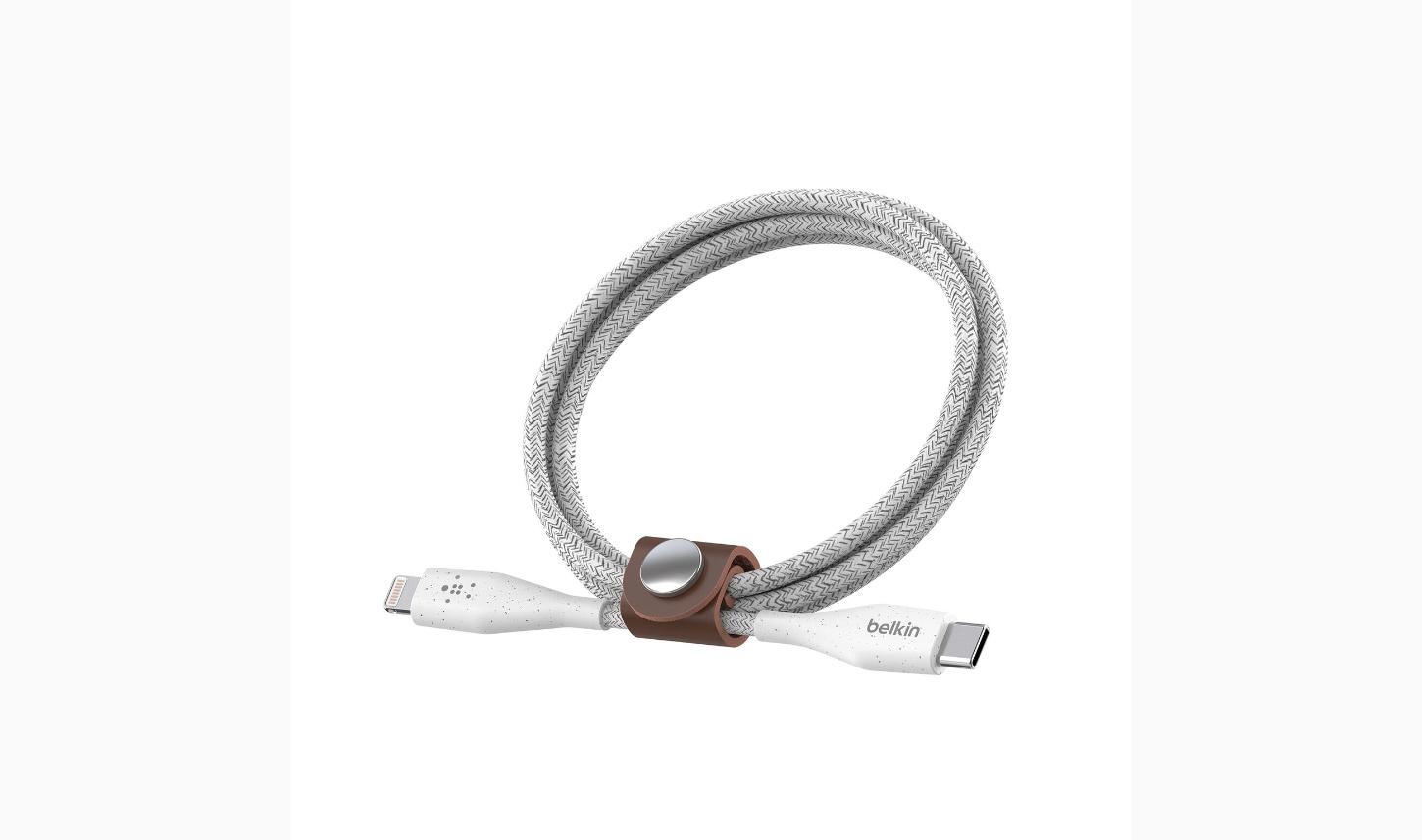 USB-C cables and charging solutions are getting a boost at CES. Long-time Apple accessory makers Belkin and Griffin both announced that they will be shipping the first third-party USB-C to Lightning cables. Belkin’s cables will come in 4, 6, and 10 foot lengths and cost between $24.99 and $34.99, while MacRumors says Griffin’s cables are coming in Q2 2019 in 4 and 6 foot models for $19.99 and $29.99, along with a 5-foot aluminum braided model for $34.99.

I am here only to get an OtterBox PopSocket for ⁦@andreamvaldez⁩ pic.twitter.com/mRlVYv78sf 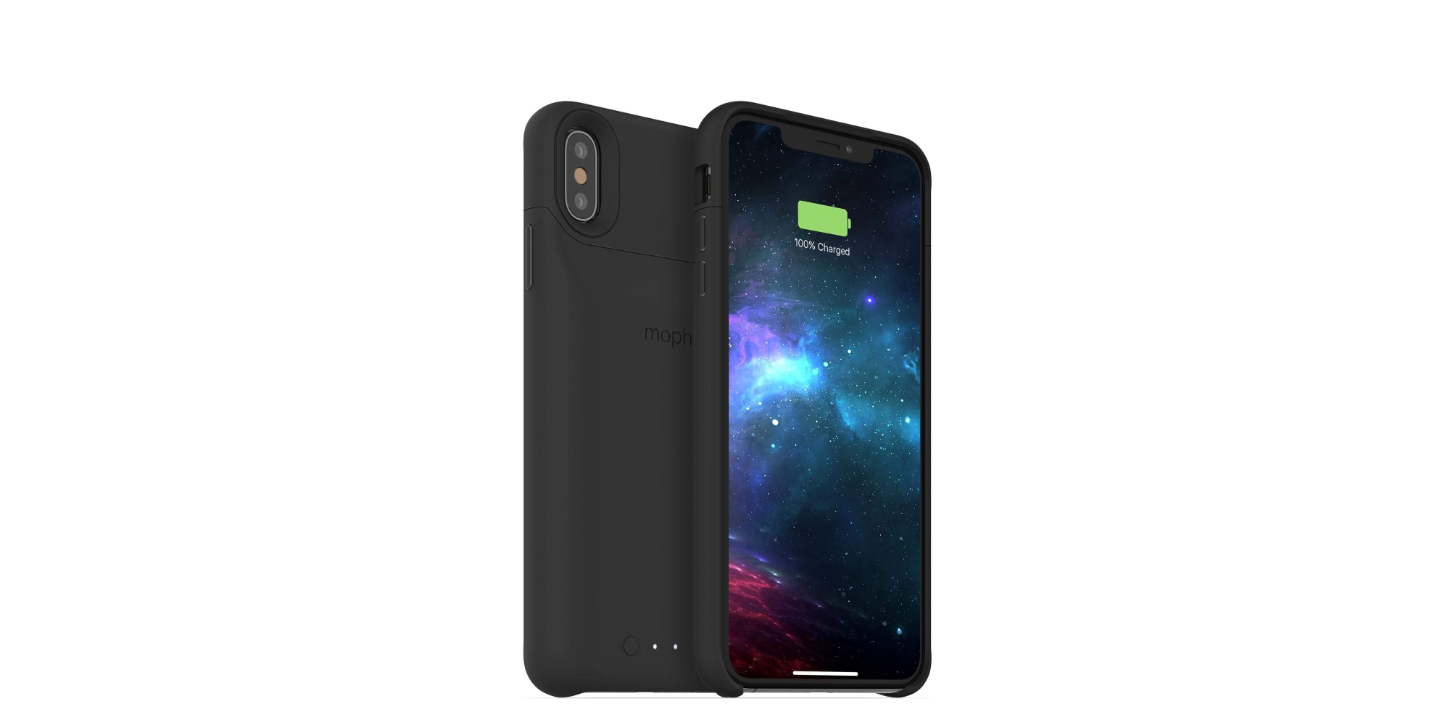 In Q1 2019, Mophie is introducing new Juice Pack cases for the iPhone XS, XS Max, and XR. Mophie says the 2,000mAh XS case extends the iPhone’s battery life by up to 25 hours, while the 2,200mAh XS Max and XR models extend battery life up to 31 hours. The XS case is also compatible with the iPhone X. 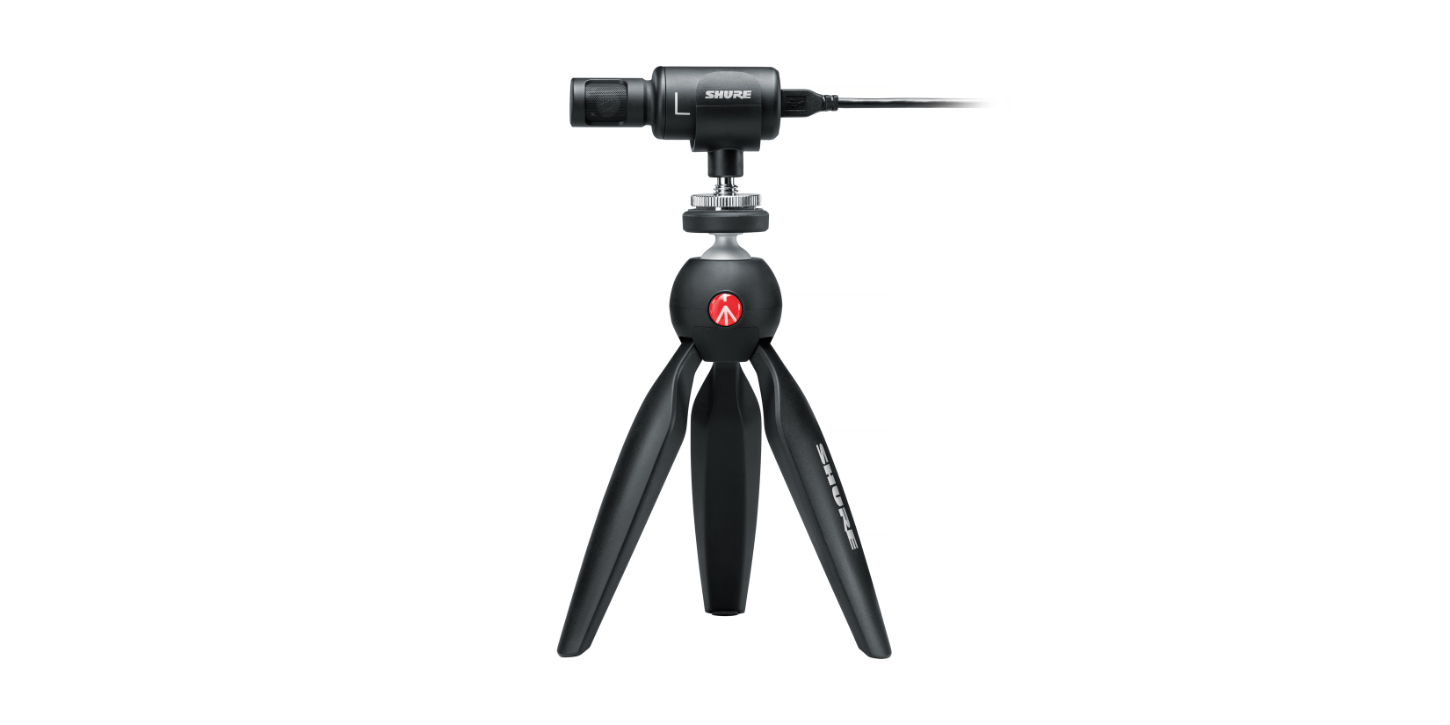 I’ve used Shure’s Lightning-enabled microphone for recording with iPhones in the past. It’s not a pro-level microphone, but it’s significantly better than the one built into the iPhone. Now Shure is leveraging its microphone as part of a video recording kit called the MV88+ Video Kit that includes the mic, a tripod, and phone clamp. For anyone starting with videography, vlogging, or field recording, Shure’s kit looks like a handy all-in-one solution.

Finally, there are a handful of eGPU solutions available for the Mac already, but OWC’s announcement at CES is interesting because, unlike Blackmagic’s offerings that aren’t upgradable, it’s just an enclosure that accepts a variety of GPU cards. Known as the Mercury Helios FX 650 eGPU, OWC’s $389 enclosure connects via Thunderbolt 3, includes HDMI, DisplayPort, and DVI connections, and supplies 100W of power to the connected MacBook.

I enjoy CES on two levels. First, I love the big announcements like the ones that AirPlay 2 and HomeKit are coming to all the major smart TV manufacturers because it’s the sort of move by Apple that has the potential to lead to interesting changes in the video streaming landscape.

Second, there is also always more pedestrian news at CES that I enjoy unearthing because of its potential for improving the day-to-day use of technology. Qi charging battery packs, USB-C to Lightning cables, and cheaper HomeKit blinds may not be as exciting as the TVs announced, but they are the kinds of products that can have a more immediate impact, which is also why they’re the sort of items that we’ll continue to highlight on MacStories as new announcements are made.