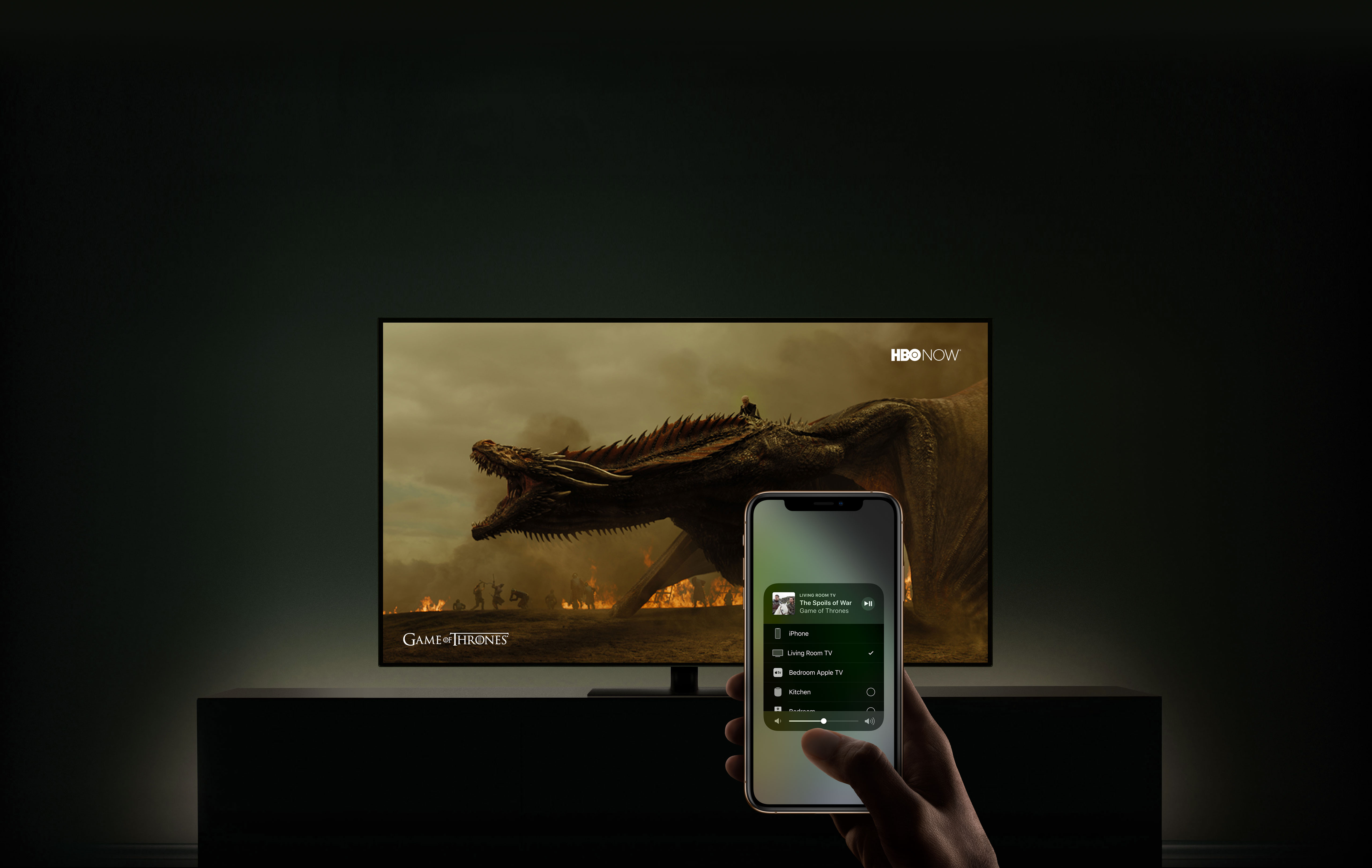 On the heels of the announcement that Samsung Smart TVs are gaining an iTunes Movie and TV Shows app and AirPlay 2 support, Apple has updated its AirPlay 2 page to highlight additional features that are coming to AirPlay 2.

AirPlay 2-Enabled TVs: Samsung may have been the first to announce support for AirPlay 2, but Apple’s webpage indicates that the feature is coming to ‘leading manufacturers,’ so expect more announcements at CES and beyond. In addition to using AirPlay 2 to send video from an iOS device or Mac to a compatible TV, consumers will be able to play music on their TVs and sync it with other AirPlay 2-compatible devices in their homes.

Control Your TV with Siri: Perhaps the most interesting feature is the ability to use Siri on your iPhone to send video to your TV. Because the new feature works in tandem with HomeKit, if you have multiple AirPlay 2 TVs, you’ll be able to specify the room in which you want the video to play.

Convenient built-in controls appear in apps, on the Lock screen, and in Control Center. So you can easily play, pause, fast-forward, rewind, and adjust the volume on your TV.

Controlling the volume of a TV via AirPlay 2 would be new, and perhaps there’s something coming related to Apple’s reference to “built-in controls… in apps,’ but playback controls on the Lock screen and in Control Center already exist.

Apple is clearly using the days leading up to CES to implement the first moves in its video strategy. Observers have long wondered how Apple planned to extend the reach of a video service beyond the relatively small number of Apple TV owners. By cutting deals with TV manufacturers, Apple is moving down a path that is similar to the one Google has taken with the Chromecast and will be able to reach many more consumers. I wouldn’t be surprised if we see these new AirPlay 2 features begin to appear when Apple ships its first iOS 12.2 betas.