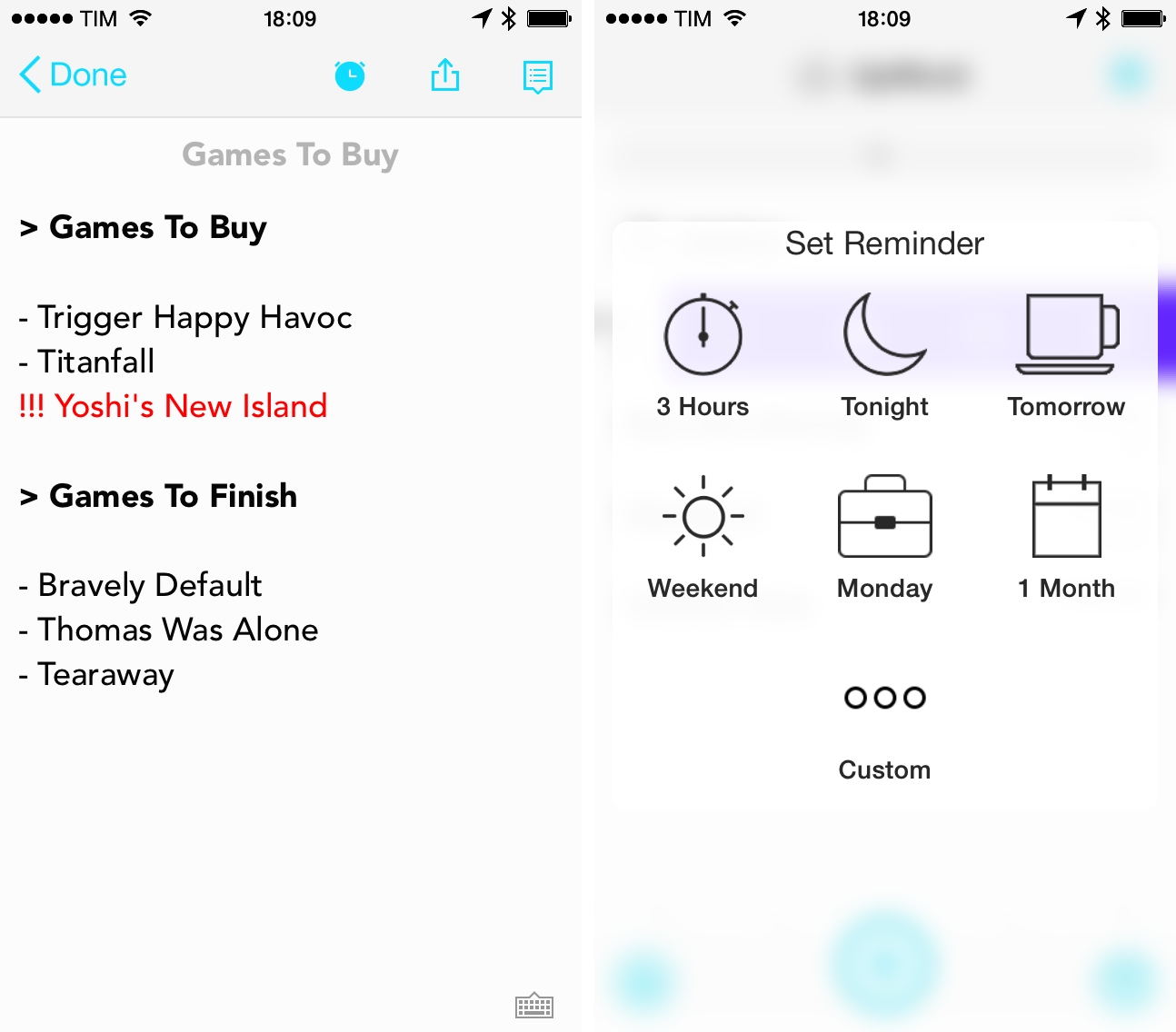 Released last week on the App Store, UpWord is a list-making app that works with Dropbox and that lets you quickly add notes and manage them in lists with gestures. The app isn’t perfect, but it’s got some interesting ideas.

UpWord stores lists as individual .txt files in Dropbox so you can edit them from any device that has Dropbox installed. The app has three themes, support for TextExpander touch, hyperlink recognition (a nice plus in an otherwise plain text-focused app), and a setting to always launch in typing mode, ready to add a new note. When you open the app, you’ll find a large, conveniently placed “+” button at the bottom of the screen that you can tap to start a new note; the note screen is fairly standard business, with buttons in the top toolbar to search, share (including copying a Dropbox link), and viewing the word count. 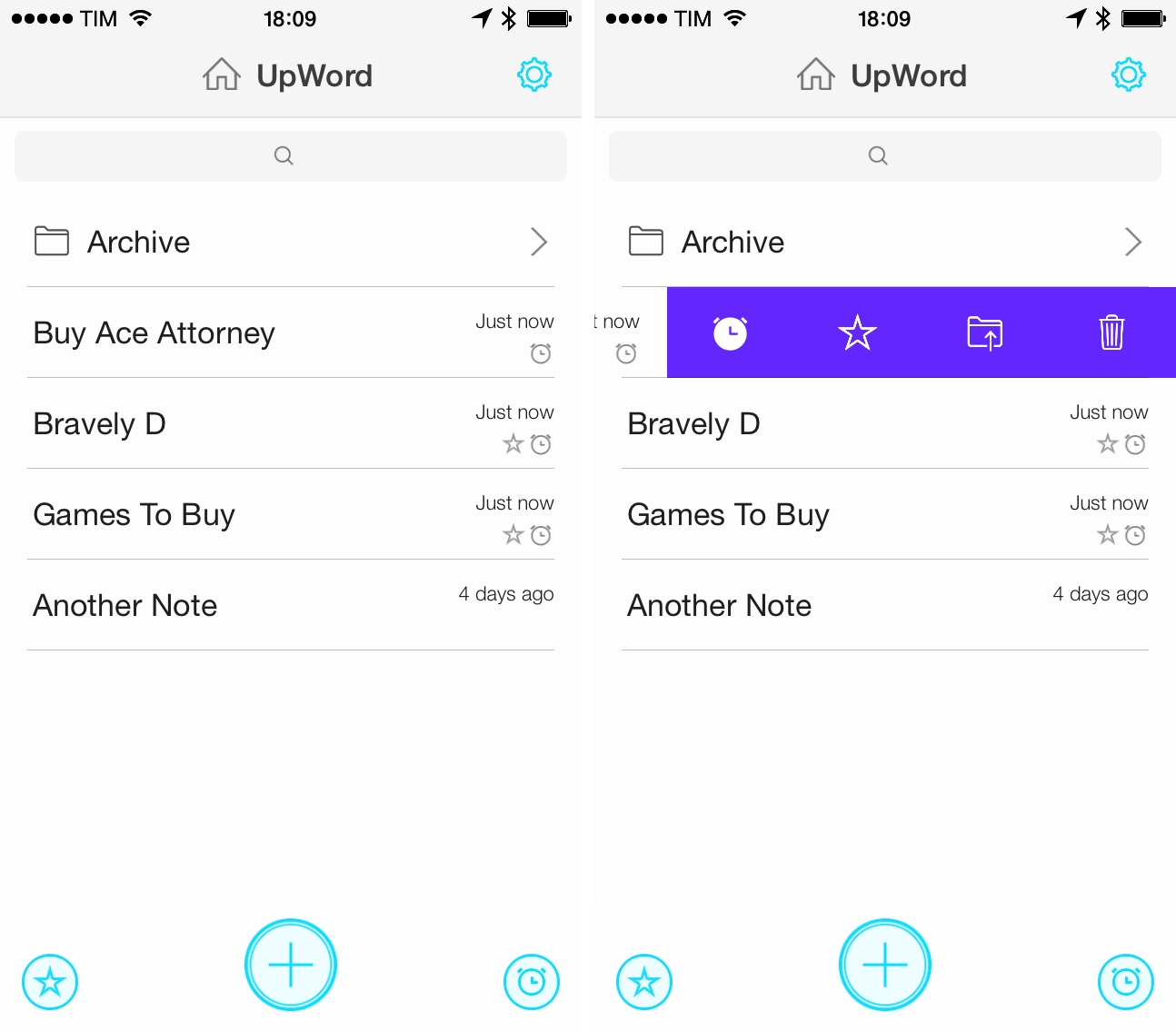 You can create “categories” (folders) for lists, and there is a reminder feature that is reminiscent of Mailbox in how it lets you associate a date-based reminder to any list: swipe over a list’s name and you’ll get an action bar with icons to delete, move, mark as favorite, and create a reminder. Reminders are date-based, but they don’t rely on Apple’s Reminders app – they’re UpWord’s own alert feature. The menu to set reminders is clearly inspired by Mailbox with shortcuts for “tomorrow evening” and “3 hours” among others, but you can also manually set a date and time if you want. 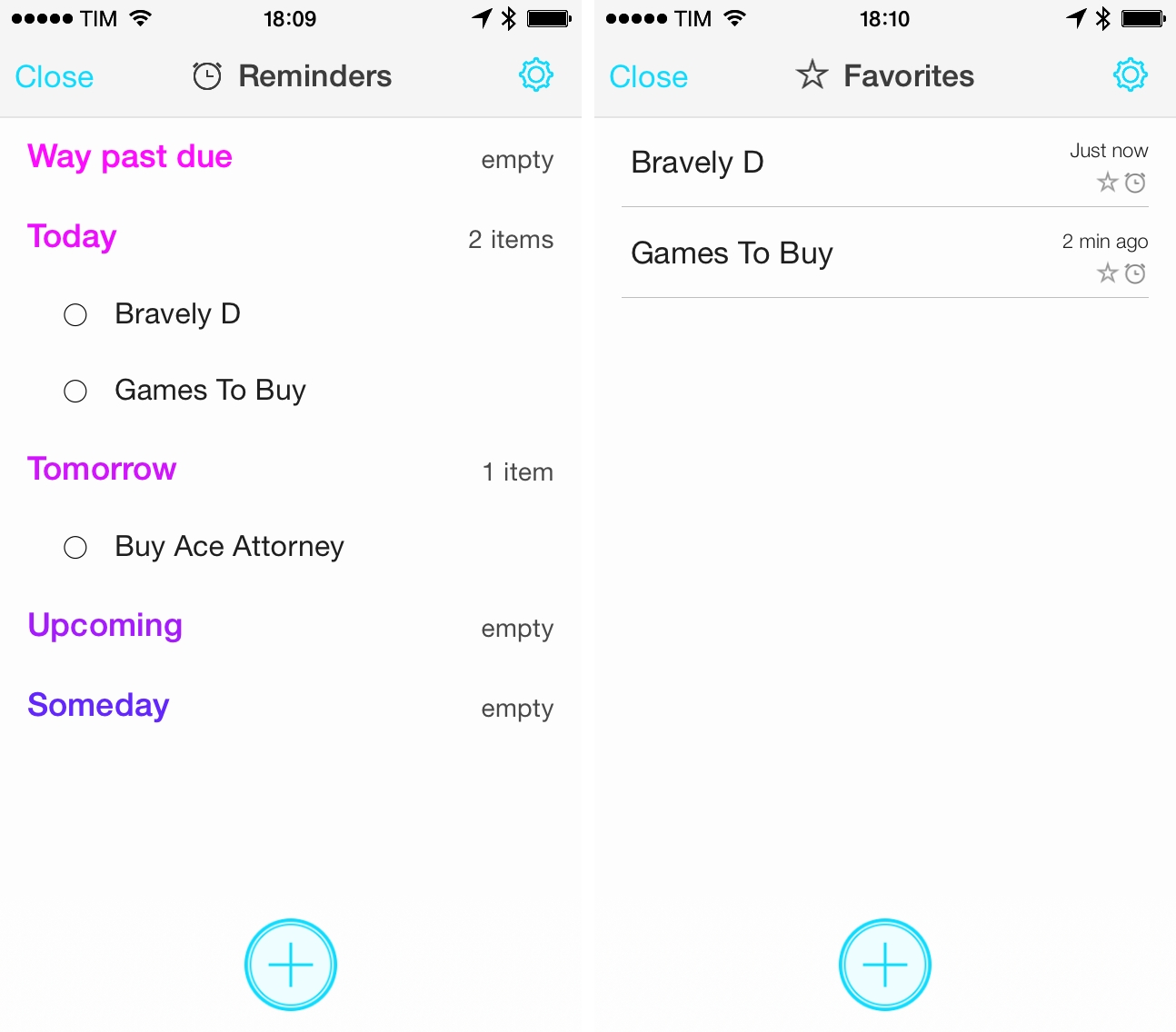 One of the app’s nicest touches is the way Reminders and Favorites are collected in dedicated views. The Reminders one is particularly handy in how it provides a clean breakdown of files that were assigned a reminder.

UpWord’s core feature is the way you can turn lines of text into formatted lists with gestures. Simply place the cursor on a line and swipe left to add a bullet; swipe again to make the line red with three exclamation points or bold; swipe right to check off a line and mark it as done. The gestures are nice, but they are only used as visual differentiators – the app has no filtering system to meaningfully understand whether you have more lists or lines with a priority.

UpWord is a lightweight Mailbox for lists: sitting somewhere in between plain text todo systems like TaskPaper and the classic note taking app, UpWord takes features from both and tries to make lists actionable with favorites and reminders. The result is interesting and, in many ways, fresh: sync is fast (but it could use a conflict resolution tool), the app is snappy, the reminder summary view is handy, and gestures make list-making faster. However, I’m left with the feeling that UpWord could offer more, even without an iPad app (which isn’t available at this point): currently, it’s not possible to assign reminders to individual lines of texts and there’s no search for contents of all files. The lack of a TaskPaper-inspired syntax makes UpWord easier to pick up and use, but on the other hand it limits the app in how reminders are tied to files rather than lists inside files. The concept of augmenting plain text systems with features like reminders is clever, but it needs to be more flexible and available on multiple platforms.

UpWord combines proprietary features (reminders and favorites) that won’t be synced to other devices with Dropbox, which will allow you to take your text files anywhere and edit them. UpWord shows potential, and an update with preliminary support for iOS 7.1 has already been released on the App Store.