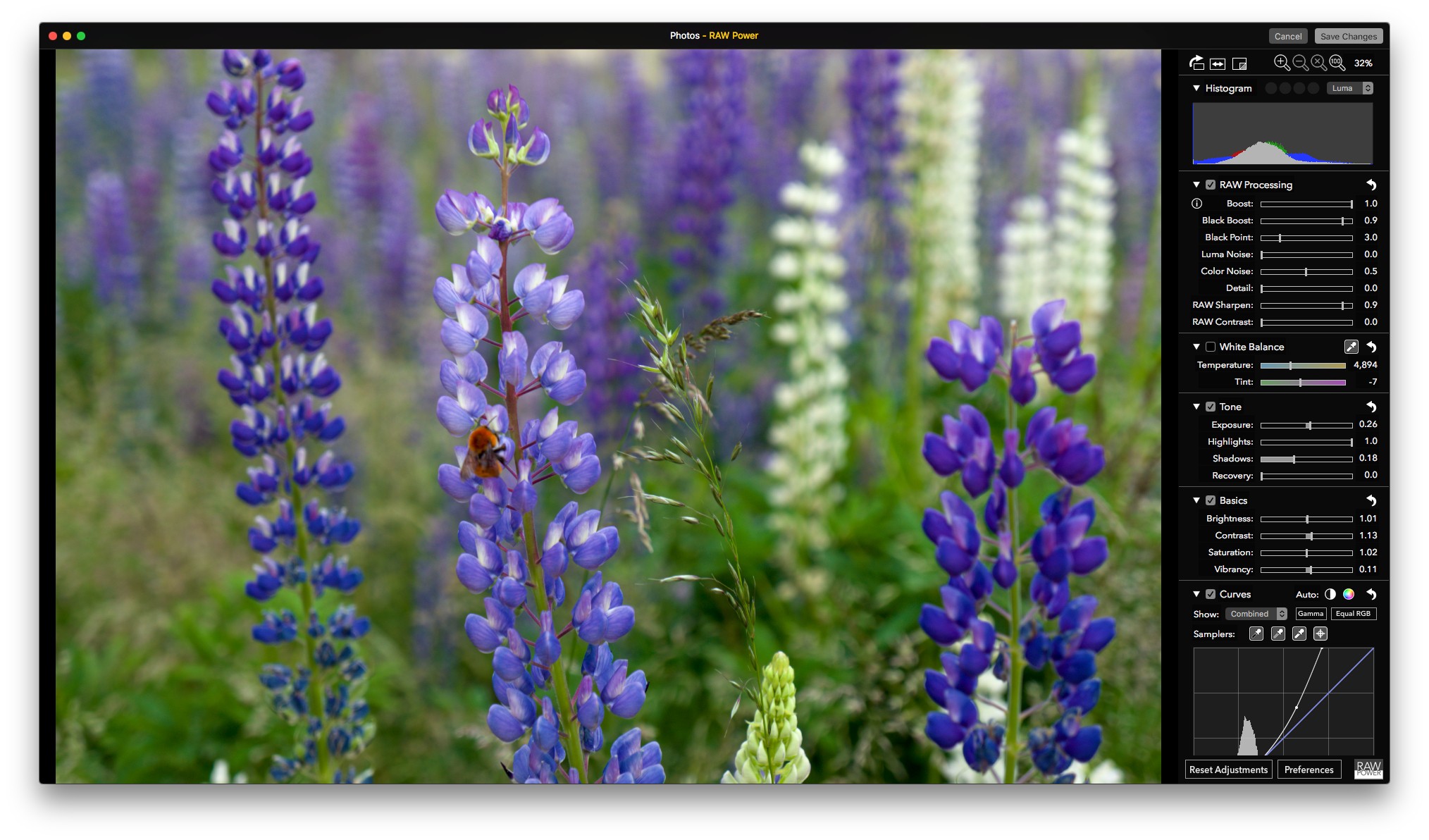 RAW Power is a powerful image editor reminiscent of Aperture that takes Apple’s discontinued pro photo editing tool a step further than Apple ever did. Whether you use RAW Power as a standalone image editor or as a Photos extension, what strikes me most about it is that with a little experimentation and patience, it’s accessible regardless of whether you consider yourself a pro user.

Before Photos, Apple had two photography apps: iPhotos for average consumers and Aperture for pros. In 2014, Apple discontinued Aperture. Around the same time, Apple evolved iPhoto into Photos, bringing the macOS and iOS apps that go by that name closer together from a feature set standpoint. That left pros and ‘prosumers’ who relied on Aperture in a bind. There are alternatives like Adobe’s Lightroom, but if you preferred Aperture, you were out of luck, until now.

RAW Power, by Gentlemen Coders, has a stellar pedigree. Its lead developer, Nik Bhatt, was Senior Director of Engineering for Aperture and iPhoto, so it’s safe to assume he understands Apple’s RAW engine. What sets RAW Power apart from something like Aperture, though, is its flexibility. Images can be edited non-destructively either in the standalone RAW Power app or from within Photos because RAW Power’s full functionality is also a Photos extension.

Like many people, my photo library is a mixture of thousands of images taken over many years that were shot with a variety of hardware, including old point-and-shoot digital cameras, a variety of iPhones, and a Sony NEX-5N I got in 2011 for a trip to Patagonia. I enjoy photography and have improved beyond taking simple snapshots, but I’ve never gone too deep into the technical side of it. Nonetheless, for special occasions I still shoot RAW images on my Sony camera to give myself maximum editing flexibility when I process my photos. RAW Power’s Photos extension fits my mix of photos and approach to editing perfectly by offering pro tools that are available on my command as an extension from within Photos when I need them, but stay out of the way when I don’t. 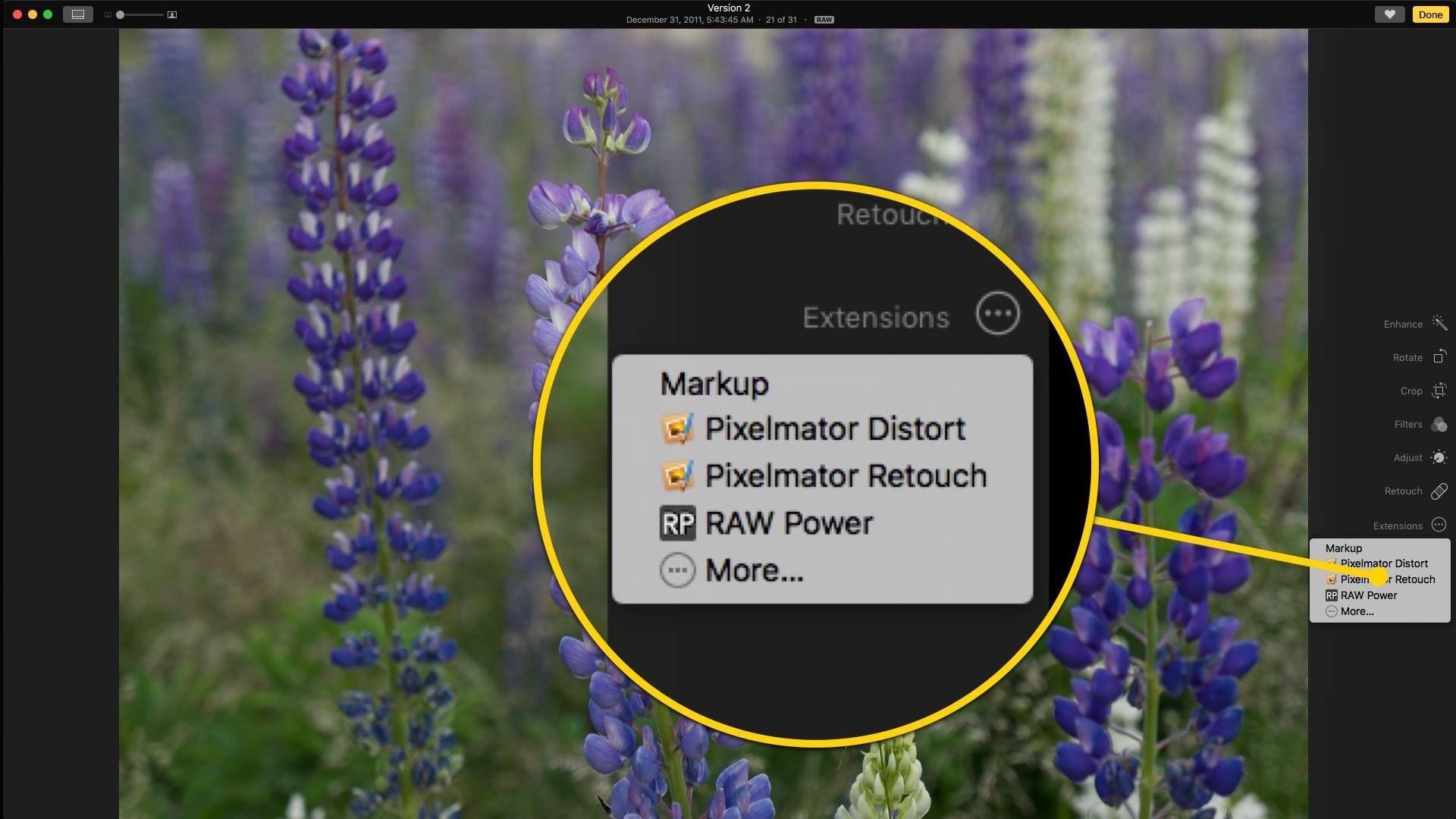 After you install RAW Power, you’ll need to add it as an extension in Photos. That’s done by clicking the Extensions button from Photos’ editing mode followed by the ‘More’ button, which opens Systems Preferences where you can tick the checkbox to activate the RAW Power extension. The process is a little fiddly, but you only have to do it once.

When the extension is set up, if you open a RAW file in Photos’ edit mode and choose the RAW Power extension, RAW Powers’ tools will open in the editing panel on the right side of the window. If you have previously edited a RAW image in Photos, you will see a warning indicator at the top of the RAW Power panel. RAW Power’s RAW editing tools only work with unedited RAW files and the warning means you will only be able to use the app’s non-RAW editing tools, unless you revert to the original RAW image. That was the case with some of the shots that I experimented with for this review. My solution was easy: I just duplicated the RAW image and reverted one of them to its original state. 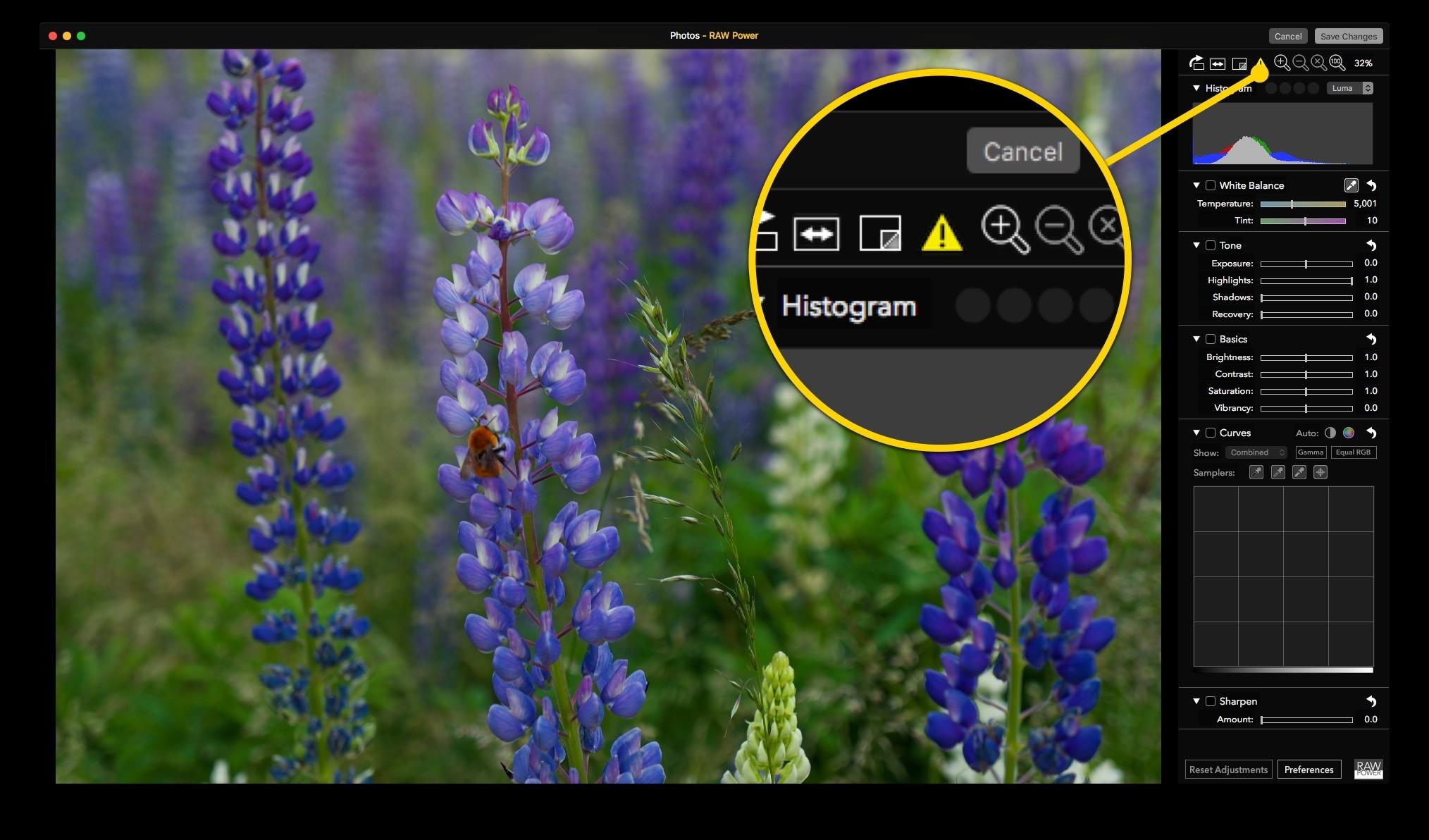 RAW Power will warn you if you previously edited a RAW image.

The RAW Power panel includes many of the same tools for adjusting RAW images that were found in Aperture, plus some nice additions. Along the top of the panel are clockwise rotation, flip, before and after previewing, and zoom controls. The histogram is next in the stack of tools and will be familiar to anyone who has used image editing tools before. One unique aspect, though, is the row of four round buttons above the histogram that correspond to the luma, red, blue, and green channels. If one is illuminated, it means that color is being clipped; an indication that adjustments may be necessary. Click on the illuminated button, and it shows you the hot pixels for that channel overlaid on your photo. 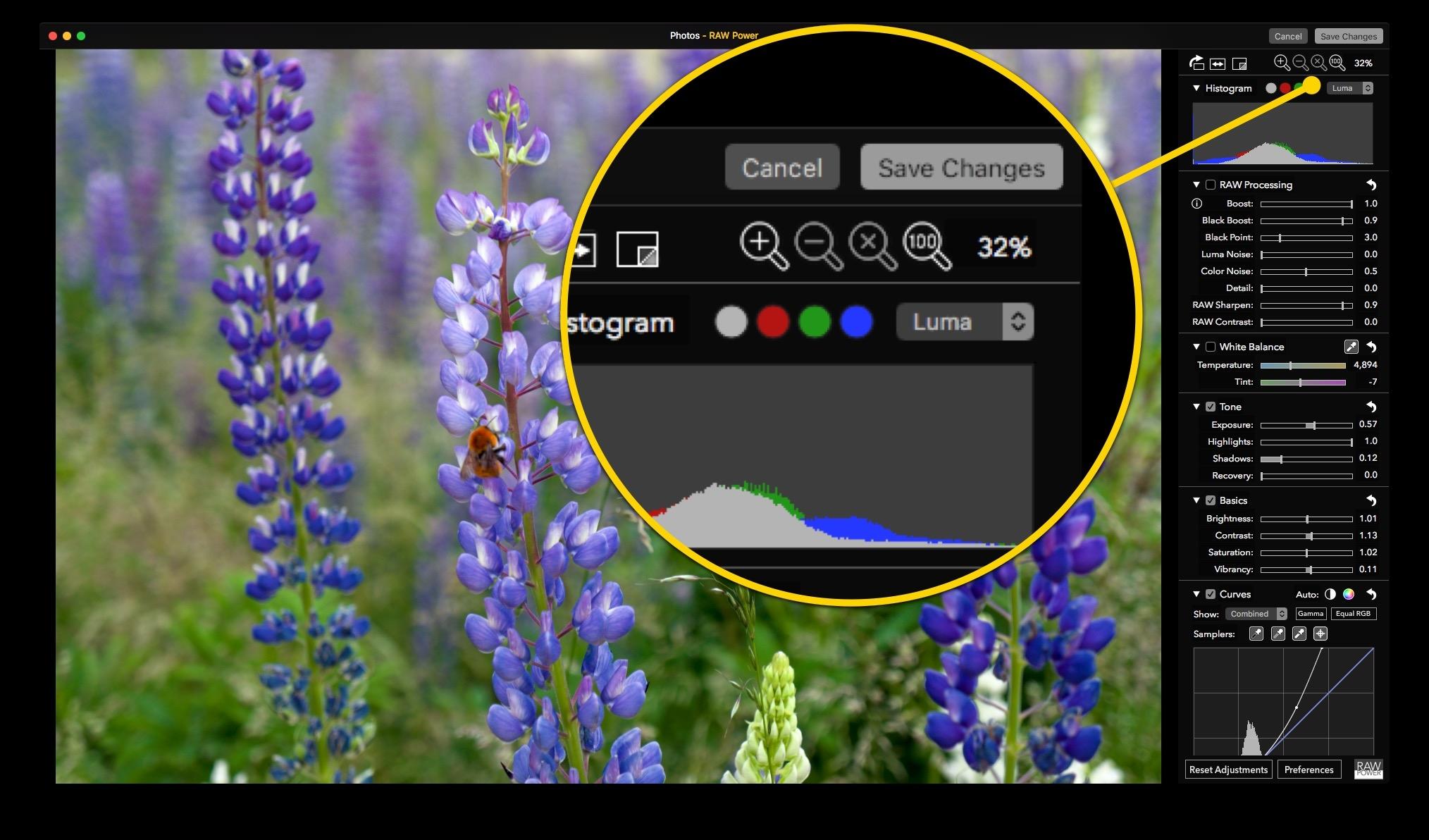 The next section of the panel handles RAW processing through a series of sliders. One thing you will notice right away is that all of the adjustments are applied in real time, which provides immediate feedback as you edit an image. RAW Power uses GPU acceleration to achieve real-time adjustments. The first tool exposed is Boost, an Apple-specific RAW image processor. Often, turning Boost down makes it easier to manually adjust other aspects of your image because it reduces the amount that Apple’s processing tries to automatically correct the image for you, which can sometimes work at cross-purposes to the look you are trying to achieve.

The Tone controls are another interesting section of RAW Power’s tools and include sliders for Exposure, Highlights, Shadows, and Recovery, all of which work on any image format, including JPEGs. If you hold down the Command key while adjusting the Tone controls, RAW Power provides a visual indication of clipping by highlighting with a color the portion of your image that is clipped. Recovery is a particularly useful tool because it operates to adjust exposure only on the brightest portions of an image, allowing you to reduce the exposure on the blown-out parts of your photo without affecting the parts where the exposure is fine. 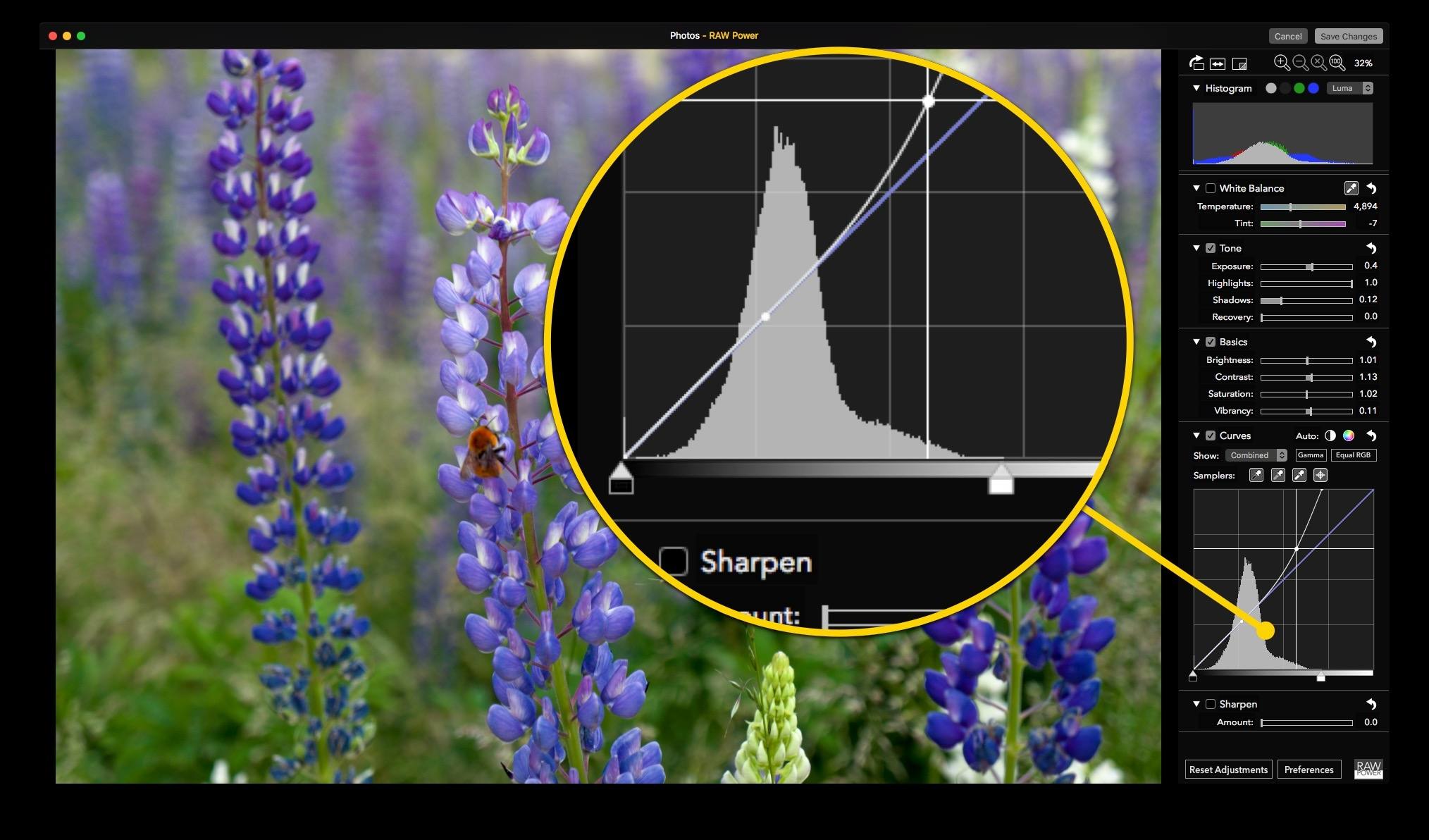 Curves is a feature that Aperture fans will recognize that lets you adjust color visually. There’s an automatic button, or you can adjust color channels individually by dragging portions of the curve that are overlaid on the histogram for that color. You can even sample a color from your image with an eyedropper to hone in on exactly the color you want to change.

RAW Power also has tools for adjusting white balance, brightness, contrast, saturation, and vibrancy as well as a tool to sharpen images, all of which are fairly common features of photo editors. The same feature set found in RAW Power’s Photos extension is also available in its standalone app, which is a nice alternative if you want to use RAW Power’s tools to adjust your photos and then send them to an app other than Photos for further editing, organization, or storage.

RAW Power helps fill the pro tool void left when Aperture was discontinued by Apple. For fans of that app, RAW Power is a great solution because it will be familiar and extends the functionality previously available in Aperture.

RAW Power isn’t just for pro users, though. I don’t consider myself a pro user and prefer the simplicity of Photos, notwithstanding its occasional rough edges. In cases like mine, RAW Power offers the best of both worlds: I can stick with Photos’ simple editing interface for snapshots I take on my iPhone, but when I use my Sony NEX-5N for a special occasion, I can call on RAW Power’s extension to touch up my best shots.

If you ever shoot in RAW, RAW Power is a tool you should have, and it’s especially attractive right now at 50% off for a limited time on the Mac App Store.