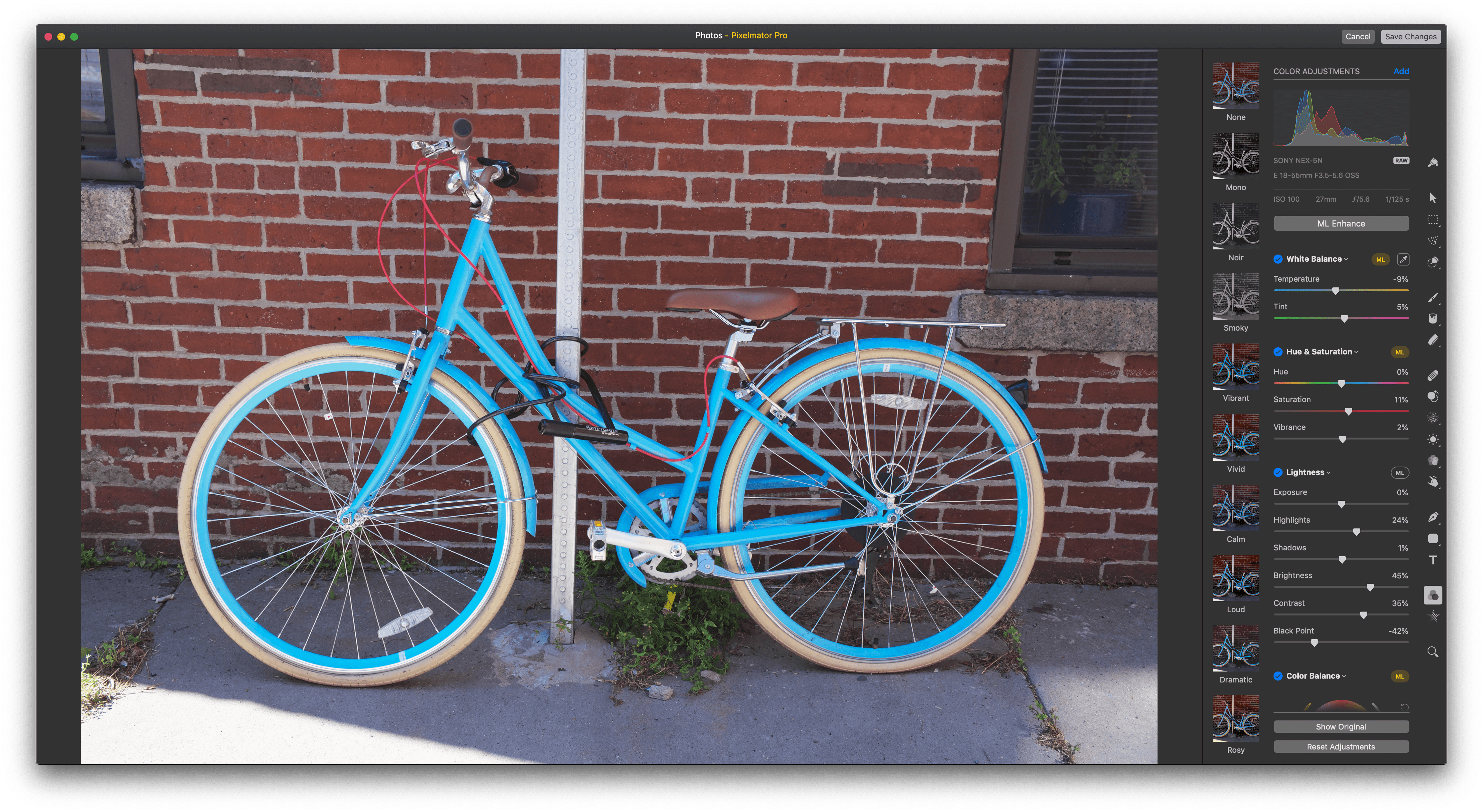 Pixelmator has incorporated every editing tool available in its main app into its extension, including all of the machine learning auto-enhance adjustments that are made possible thanks to Core ML. When you click Edit from inside Photos, all you need to do is click the three-dot button in the toolbar, select Pixelmator Pro, and your image is opened in Pixelmator Pro’s familiar editing environment. The extension is so complete that when viewed side-by-side, it’s hard to tell which app you’re in other than by looking at the app’s title bar.

Best of all, unless you choose to flatten your edits into the original photo, any changes you make are saved non-destructively, so they can be undone or adjusted by reopening the image in the Pixelmator Pro extension later. For anyone who manages their photo collection in Photos, in-line access to Pixelmator Pro’s robust suite of editing tools adds an extraordinary amount of power that you can’t get using Photos editing tools only. 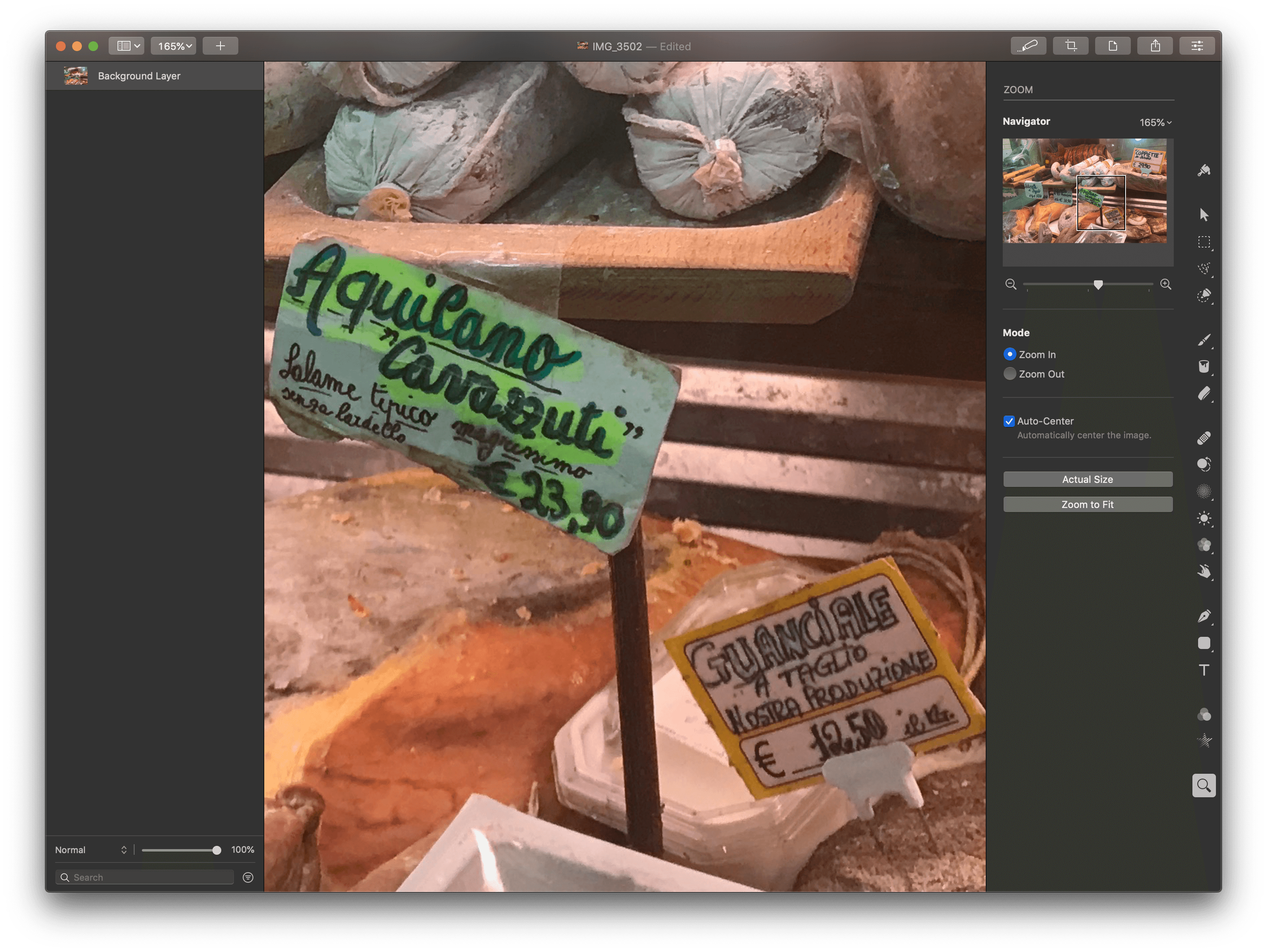 Zoom has also been significantly enhanced in Pixelmator’s main Mac app. The pinch to zoom gesture works as before, but clicking on the magnifying glass in the sidebar reveals additional options. My two favorites are the mini image map that shows you what part of a photo you’ve zoomed into and lets you move the zoomed area around by dragging the box inside the Navigator. There’s also a slider for zooming and a percentage that can be set to a precise zoom value or to various presets. The sidebar includes quick action buttons for zooming to an image’s actual size or fitting it to the app’s window too.

Pixelmator Pro’s crop tool now uses space more efficiently, and if you have a custom crop constraint you apply over and over to images, the app lets you save it as a custom preset, which is handy. There are two crop modes now too: ‘Hide,’ which hides the portion of an image outside the crop frame, and ‘Delete,’ which permanently eliminates the cropped part of an image.

Finally, Pixelmator Pro adds a handful of other revisions like Apple device-specific preset templates, refinements to the paint tool, and the ability to drag layered files into a Pixelmator Pro document.

I’ve been a fan of Pixelmator Pro since it launched on the Mac in late 2017 and appreciate the steady march of improvements and new features since then. I use the app regularly for my work at MacStories, but with the new integration with Photos, I expect to begin using it more with my personal photos too. If you haven’t given Pixelmator Pro a try yet, I highly recommend it.

Pixelmator Pro is available on the Mac App Store for $39.99, and today’s update is free for existing users.