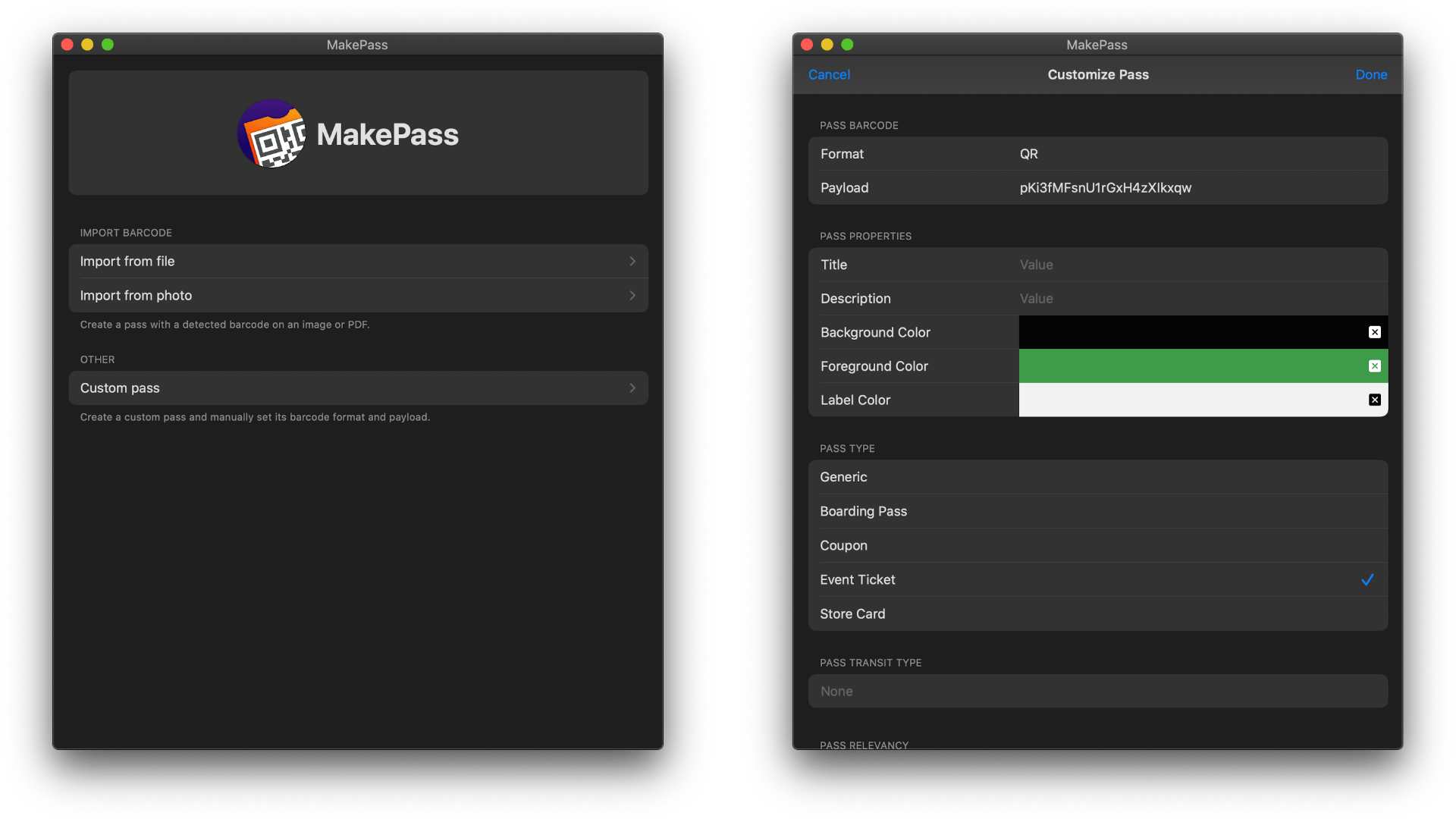 I often find myself reaching for my iPhone or iPad to do something that can’t be done at all or as quickly on my Mac. If I’m already working at my desk in front of my Mac, though, that requires a context switch that slows me down and often leads to being distracted by something else. One of the areas where this happens most frequently is with specialized, single-purpose utilities that are plentiful on iOS and iPadOS, but often unavailable on the Mac.

A terrific example that just debuted on the Mac as a Mac Catalyst app is MakePass, an app for generating Apple Wallet passes. Whether it’s a health club membership card, bus pass, grocery store loyalty card, or concert ticket, MakePass can turn them all into digital passes stored inside Apple’s Wallet app where they are organized and out of the way.

Several apps offer functionality similar to MakePass’ on the iOS and iPadOS App Store. However, my searches turned up none on the Mac App Store. That may be because Apple’s Wallet app is an iPhone-only app, but it’s handy to be able to make passes on your Mac too because that’s one of the places where codes come into your life.

With MakePass on the Mac, you can import a code from a file or photo by clicking the ‘Import from file’ or ‘Import from photo’ buttons or filling in the details by hand. You can also drag and drop a file or image into the app. MakePass supports QR, PDF417, AZTEC, and Code 128 formats, which are automatically detected when you import a file or photo using an Open dialog or by browsing your Photos library. Once MakePass has pulled the necessary information from the file or photo you feed it, you can adjust the color of the pass, add a title and description, labels with additional data, the type of pass, transit type for transit passes, and more. 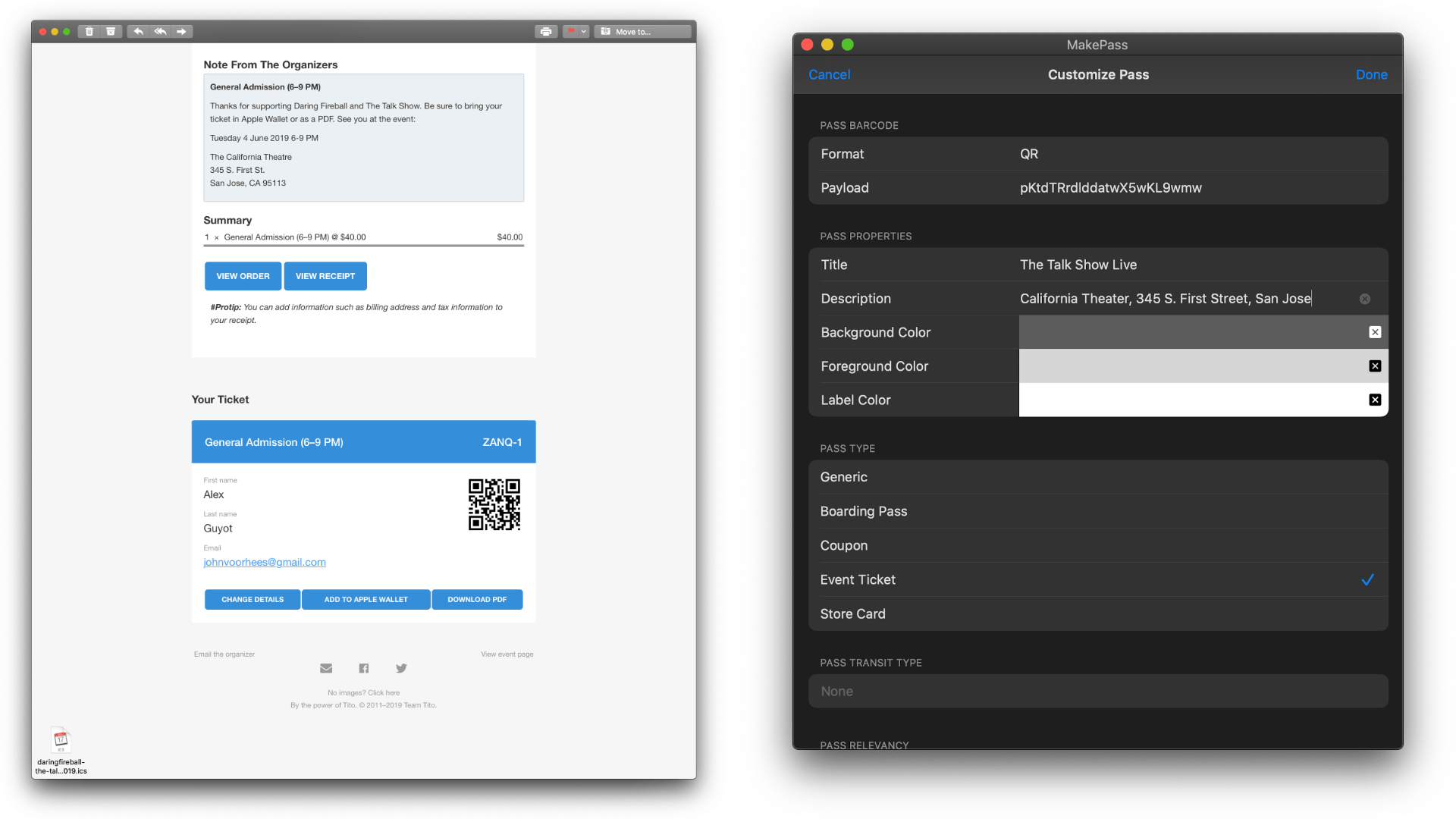 When you’re finished, simply click ‘Done’ which generates a preview of the pass. If everything looks the way you’d like, click ‘Add to Wallet,’ and the pass is sent to your iOS device, where it’s available for immediate use. If the pass you create uses the same code as a previous pass you’ve made, you’ll be asked if you want to update the existing pass. You also have the option to click ‘Cancel’ and start a pass over from scratch, though I’d prefer if there were also an ‘Edit’ button, so it wouldn’t be necessary to start the entire process over again.

I tried MakePass with QR codes for tickets that I found in email messages on my Mac and barcode information from my local library card. In each case, creating a pass for Apple Wallet was simple and fast, though making the library card pass would have been faster if I’d had some help deciding which code format to use. That’s because I built that pass by hand from the physical library card in my wallet using the app’s ‘Custom pass’ feature. What slowed me down was the lack of guidance about the code formats that the app supports. Not knowing which to pick, I tried each until I found one that matched my library card. A ‘help’ button or other in-app assistance would go a long way to improving custom pass creation. 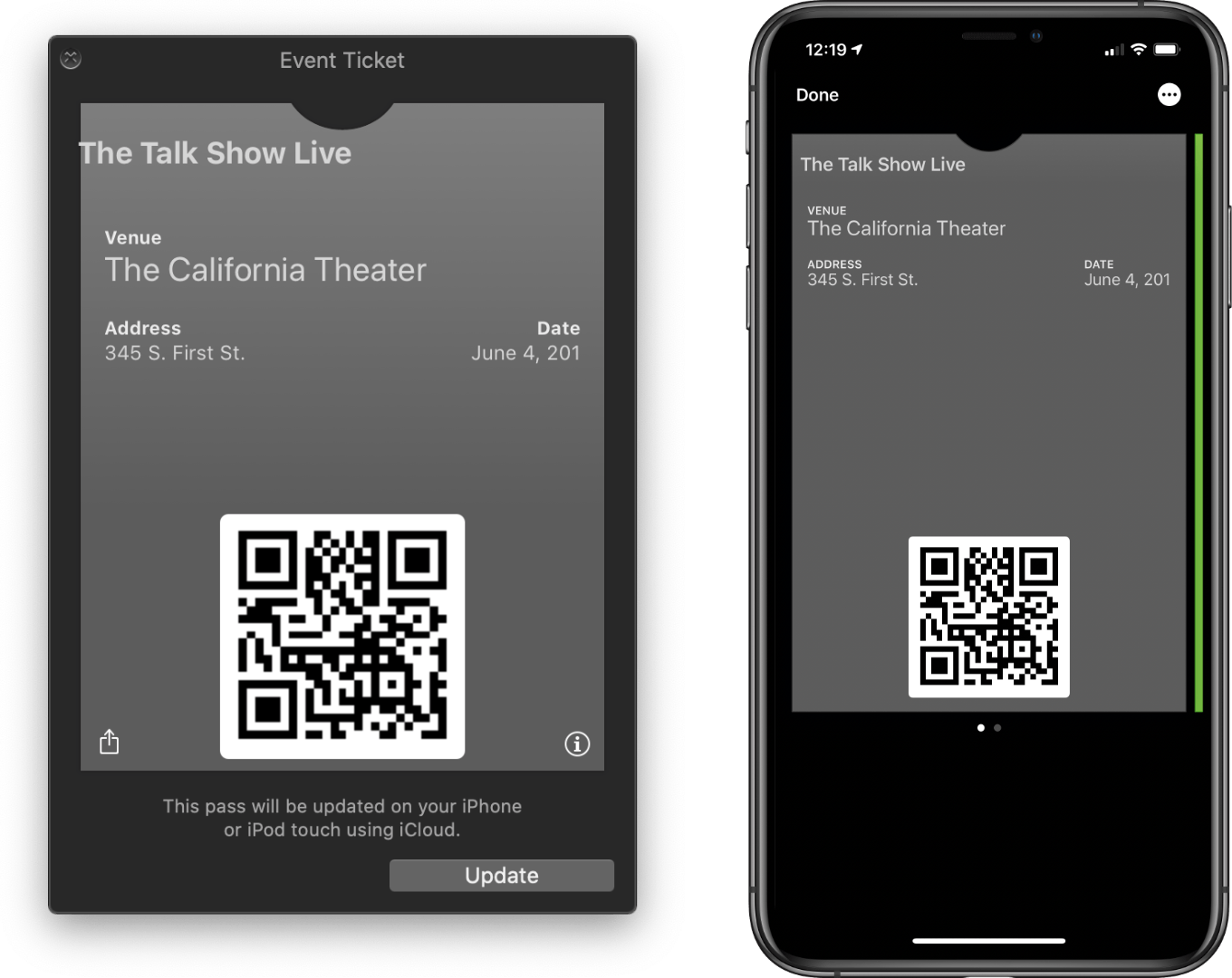 Despite the ease with which you can create Apple Wallet passes with MakePass, there are a few other additions that I’d like to see made to the app. First, I don’t know if a Mac Catalyst app can detect a Mac’s camera, but if it can, using a built-in camera to scan codes, as you can in the iOS version of the app, would be a terrific addition. Second, MakePass should add keyboard shortcuts for each of the app’s actions. Currently, the app doesn’t make use of keyboard shortcuts or the Mac menu, except for ‘New’ and ‘Open’ under the File menu and Escape to cancel and action.

One of the greatest strengths of the App Store over the past 11 years has been the depth and breadth of the available apps. Utility apps have been a big part of that on iOS and iPadOS, but less so on the Mac. Although the Mac is uniquely positioned to become the home of more sophisticated apps ported from iPadOS, more straightforward utilities have a role to play too, especially ones like MakePass, which provide functionality that isn’t already being served on the Mac App Store.