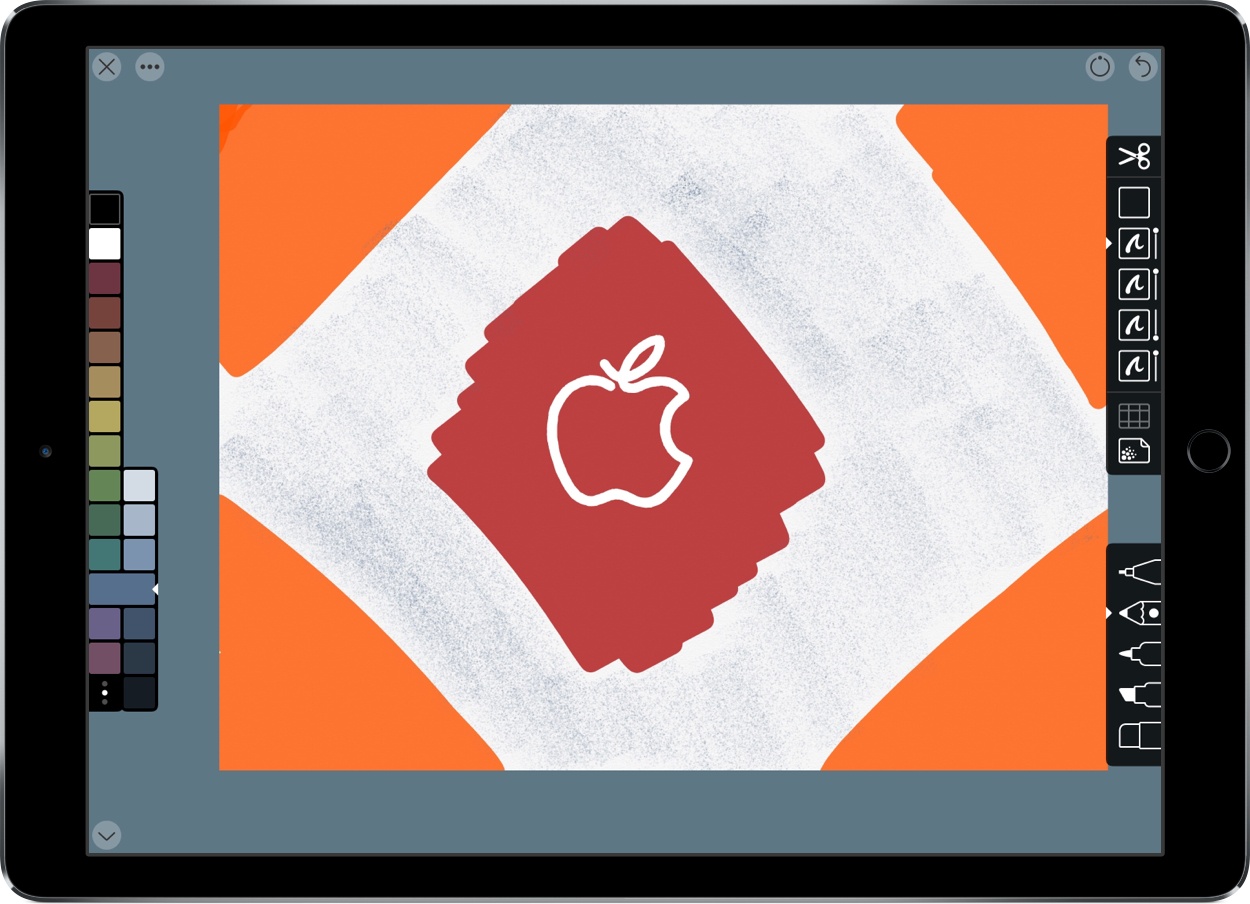 Today, The Iconfactory released a major update to its iPad sketching app, Linea. Version 2.0, which has been renamed Linea Sketch, takes what was already one of my favorite Apple Pencil-enabled drawing apps and has extended it with new features that make it more powerful than ever before. Most importantly though, the new features don’t come at the expense of the app’s usability.

When I reviewed Linea 1.0 last year, I was struck by how approachable yet capable the app was. That’s still the case, but The Iconfactory has added several new features that should make it appeal to an even broader audience.

I’m not going to cover the same ground as my original review, which you can read here, or iCloud sync and backup, which Ryan covered here. Instead, I’m going to concentrate on what’s new in Linea Sketch. 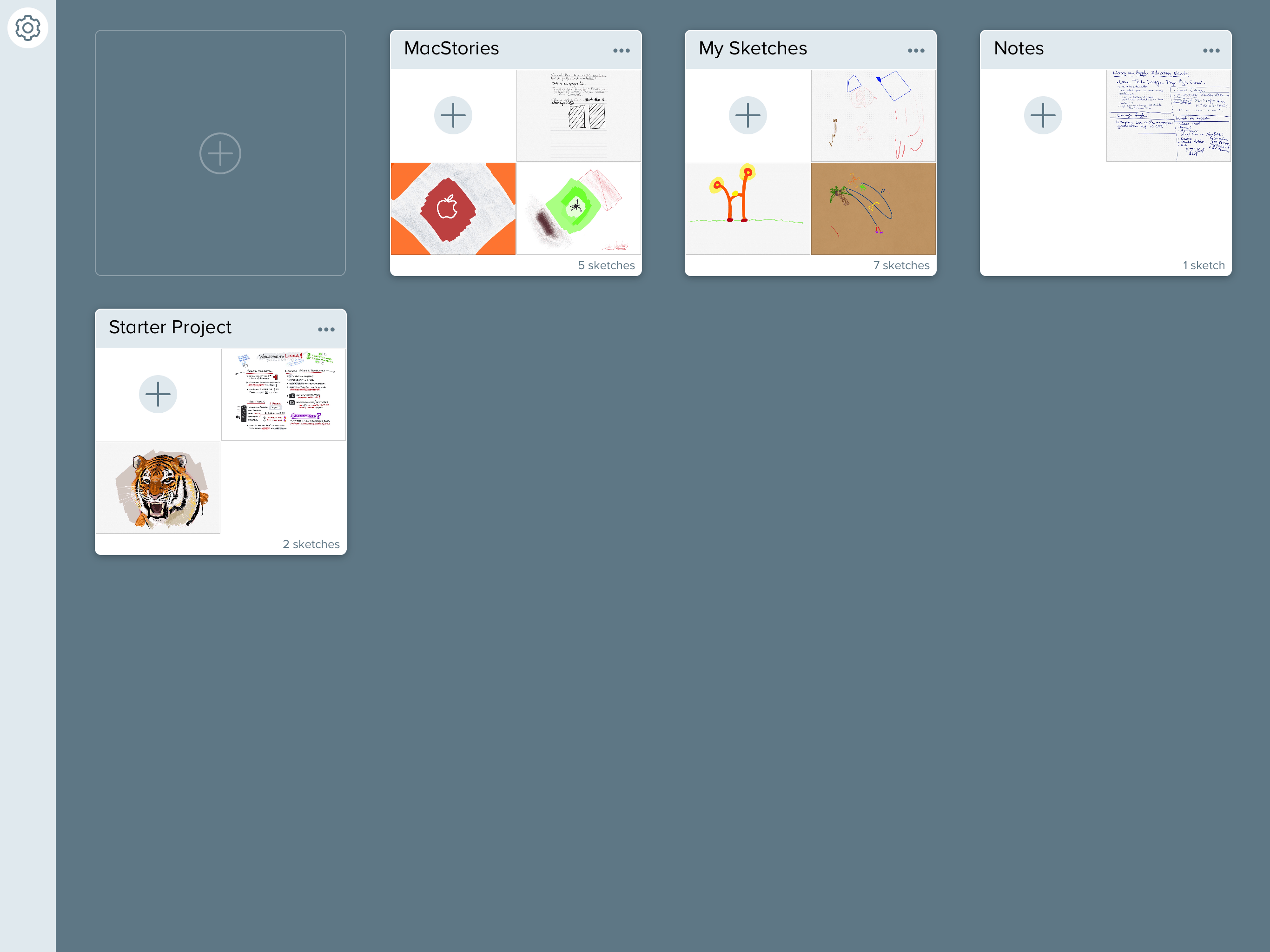 Sketches are organized into projects.

Not everyone considers themselves an artist. I certainly don’t. With the introduction of Linea Sketch though, it’s easy to start learning to draw or find other uses for the app.

Now, photos and other images can be imported into Linea Sketch from your photo library, the clipboard, the iOS system file picker, or by taking a picture with your iPad’s camera. I love that this feature isn’t limited to images in your photo library. Once an image is added to a sketch, you can mark it up, use it as a reference to help you draw something, or put it in another layer and trace the image. For example, I used a photo from the opening of Chicago’s Michigan Avenue Apple store to trace the logo in the sketch at the beginning of this review.

Linea Sketch has also added new grid, storyboarding, app design, and notebook paper templates. Whether you’re brainstorming ideas for a project, sketching out an app layout, or taking notes in a class, the new templates facilitate the process. I especially like the narrow-ruled note paper that can now be used in portrait mode for taking notes. Linea Sketch isn’t going to replace an app like GoodNotes, but it’s a good alternative if your needs are simple or for jotting down ideas you want to store alongside your drawings.

Perhaps my favorite new feature though is the transform tool, which is the sole new icon in the Linea Sketch toolbar. Tap the scissors icon, and you can trace a path around parts of your drawing to select them. You can edit the selection by using the selection add or subtract buttons that appear at the top of the screen and modify the extent of the selection by toggling included layers on and off. 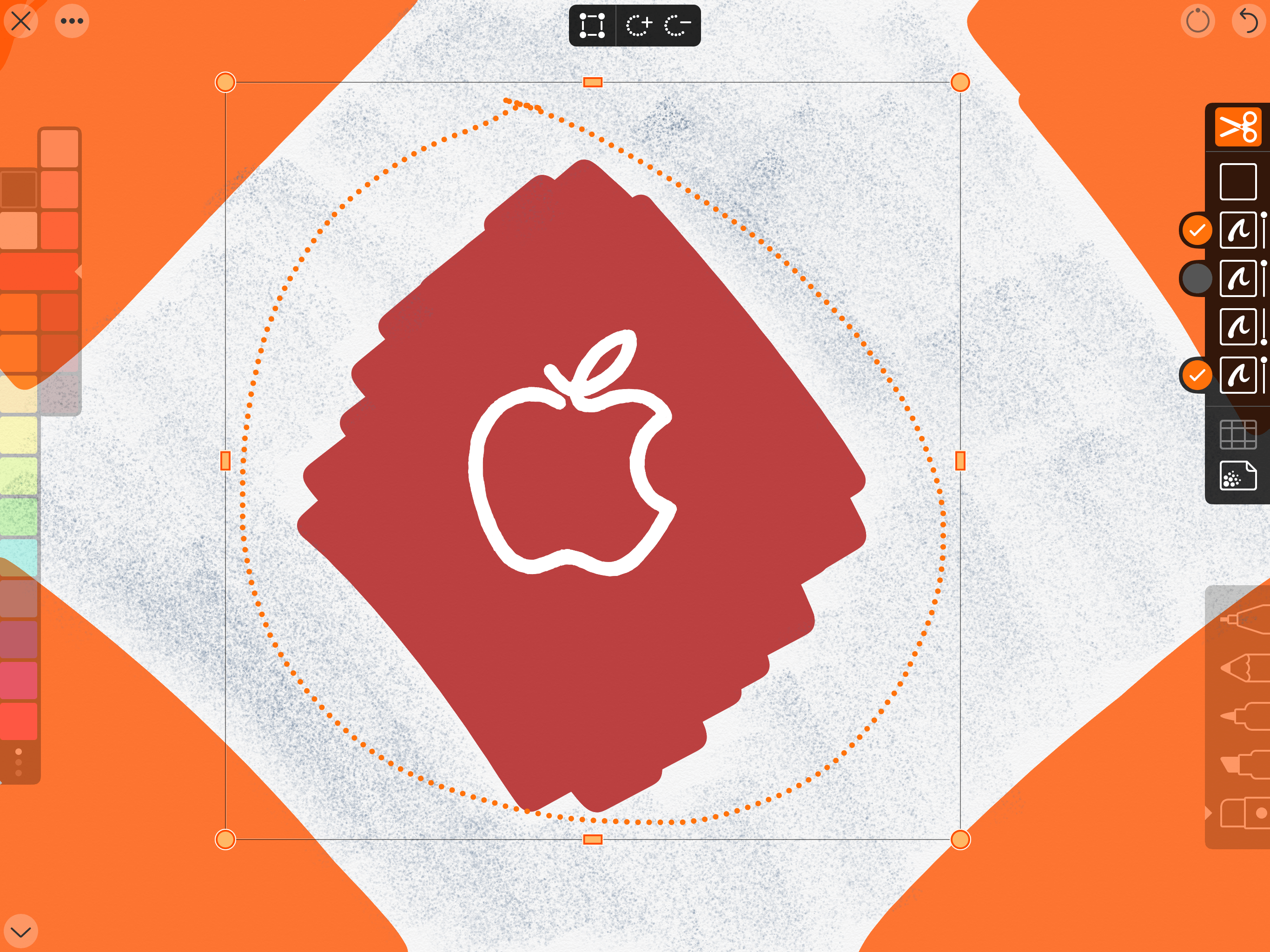 Selections can be modified with the modal buttons that appear at the top of Linea Sketch or by picking the layers to which the selection applies.

Tapping on the selection opens a pop-up menu of options to resize, rotate, flip, move, duplicate, cut, copy, or clear the selection. As you manipulate a selection, a HUD at the top of the screen appears and provides information about the selection’s coordinates, angle, and relative size. That’s a lot of functionality behind a single, new button and tap.

Sometimes you want a line that’s straighter than you can draw by hand, like when you’re working on a flow chart or creating a floor plan of your home. Linea Sketch has a clever new feature called ZipLine for making perfectly straight lines. Just draw a line and hold the endpoint for a moment. The line will automatically straighten out. The gesture feels completely natural and like magic at the same time.

Before you lift the Apple Pencil, you can drag the endpoint of the line to change its angle. As you do so, the HUD at the top of the screen indicates the line’s angle so you can get it just the way you want. After you create a straight line, you can connect its endpoint with another straight line by simply tapping and holding on another spot on the canvas, which is a quick way to create neat and tidy geometric shapes. 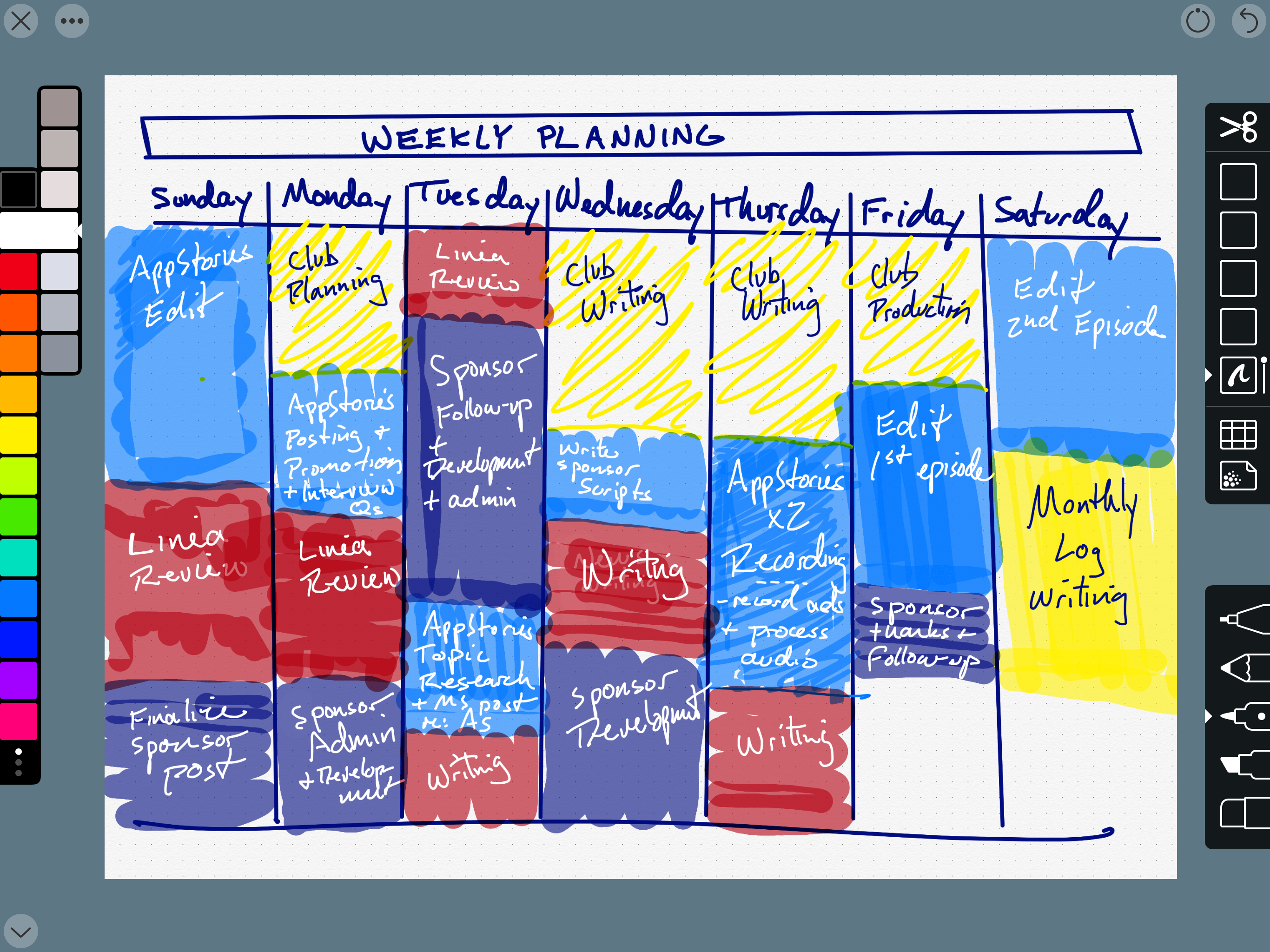 Linea Sketch is a fantastic way to plan your week.

When I first opened Linea Sketch 2.0, I wondered what had changed. The UI is nearly identical to the first version I reviewed last January. It’s a testament to The Iconfactory’s design skills that this much functionality can be added without cluttering up the app’s interface.

Linea Sketch delivers powerful drawing tools in an elegant package that makes it approachable to a wide variety of users. The new selection tool adds flexibility to Linea Sketch, which is a fantastic addition for existing users. At the same time, portrait mode, new templates for taking notes, storyboarding, and prototyping, the ability to import images, and support for drag and drop, open Linea Sketch up to a wider base of customers who will find ways to use it for more than traditional sketching. I highly recommend trying the app if you haven’t already.

Linea Sketch is a free update for existing users. For a limited time, the app is available on the App Store for $4.99, which is 50% off its usual price.