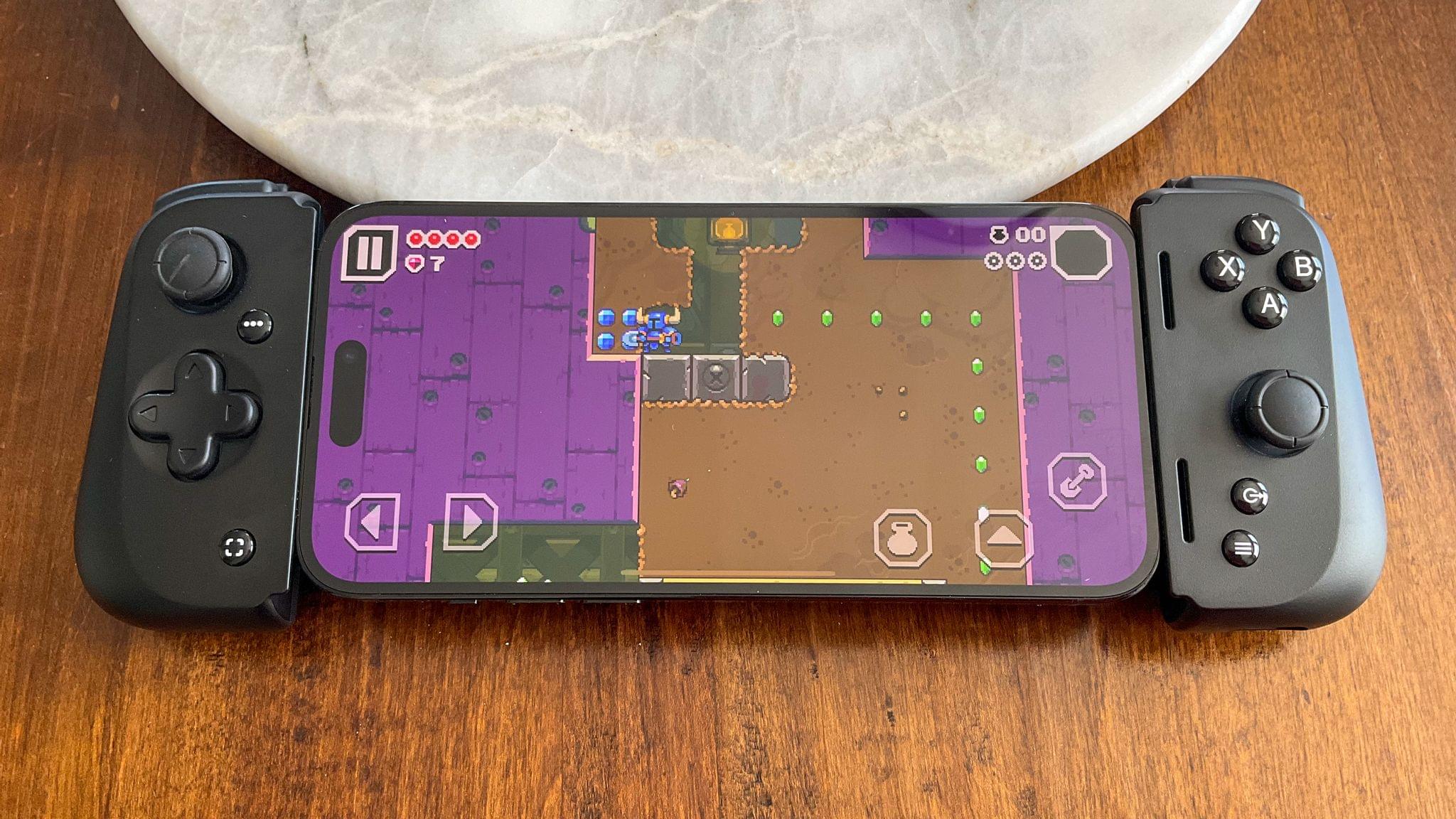 When I look at the innovation happening in handheld gaming at all levels with devices like the Analogue Pocket and Steam Deck, I can’t help but wonder, “What if Apple really jumped into the videogame market and put the power of its hardware and software design teams behind devices that could play everything from Candy Crush Saga to Elden Ring?” Apple hasn’t, and I don’t expect it will, but every time I use my iPhone, I look at its gorgeous ProMotion OLED display and want to use it for more than the gaming experiences that the App Store offers.

That said, there is still gaming fun to be had on the iPhone. For me, that occasionally takes the form of an Apple Arcade game like the excellent Shovel Knight Dig that was released on the service last week, and I’ll cover this week on MacStories Unwind. Other times, it’s an indie platformer like the Dadish series or a classic Nintendo handheld game via Delta. With a fast enough WiFi connection, I’ve even found myself streaming games from my Xbox Series X, Microsoft Game Pass, and PlayStation 5. It’s not everything I think gaming could be on the iPhone, but it’s not bad either.

Despite Apple’s perplexing relationship with videogames, the last few years have seen the company expand controller support, which has gradually led to an increase in support among developers. That, in turn, has prompted me to try a lot of different controllers and conclude that with the iPhone, nothing beats an integrated Nintendo Switch-style controller solution. The first one I tried was the Backbone One, and it’s been my go-to for a little over a year. It’s a solid controller with an excellent iOS app that serves as a launcher and catalog of games that have controller support.

However, about a year after the Backbone One was released, the iPhone 13 Pro and Pro Max were released with their chunky camera bump. That required Backbone to ship customers a plastic adapter that now comes in the box with the Backbone One. Although the adapter works, it doesn’t stay in place very well, especially on the earliest versions of the Backbone One, so I’m a little surprised the company still hasn’t redesigned the controller to avoid the issue altogether. 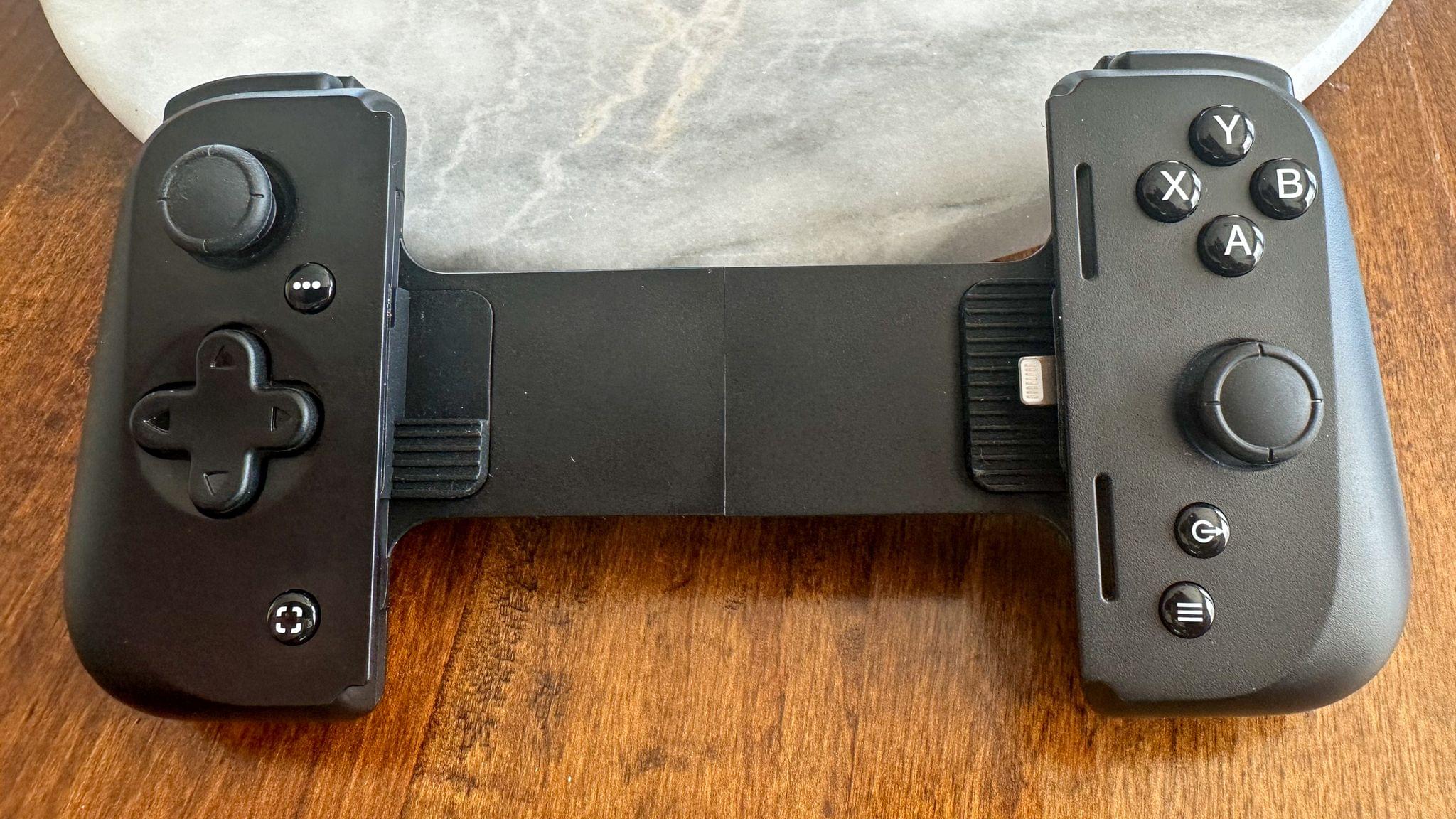 That experience was on my mind when I heard the Razer Kishi V2 had been released shortly before Apple’s iPhone event. Razer sent me the Kishi to test shortly before I got my iPhone 14 Pro Max, and I wondered if the controller would meet a similar fate. Fortunately for Razer, the even larger iPhone 14 Pro and Pro Max camera bump works with the device’s design.

The Kishi V2 is a spring-loaded bracket that fits around the ends of your iPhone and connects to its Lightning port. Each end of the bracket features half of a controller similar to the Nintendo Switch’s Joy-Con, but with a layout that’s closer to an Xbox controller. 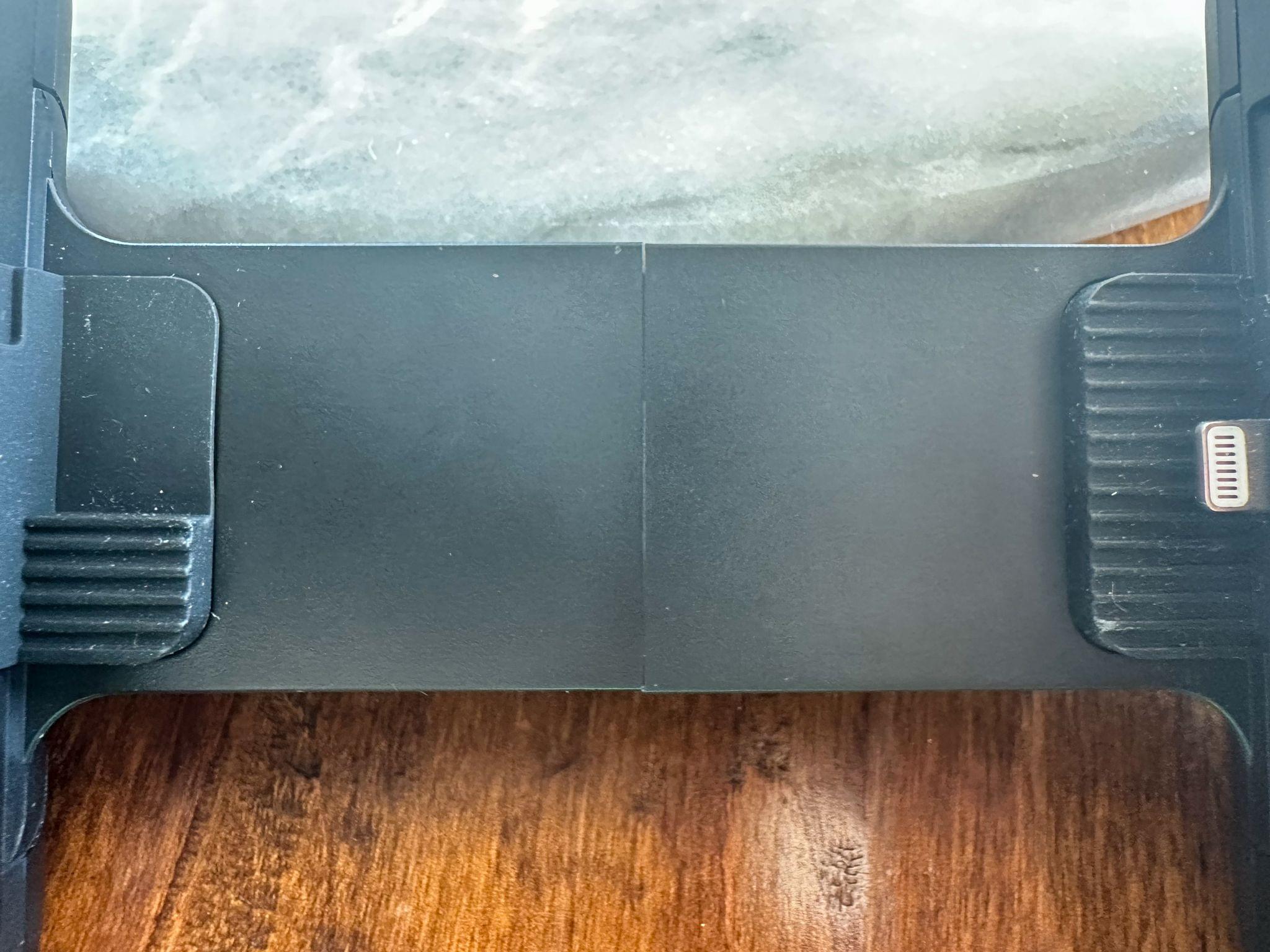 Like the Backbone One, the Kishi V2 has rubber inserts that help hold your iPhone in place and make room for the camera bump. The inserts can be removed, which allows the Kishi to be used with some iPhone cases, which isn’t an option with any of the cases I’ve tried with the Backbone One. I’ve tried the Kishi with my old iPhone 13 Pro Max in Apple’s leather case, and with the Kishi’s rubber inserts removed, it fits perfectly. 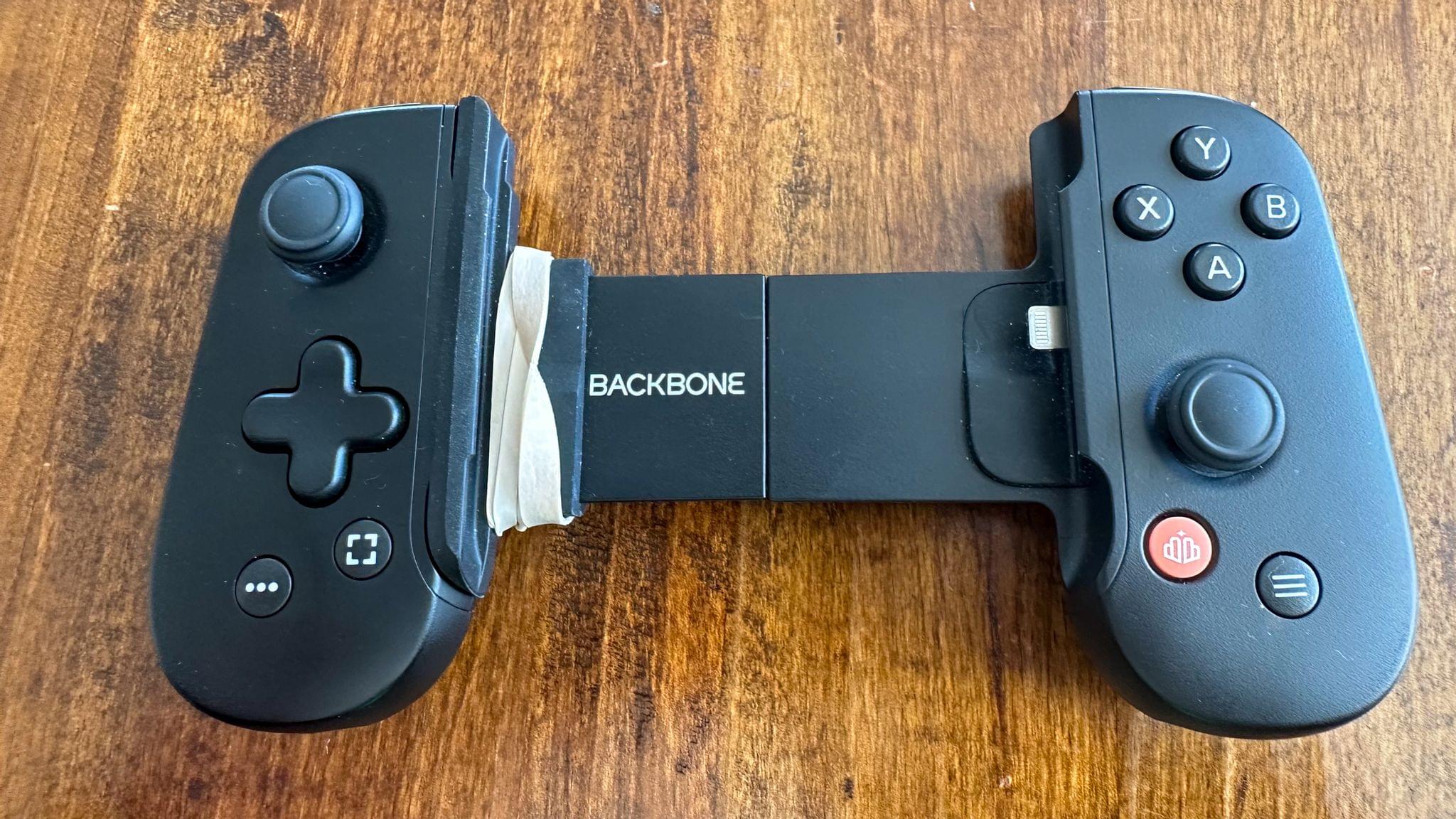 My original Backbone One’s adapter is so loose, I use a rubber band to hold it in place.

In my testing, the Kishi’s rubber inserts are more secure than the Backbone One’s adapter too. On my original Backbone One, the bracket was so loose that I had to hold it in place with a rubber band when I wasn’t using it. I haven’t felt the need to do that sort of thing at all with the Kishi, which has small tabs that fit into the device’s frame. 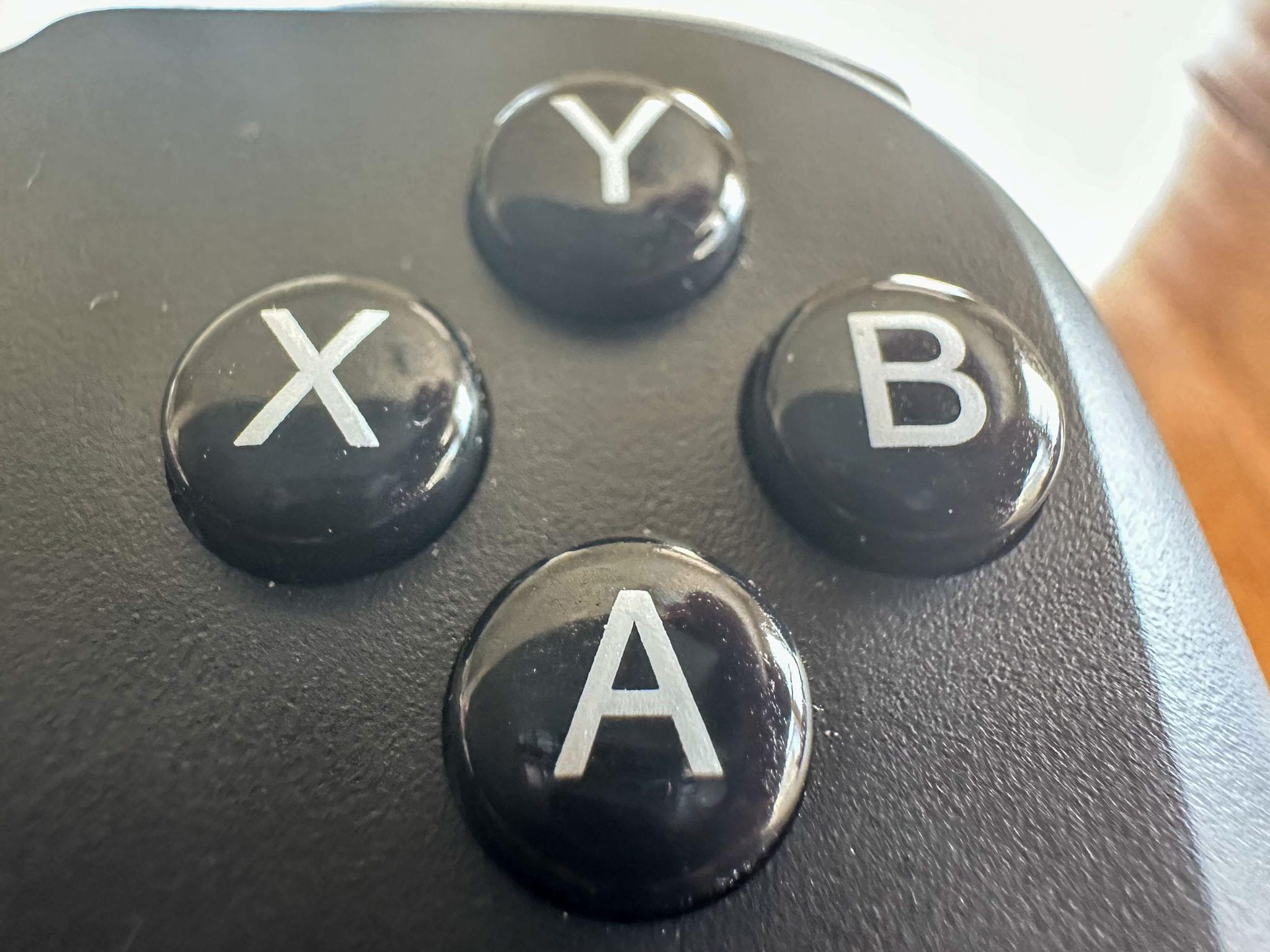 The Kishi uses domed buttons in a tighter cluster than the Backbone One.

The Kishi has A, B, X, and Y buttons, two thumbsticks, a D-pad, two triggers, two shoulder buttons, and smaller function buttons for screen recording, accessing the Razer Nexus app, and opening in-game menus, all of which you’d expect from a modern controller. The Kishi also has L4 and R4 buttons, which are small buttons that sit next to and are slightly taller than the triggers and can be mapped to perform combinations of other controls using the Razer Kishi’s Nexus app. The L4 and R4 buttons are an interesting addition that open up the option to simplify difficult button combinations or tedious tasks. The Razer Kishi also has a Lightning connector at the end of one of its grips for charging while playing. Unlike the Backbone One, though, the Razer Kishi V2 doesn’t include a headphone jack, which is a shame but not a huge omission.

The nicest thing I can say about Razer’s Nexus app is that it works to launch games.

The other component of the Razer Kishi is its software. Like the Backbone One’s app, Nexus remembers the games you’ve played while it’s connected, making it easy to jump back into a title. Nexus also features an uninspired collection of game recommendations, which consist of a handful of big-name titles swimming in a sea of obscure mobile games. The app’s hamburger menu is where you’ll find its settings to program the L4 and R4 buttons.

I’ve been playing a variety of games on the Razer Kishi V2 for about 10 days, and in general, it’s an excellent controller. Thanks to the fact that it connects via Lightning to your iPhone, the Kishi is fast and responsive. It’s also solidly built and includes a textured pattern on the back of the grips that feel good in the hand. 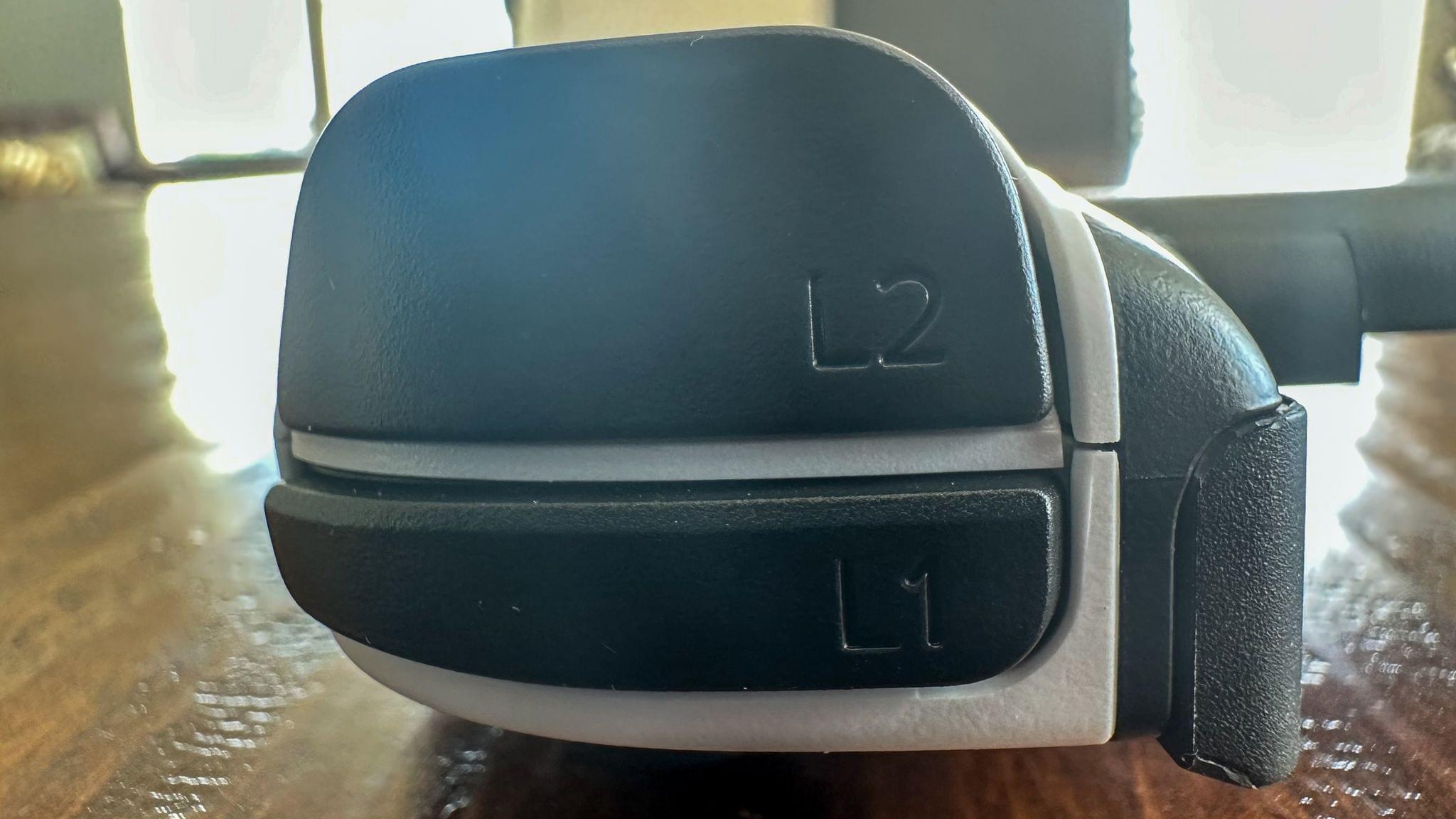 The Backbone One has full-sized triggers. 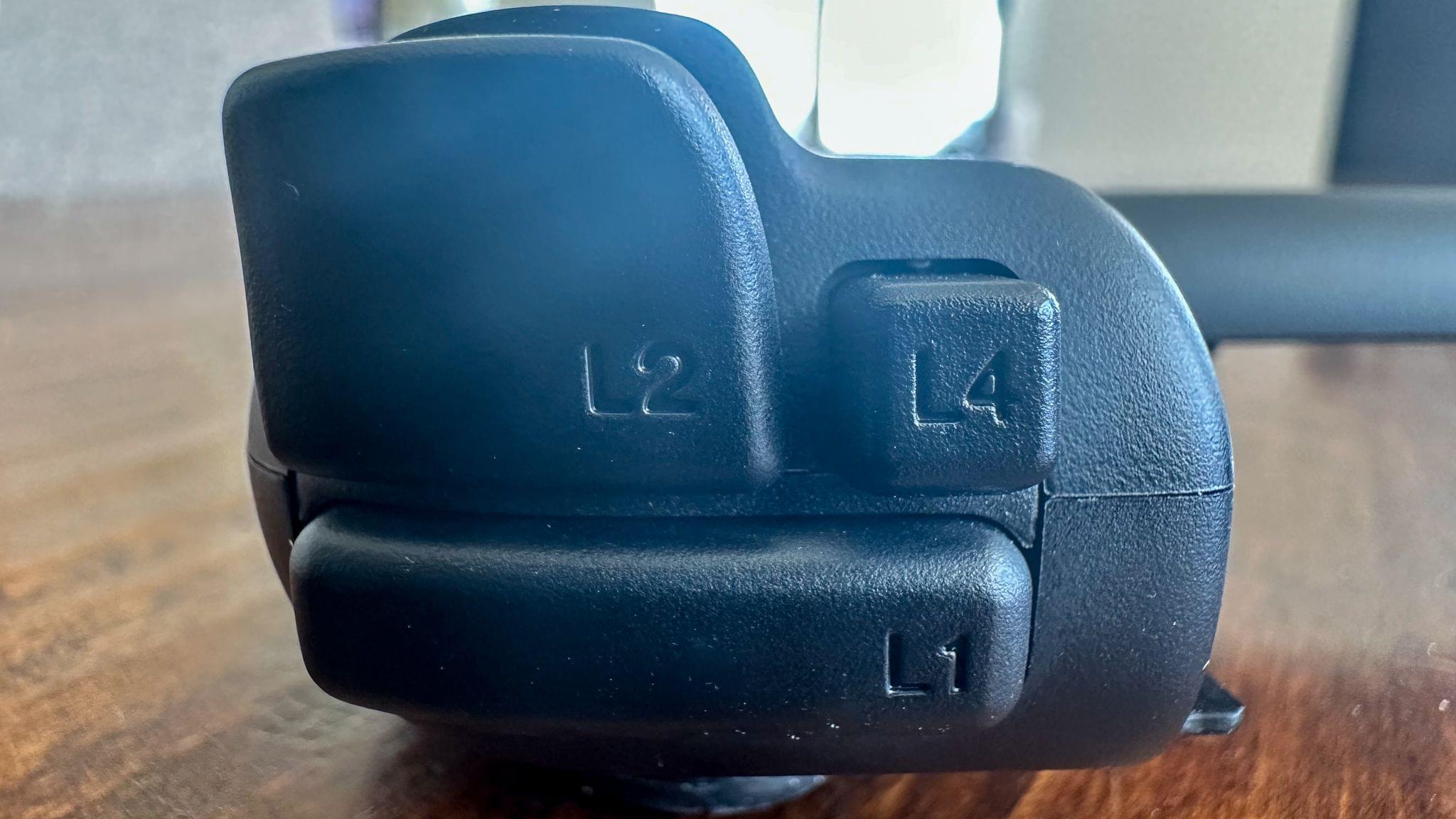 The Kishi’s programmable L4 and R4 buttons required it to shrink the controller’s triggers.

The Kishi’s triggers have more throw and a little more tension than the Backbone One, which I also like, but are smaller because of the L4 and R4 buttons and louder than the BackBone One’s triggers. Was it worth sacrificing part of each trigger for the L4 and R4 buttons? I guess that depends on whether you have games where they’d be useful, but personally, it’s not something I’ve ever wished for in an iOS controller.

The Kishi V2 also has the advantage of working with at least some iPhone cases, whereas you’ll always have to take your iPhone out of its case to use the Backbone One. However, if you want to use wired headphones or are looking for a superior companion iOS app, you’re better off with the Backbone One. On balance, I personally prefer the Backbone One, but it’s a very close call. The hardware is slightly more to my taste in some areas, and the app is much nicer to use. That said, these are both excellent controllers that retail for the same price ($99.99), which makes the decision between them one that comes down to personal preferences more than anything else. Whichever way you go, though, you’ll enjoy a solid gaming experience.