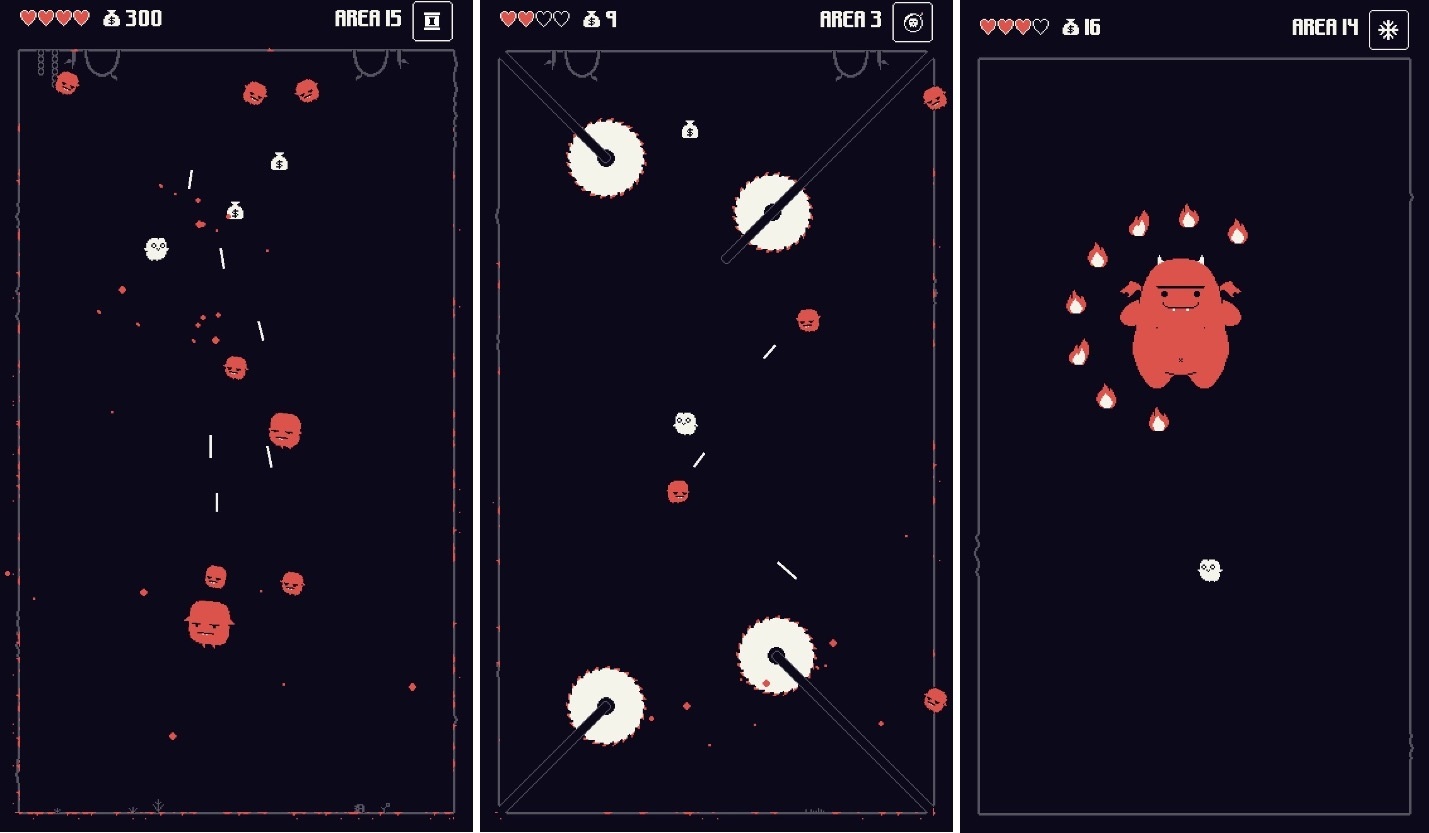 Sometimes the best distraction from a frantic and chaotic day is an even more frantic and chaotic game. Fowlst, which developer CatCup Games, describes as ‘an action game about an owl that is trapped in Hell for some reason’ is perfect for just such an occasion.

Fowlst is an arcade-style action, dodging game. You play as the owl, pursued by demons that shoot lasers at you while you try to avoid buzzsaws, fire, and other obstacles. The game gets crazy fast.

The mechanics remind me of Don’t Grind, one of my favorite arcade-style games released last year. You control your owl by tapping on the left and right-hand sides of the screen, which makes your owl fly in a bouncy kind of way in the direction of your taps. The controls purposefully require a careful coordination of left and right taps to navigate your owl. Power-ups are activated by swiping up on the screen. It’s a simple control scheme that makes Fowlst easy to pick up and start playing, but difficult to master.

Demons are defeated by colliding with them before you run out of hearts from being hit by lasers or other obstacles. Unlike Don’t Grind, you don’t have to keep your owl aloft constantly. You can rest on the bottom of any stage or a perch, but constantly moving helps make it harder for the demons to get you. There are also periodic bosses theoughout the game to mix up the pace of the action.

When you defeat a demon, it’s replaced with a floating sack of money and occasionally a heart or power-up that disappears after a few seconds. To collect items, you need to steer your owl into them while simultaneously dealing with other demons and obstacles. The cash you collect can be spent to upgrade your owl with health and weapons.

The game ends when you run out of hearts. Fowlst then tallies the money you collected, the number of levels cleared and shows how you did compared to your high score, which has the effect of making the game wonderfully-compulsive to play. Fowlst keeps things interesting by randomizing the levels you are presented each time you play through. It’s a carefully struck balance that keeps the gameplay familiar enough to avoid frustration but also avoids becoming monotonous.

Fowlst combines its arcade action with pixelated art, a complementary chiptune soundtrack, and lots of ‘pew-pew’ laser sound effects. The result is an addictive arcade game that has almost no learning curve and is easy to pick up and play for short periods of time but is difficult to master and hard to put down. It’s a perfect combination for a mobile game, making Fowlst a title I’m going to be returning to often.

Fowlst is available on the App Store.