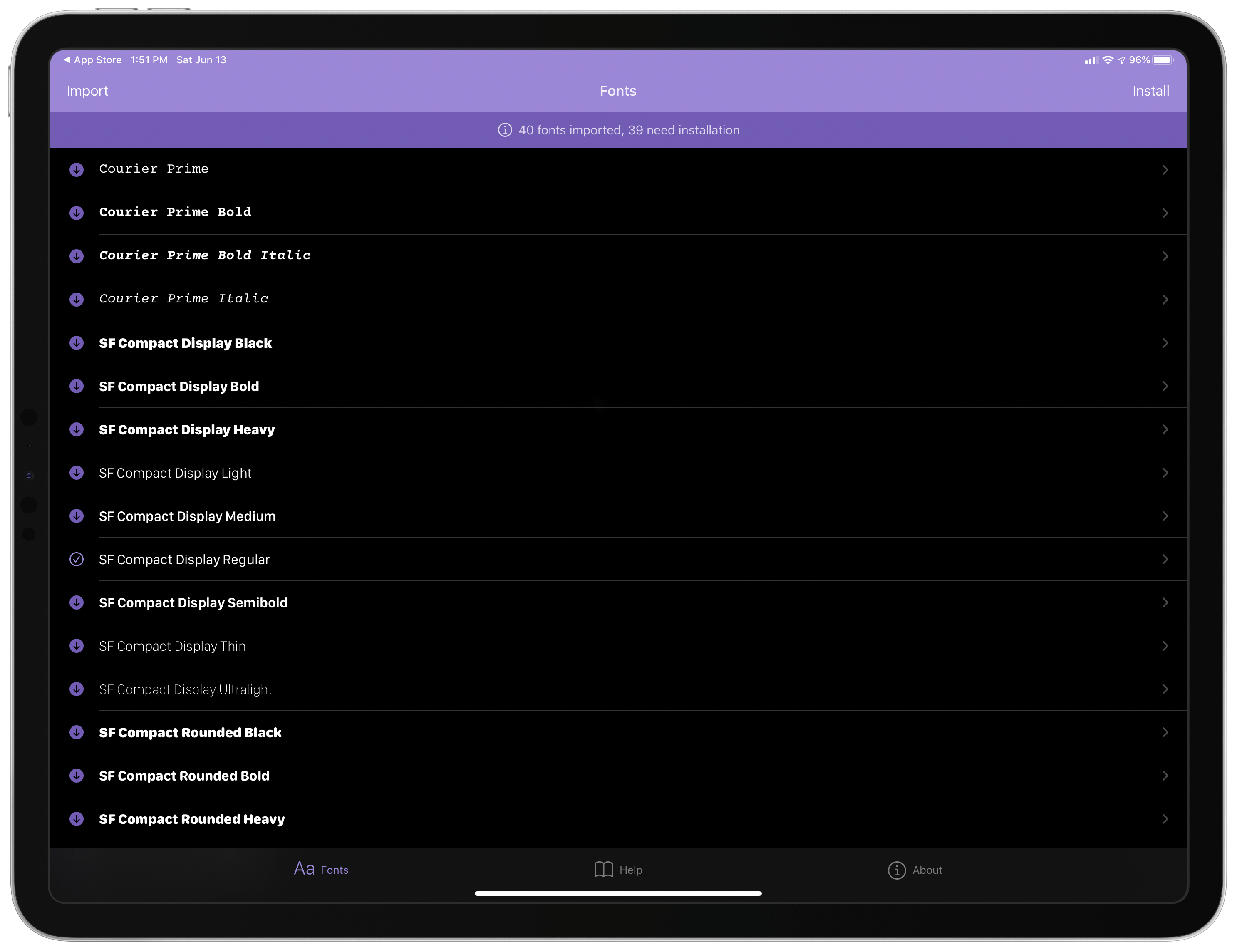 On Friday, The Iconfactory announced that it has collaborated with Manolo Sañudo, the developer of open-source font installation utility xFonts, on a new version of the app, which has been renamed Fontcase. The app greatly simplifies the process of installing custom fonts on iOS and iPadOS. Fontcase isn’t the first utility to do this. However, Fontcase has the advantage of being free and open-source, which should provide users confidence that it’s secure.

Security is an issue with font installers because they require a configuration profile to be installed in the Settings → General section of your iPhone or iPad. Configuration profiles can control important aspects of iOS and iPadOS that could be misused. Because Fontcase is open source, its code is publicly available for anyone to review to make sure it isn’t doing anything unexpected. However, even if you don’t review the code yourself, the mere fact that it is publicly available provides some comfort that someone else has done so. 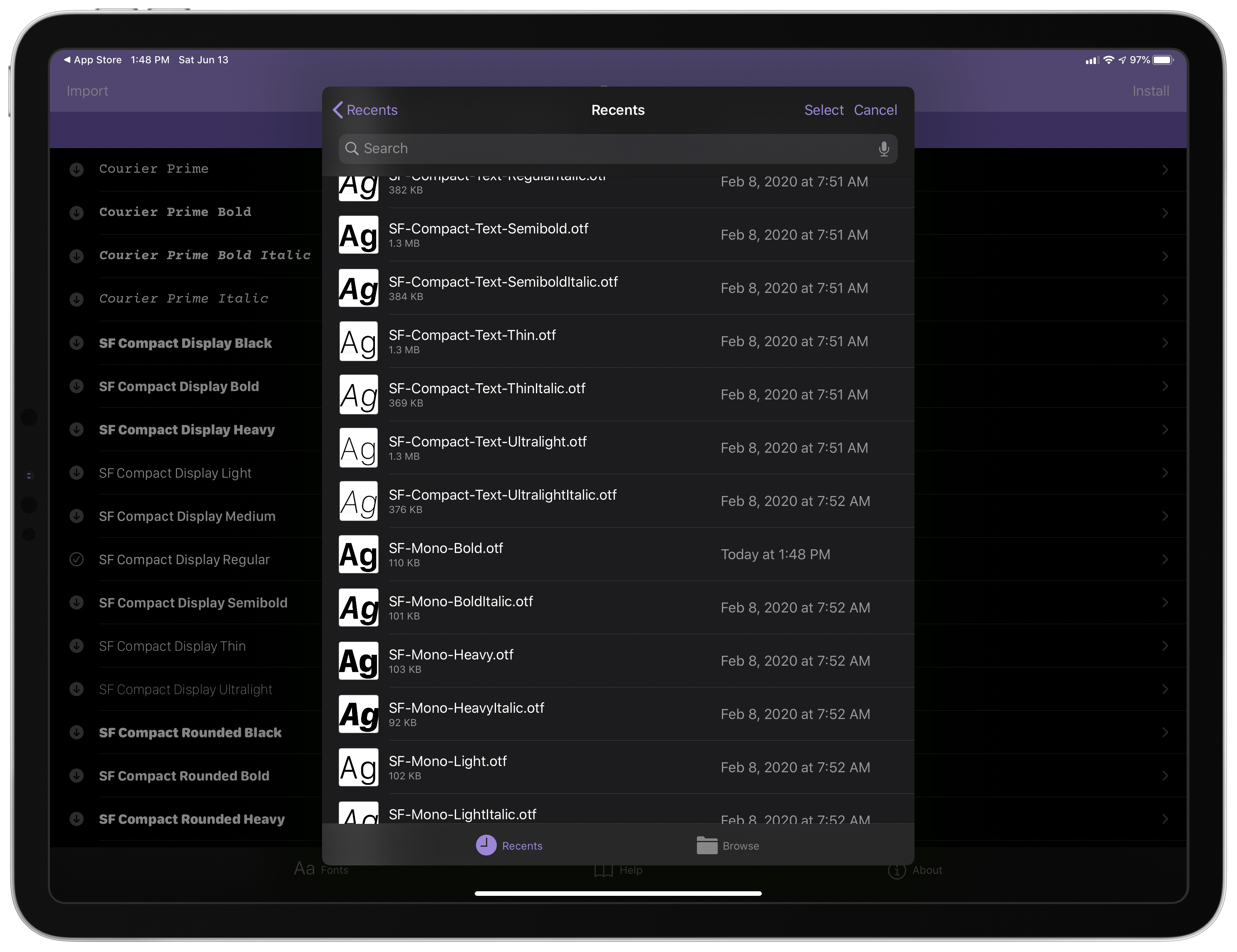 You’ll spend most of your time in Fontcase’s Fonts tab, which is controlled by two buttons marked Import and Install. Import takes advantage of the document browser feature of iOS and iPadOS, opening the familiar Files UI for navigating to a folder in iCloud Drive, Dropbox, or another file provider where you have fonts saved that you want to install. Select the fonts you want and tap Open, and they will appear in Fontcase’s UI using the font itself to provide users with a mini-preview. 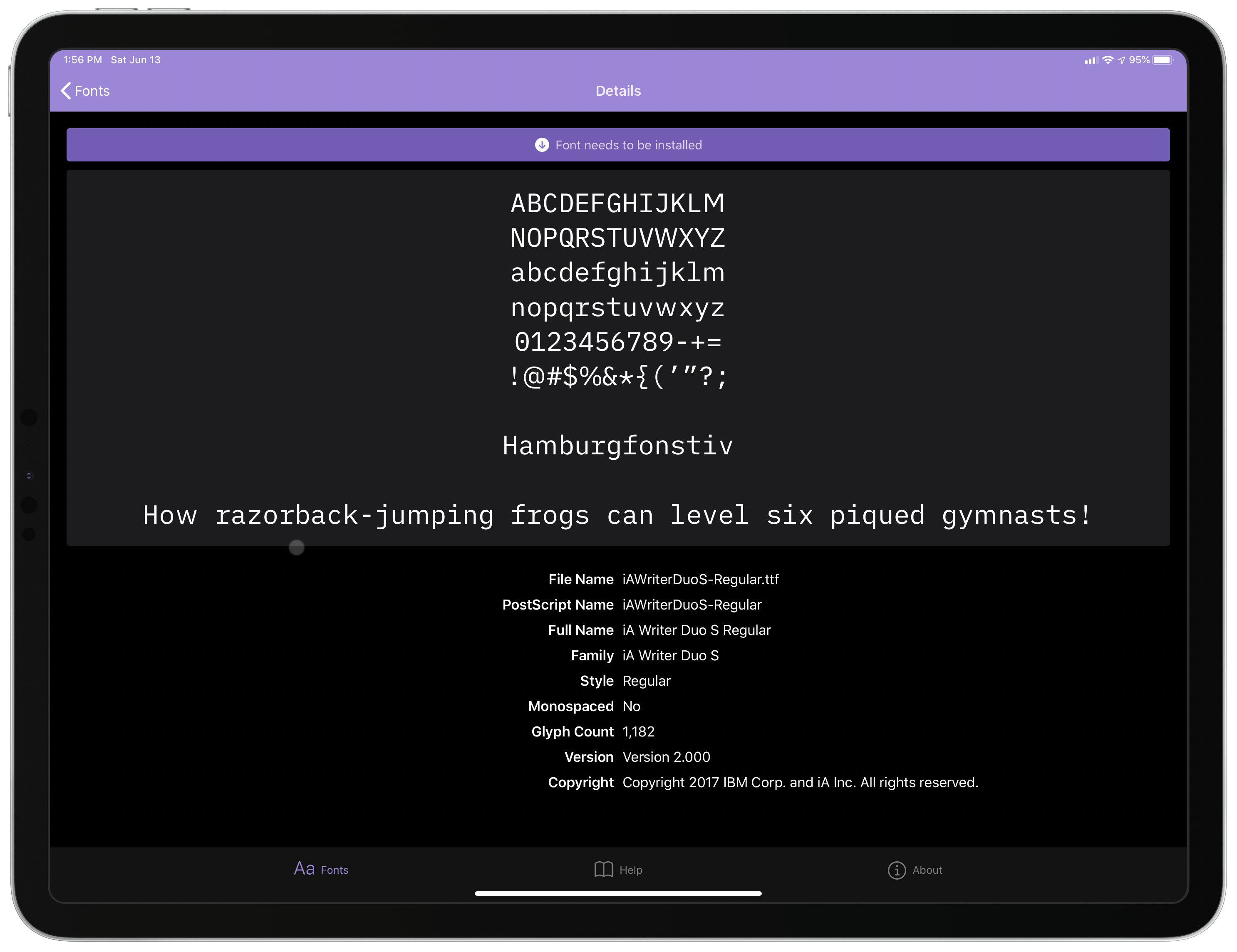 Tap any font you’ve imported to see metadata and a preview.

Tap on a font imported into Fontcase, and the app displays metadata about it along with a full preview of the font. On the iPhone, this makes sense, but it’s too bad that on the iPad, Fontcase doesn’t make use of a list and detailed view layout for the preview of fonts. Instead, there’s a vast empty space on the right-hand side of the iPad UI.

Once you’re ready to install your collection of fonts, tap Install, which bundles all of the fonts you’ve imported into a single configuration profile. Tap Download Fonts, and the profile is saved and ready for installation in Settings → General → Profiles. Tap on the Fontcase Installation profile in the Downloaded Profile section and follow the prompts to finalize the installation. Once installed, the fonts will be available alongside the system-provided fonts in apps like The Iconfactory’s Tot, as well as many other apps that support custom fonts, including Apple’s own Pages.

It’s nice to see The Iconfactory contributing to an open-source project to provide a safe and simple way to add fonts to iOS and iPadOS. If you’re looking for good writing fonts to try with the app, I like iA Writer’s Duo font and Courier Prime, both of which are available to download for free.

Fontcase is available as a free download on the App Store and is compatible with the iPhone and iPad.