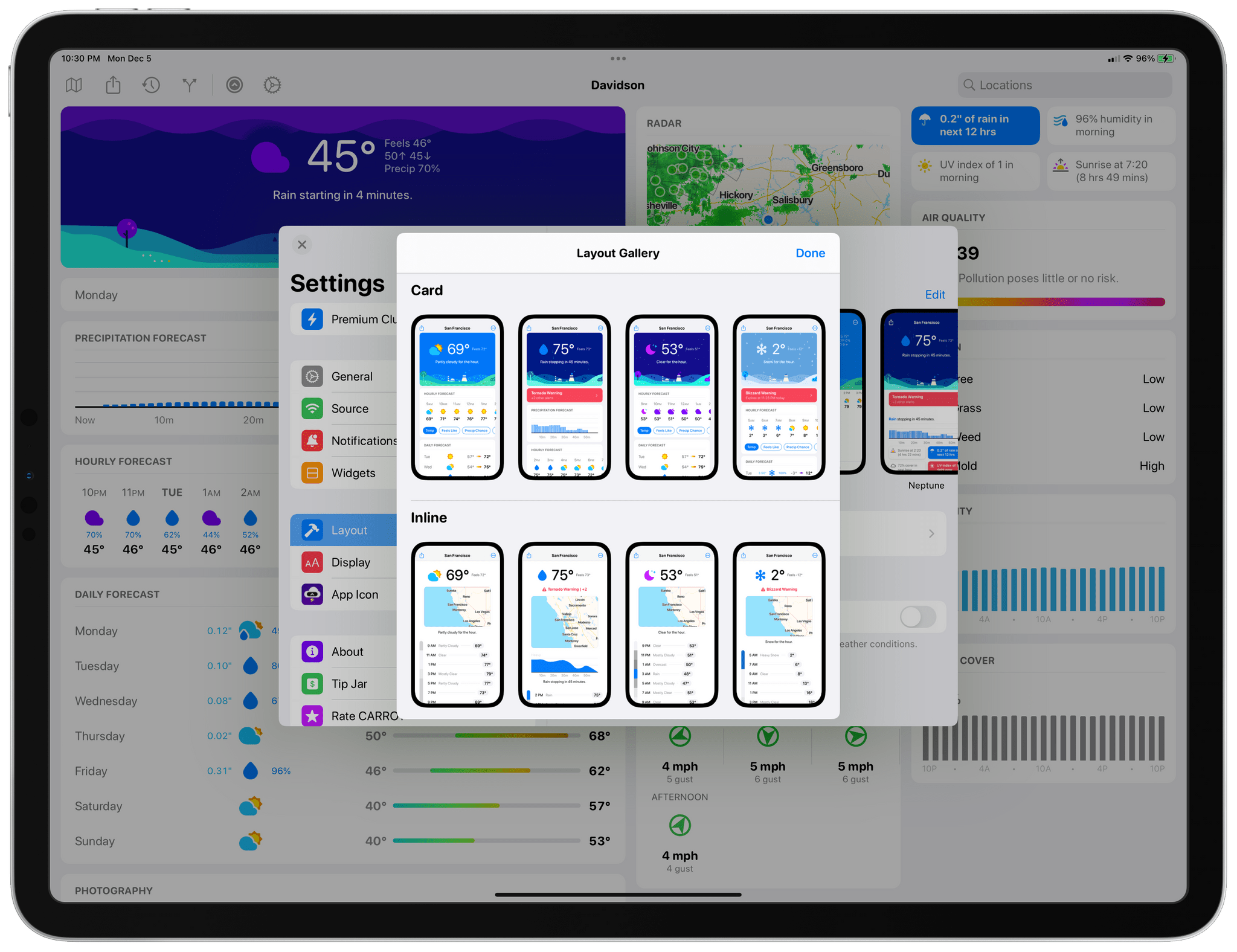 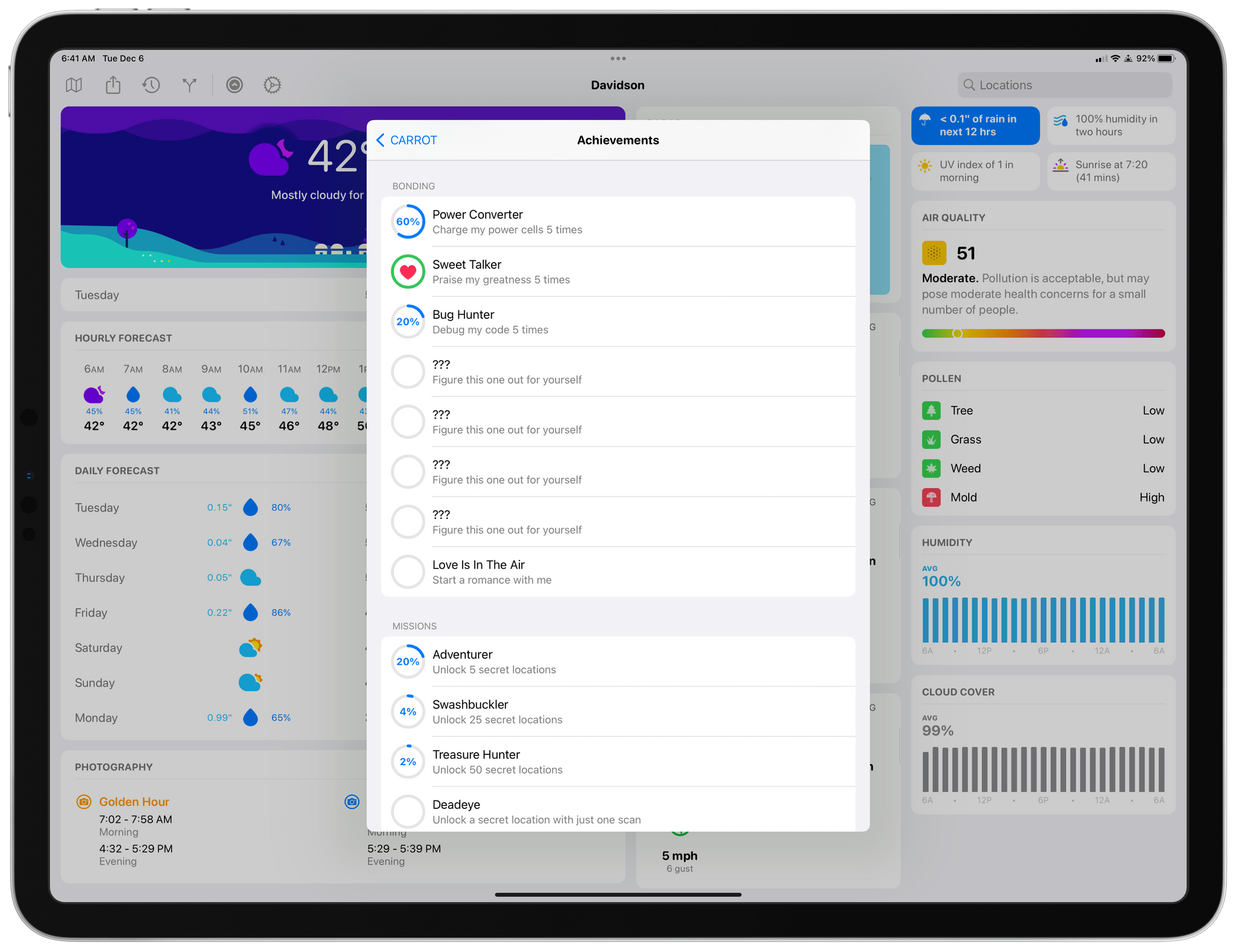 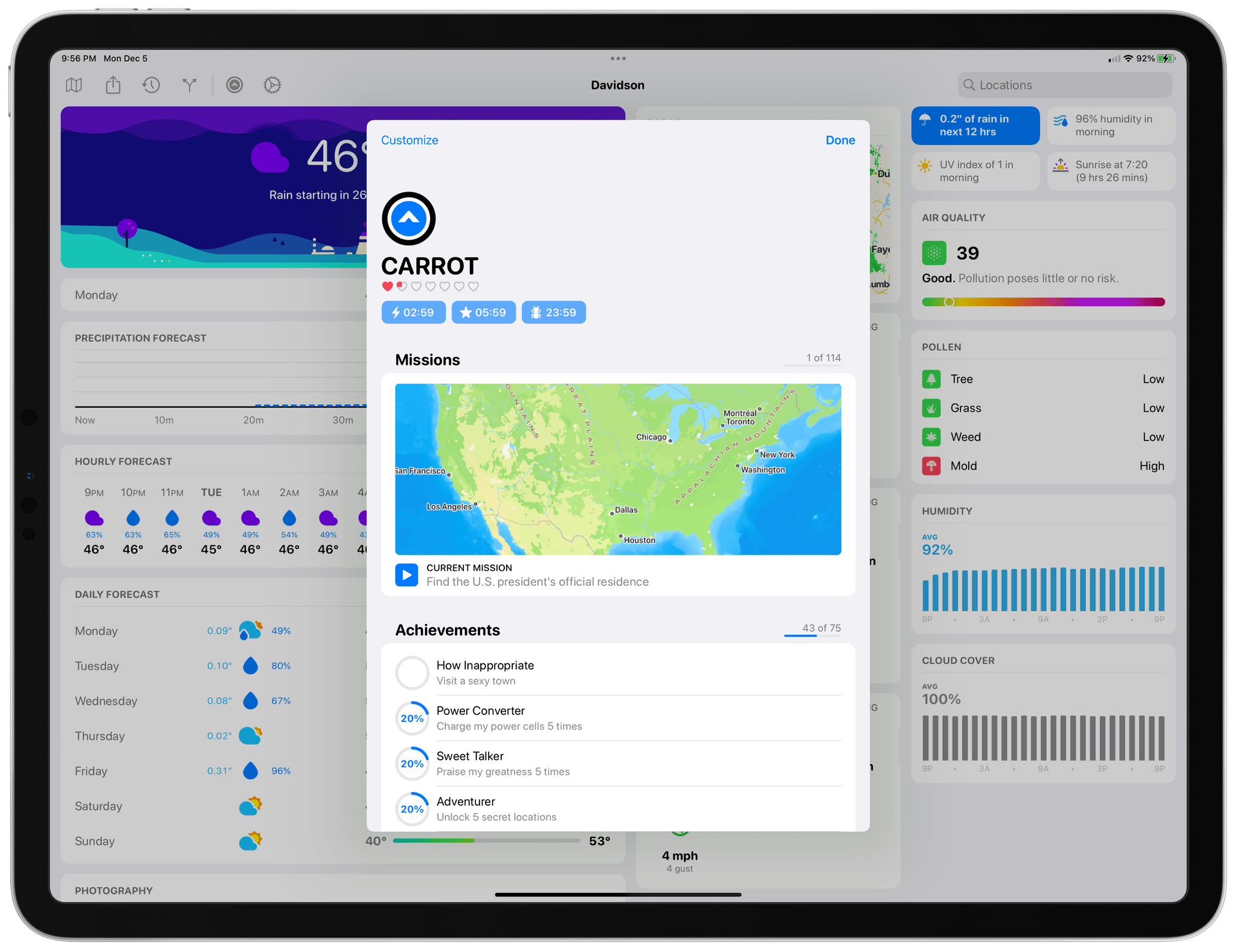 Live Activities have been expanded in CARROT Weather too. When the feature launched with iOS and iPadOS 16, it only supported rainfall. Now, however, snow storms and other precipitation will be tracked on the Dynamic Island and Lock Screen. Another nice addition to today’s update is the introduction of a redesigned layout section. The section is now organized by type of layout, and each layout is interactive, allowing you to scroll through it to see all of the included components. That may seem like a small change, but it makes deciding on a base layout you can then tweak much faster than before. 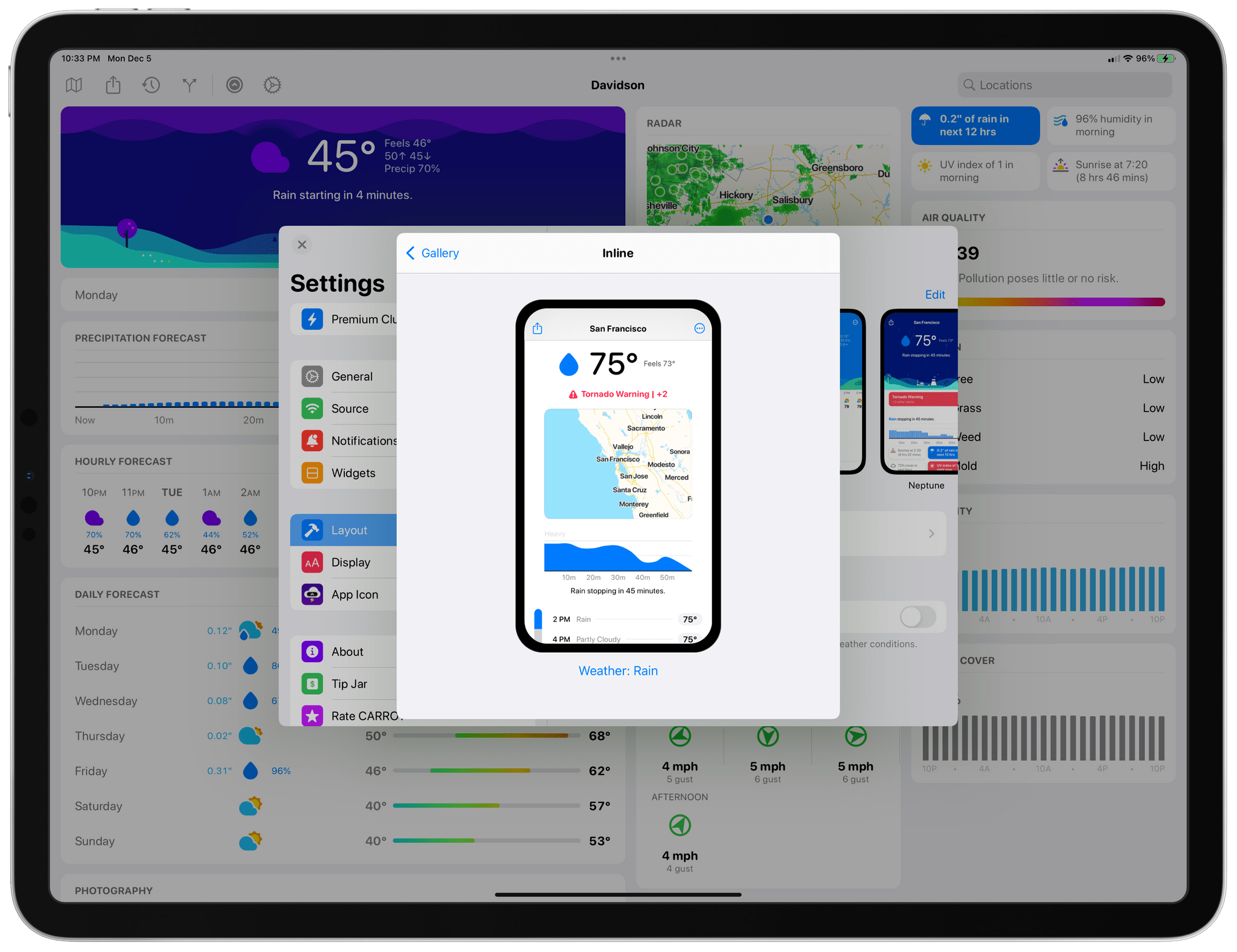 There’s also a new ‘inline’ layout type that uses vertically oriented charts to display weather data. I’m personally not a big fan of vertical charts like this because of the scrolling they require, but they do a nice job of visualizing changing conditions, and Mueller says he’s gotten a lot of requests for layouts like these. Finally, weather maps have added animated wind particles to visualize storms and other events. I’ve been a CARROT Weather subscriber for a long time and have been blown away by what Brian Mueller has done to create such a rich, customizable experience for his app’s users. CARROT Weather has become the deepest weather app I’ve ever used from the standpoint of the data it offers, its customization, and its personality. Come for the new layouts with version 5.9, but stay and have some fun with CARROT. You’ll have a blast.

CARROT Weather 5.9 is available as a free update to existing users. Some of the app’s features require one of its subscriptions.