App Journal is a new series aimed at showcasing apps we have enjoyed using on our iPhones, iPads, and Macs, but decided not to feature in a standalone, lengthy review here on MacStories. Sometimes, an app is so simple, so focused on one task that a full review in our typical format would be unnecessary. But at the same time, we felt like we needed a way to get the word out about these little gems, other than a quick tweet or footnote on #MacStoriesDeals.

Think of App Journal as a mix of classic reviews, weekly app recommendations, and a diary of our experiences with apps that still deserve a proper mention. Because after all, that’s what we love: talking about great software.

In Episode 1 of App Journal, I take a look at Writron for iPhone, Tempus and BillMinder. Stay tuned for new App Journal episodes in the next weeks.

Writron is an app I found on the App Store last week and bought because of its simple, elegant icon and price tag. Admittedly, these are two factors that contribute to impulsive app-buying when iTunes credit is available, and curiosity takes over. Writron is a “text input tool” that can forward text to other apps and online services. That’s it. Once you’ve written some text using the app, you can tap & hold the sharing button to send it to Mail, Twitterrific, or other services supported with Mobile Safari such as Google, Evernote, Twitter, and Wikipedia. You can edit the “send to” menu to include options like Maps, Google Translate, Wikipanion, Wiktionary, and Twitter for iPhone. Additional templates will be added periodically and can be downloaded within the app.

Writron achieves two goals: it’s a text input tool with a heavy sharing component. And whilst sharing isn’t too dissimilar from what other apps like Note & Share offer, the writing experience is quite different. Writron comes with a toolbar between the keyboard and the text field; this toolbar has buttons to share, paste, cut, undo and redo, increase/decrease font size and move the iOS’ default cursor. Whereas tapping on these buttons triggers their basic functionality, Writron’s full potential is unlocked when you “tap, hold, and slide”. Here’s an example: tapping and holding the undo button will get you access to a scrollable timeline of words you typed, which you can control by sliding your finger across the toolbar itself. You don’t see a list of previously typed words and letters when you do so – instead, Writron directly manipulates text as you slide you finger back and forth through history, letting you know when you’re “out of undos and redos”. The same sliding concept applies to the “move cursor” action: you can tap on it to select a word, an entire sentence, or move to the beginning of your text, but it’s when you begin sliding that you’ll notice Writron can freely move the cursor between letters according to your finger’s movement. It’s seriously cool. 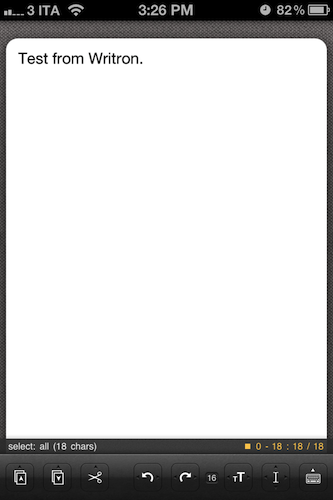 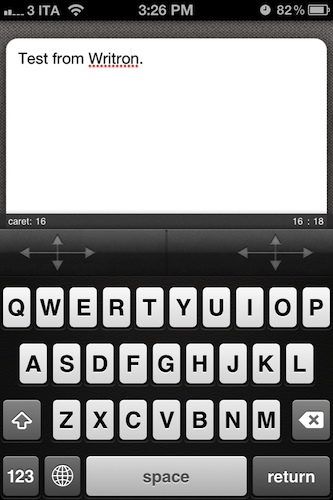 Writron may not revolutionize your workflow but it’s a neat little app that I’m sure will have its own passionate niche of aficionados. Writron is only $0.99 on the App Store.

Tempus is the new old Calvetica. I chuckled when I thought about such marketing tagline, but it’s quite true. After a much criticized Calvetica 4.0 launch, the Mysterious Trousers developers decided to go back to the drawing board and reconsider their choice of turning Calvetica into a full-featured, perhaps even “complicated” calendar app that could appeal a relatively small subset of users. The initial result was Notvetica/Calvetica Classic, a weird re-distribution of Calvetica 3.x aimed at making those unhappy with the recent 4.x update, well, happy. The developers luckily realized keeping an old version available just to please angry customers is a bad idea, so they completely re-engineered the ideas behind the original Calvetica to create Tempus, another calendar app that’s heavily inspired by Calvetica and Agenda, which I reviewed here.

Unlike Calvetica 4, in Tempus’ interface it feels like there’s finally some room to breathe. The app is focused on a) making the creation of events super-simple and b) offering an uncluttered view of months and weeks so you won’t be distracted by UI chrome (which is largely non-existent) and toolbars. There are no toolbars in Tempus, just month/week views (scrollable) and buttons to add events, and open the settings. The settings and the “add new event” screen remind me of the old Calvetica, which is good. The use of whitespace and Helvetica, support for swipe gestures and easy-to-understand iPad interface make for an elegant, intuitive experience that, for my calendar needs, is superior to the new Calvetica (which I see as overly complex). 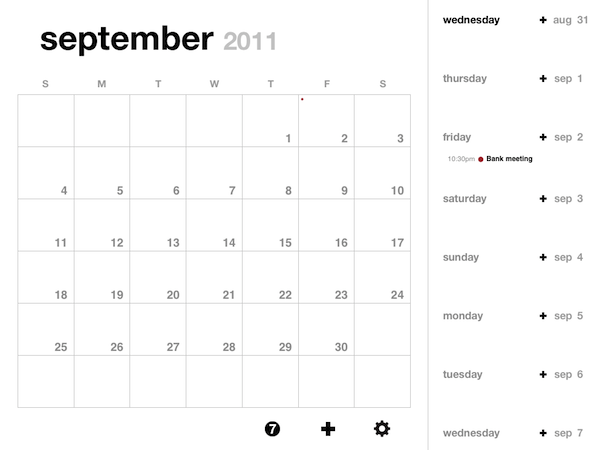 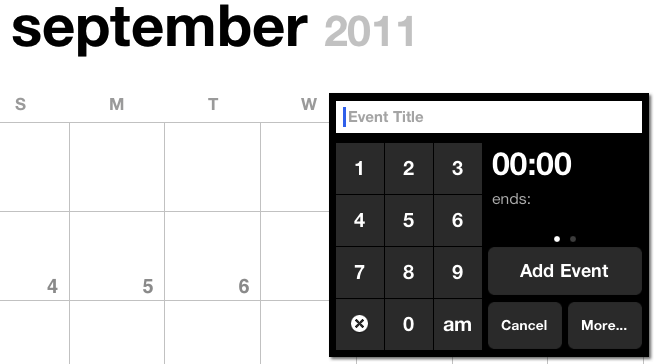 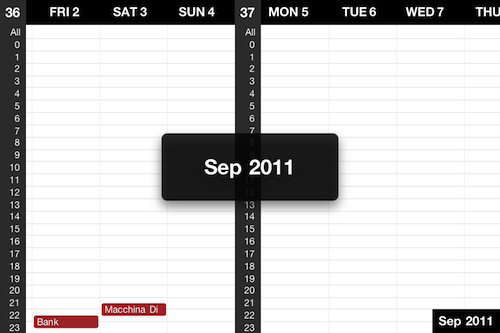 I’ve always been terrible at keeping track of expenses and bills using “popular” methods such as spreadsheets and online banking tools. I recently switched to a combination of outlines in OmniOutliner (for personal and work-related expenses) and BillMinder, and couldn’t be more satisfied. BillMinder comes as two separate apps for the iPhone ($1.99) and iPad ($4.99). I don’t like the fact that it’s not universal, but the app is worth more than the sum of its versions anyway. See, BillMinder comes with some pretty advanced options in its Settings (such as export as CSV, which I know I’ll never use), but for what I need – that is, keeping track of bills and be reminded when they’re due – BillMinder’s “default” behavior and functionality is more than fine. With BillMinder, you create an online account in-app and start entering upcoming bills, filling details like categories, due date, amount, repeats, and alerts. The interface is very simple and well structured. You can set a bill to be auto-paid when the due date comes, and even enter additional contact info and notes.

Upcoming bills are listed in the aptly named Upcoming tab. Calendar provides a quick visual summary of your bills, and you can filter down the view to show only paid or due items – you can also switch to a handy list view if monthly calendar isn’t your thing. Categories come with reports to see what kind of bill took the most money out of your account over time, whilst the Reports tab has a graph and pie chart to better visualize all bills of “all time” or from the past six months.

I like and use BillMinder because it’s focused and always in sync across the iPhone and iPad. I find myself using it more on my iPhone, but the iPad UI is also very nice and informative – it’s just a matter of usage, I guess. With free online sync and data backup to the developers’ secure servers, support for multiple accounts and passcode protection, BillMinder has become my favorite app to keep tabs on my bills. There are many other features that I don’t use in this app, which you can check out on the app’s website. 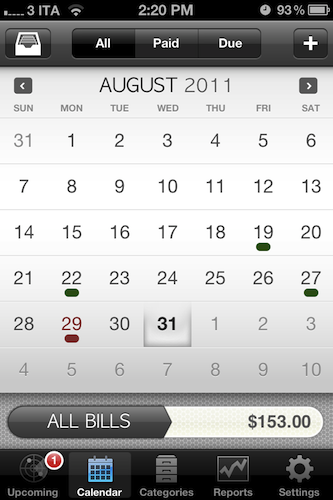