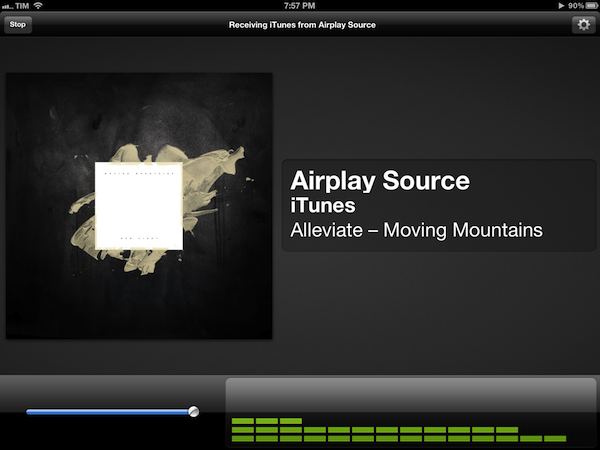 Ever since developers started reverse-engineering the AirPlay protocol that Apple introduced with iOS 4.2 in November 2010, we have seen all kinds of possible implementations of Apple’s streaming technology being ported to a variety of devices, for multiple purposes and scenarios. From tools to turn Macs into AirPlay receivers for audio, video, iOS Mirroring sessions, then a combination of all them, to more or less Apple-approved “AirPlay audio receivers” sold in the App Store, then pulled, then released in Cydia, the past two years have surely been interesting for AirPlay.

When it comes to dealing with audio on my Macs and iOS devices, however, my preference always goes to Rogue Amoeba’s Airfoil. As covered multiple times in the past here on MacStories, Airfoil is a powerful solution from a renowned Mac development studio that allows you to easily control audio sources on your Mac, and organize how audio is sent across your room through Airfoil Speakers, Airfoil Speakers Touch, or a mix of other utilities as I also previously detailed. I love Airfoil, because it just works. And today it gets even better with a major update to Airfoil Speakers Touch, which reaches version 3.0, becomes universal, and adds a $2.99 in-app purchase to turn any iOS device into an AirPlay receiver for audio.

Available for free on the App Store, the new Airfoil Speakers Touch runs beautifully on iPhones or iPads with Retina display. More importantly, it doesn’t require you to send audio to the app exclusively through Airfoil on your computer (more here), as an in-app purchase will unlock the ability to receive audio from iTunes or any AirPlay-enabled iOS app or device. This is neatly illustrated by the in-app purchase unlocking screen inside Airfoil Speakers Touch 3.0. 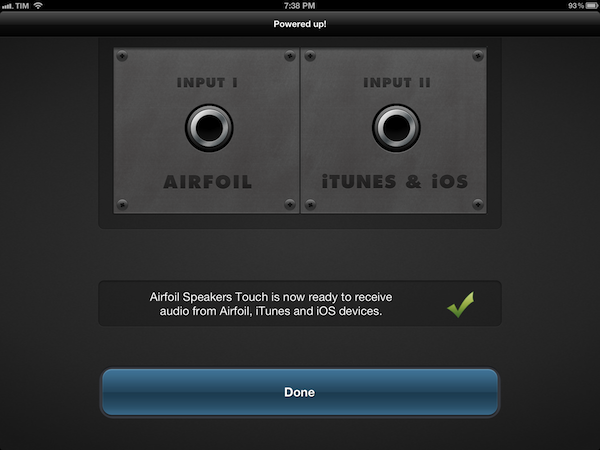 By enabling the “Input II” option, you’ll be able to turn a device running Airfoil Speakers Touch into an AirPlay receiver recognized by iTunes on your computer, iOS apps like Rdio, Spotify or Instacast, or iOS itself through the system-wide playback controls in the multitasking tray. In my tests, Airfoil Speakers Touch 3.0 was correctly recognized by iTunes, iOS 5.1 on iPhones and iPads, and any app that allowed for streaming audio through AirPlay. 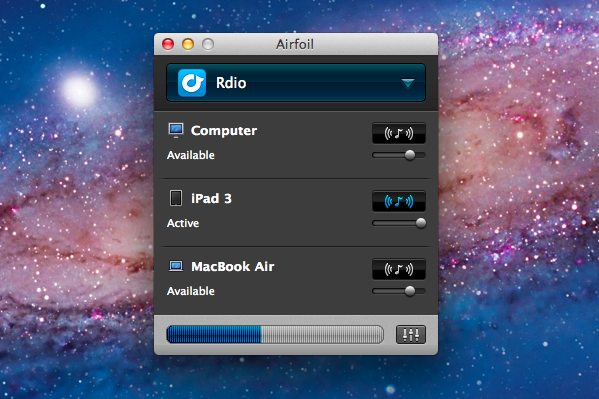 The true potential of Airfoil, obviously, is unlocked when you start combining the various utilities provided by Rogue Amoeba together to build your own personalized wireless audio setup. Whilst I greatly appreciate the support for native AirPlay integration (at $2.99 and in the App Store, it’s a no-brainer), I still like to control audio in my office or living room with a mix of Airfoil, Airfoil Speakers Touch, and Reemote. The latter is a fantastic third-party utility that, connecting to Airfoil on the Mac with a “server” app, allows you to directly control single audio sources and volume levels on iOS. 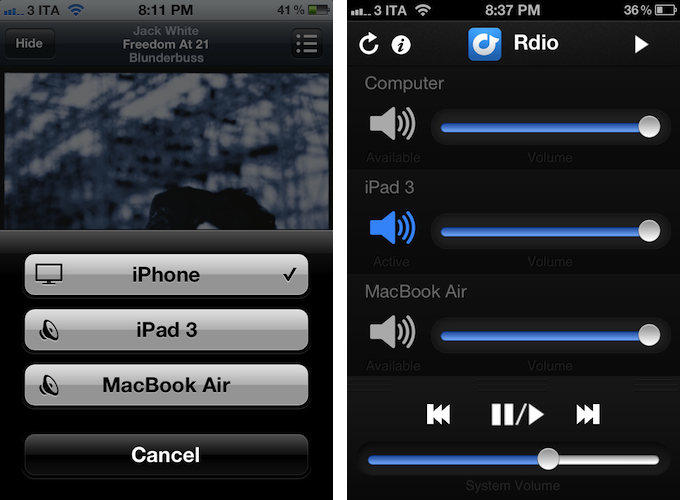 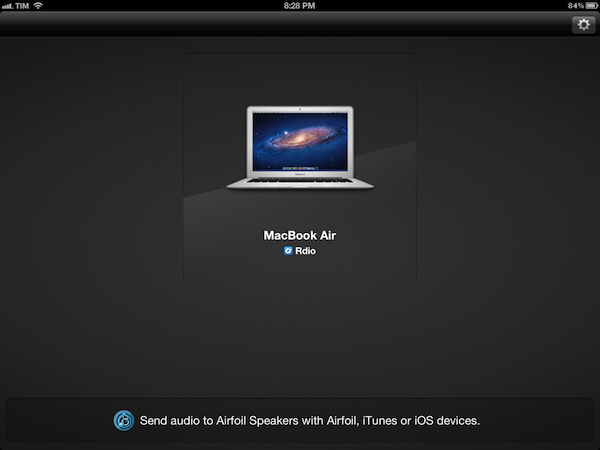 This means that, if I want to simply stream audio from iTunes or iOS to my iPhone and iPad I can use Airfoil’s new input method; if the audio I want to stream, though, comes from apps like Rdio for Mac or QuickTime, I can fire up Airfoil, beam the audio with its InstantOn technology, and control everything – sources and volumes and playback controls – with Reemote for Airfoil. I can even control standalone speakers connected to my Mac if I want to get audio both on my iPad and the external speakers. It’s a wireless audio nerd’s dream setup.

Airfoil is one of my favorite apps ever created for the Mac – one that I immediately install every time I set up a new OS X installation – and now the iOS version has proper AirPlay support through a $2.99 in-app purchase that, ultimately, just works. If you’ve been looking for an easy way to, say, beam iTunes or iPad audio to an iPhone connected to your car’s system, the latest Airfoil Speakers Touch gets the job done. And if your audio listening habits are made of more complex and variegate needs, you can stay assured Airfoil Speakers Touch will equally serve you well thanks to the combination of Rogue Amoeba-made and third-party utilities mentioned above.