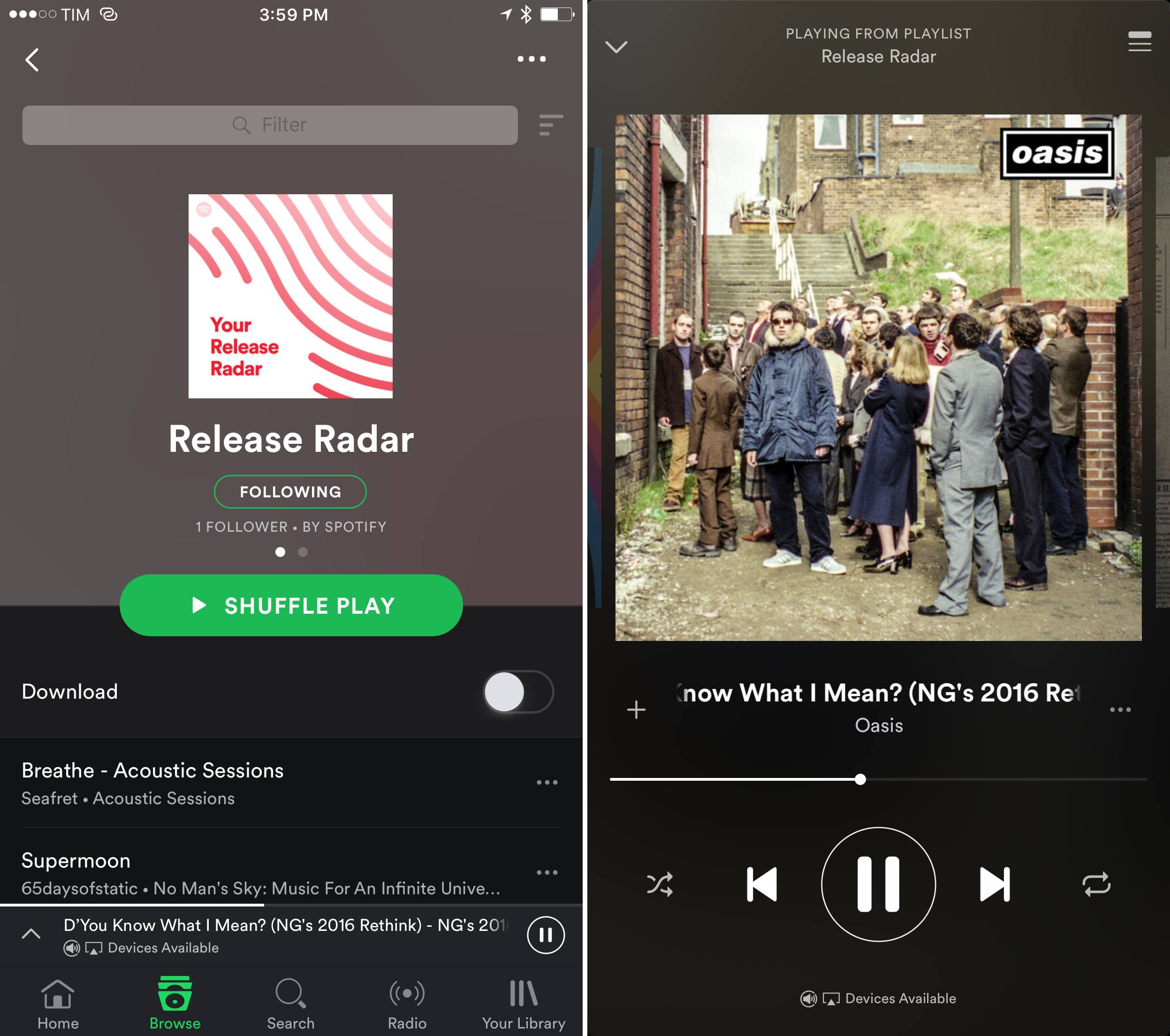 Earlier today, Spotify unveiled Release Radar, an algorithmically-generated playlist updated Friday and designed to recommend new music. Like Discover Weekly, Release Radar tailors suggestions dynamically for your tastes, with the difference that it highlights newly released music from the past few weeks instead of anything you might be interested in. Essentially, Release Radar aims to be Discover Weekly for new song release.

The Verge has more details on how Spotify approached Release Radar after the success of Discover Weekly:

“When a new album drops, we don’t really have much information about it yet, so we don’t have any streaming data or playlisting data, and those are pretty much the two major components that make Discover Weekly work so well,” says Edward Newett, the engineering manager at Spotify in charge of Release Radar. “So some of the innovation happening now for the product is around audio research. We have an audio research team in New York that’s been experimenting with a lot of the newer deep learning techniques where we’re not looking at playlisting and collaborative filtering of users, but instead we’re looking at the actual audio itself.”

As a Discover Weekly fan, I think this is a fantastic idea. Discover Weekly has brought back the joy of discovering new music into my life, but the songs it recommends aren’t necessarily fresh. I can see Release Radar complement Discover Weekly as the week winds down with songs that I don’t know and are also new.

Already in today’s first version of Release Radar, I’ve found some excellent suggestions for songs released in the past two weeks. Spotify has their personalized discovery features down to a science at this point.

Conversely, I’m curious to see what Apple plans to do with their Discovery Mix feature of Apple Music announced at WWDC (shown here with a screenshot). Discovery Mix still hasn’t become available after four betas of iOS 10. I’m intrigued, but also a little skeptical.