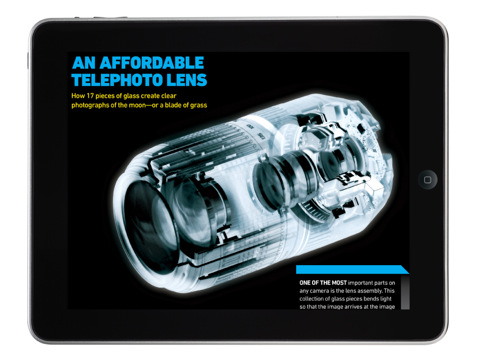 Ever since Apple launched its new subscription system for “publishing apps” in February, there’s been a huge backlash over the implementation of the service itself, which requires publishers to give away 30% of the revenue to Apple (just like every “regular” App Store application) and allows consumers to opt-in for sharing personal data with the publisher. The new policy left many unhappy with Apple’s decision to protect the user’s privacy and ask for the same 30% cut on every subscription sold; plus, the notable rejection of the Readability app raised some questions and doubts over the whole idea of “publishing apps” and software that simply gives access to content published by others. Still, in spite of the debates and speculation, the first numbers are coming in, and they’re rather interesting.

Speaking with AdAge, VP-group publisher at the Bonnier Technology Group Gregg Hano confirmed the Popular Science iPad app sold 10,000 subscriptions since the update six weeks ago that enabled support for Apple’s new in-app subscription technology. And even if Popular Science has 1.2 million print subscribers and the iPad’s numbers are quite low right now, the publication is excited about the possibilities offered by Apple and the iTunes Store.

We really did not have any expectation of what would happen because we’re really pioneers.

We’ve been averaging 10,000 to 12,000 unit sales per month almost since the beginning,” Mr. Hano said. “Now we’re going to be above that in March. We’re inching up over that. And we look forward to continuing to see subscriptions grow. Hopefully people keep testing Popular Science on their tablets and then hopefully come back and subscribing.

The obvious downside, Hano confirms, is that they have so access to subscribers’ data:

We don’t have any information on where the subscribers are coming from or whether or not they are or are not print subscribers,” Mr. Hano said. “Nor do we at this time know the number of people who have opted in to share their data with us.

The Popular Science iPad app is available for free in the App Store and comes with in-app purchases for single issues ($2.99 for old ones, $4.99 for the latest issue) and a $14.99 annual digital subscription. A print subscription to the magazine costs $12.99 on Popular Science’s website. iPad magazines have been struggling with finding a loyal userbase mainly due to complicated subscription systems and clunky user interfaces, so an easy-to-use payment system based on the iTunes Store (Apple has 200 million credit cards on file thanks to iTunes) might really be the first step to get things started and change the way consumers think of digital publications for the iPad. [via The Loop]