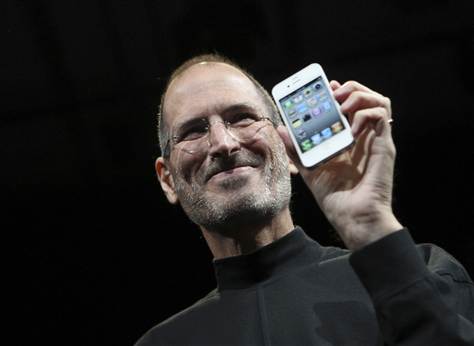 The white iPhone 4 has become some kind of a myth in the Apple rumor mill and production line with its multiple delays, reports of color and light issues, magical Japanese paint and presence on various international carriers websites. With a rumored release date of “Spring 2011”, we’re still waiting to hear of any updates from Apple in regards of this mythical device that Steve Jobs proudly showed on stage at the WWDC last year.

But forget about the white iPhone 4. Digitimes is reporting today the Chinese-language Economic Daily News paper indicated Wintek has been selected to be the “sole touch panel supply for white iPhone 5s” – reportedly shipping in June.

Wintek reportedly to be the sole touch panel supply for white iPhone 5s and may replace TPK Touch Solutions to become the leading touch panel maker worldwide in 2011 as Apple plans to focus on white models for the iPhone 5, according to a Chinese-language Economic Daily News (EDN) report.

We don’t know. But we’re pretty sure our next iPhone is going to be black.