Great news for jailbreakers this morning: the Dev-Team has been busy working on an untethered solution for the current iOS 4.2.1 jailbreak (which requires to boot the device using Redsn0w) and it should be released before Christmas. Last night, @musclenerd tweeted a video showing the untethered method running on a jailbroken iPod Touch 4th gen which relies on the kernel from iOS 4.2 beta 3.

According to @musclenerd, the current implementation doesn’t use any new exploit, but @comex is working on a better system that will perhaps be implemented in the final release.

Taking a look at the Twitter streams of @comex and @musclenerd, it also seems like the new untethered jailbreak will be released before Christmas, and will support the new Apple TV running the latest firmware. Good news for the developers of ATV Flash. 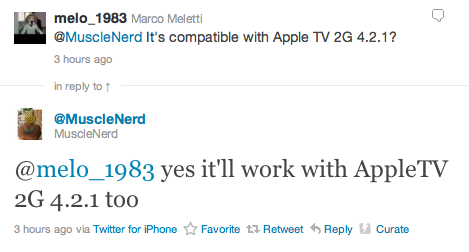 Of course, we’re looking forward to a better way to jailbreak our devices without having to boot through redsn0w every time.