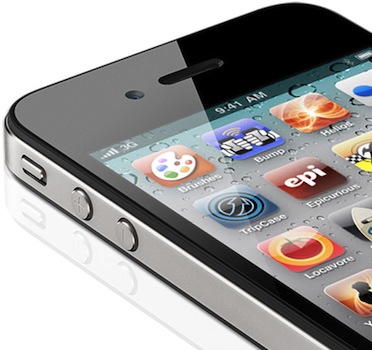 Two weeks ago we reported about a company called CutYourSim that, alongside iPhone SIM cutters and adapters, began offering a $169 “permanent and universal” unlock service that would allow users to use any GSM iPhone – likely one purchased in United States – on virtually any carrier with no jailbreak required. The service offered by CutYourSim quickly made the rounds of the Internet as, in spite of CDMA model incompatibility, it simply required users to pay an activation fee without needing to jailbreak a device, or install additional software. Speculation arose quickly about the company having gained access to Apple’s (or a carrier’s) IMEI database – thus being able to “whitelist” devices on a network by adding a GSM phone’s IMEI number to the database. As you can guess, unauthorized access to the database was likely achieved thanks to a “source” within Apple or a carrier that had access and could quickly import devices to whitelist through the IMEI identifier.

After two weeks and an alleged explosion in sales, the service has been shut down. CutYourSim doesn’t provide a real explanation on their official website, but after speaking with the founder of the company Cult Of Mac reports CutYourSim doesn’t know what’s going on, either: Apple may or may not be behind the discontinuation of the service, but CutYourSim can’t (or perhaps, doesn’t want to) detail why their service stopped working.

Unfortunately, we were not able to complete the rest of the unlocks waiting in our queue due to our suppliers being unable to offer the service anymore,” CutYourSim told Cult of Mac. “Our suppliers have told us that there is a possibility that the service may return, but they do not know when, so we have decided to start processing refunds for any orders that we were not able to complete.”

“To tell you the truth, first our supplier told us there were server issues, then after that they just told us that they will not be offering the service anymore. We are not sure where the service comes from, or whether it’s a contact through AT&T or Apple. We do know that the service is performed in the UK, but that’s about it.

CutYourSim claims the service might come back online in a few days, but the fact that they’re already offering refunds to customers who paid and couldn’t get the unlock in time is telling. Clearly Apple wasn’t pleased with the effects of a service that somehow enabled users to have their device whitelisted for any GSM network, and either through a carrier or direct investigation within the company’s database managed to track down whoever was manually adding IMEIs to the database.

You can read more about CutYourSim’s discontinued service here, and even find alternatives with a bit of Google research – but as we said in our original post, we don’t recommend any of these services. They are destined to be blocked by Apple, or carriers.