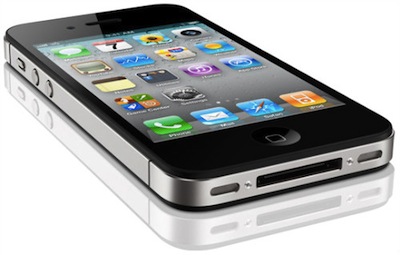 Company CutYourSim, specialized in SIM cutters and adapters for the iPhone, has launched tonight a new service that promises to provide a permanent iPhone unlock solution that doesn’t need jailbreak, additional software or hacks. The company claims their method will carry on forever through any iOS or baseband update, so users don’t have to worry about updating to the latest version of iOS. More importantly, CutYourSim says it doesn’t affect your iPhone’s warranty status “because this is an official iPhone unlock.”

How is this possible? Apparently, someone at CutYourSim found a way to “whitelist” devices by adding IMEI (International Mobile Equipment Identity) numbers to Apple’s own database – something that of course isn’t possible unless you have access to the aforementioned database. Which leads us to think Apple might soon find a way to block the service – but, then again, we don’t know all the details behind Apple’s IMEI database so we can’t judge right now. It is possible, however, that the procedure involves accessing the IMEI database from a carrier’s online backend. CutYourSim also says currently the CDMA sold on Verizon isn’t supported, and that the method doesn’t change a phone’s IMEI (which is illegal) but simply adds it to the whitelist. Interestingly, CutYourSim says this method has been around for a while (but never worked on AT&T) and was never cut off by Apple. Curious.

Previously, people who wanted to buy an iPhone from the United States at a cheaper price had to rely on tools like ultrasn0w for their unlocking needs. Otherwise, the phone wouldn’t work on an unsupported carrier. The obvious downside to hacks like ultrasn0w is that every iOS release and baseband update can “break them”, forcing iPhone users to stay on an older iOS version until a new unlocking tool is released. This is exactly what CutYourSim wants to improve by offering an unlock that works with any iOS update – again, because an iPhone’s IMEI is added to Apple’s whitelist.

Personally, I don’t recommend buying the $169 unlock process from CutYourSim as I have a feeling the whole thing is illegal and requires hacking into Apple’s own database. Still, I believe it would be interesting to know the technical details behind the process, and feedback from those who went ahead and purchased the unlock. If you did, let us know. [via @chronic]