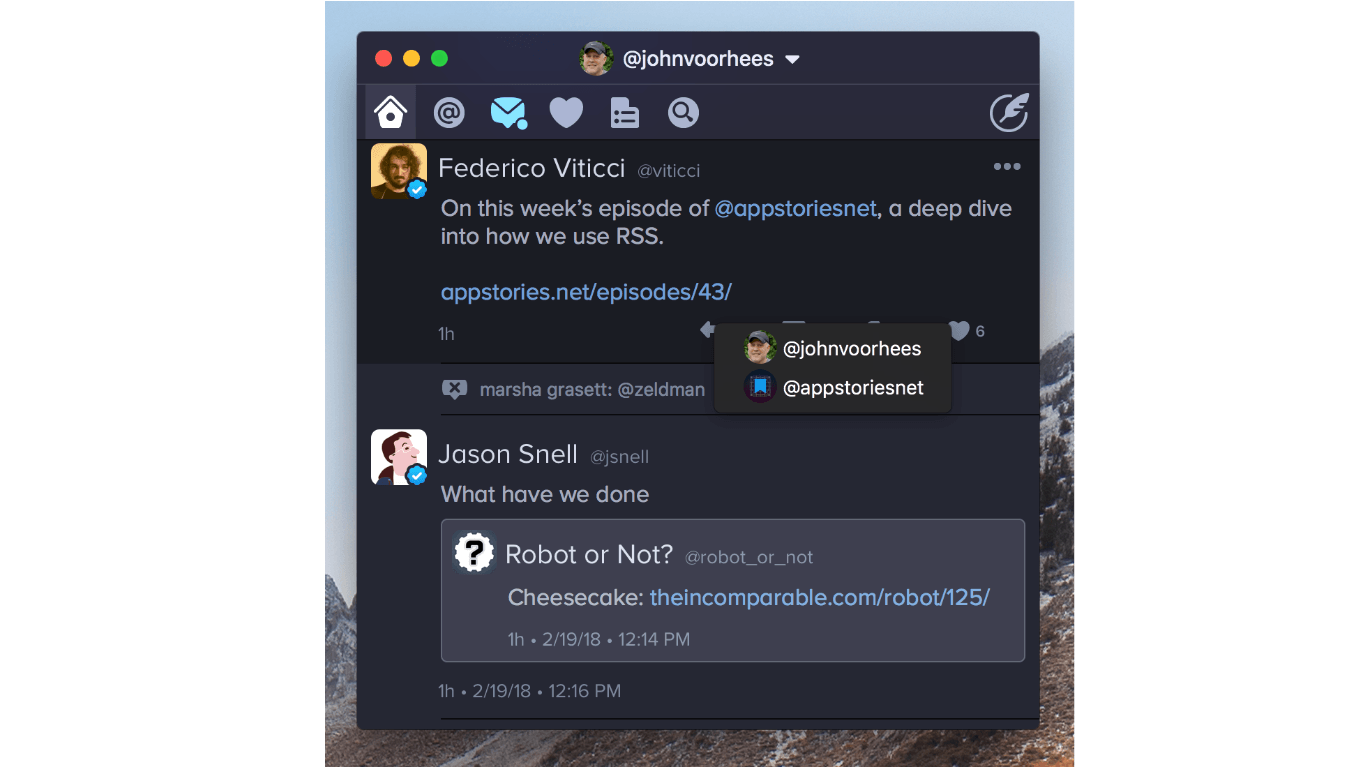 Hot on the heels of Twitter’s abandonment of its official Mac client last week, The Iconfactory announced new Twitterrific features and a price reduction.

One of the highlights of the update is enhancements to multi-account support. If you have more than one Twitter account set up in Twitterrific, right clicking on the reply, quote, retweet, or like buttons displays a popup window for choosing which account you want to use for each of those functions. Alternatively, if you are in the middle of composing a reply or quote-tweet, click on your avatar in the compose window to switch the account from which it will be sent. 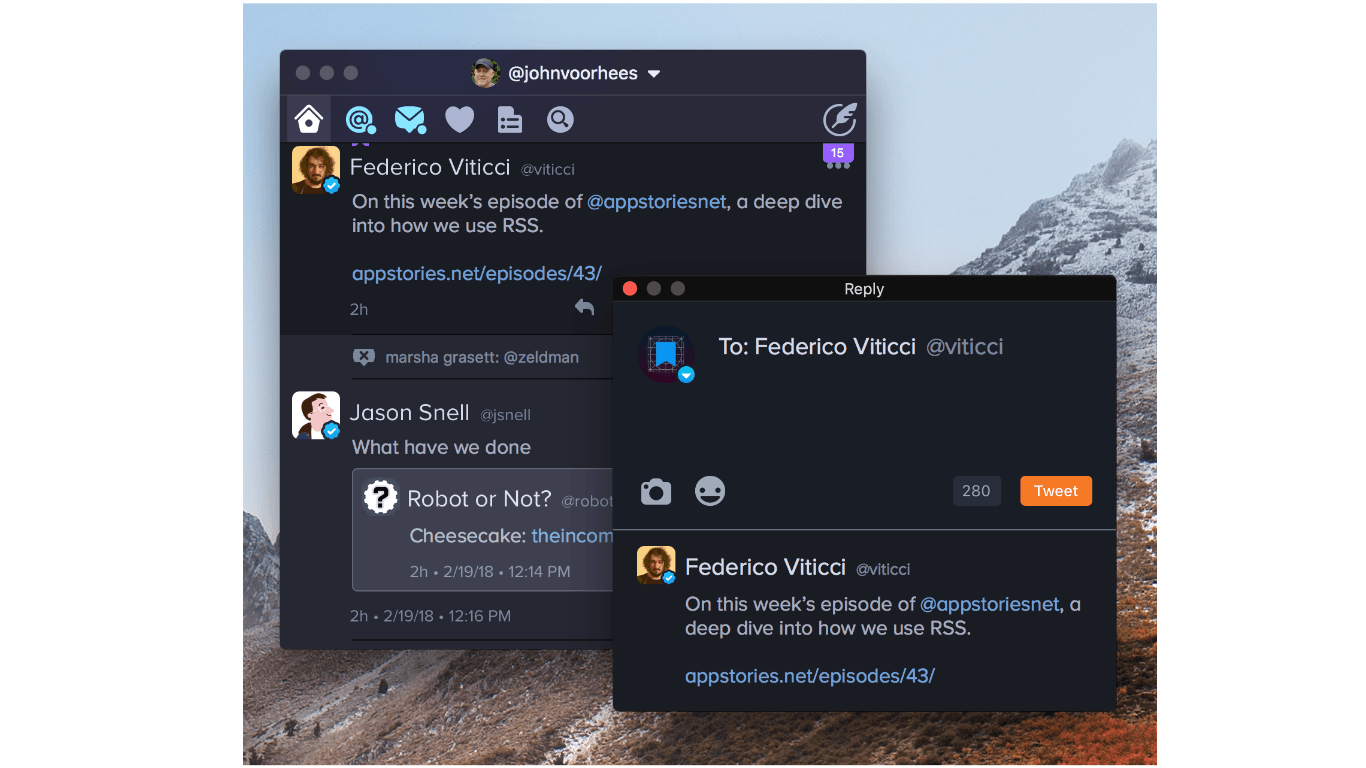 The Iconfactory has added several other nice refinements too:

Twitterrific for Mac has come a long way since the commencement of its crowdfunding campaign last winter, and many of the shortcomings of version 1.0 that I highlighted in my review last October have been addressed. It’s fantastic to see Twitterrific continue to grow and evolve, especially now that Twitter has walked away from its Mac app.

To celebrate the one year anniversary of Project Phoenix, the crowdsourced Kickstarter project that relaunched Twitterrific on macOS, the price of the app has been reduced from $19.99 to just $7.99. Twitterrific is available on the Mac App Store.