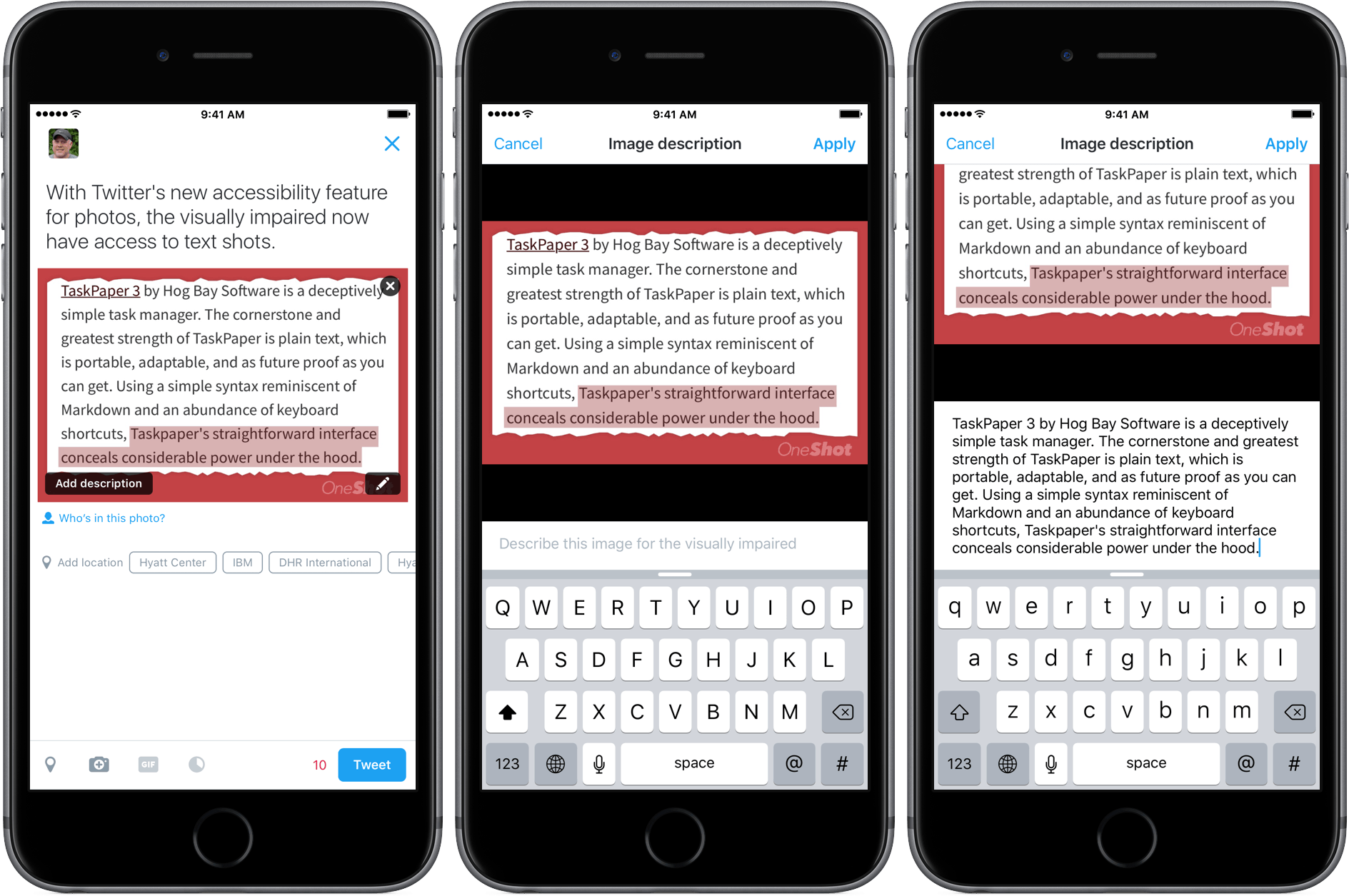 Photography has always been a big part of Twitter, and today, it announced a new accessibility feature that brings photos to the visually impaired. The new feature is simple to enable. Just go to the ‘Me’ tab in Twitter’s official client and tap the gear icon near the top of the screen. Next, go to the Accessibility section of Settings and turn on the ‘Compose image descriptions’ toggle. 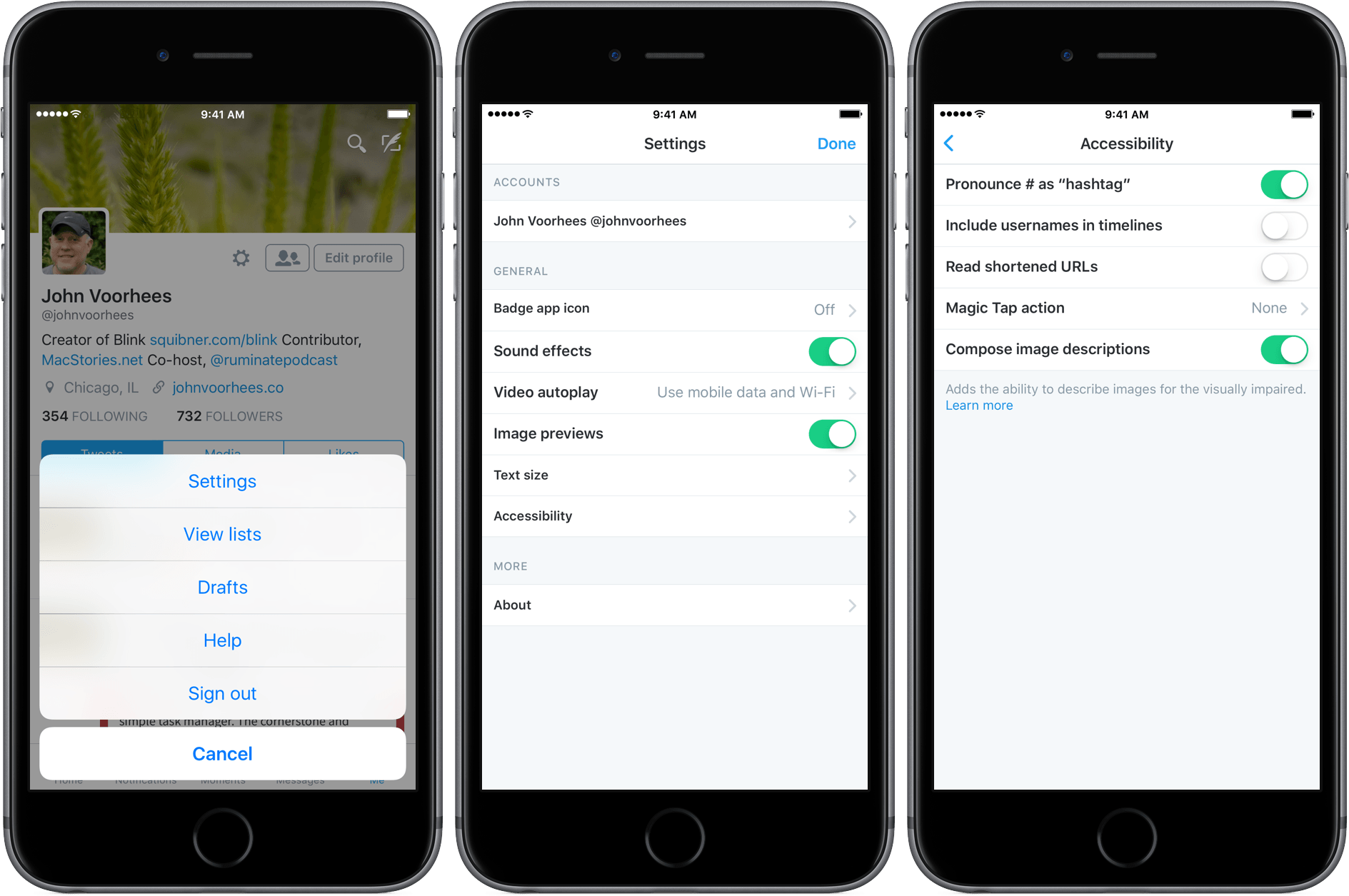 Once enabled, when you compose a tweet with an image, a button will appear in the lower left corner of the image that says ‘Add description.’ Tapping on that button allows you to add a description of up to 420 characters – three times the normal length of a tweet. Unlike some recent innovations at Twitter, photo descriptions will be available as part of Twitter’s REST API and Twitter Cards, which means third-party developers can add the feature to their own Twitter clients too.

Twitter should be commended for what is an important, and I think will prove to be a popular, feature. Not only does it bring photography to the visually impaired, but it also brings text shots, which have been widely used to get around Twitter’s 140-character limit, but criticized for being inaccessible, to a wider audience. Here’s a short video I made with a text shot of one of my recent reviews: