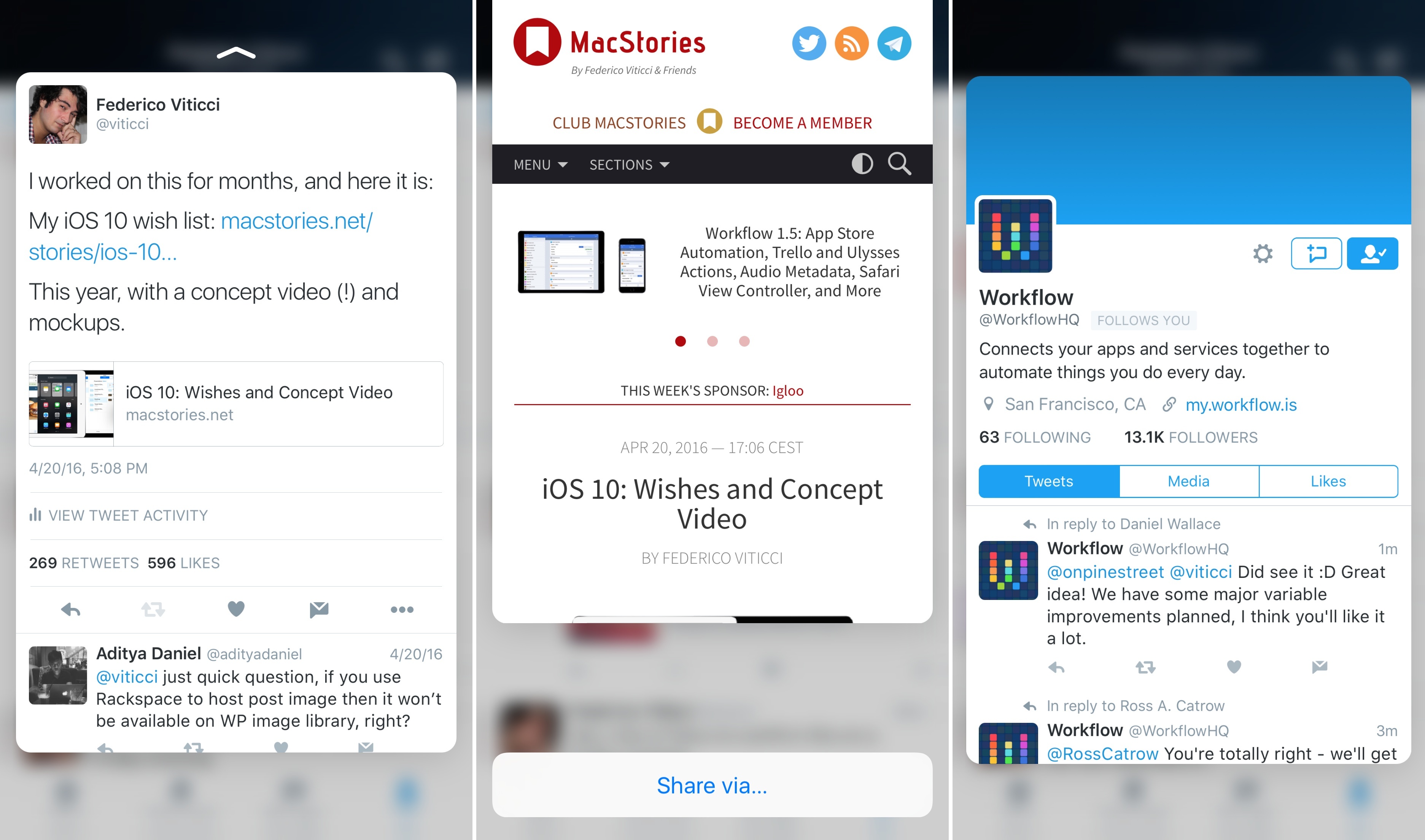 With an update released earlier today on the App Store, Twitter has extended integration with 3D Touch in their iPhone app (previously limited to quick actions on the Home screen) to peek and pop previews in the timeline and other sections of the app.

With the latest version of Twitter for iPhone, you’ll be able to press on tweets, links, pictures, and profiles to bring up a 3D Touch preview of the content. By swiping a peek upwards, you’ll also gain access to shortcuts to either share via direct message and iOS extensions or, in the case of profiles, mute, block, and report a user.

Twitter’s extended 3D Touch support isn’t as advanced as Tweetbot – for instance, peek and pop previews don’t seem to work in the Notifications tab – but it’s a step forward regardless.

You can get the latest version of Twitter for iPhone from the App Store.