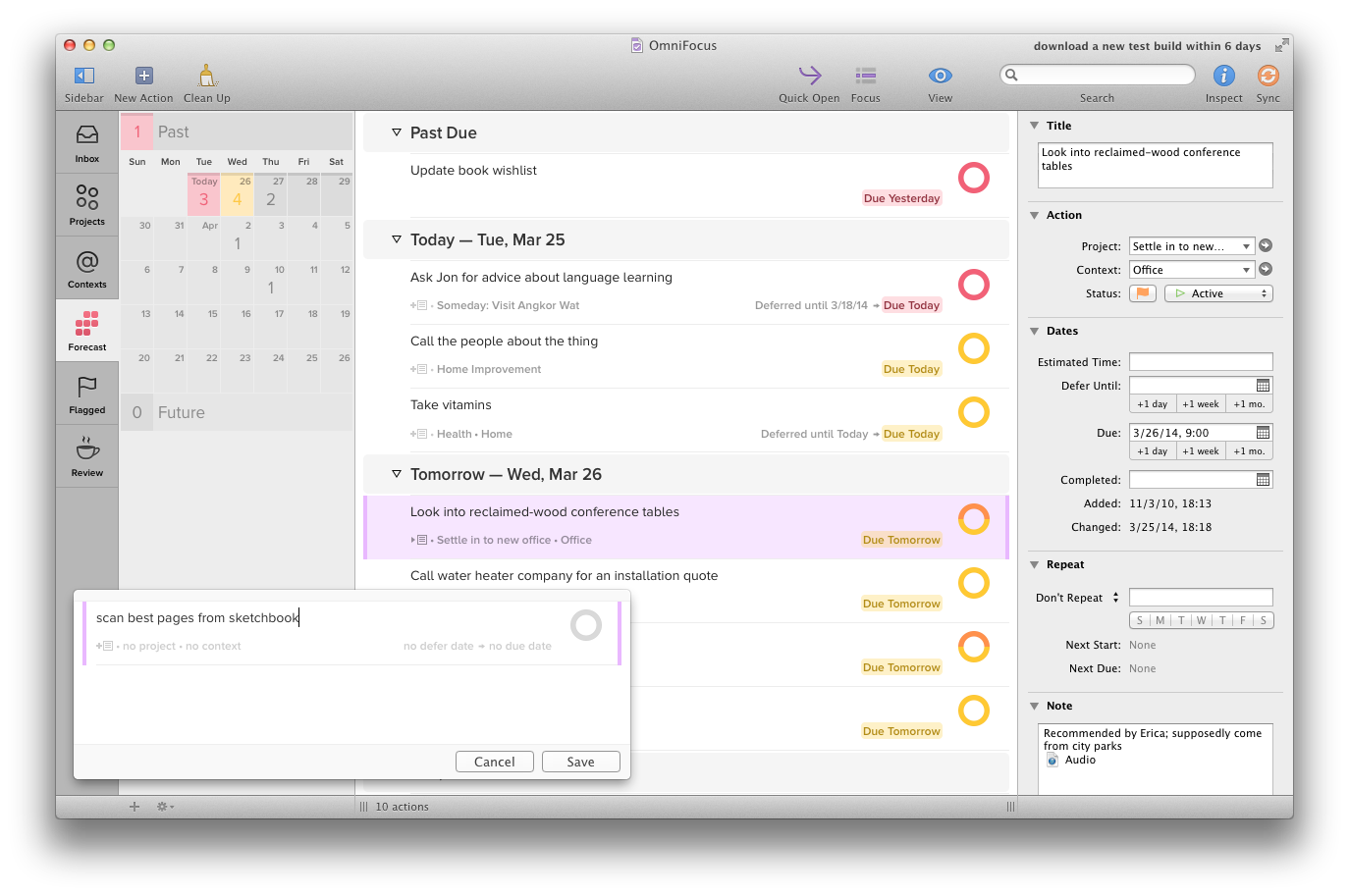 First teased in December 2012, shown at Macworld 2013, and scheduled for a 2013 release date, The Omni Group has today announced that the new version of their popular GTD app OmniFocus, OmniFocus 2 for Mac, will be released this June. The Omni Group is resuming beta testing of the app with 30,000 testers today, and expects the final round of testing to focus on the changes the app has gone through in the past few months.

When we unveiled our plans for OmniFocus 2 for Mac last year and invited you to try our test builds, it was so we could learn from you which parts of the design were working well, and which parts still needed improvement. We didn’t know what to expect, so we weren’t sure how close we might be to setting a ship date.

The feedback you provided was generally positive: the new design was easier to navigate, and the new Forecast and Review modes were making it much easier to stay on top of all your projects.

In February 2013, we interviewed The Omni Group CEO Ken Case, and he noted that navigation and taking clues from the successful iPad versions were going to be priorities for the highly anticipated new desktop version:

We also learned that the navigation needed to be reworked. Originally, OmniFocus users had all these navigational tools from the toolbar to the sidebar and as the app evolved and people were using it, it was easy to keep adding on features but for anyone new to OmniFocus it had become overwhelming. In designing OmniFocus 2, we simplified it down to only one sidebar to drill down into. All the feedback we had received from OmniFocus for iPad told us that it was the most usable version of OmniFocus to date so we knew that this was the way to go on Mac as well.

In a new screenshot of the app shared today, OmniFocus 2 appears to have gone through several stages of design iteration, with a new sidebar (possibly inspired by Apple’s new iWork apps and the company’s own OmniOutliner 4) and color highlights for buttons and other interactive elements. One of OmniFocus’ most popular features, the Quick Entry panel, will remain a key aspect of OmniFocus, which, according to Case, will also feature a Quick Open menu in version 2.0.