The New York Times has today released an update for their iPad and iPhone apps that now enables users to purchase in-app subscriptions for their content that is behind a paywall. There are three subscriptions available for the content, the first is $15 for website plus iPhone access, then $20 for website plus iPad and finally all digital access (website, iPad and iPhone) for $35 – all of which are charged on a monthly basis.

The implementation of Apple’s subscription service comes the day after the rumored deadline that was imposed by Apple. Although that deadline was made somewhat easier for content providers after Apple backed down on certain requirements of the subscription guidelines. Most notably is that they are no longer forced to offer in-app purchases or subscriptions for content and that they can offer the content at a different price to what they offer on their websites.

However, one rule that didn’t change was that if an app offered In-App purchases or subscriptions, they cannot offer users an external link to purchase content from outside the Apple ecosystem. The New York Times seems to have played nice with this rule, but has offered existing subscribers an easy way to gain access to the content for free – as is permitted by Apple. Today’s implementation comes after they first implemented their paywall for the iPad app in April of this year and nearly four months after they first promised that they would implement iOS subscriptions. It also follows the adoption of iOS subscriptions by other publications such as Wired Magazine, The Daily, The Telegraph and Bloomberg’s BusinessWeek. 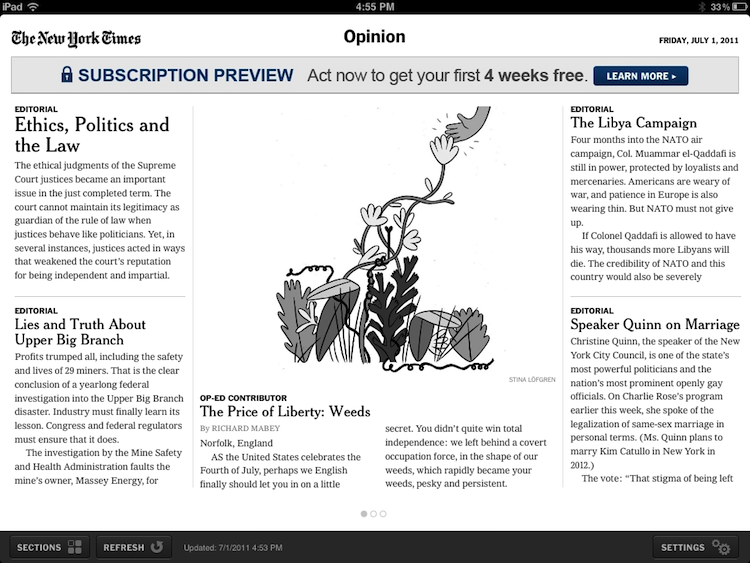 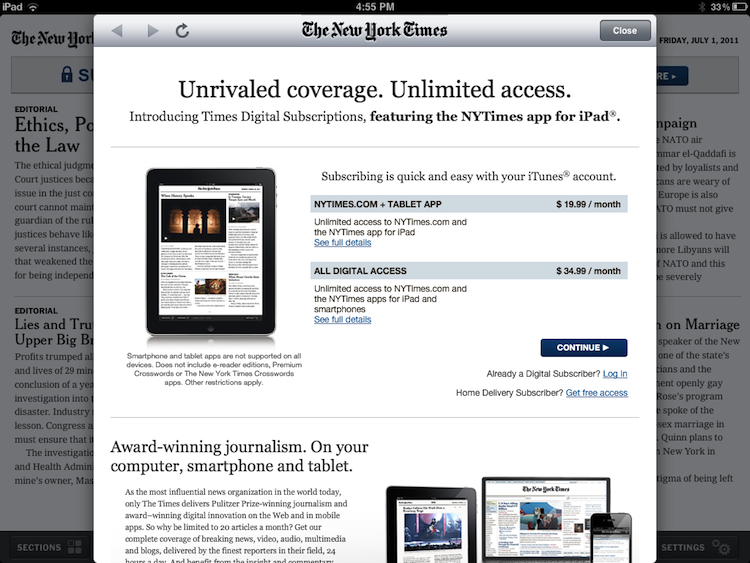 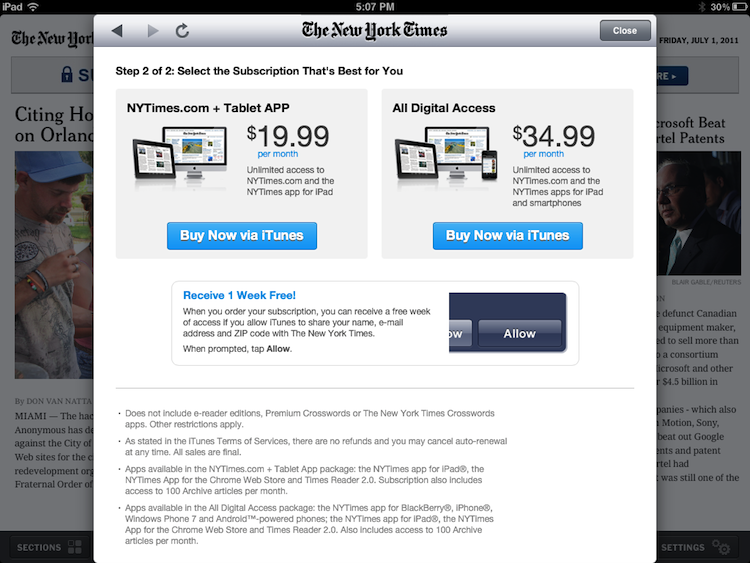