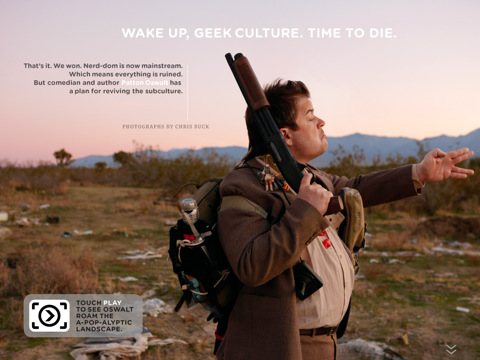 Last year, when the “Apple tablet” rumors started to grow louder and become more persistent on the Internet, many speculated such a device would be the savior of the digital publishing industry. Magazines and newspapers could finally find a new home on the rumored Apple device that was meant for reading. The iPad came out, the big names dropped their guns and released not-so-great magazine apps, the iPad didn’t save them from low sales numbers at all. According to data from the Audit Bureau of Circulations, the iPad has failed at “saving” the digital publishing industry.

To make it simple, the numbers have been a disappointment: the Wired app sold 24,000 copies in its first 24 hours in the App Store, reached 100,000 downloads in June but then fell back to 31,000 monthly downloads between July and September and 23,000 in November. That’s a rapid decline indeed. Want more numbers? Vanity Fair sold 8,700 copies in November, Glamour went down to 2,775 downloads. GQ? Only 11,000 sales in November. Men’s Health has the worst performances with 2,000 copies sold in September and October.

Sure, the iPad hasn’t saved magazines if you look at the big picture. But let me tell you one thing: magazines haven’t done anything in their power to stand out on this new platform either. Developers of these magazine apps did, at best, optimize old PDF versions of a publication for the tablet’s screen, ignoring Apple’s user interface guidelines and people’s request for easier sharing options on Facebook and Twitter. Heck, they didn’t even make sure text was selectable in their apps. And it’s not that Apple has weird policies or “too much control” on apps: people, users, actually care about well-realized software. When they see something that’s been quickly converted or squeezed into a 10-inch screen, they don’t download. Or they stop buying. That’s what happened with the Wired app.

I understand big publications would rather have a single “tablet version” to use on a variety of devices such as the iPad or other Android tablets. I also understand that the lack of monthly subscriptions gets in the way with selling updates to App Store users. But a good app? That should always be the starting point.