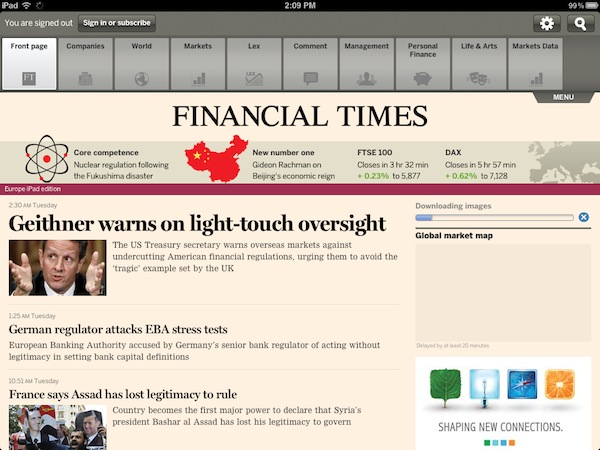 The statistic comes from Media Week which says Financial Times is about to hit 200,000 downloads of the web app after getting 100,000 downloads in its first week. Given the apparent success of the app (although it remains to be seen how many people will subscribe) it could see other news publications move to the web app model instead of developing a native app. Publishers that develop a native app and charge a subscription fee must give up 30% of revenues to Apple – something all publishers have been somewhat hesitant of doing.

It is not known whether Apple’s revised In-App subscription guidelines will entice The Financial Times back to offering their native app. But they did comment on Media Week’s article, saying:

“We’ve seen strong demand for the FT web app since its launch. We have an ongoing marketing campaign encouraging users to migrate to the new platform and we’re confident we can maintain the momentum.”

[Via The Next Web]