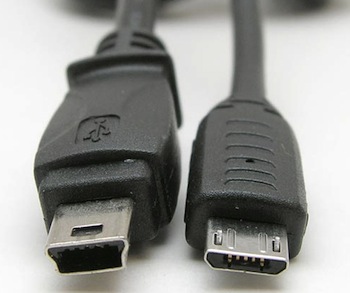 The European Commission is now expecting the first generation of standard micro-USB-enabled smartphones to become available “in the first months of 2011”. This includes devices from the 13 companies that signed the agreement in 2009: Apple, Motorola, LG, Nec, Nokia, Samsung and Sony Ericsson are among those companies.

Put simply, this change will allow users to charge their smartphones using a single, universal micro-USB connector. According to the European Commission, this will lead to a better user experience and less environmental damages thanks to the lack of multiple and different chargers.

It is unknown whether Apple will introduce a micro-USB charger in the next generation iPhone and iPad 3G (data-enabled devices are included in the new policy, too), although it seems likely at this point. Apple might as well delay the availability of universal chargers in its devices until 2012, but the European Commission seems to believe all major companies will agree to the policy and update their charging systems. If Apple will have to introduced a micro-USB charger in Europe, we speculate that the U.S. market will face a similar change as well.