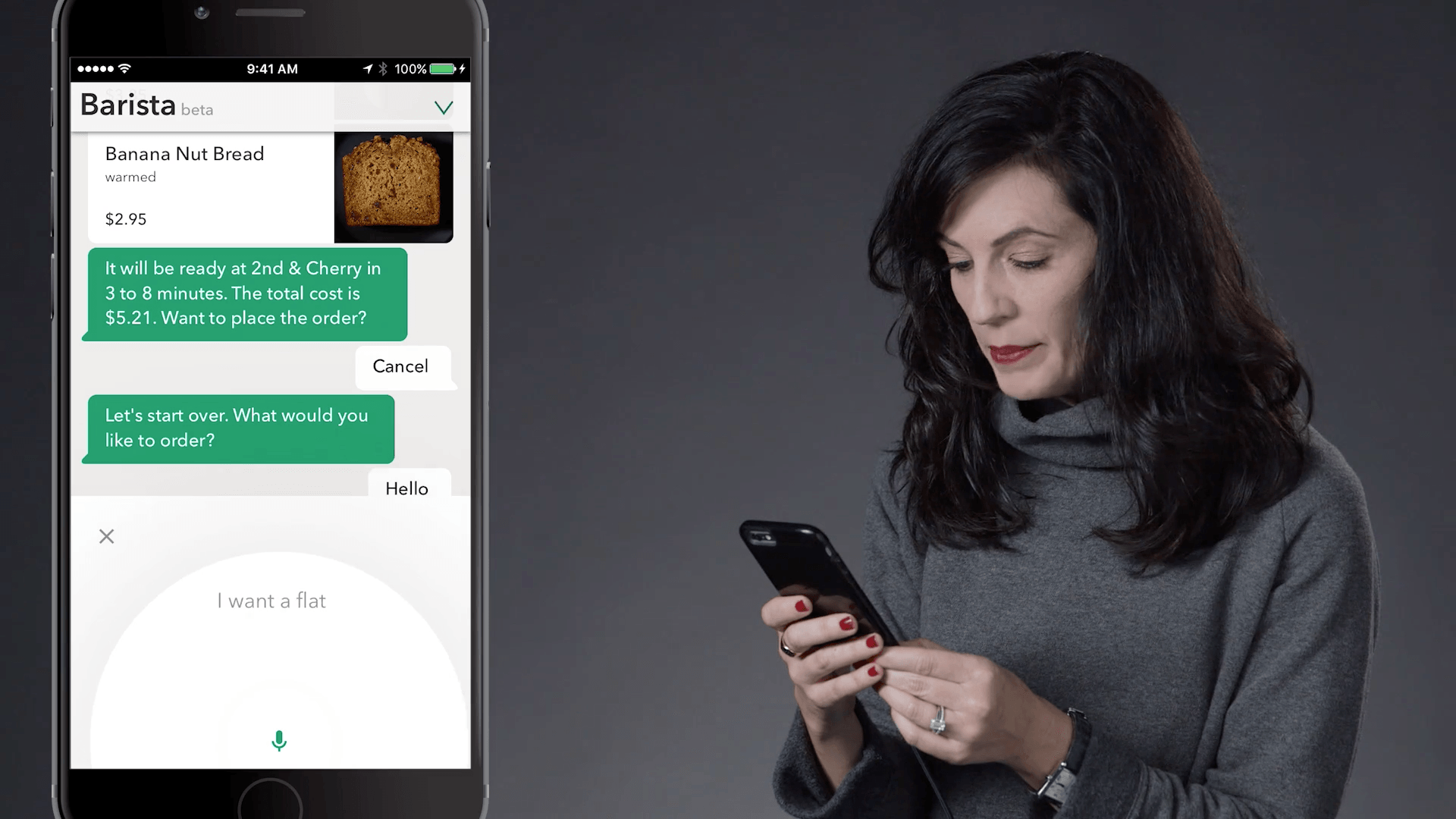 Starbucks has started a limited beta test of voice-assisted ordering via its iOS app. The beta is currently limited to 1000 users but will expand through the summertime. Android support is slated for later this year.

The feature, called My Starbucks barista, is part of the Starbucks iOS app and gives customers the ability to order, make changes to their order, and pay via voice. The feature’s interface is reminiscent of a messaging app and lets you interact by typing into a text field if you prefer that to voice.

Starbucks also announced the Starbucks Reorder Skill for the Amazon Echo. Customers can say ‘Alexa, order my Starbucks’ to order items designated as their ‘usual’ food and beverage order.

What Starbucks is implementing in its iOS app isn’t possible with Siri yet. Hopefully, this sort of experimentation will push Apple to open Siri faster to avoid the fragmentation that could result in multiple solutions being implemented across many vendors.