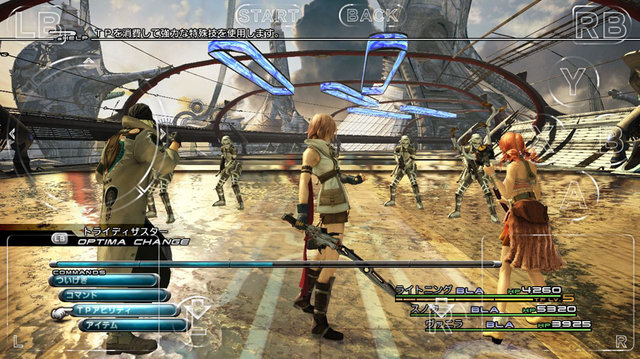 Square Enix announced their new video game streaming service earlier today, coming next month as an app for iOS and Android. Dive In, slated to launch on October 9th in Japan, will allow iOS users to play Final Fantasy VII and Final Fantasy XIII by streaming them from the company’s cloud, for a fee.

Kotaku writes about the games that will be added after the initial rollout:

Dive In will let gamers try out the titles in a thirty minute demo, free of charge. Streaming blocks of three days, ten days, thirty days, and 365 days, however, will require a fee—a fee which can vary from game to game.

Prices will vary from around $2 dollars for a three days’ worth of streaming to $12 for thirty days. According to the Dive In website, the app will run on both phones and tablets, with a 3Mbps WiFi connection required to stream and play games (6Mbps recommended).

In screenshots posted by Inside Games, Final Fantasy VII and XIII are shown with on-screen controls to make up for the lack of physical input on iOS and Android; at this point, it’s not clear whether Dive In will support iOS game controllers or if the app will eventually expand to OS X.

Last month, Square Enix confirmed that they would continue to port older titles in Dragon Quest series to mobile devices. Dive In appears to be part of the company’s Project Flare, a technology first announced in November 2013 and set to power several of the company’s future initiatives in cloud gaming.